At Consortiumnews, we combine reporting on current events with the historical context that gives those events meaning, a context that is often lacking in the mainstream media. So a selection of our stories from 2014 offers an intriguing way to look back and to understand the pivotal events of the year just ended. 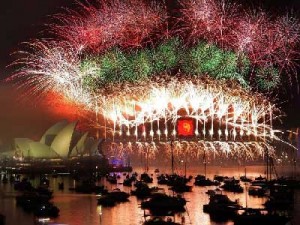 “What Neocons Want from Ukraine Crisis” by Robert Parry, March 2, 2014

“Why Europe Shies from Ukraine Showdown” by Andres Cala, March 26, 2014

“Was Turkey Behind Syria-Sarin Attack” by Robert Parry, April 6, 2014

“What Venezuelan Regime Change Could Mean” by Andres Cala, April 15, 2014

“Prepping for a Ukrainian Massacre” by Robert Parry, April 22, 2014

“The Real Villains of the Bergdahl Tale” by Ray McGovern, June 4, 2014

“The Only Standards Are Double Standards” by Robert Parry, June 4, 2014

“Tracing the Source of Income Inequality” by Jim DiEugenio, June 6, 2014

“Leaving the USS Liberty Crew Behind” by Ray McGovern, June 8, 2014

“Plunging toward Armageddon in Israel” by William R. Polk, July 9, 2014

“Was Putin Targeted for Mid-Air Assassination?” by Robert Parry, Aug. 8, 2014

“The EU Wobbles Amid Conflicting Priorities” by Andres Cala, Nov. 20, 2014

To produce and publish these stories and many more costs money. And except for some book sales, we depend on the generous support of our readers.

So, please consider a tax-deductible donation either by credit card online or by mailing a check. (For readers wanting to use PayPal, you can address contributions to our account, which is named “consortnew@aol.com”).

← Murdoch, Scaife and CIA Propaganda
A ‘Cordial Rivalry’ for US and Iran? →