Exclusive: Israeli officials claim they have dealt Hamas a punishing blow through a month-long military campaign that killed more than 1,800 Gazans, including many children. But the “victory” may come back to haunt Israel in the revulsion sweeping Europe and elsewhere, writes Andrés Cala.

Israel’s most recent war against Hamas in Gaza is following a short-term script similar to previous clashes, but it may contribute to a longer-term geopolitical shift especially in Europe that could shape how the Israeli-Palestinian conflict plays out in the future.

Like in the past, Israel has more than enough geopolitical support or silent complicity from Western governments, even if the rest of the world condemns Tel Aviv for its disproportionate use of force and the terrible civilian death toll, now approaching 2,000 Gazans killed, including many children. 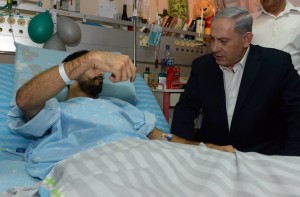 During the four-week-long onslaught, Israel has found that it’s getting harder to justify its overwhelming assault on the narrow Gaza Strip, especially attacks on United Nations-designated buildings shielding civilian refugees. But Israel apparently is willing to ignore the global outrage as long as its vital Western allies chiefly the United States continue to insist Israel has “a right to defend itself.”

But European public opinion with discreet and isolated political consequences so far is turning decisively against Israel’s use of force against the 1.7 million Gazans who are blockaded on all sides by Israel and Egypt’s military regime. Though most European governments continue to mute their criticism of Israel, popular disgust with these periodic attacks — called “mowing the grass” in Israel — could tilt the geopolitical balance in favor of the Palestinians.

This week, Sayeeda Warsi, a baroness and Britain’s first Muslim to serve in the Cabinet, resigned as senior minister of state at the Foreign Office and quit as a minister for faith and communities to protest her government’s reaction to Israel. “With deep regret I have this morning written to the Prime Minister (and) tendered my resignation. I can no longer support Govt policy on #Gaza,” Warsi wrote on Twitter.

Recently, Prime Minister David Cameron increased his criticism of Israel, calling the targeting of civilians “wrong and illegal,” although he stepped short of imposing any real consequence on Israel. His government though did say it was reviewing arms deals with Israel worth $13.5 billion to make sure the weapons are not used in Gaza. Spain too suspended its minute arms shipments to Israel.

Despite the lack of serious action by European governments, the political consequences for Israel are starting to deepen because of the shift in public opinion. Until now, Europe’s dominant political leaders have remained in support of Israel’s narrative, asserting that it is a democratic state forced to act against “terrorists.” But the rival narrative is gaining grassroots acceptance, seeing Palestinian militants as freedom fighters waging a desperate David-and-Goliath struggle against a cruel oppressor who has for generations denied Palestinians human dignity and the right to a homeland.

The diplomatic shield offered by the West has given Israel pretty much a free hand, but the latest assault and the worldwide revulsion that is has provoked could crack that shield. While most Europeans have little sympathy for Hamas and its firing of indiscriminate missiles into Israel, the bellicose Israeli policies and the endless excuses for avoiding a peace deal with the Palestinians have changed the balance, with public pressure demanding that European governments hold both sides equally accountable.

In other words, while European public opinion still regards Hamas as a pariah, Israel is now in the running for this pariah derby, a loss of sympathy that could have serious consequences for Israeli diplomatic and economic standing over time.

Israel’s public justification for its latest offensive against Gaza is to diminish the ability of Hamas to target Israel through a network of tunnels and the launching of rockets. But the excessive violence and escalating death toll gives the appearance of Israel inflicting collective punishment on Gaza’s population.

The boldness of hawkish Prime Minister Benjamin Netanyahu reflects Israeli public opinion that has grown frustrated with even the idea of seeking peace with the Palestinians and has settled instead for living under a security shield. Some Israelis even talk about the need to “finish the job” once and for all, as unrealistic and as inhumane as that prospect might be.

In recent days, Israeli public opinion has been more focused on the human-interest stories around the 65 Israeli soldiers who have died in the Operative Protective Edge than the far higher number of Palestinian victims, including children. There is even talk in Israel that Netanyahu’s greatest political challenge may be in explaining why the Israeli death toll is higher this time than in other punitive campaigns against Gaza.

Yet, elsewhere in the Middle East and increasingly in Europe the sentiment is different. The suffering of Palestinian civilians, especially the killing of children, has dominated the news, meaning that Israelis are growing more and more disconnected from the world’s public opinion and more and more dependent on the goodwill of the United States and European officialdom.

While it appears unlikely at least in the near term that Israeli actions will endanger American support, the alienation and even anger felt by the European public is beginning to drive a wedge between Israel and some European leaders.

Even before Netanyahu ended the latest round of peace talks and began his bombardment of Gaza, relations with Germany, for instance, were described as reaching a nadir. Though Germany as penance for the Holocaust has historically lent strong support to the Jewish state, Netanyahu’s insistence on expanding Jewish settlements on Palestinian lands has soured the relationship.

Those tensions have only worsened in recent months, forcing Israel to worry about its long-term ability to maintain economic ties to Europe, the top destination of Israeli exports. If Europe decides to wield its economic and diplomatic club, Israel could find its national welfare in jeopardy, though arguably that prospect remains remote.

The official foreign policy of the European Union and its member countries is not unlike Washington’s, minus the extraordinary clout that the Israel Lobby maintains in U.S. politics. But European public opinion and the mainstream media show much more diversity toward Israeli policies than one normally sees in the United States where any criticism of Israel is politically risky.

Some European countries, such as the Czech Republic and the United Kingdom, remain staunchly in Israel’s camp while Spain and Italy demonstrate strong sympathies for the Palestinians. As anger over the Gaza devastation has mounted, some of the fury has spilled over into anti-Semitism, enabling Israel to hit back at European criticism by highlighting these ugly displays of bigotry. Israeli officials have lumped together any criticism of its disproportionate attack on Gaza with these anti-Semitic incidents.

But this anti-Semitism has been a fringe phenomenon with anti-Jewish attacks committed by small extremist groups, some from Muslim immigrant communities. These acts do not reflect broader European public opinion, which has condemned violence, in general, and the targeting of European Jews, in particular. The preponderance of criticism of Israel has focused on its harsh policies and has drawn clear distinctions between the Israeli government and Jews.

However, opinions about Israel are much more critical. A Pew poll in 2013 found 44 percent of the British had an unfavorable opinion of Israel, 62 percent in Germany, and 65 percent in France. In other words, opposition to Israeli government policies has been rising throughout most of Europe, while anti-Semitism has declined.
In polls taken since the most recent Israeli invasion, the British public thinks both Hamas and the current Israeli government are guilty of war crimes in almost equal shares. In Germany, another poll showed more than half of the population splits the blame between Hamas and Israel. Europeans are also critical of their governments for their pro-Israeli bias. Close to 90 percent of Germans said their government should not publicly defend Israel.

How long before the disproportionate attacks on Gaza trigger a permanent shift in European public opinion? Netanyahu owes Israelis that answer.