Across the Western world, there has been a clamping down on meaningful dissent, including secret information that is withheld from the public in the name of national security. And there has been a failure to contest this assault on democracy, writes ex-UK intelligence officer Annie Machon.

I regularly revisit the famous Pastor Martin Niemoeller poem from the Nazi era as his words remain resonant in our post-9/11, “war on terror” world. Over the last week threads of various alarming stories have converged, so here is my latest update:

First they came for the Muslims, but I was not a Muslim so did not speak up. 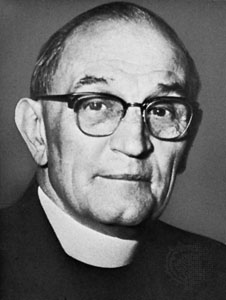 Then they came for the “domestic extremists,” but I was not an activist so did not speak up.

And when they came for me, there was nobody left to speak up for me.

Allow me to explain this current version. Some readers will be well aware of my horror at the global rape of basic human rights in the West’s “war on terror” since 9/11: the kidnappings, the torture, the CIA presidentially-approved weekly assassination lists, the drone bombings, the illegal wars….

All these measures have indeed targeted and terrorized the Muslim community around the world. In the UK I have heard many stories of British Muslims wary of attending a family event such as a wedding of their cousins in Pakistan or wherever, in case they get snatched, tortured or drone bombed.

Now it appears that even British citizens who choose to donate to UK charities offering humanitarian relief in war zones such as Syria can be arrested under counter-terrorism laws.

Moazzam Begg, the director of Cage (the UK NGO campaigning about the community impact of the war on terror) was again seized last week. As I have written before, this is a man who has already experienced the horrors of Bagram airbase and Guantanamo. When he was released he became a campaigner for others in the same plight and set up the Cage campaign which has gained quite some traction over the last few years.

Over a year ago, he visited Syria on a fact-finding mission, investigating those who had been summarily detained and tortured in the conflict. Last December, he had his passport seized on spurious grounds. He wrote about this trip quite openly, and yet now, a year on, has been arrested and charged with “training terrorists and fund raising” in Syria.

This is a high-profile campaigner who operates in the full glare of the media. How credulous does one have to be to believe that Begg, after all his experiences and running this campaign, is now involved in “terrorism”?  Really, anyone?

Since then, other people involved in British charities offering aid to the displaced peoples of Syria have also been scooped up. But this is just affecting the British Muslim community, right? There’s “no smoke without fire,” and it does not impinge the lives of most people in the UK, so there has been no widespread outcry…. so nobody speaks up.

Then we have the ongoing “war on whistleblowers” that I have discussed extensively. This affects every sector of society in every country, but most seriously affects whistleblowers emerging from central government, the military and the intelligence agencies. They are the ones most likely to witness the most heinous crimes, and they are the ones automatically criminalized by secrecy laws.

This is most apparent in the UK, where the Official Secrets Act (1989) specifically criminalizes whistleblowing, and in the USA, where President Barack Obama has invoked the 1917 Espionage Act against whistleblowers more times than all other presidents combined over the last century. If that is not a “war on whistleblowers,” I don’t know what is.

This, of course, is a paranoid over-reaction to the work of WikiLeaks, and the brave actions of Chelsea Manning and Edward Snowden. This is what Obama’s government deems to be the “insider threat.” Yet it is only through greater transparency that we can operate as informed citizens; it is only through greater accountability that we can hope to obtain justice. And in this era, when we are routinely lied into illegal wars, what could be more important?

But intelligence and military whistleblowers are rare, specialized and easy to stigmatize as the “other” and now, the insider threat – not quite of the normal world. The issues they disclose can seem a bit remote, not linked to most people’s daily experiences so nobody speaks up.

But now to my third revamped line of the Pastor Niemoeller poem: the activists or, to use current police terminology, the “domestic extremists.” This, surely, does impinge on more people’s experience of life. If you want to go out and demonstrate against a war, in support of Occupy, for the environment, whatever, you are surely exercising your democratic rights as citizens, right?

Er, well no, not these days. I have written before about how activists can be criminalized and even deemed to be terrorists by the police (think London Occupy in 2011 here). I’m thinking of the ongoing British undercover cop scandal which continues to rumble on.

For those of you outside the UK, this is a scandal that erupted in 2010. There is was a section of secret police who were infiltrated into activist groups under secret identities to live the life, report back, and even potentially work as enablers or agents provocateurs. As the scandal has grown it appears that some of these cops fathered children with their targets and spied on the grieving families of murder victims.

This sounds like the East German Stasi, but was happening in the UK in the last couple of decades. A government inquiry has just been announced and many old cases against activists will be reviewed to see if tarnished “evidence” was involved in the trials and subsequent convictions. But again this does not affect most people beyond the activist community so nobody speaks up.

Now, people who have always assumed they have certain protections because of their professions, such as lawyers and journalists, are also being caught in this dragnet. Julian Assange’s lawyer, Jennifer Robinson, discovered she was on a flight watch list a few years ago. More recently, Jesselyn Radack, human rights director of the U.S. Government Accountability Project and legal adviser to Edward Snowden, was stopped and interrogated at the UK border.

And just this week a Dutch investigative journalist, Brenno de Winter, was unable to do his job since his name was placed on alert in all national government buildings. The police accused him of hacking-related crimes and burglary. They had to retract this when the smear campaign came to light.

Brenno has made his name by freedom of information requests from the Dutch public sector and his subsequent investigations, for which he was named Dutch Journalist of the Year in 2011. Hardly subversion, red in tooth and claw, but obviously now deemed to be an existential, national security threat to the Netherlands.

Nor is this a Dutch problem – we have seen this in the U.S., where journalists such as James Risen and Barrett Brown have been hounded merely for doing their jobs, and the Glenn Greenwald’s partner, David Miranda, was detained at London Heathrow airport under counter-terrorism laws.

Journalists, who always somewhat complacently thought they had special protections in Western countries, are being increasingly targeted when trying to report on issues such as privacy, surveillance, whistleblower disclosures and wars.

Only a few are being targeted now, but I hope these cases will be enough to wake the rest up, while there is still the chance for them to take action before there is nobody left to speak up for us.

Annie Machon is a former intelligence officer in the UK’s MI5 Security Service (the U.S. counterpart is the FBI). She is also a British member of Sam Adams Associates for Integrity in Intelligence.

← The Flaw in ‘Cornering’ Russia
How Reagan Enforced US Hypocrisy →

4 comments for “The West’s ‘War on Democracy’”