Oklahoma’s Gov. Fallin, who pushed for Tuesday’s execution of Clayton Lockett, is promising an “independent” review of the ghoulish process that left him writhing in pain as panicked officials pulled the shades on witnesses and later said he died of a heart attack, reports Richard L. Fricker.

The botched execution of convicted murderer Clayton Lockett, in which he writhed in pain for 43 minutes before dying of an apparent heart attack, has brought demands for an independent investigation into Oklahoma’s execution protocols.

Eyewitnesses reported that Lockett appeared to suffer in pain, uttered some words and tried to rise off the gurney during his death struggle Tuesday night. It was not the quick and painless death that Attorney General Scott Pruitt had promised the State Supreme Court and the Court of Criminal Appeals. 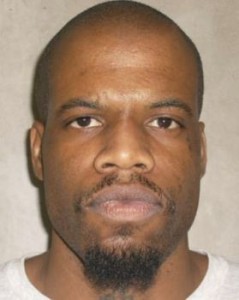 The execution was “horrific,” according to seasoned reporters present. The White House weighed in with a statement saying the execution “fell short of humane standards.” Investigation demands have come from attorneys, religious leaders, legislators, and capital punishment opponents who recoiled at this prolonged death at the hands of executioners for Oklahoma’s Department of Corrections.

Lockett was the first of two inmates slated to be killed by the state Tuesday night. Following Lockett’s experience, Republican Gov. Mary Fallin granted a 14-day stay to Charles Warner, another convicted murderer, while DOC reviewed their execution protocols.

On Wednesday afternoon, Fallin announced she had appointed Public Safety Commissioner Mike Thompson to “independently” investigate the execution. Thompson is a Fallin appointee and a member of her cabinet. Whether or not Thompson’s appointment will satisfy those wanting an “independent” investigation remains to be seen. Thompson was in the execution chamber while Lockett was in his death throes.

Any investigation of the incident will, out of necessity, include an examination of the protocols and actions of the Department of Corrections. The head of the DOC, Robert Patton, is also a Fallin appointee.

An immediate call for an investigation came from Federal Public Defender Madeline Cohen who had represented the two inmates in their conviction appeals before the Tenth Circuit Court in Denver. She was present at the execution and sent a text at that time saying, “Awful, awful no executions in OK until full investigation and complete transparency.”

The “transparency” to which she referred involved the type of drugs, their source and any testing of the drugs. She also seriously questioned the DOC account of the exact cause of Lockett’s pain. The DOC claimed the problem came from a ruptured vein in Lockett’s arm.

Lockett and Warner were slated to be executed with an unproven cocktail of chemicals of unknown origin. Attorney General Pruitt had relied on a 2011 statue, HB 1991, which dropped a veil of secrecy over the entire execution protocol, particularly the source of the drugs to be used.

HB1991 was in response to pharmaceutical manufacturers refusing to provide drugs to states for use in executions. Lockett and Warner had made an unsuccessful challenge of HB1991. Oklahoma District Court Judge Patricia Parrish ruled the law unconstitutional, but she was reversed by the Oklahoma Supreme Court.

Parrish’s reversal came only after the Supreme Court issued a 5-4 stay of execution for Lockett and Warner until they had ruled on the issue. Gov. Fallin countered by granting her own stay, but only for seven days. This left open several questions regarding the separation of powers. The most overriding of those questions was: could the Governor execute someone under the protection of the Supreme Court?

The matter was settled the next day when the court reversed Judge Parrish and lifted the court-approved stay, setting the stage for what was to be the first double execution since 1937.

In the meantime, Republican State Representative Mike Christian introduced a bill calling for articles of impeachment against the five judges who voted to grant the stay. The impeachment bill still remains within the confines of the state House of Representatives.

Attorney General Pruitt did reveal the state planned to use a chemical cocktail which included midazolam, a drug used for inducing sedation, as its first ingredient. Midazolam had never been used by Oklahoma, although it had been used in other states. The next step would be the injection of a paralytic followed by potassium chloride.

The execution got underway at 6:23 p.m., 23 minutes late. As the midazolam began to flow medical personal in the death chamber said Lockett was unconscious at 6:33 and the other drugs were administered. Reporters who viewed the execution have said that was not the case.

Lockett began to lurch and speak, the witnesses said. According to Ray Pearcey, managing editor of Tulsa’s Oklahoma Eagle, “The doctor walked over and looked at him, and said ‘he’s still conscious.’ The people in the room had a look of horror.”

Shortly thereafter the screen was closed and the reporters were ushered out of the room. Nothing more was heard from the state until DOC Director Patton announced he had used his own authority to halt the execution.

At 7:06 p.m, reporters received the announcement that Lockett was dead. According to Patton, he died of heart failure. The official version is that the execution was halted because of a vein failure, the vein “exploded,” according the Patton.

The outcry over the execution was immediate. Attorney David Autry said Lockett died the death he did because the state was in a hurry to carry out the executions. He termed the use of untried drugs of unknown origin an “experiment.”

In the ensuing hours more questions began to emerge. Gov. Fallin became the focal point of much of the anger due to her insistence, along with that of Attorney General Pruitt, that the executions should be carried out as soon as possible with as much protocol secrecy as possible.

Fallin issued a statement at 8:22 p.m. which said in part, “Execution officials said Lockett remained unconscious after the lethal injection drugs were administered.” However, reporters had already gone public with stories of Lockett being conscious.

Fallin’s statement was also questionable because reporters were noting that Patton made several calls before halting the execution. Considering that he is the head of DOC, who would he be calling? The only authority above him is the governor. Would it be reasonable he would call the governor and not tell her Lockett was active and trying to speak?

Another question, especially regarding Thompson as independent investigator, was that Thompson was called from the death chamber to take a phone call. Who would be important enough to take a cabinet minister away from such a crisis situation?

Ryan Kiesel, executive director of Oklahoma’s ACLU, issued a statement Tuesday evening decrying the execution saying, “In Oklahoma’s haste to conduct a science experiment on two men behind a veil of secrecy, our state has disgraced itself before the nation and world.”

He continued, “This evening we saw what happens when we allow the government to act in secret at its most powerful moment and the consequences of trading due process for political posturing.”

On Wednesday morning, the Oklahoma Coalition to Abolish the Death Penalty issued a statement saying, “We demand that the state halt all executions and carry out an independent investigation. The death penalty is clearly untenable and cannot continue.”

The Roman Catholic Archbishop of Oklahoma City issued a statement saying, “How we treat criminals says a lot about us as a society. We certainly need to administer justice with due consideration for the victims of crime, but we must find a way of doing so that does not contribute to the culture of death, which threatens to completely erode our sense of the innate dignity of the human person and of the sanctity of human life from conception to natural death.”

The Most Rev. Paul S. Coakley concluded, “The execution of Clayton Lockett really highlights the brutality of the death penalty, and I hope it leads us to consider whether we should adopt a moratorium on the death penalty or even abolish it altogether.”

House Minority Leader Scott Inman said, while noting the Democratic caucus will not meet until Monday, said he endorses an independent investigation.

Attorney General Pruitt, who had refused to reveal the drugs to be used and their price, called for “transparency and impartiality in the fact-finding surrounding this execution” saying that “will give Oklahomans confidence and lend credibility to the state’s most solemn of duties: carrying out the sentence of death.”

Other comments included a statement from Justice At Stake, a nonpartisan non-profit group in Washington D.C.: “The governmental train wreck in Oklahoma, where a court-ordered stay of execution was overturned amid pressure to impeach the justices, resulted in a disgraceful outcome last night. Political tampering with the courts led to a state torturing one of its prisoners to death. Our courts were created to protect rights and force deliberation, and this rush to execution reinforces how important it is for us to be vigilant about protecting courts’ authority.”

Gov. Fallin has said she will hire an independent pathologist to examine Lockett’s body. Attorney Cohen had already said, “We will be demanding an independent autopsy.” Whether Lockett’s and Warner’s legal team is willing to accept an autopsy by someone hired by the governor who ordered the execution remains to be seen.

Asked if she agreed with the state’s conclusion that the pain suffered by Lockett was due to his vein exploding, Cohen said, “No, I’m not accepting that.”

Before the execution, Cohen was asked if the killings could be considered political, considering that Fallin issued a dueling stay in opposition to the one granted by the Supreme Court amid discussion of impeaching the justices if they further delayed the executions. Cohen said, “We’ve certainly seen a lot of politics at play these last few days.”

Given Lockett’s disastrous execution, the relevance of the drugs might now become a relevant issue in the death penalty discussion.

Before his ghoulish death, Lockett was told that his last meal request exceeded the budget, an irony given the thousands of hours and the extraordinary expense that Pruitt, Fallin and the DOC had invested battling for and preparing for these executions.

Now, Fallin has set her appointees to the task of investigating the incident in which two of them took part. She is asking the public to accept the findings of a pathologist who will be an “at will” hire of her administration. Just how well their findings will be embraced by the public remains to be seen.

It also remains to be seen how far the Lockett death will advance the death penalty debate or where that debate will go next. Fallin and Pruitt said they wanted to hasten Lockett’s death in order to hasten justice. Perhaps it will, just not the type they expected.

Richard L. Fricker lives in Tulsa, Oklahoma, and is a regular contributor to The Oklahoma Observer. His latest book, The Last Day of the War, is available at https://www.createspace.com/3804081 or at www.richardfricker.com.

10 comments for “Behind Oklahoma’s Ghoulish Execution”