Exclusive: As the rhetoric rages out of control, worsening violence in Ukraine grows more likely. Official Washington is readying the American people to view the slaughter of eastern Ukrainians as justified because they are “terrorists” and linked to the hated Russians, Robert Parry reports.

Between the anti-Russian propaganda pouring forth from the Obama administration and the deeply biased coverage from the U.S. news media, the American people are being prepared to accept and perhaps even cheer a massacre of eastern Ukrainians who have risen up against the coup regime in Kiev.

The protesters who have seized government buildings in ten towns in eastern Ukraine are being casually dubbed “terrorists” by both the Kiev regime and some American journalists. Meanwhile, it’s become conventional wisdom in Official Washington to assume that the protesters are led by Russian special forces because of some dubious photographs of armed men, accepted as “proof” with few questions asked by the mainstream U.S. news media. 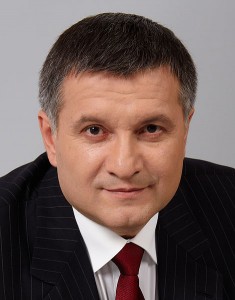 While the U.S. news media is treating these blurry photos as the slam-dunk evidence of direct Russian control of the eastern Ukrainian protests despite denials by the Russian government and the protesters the BBC was among the few news agencies that provided a more objective assessment, noting that the photos are open to a variety of interpretations.

However, in Official Washington, the stage is now set for what could be a massacre of Ukrainian civilians who have risen up against the putschists who seized control of Kiev in a Feb. 22 coup that overthrew elected President Viktor Yanukovych. The violent putsch was spearheaded by neo-Nazi militias, some of which have now been incorporated into Ukraine’s National Guard and dispatched to the front lines in eastern Ukraine.

If the slaughter of the eastern Ukrainian protesters does come, you can expect Official Washington to be supportive. Whereas the Kiev protesters who seized government buildings in February were deemed “pro-democracy” activists even as they overthrew a democratically elected leader, the eastern Ukrainian protesters, who still consider Yanukovych their legitimate president, are dismissed as “terrorists.” And, we all know what happens to “terrorists.”

If you doubt the bias of the U.S. press corps, consider this interview by the Washington Post’s Lally Weymouth with Arsen Avakov, the Ukrainian coup regime’s minister of internal affairs. As published in Tuesday’s Washington Post, the interview quoted Avakov as saying the protesters “will be punished severely” and included an exchange reflecting how thoroughly U.S. journalists have bought into the coup regime’s narrative:

Weymouth: Do you think the Russians will actually release the [government] buildings, as they said they would in last week’s Geneva meeting?

Avakov: Russia is taking advantage of the depressed condition of the local economy of these regions. But even in spite of that situation, in the city of Kramatorsk [the Russians] did not have the level of support that they expected. We do not behave radically there for one reason.

Weymouth: When you say ‘radically,’ do you mean you don’t fight the terrorists?

Avakov: We are not acting radically in that region for two reasons. One is we do not want to hurt the peaceful population. And the second reason is we don’t want to turn the population against the central government. But that does not mean it will stay like this forever.

Weymouth: Then what happens?

Avakov: We will act.

Weymouth: What will you do?

Avakov: We will start liberating people from the terrorists. We are going to take full control over the roads, irrespective of the resistance of some groups.

What was journalistically remarkable about this interview was that it was Weymouth who began describing the eastern Ukrainian protesters as “terrorists,” though these people who have seized government buildings have not engaged in what we would traditionally call “terrorism.” Their actions have been no more violent  and indeed much less violent  than the “pro-democracy” activists in Kiev. In February, the neo-Nazi militias killed more than a dozen police officers with firebombs and light weapons.

And, when the “pro-democracy” protesters seized government buildings in Kiev, including the City Hall, they decked them out in Nazi symbols and a Confederate battle flag as the international expression of white supremacy. But the U.S. news media never described those acts as “terrorism.” [For more on the Ukrainian neo-Nazis, watch this report from the BBC.]

Indeed, it is now considered unacceptable to mention the key role played by the neo-Nazis in overthrowing Yanukovych, even though the neo-Nazis themselves are quite proud of what they did and got four government ministries as a reward. One of those positions is the chief of national security, Andriy Parubiy, who announced last week that some of those militias had been incorporated into the National Guard and sent to the front lines of eastern Ukraine.

For their part, those eastern protesters have said they are resisting the imposition of power from Kiev, which has included the appointment of  billionaire “oligarchs” as regional administrators, and are rejecting a harsh austerity plan from the International Monetary Fund that will make their hard lives even harder.

Yet, Official Washington has largely banished those realities to the great memory hole. Many in the U.S. government and the mainstream press corps seem to be licking their lips over the prospect of unleashing hell on the eastern Ukrainians.

The preferred U.S. narrative has even edged into the conspiracy theory that Russian President Vladimir Putin somehow engineered the entire Ukraine crisis as part of a Hitler-like plot to reclaim Russian territory lost when the Soviet Union collapsed in 1991. This theory ignores the absurdity of Putin somehow arranging the protests and coup against Yanukovych.

The reality is that Putin was caught off-guard by the events in Ukraine, in part because he was distracted by the Sochi Olympics and the threat of terrorism against the games. As the Ukraine crisis deepened, Putin supported the Feb. 21 agreement, brokered by three European countries, that had Yanukovych agree to limit his powers, move up an election to vote him out of office and, most fatefully, pull back the police.

The police withdrawal opened the way for the neo-Nazi militias, well-organized in 100-man brigades and well-armed with weapons looted from government stockpiles, to launch the final Feb. 22 assault.

Instead of standing behind the Feb. 21 agreement, the United States and the European Union hailed the overthrow of Yanukovych and after recognizing that the neo-Nazis were in effective control of Kiev supported the quick formation of a new government, headed by U.S. favorite, the new Prime Minister Arseniy Yatsenyuk.

Rather than some mastermind planning everything in advance, Putin reacted to the fast-moving crisis on the fly, adlibbing his response, including responding to the majority will of Crimea to bail out of this failed Ukrainian state and rejoin Russia. He also got approval from the Russian legislature to defend ethnic Russians in eastern Ukraine if necessary.

Yet, rather than assess these events objectively, the U.S. government and the mainstream U.S. news media have slid into a neo-Cold War madness, which may be sated only by the blood of the eastern Ukrainian “terrorists.” That, however, could force Putin’s hand again and take this unnecessary crisis to a whole new level.

9 comments for “Prepping for a Ukrainian Massacre”