Exclusive: “Kill the Messenger” tells the tragic tale of journalist Gary Webb who revived the Contra-cocaine scandal in the 1990s and saw his life destroyed by the mainstream media. The question now is: Will the MSM continue its cover-up of this sordid part of Ronald Reagan’s legacy or finally accept the truth, writes Robert Parry.

The mainstream news media’s reaction to the new movie, “Kill the Messenger,” has been tepid, perhaps not surprising given that the MSM comes across as the film’s most unsympathetic villain as it crushes journalist Gary Webb for digging up the Contra-cocaine scandal in the mid-1990s after the major newspapers thought they had buried it in the 1980s.

Not that the movie is without other villains, including drug traffickers and “men in black” government agents. But the drug lords show some humanity and even honesty as they describe how they smuggled drugs and shared the proceeds with the Nicaraguan Contra rebels, President Ronald Reagan’s beloved “freedom fighters.” 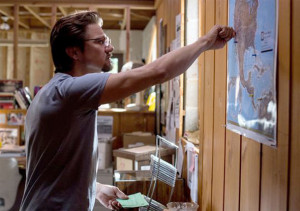 By contrast, the news executives for the big newspapers, such as the Washington Post and the Los Angeles Times, come across as soulless careerists determined to maintain their cozy relations with the CIA’s press office and set on shielding their failure to take on this shocking scandal when it was playing out in the 1980s.

So, in the 1990s, they concentrated their fire on Webb for alleged imperfections in his investigative reporting rather than on U.S. government officials who condoned and protected the Contra drug trafficking as part of Reagan’s Cold War crusade.

Webb’s cowardly editors at the San Jose Mercury News also come across badly as frightened bureaucrats, cringing before the collective misjudgment of the MSM and crucifying their own journalist for the sin of challenging the media’s wrongheaded conventional wisdom.

That the MSM’s “group think” was upside-down should no longer be in doubt. In fact, the Contra-cocaine case was conclusively established as early as 1985 when Brian Barger and I wrote the first story on the scandal for the Associated Press. Our sourcing included some two dozen knowledgeable people including Contras, Contra supporters and U.S. government sources from the Drug Enforcement Administration and even Reagan’s National Security Council staff.

But the Reagan administration didn’t want to acknowledge this inconvenient truth, knowing it would sink the Contra war against Nicaragua’s leftist Sandinista government. So, after the AP story was published, President Reagan’s skillful propagandists mounted a counteroffensive that elicited help from editors and reporters at the New York Times, the Washington Post and other major news outlets.

Thus, in the 1980s, the MSM treated the Contra-cocaine scandal as a “conspiracy theory” when it actually was a very real conspiracy. The MSM’s smug and derisive attitude continued despite a courageous investigation headed by Sen. John Kerry which, in 1989, confirmed the AP reporting and took the story even further. For his efforts, Newsweek dubbed Kerry “a randy conspiracy buff.”

This dismissive treatment of the scandal even survived the narcotics trafficking trial of Panama’s Manuel Noriega in 1991 when the U.S. government called witnesses who implicated both Noriega and the Contras in the cocaine trade.

The Power of ‘Group Think’

What we were seeing was the emerging power of the MSM’s “group think,” driven by conformity and careerism and resistant to both facts and logic. Once all the “smart people” of Official Washington reached a conclusion no matter how misguided that judgment would be defended at nearly all costs, since none of these influential folks wanted to admit error.

That’s what Gary Webb ran into in 1996 when he revived the Contra-cocaine scandal by focusing on the devastation that one Contra drug pipeline caused by feeding into the production of crack cocaine. However, for the big newspapers to admit they had ducked such an important story and indeed had aided in the government’s cover-up would be devastating to their standing.

So, the obvious play was to nitpick Webb’s reporting and to destroy him personally, which is what the big newspapers did and what “Kill the Messenger” depicts. The question today is: how will the MSM react to this second revival of the Contra-cocaine scandal?

Of the movie reviews that I read, a few were respectful, including the one in the Los Angeles Times where Kenneth Turan wrote: “The story Webb related in a series of articles told a still-controversial tale that many people did not want to hear: that elements in the CIA made common cause with Central American drug dealers and that money that resulted from cocaine sales in the U.S. was used to arm the anti-communist Contras in Nicaragua.

“Although the CIA itself confirmed, albeit years later, that this connection did in fact exist, journalists continue to argue about whether aspects of Webb’s stories overreached.”

A normal person might wonder why if the CIA itself admitted (as it did) that it was collaborating with drug dealers journalists would still be debating whether Webb may have “overreached” (although in reality he actually understated the problem). Talk about missing “the lede” or the forest for the trees.

What kind of “journalist” obsesses over dissecting the work of another journalist while the U.S. government gets away with aiding and abetting drug traffickers?

Turan went on to note the same strange pattern in 1996 after Webb’s series appeared: “what no one counted on was that the journalistic establishment, including elite newspapers such as the Los Angeles Times, would attempt to discredit Webb’s reporting. The other newspapers questioned the shakier parts of his story and proving the truth of what one of Webb’s sources tells him: ‘You get the most flak when you’re right above the target.’”

However, other reviews, including those in the New York Times and the Washington Post, continued the snarky tone that pervaded the sneering treatment of Webb that hounded him out of journalism in 1997 and ultimately drove him to suicide in 2004. For instance, the headline in the Post’s weekend section was “Sticking with Webb’s Story,” as in the phrase “That’s my story and I’m sticking to it.”

The review by Michael O’Sullivan stated: “Inspired by the true story of Gary Webb, the San Jose Mercury News reporter known for a controversial series of articles suggesting a link between the CIA, the California crack epidemic and the Nicaraguan Contras, this slightly overheated drama begins and ends with innuendo. In between is a generous schmear of insinuation.”

You get the point. The allegations, which have now been so well-established that even the CIA admits to them, are “controversial” and amount to “innuendo” and “insinuation.”

Similarly, the New York Times review by Manohla Dargis disparaged Webb’s “Dark Alliance” series as “much-contested,” which may be technically accurate but fails to recognize that the core allegations of Contra-cocaine trafficking and U.S. government complicity were true something an earlier article by Times’ media writer David Carr at least had the decency to acknowledge. [See Consortiumnews.com’s “NYT’s Belated Admission on Contra-Cocaine.”]

In a different world, the major newspapers would have taken the opening created by “Kill the Messenger” to make amends for their egregious behavior in the 1980s in discrediting the scandal when the criminality could have been stopped and for their outrageous actions in the 1990s in destroying the life and career of Gary Webb. But it appears the big papers mostly plan to hunker down and pretend they did nothing wrong.

For those interested in the hard evidence proving the reality of the Contra-cocaine scandal, I posted a Special Report on Friday detailing much of what we know and how we know it. [See Consortiumnews.com’s “The Sordid Contra-Cocaine Saga.”]

As for “Kill the Messenger,” I had the pleasure of watching it on Friday night with my old Associated Press colleague Brian Barger and we both were impressed by how effectively the movie-makers explained a fairly complicated tale about drugs and politics. The personal story was told with integrity, aided immensely by Jeremy Renner’s convincing portrayal of Webb.

There were, of course, some Hollywood fictional flourishes for dramatic purposes. And it was a little weird hearing my cautionary advice to Webb delivered when we talked before his “Dark Alliance” series was published in 1996 being put into the mouth of a fictional Kerry staffer.

But those are minor points. What was truly remarkable about this movie was that it was made at all. Over the past three decades, many directors and screenwriters have contemplated telling the sordid story of Contra-cocaine trafficking but all have failed to get the projects “green-lighted.”

The conventional wisdom in Hollywood has been that such a movie would be torn apart by the major media just as Webb’s series (and before that the AP articles and Kerry’s report) were. But so far the MSM has largely held its fire against “Kill the Messenger,” relying on a few snide asides and knowing smirks.

Perhaps the MSM simply assumes that the old conventional wisdom will hold and that the movie will soon be forgotten. Or maybe there’s been a paradigm shift and the MSM realizes that its credibility is shot (especially after its catastrophic performance regarding Iraq’s WMD) and it is losing its power to dictate false narratives to the American people.

[To learn how you can hear a December 1996 joint appearance at which Robert Parry and Gary Webb discuss their reporting, click here.]

10 comments for “Can MSM Handle the Contra-Cocaine Truth?”