Many well-meaning Americans are shocked by the torture disclosures in a Senate report and can’t believe U.S. officials would sanction acts such as waterboarding and “rectal feeding.” But the uglier truth is that the CIA has long taught and encouraged torture in U.S. client states, as Jonathan Marshall notes.

The Senate Select Committee on Intelligence’s new summary report on the CIA’s so-called “Detention and Interrogation Program” has hundreds of redactions demanded by the Obama administration. But its biggest gap may be its failure to answer a key question: Who initiated the CIA’s torture program?

The report points an accusing finger at two psychologists who advised the CIA about supposedly relevant techniques they used to train U.S. Air Force pilots to resist coercive interrogation if captured. Those stress-inducing techniques included the “use of insects,” mock burials and waterboarding, to make individuals depressed, passive, and ultimately cooperative. 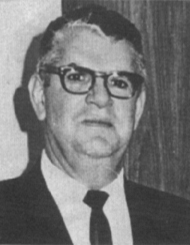 The two men ultimately received $81 million from the CIA to consult on the use of such measures against terrorist suspects, although the report states “neither psychologist had experience as an interrogator, nor . . . specialized knowledge of al-Qa’ida, a background in terrorism, or any relevant regional, cultural, or linguistic expertise.”

But this account lacks any historical context. Torture was not a new technique born of the trauma of 9/11. The U.S. practice of waterboarding prisoners extended at least as far back as 1902, when the U.S. Army employed it against Filipino rebels.

At that time, Secretary of War Elihu Root, the Dick Cheney of his era, insisted that charges of torture were either “unfounded or grossly exaggerated.” In any case, Root suggested, the natives were themselves to blame since their insurgency was being “conducted with the barbarous cruelty common among uncivilized races.”

At least the Senate report does acknowledge in passing that the CIA’s acquaintance with torture long predated its relationship with the two Air Force psychologists. At the height of the Cold War in 1963, the CIA produced a “Counterintelligence Interrogation Manual,” which described coercive techniques including sensory deprivation, infliction of pain, and hypnosis. (In particular, it provided helpful hints on applying electric shocks to interrogation suspects.)

Two decades later, a CIA officer copied much of that wisdom into another manual, which he used to provide interrogation training in Central America. According to the Senate report, “The CIA inspector general later recommended that he be orally admonished for inappropriate use of interrogation techniques.” Yet in the fall of 2002, he “became the CIA’s chief of interrogations in the CIA’s Renditions Group, the officer in charge of CIA interrogations.” [Emphasis added.]

Coincidentally, those CIA and related Army training manuals were cited in a massive study released just one day after the Senate committee’s report by Brazil’s National Truth Commission. It addresses the scope and responsibility for official repression from 1964 to 1985, when Brazil was ruled by military dictatorships. It also provides key historical context about the CIA and torture that is so glaringly missing from the Senate study.

Based on three years of investigation and more than 1,200 interviews, the nearly 2,000-page Brazilian report documents 224 killings, 210 disappearances, and many thousands of cases of torture committed by military officials. Unlike the Senate report, it names names, citing 377 people responsible for crimes and human rights violations during the long era of military rule.

President Dilma Rousseff, who was herself the victim of electric shock and other torture techniques in 1970 at the age of 22, broke into tears when she announced the report. “Brazil deserves the truth,” she said. “The truth means above everything the opportunity to reconcile ourselves and our history.”

The Brazilian report notes that “Torture became systematically employed by the Brazilian state after the 1964 coup, whether as a method of collecting information or obtaining confessions . . . or as a means of disseminating fear . . . It [became] more sophisticated and turn[ed] into the essence of the military system of political repression, based on the arguments of the supremacy of national security and the existence of a war against terrorism.”

Torture methods included electric shock treatment, rape, prolonged hanging upside down in the agonizing “parrot’s perch,” and even the insertion of cockroaches or other insects into victims’ bodies.

The 1964 coup that brought such repression to Brazil, and, within a few years, to the entire “southern cone” of Latin America, was supported by Washington and the CIA. “I think we ought to take every step that we can, be prepared to do everything that we need to do,” President Lyndon Johnson said as he directed aides to overthrow the elected government of JoÃ£o Goulart.

The CIA’s contribution, according to the U.S. ambassador, included “covert support for pro-democracy street rallies and encouragement [of] democratic and anti-communist sentiment in Congress, armed forces, friendly labor and student groups, church, and business.”

The National Truth Commission asserts that the CIA and U.S. military taught their Brazilian counterparts to deal ruthlessly with regime opponents. At the infamous School of the Americas in Panama, more than 300 Brazilian military officers were trained in “counter-insurgency techniques, command operations, intelligence and counterintelligence, psychological warfare operations, police-military operations and interrogation techniques.”

We know from previous exposÃ©s that training manuals used at the school advocated “interrogation techniques like torture, execution, blackmail and arresting the relatives of those being questioned.” They also taught Latin American militaries to “infiltrate and spy upon civilians, including student groups, unions, charitable organizations and political parties; to confuse armed insurgencies with legal political opposition; and to disregard or get around any laws regarding due process, arrest and detention.”

Historian Jan Knippers Black noted years ago that hundreds of Brazilian policemen also trained in the United States at the CIA’s International Police Services School and related institutions. Following a tightening of the military dictatorship in 1968, she wrote:

“The number of Brazilian policeman brought to the United States for training almost tripled that of the previous year. (The number of Brazilian military trainees in the United States also increased that year and was, in fact, higher than at any other time in the postwar period.) The marked expansion of the training program also coincided with an increase in documented reports of the systematic torture of political prisoners and of the murders of petty criminals, as well as alleged subversives, carried out by the ‘Death Squads,’ reportedly composed of off-duty policemen.”

Brazilian police also received local training and assistance from American advisers through the auspices of the CIA-backed Office of Public Safety. One such adviser in the 1960s was the infamous Dan Mitrione, who went on to be implicated in the torture of prisoners in neighboring Uruguay. (He was later captured and killed by the radical Tupamaros movement.) One of his jobs in Brazil was screening candidates for training in the United States.

J. Langguth, author of Hidden Terrors, a classic study of U.S. police training, noted that the program’s mission was clear to all participants: “Even before the coup d’etat, in July 1963, one Brazilian officer described the academy program to the governor of Sao Paulo as ‘the latest methods in the field of dispersion of strikes and striking workers.’ He would learn, he said, how to use dogs and clubs and ‘to modernize the mechanism of repression against agitators in Sao Paulo.’” (1963 was also the year that Birmingham’s Eugene “Bull” Connor became notorious for using police attack dogs and clubs against U.S. civil rights demonstrators.)

Langguth pointed out that such training programs created an international network of repression. By the late 1960s, he wrote:

“The agency was putting Brazilian, Argentinian, and Uruguayan military and police officers in touch with each other for training in wire tapping and other intelligence procedures, and for supplies of explosives and untraceable guns. Those contacts also led to the surveillance, the harassment, and finally the assassination of political exiles. Between the time [Salvador] Allende was elected president of Chile and his overthrow in 1973, the CIA arranged similar meetings between the Brazilian right wing and Chilean army and police officials opposed to Allende.”

The Brazilian report in turn devotes an entire chapter, titled “International Connections: From Repressive Alliances in the Southern Cone to Operation Condor,” to Brazil’s export of repression to Chile, Argentina and other nearby countries in the 1970s, which morphed into a multinational conspiracy to export terrorism in Latin America, North America, and Europe.

The defense offered in Brazil by perpetrators of state violence was much the same as that of Bush administration and CIA officials in the United States.

As one former Brazilian police intelligence official told the truth commission, “Our team prevented communism from being implemented. Cuba doesn’t have the freedom you have here today. It’s thanks to the armed forces that we are experiencing today’s freedom.” In just the same spirit, former CIA Director George Tenet said, “at a time of grave threat to the United States, the [CIA’s interrogation] program was effective in saving American lives.”

In Brazil, at least, members of the public can read for themselves the full report, not just an executive summary with names and other key details removed.

President Obama, who allowed (or encouraged) the CIA to resist declassifying the Senate report, insisted early in his presidency that he would take no legal action against CIA employees implicated in torture, lying to Congress or destruction of evidence because “nothing will be gained by spending our time and energy laying blame for the past.” (His administration did jail one CIA official, John Kiriakou, for the crime of providing information to reporters on the agency’s interrogation methods.)

Brazil, in contrast, has a president committed to learning from the past, not covering it up. As Rousseff said in making the report public, “Truth doesn’t mean vengeance. . . . Truth frees us all from that which went unsaid. It frees us from what remained hidden. . . . We, who believe in the truth, hope that this report contributes to make it so that ghosts from the sad and painful past are no longer able to find shelter in silence and omission.”

Let us hope that a future American president will someday offer a similar message, and set us free with the truth.

Jonathan Marshall is an independent researcher living in San Anselmo, California. His last articles for Consortiumnews were “Unjust Aftermath: Post-Noriega Panama” and “The Earlier 9/11 Acts of Terror.”

← Pinochet’s Mad Scientist
‘As Truthful an Account as Possible’ →