Japan was ready to surrender, making the atomic bombings of Hiroshima on Aug. 6, 1945, and Nagasaki two days later, totally unnecessary and morally indefensible, say a panel of scholars in two video discussions. 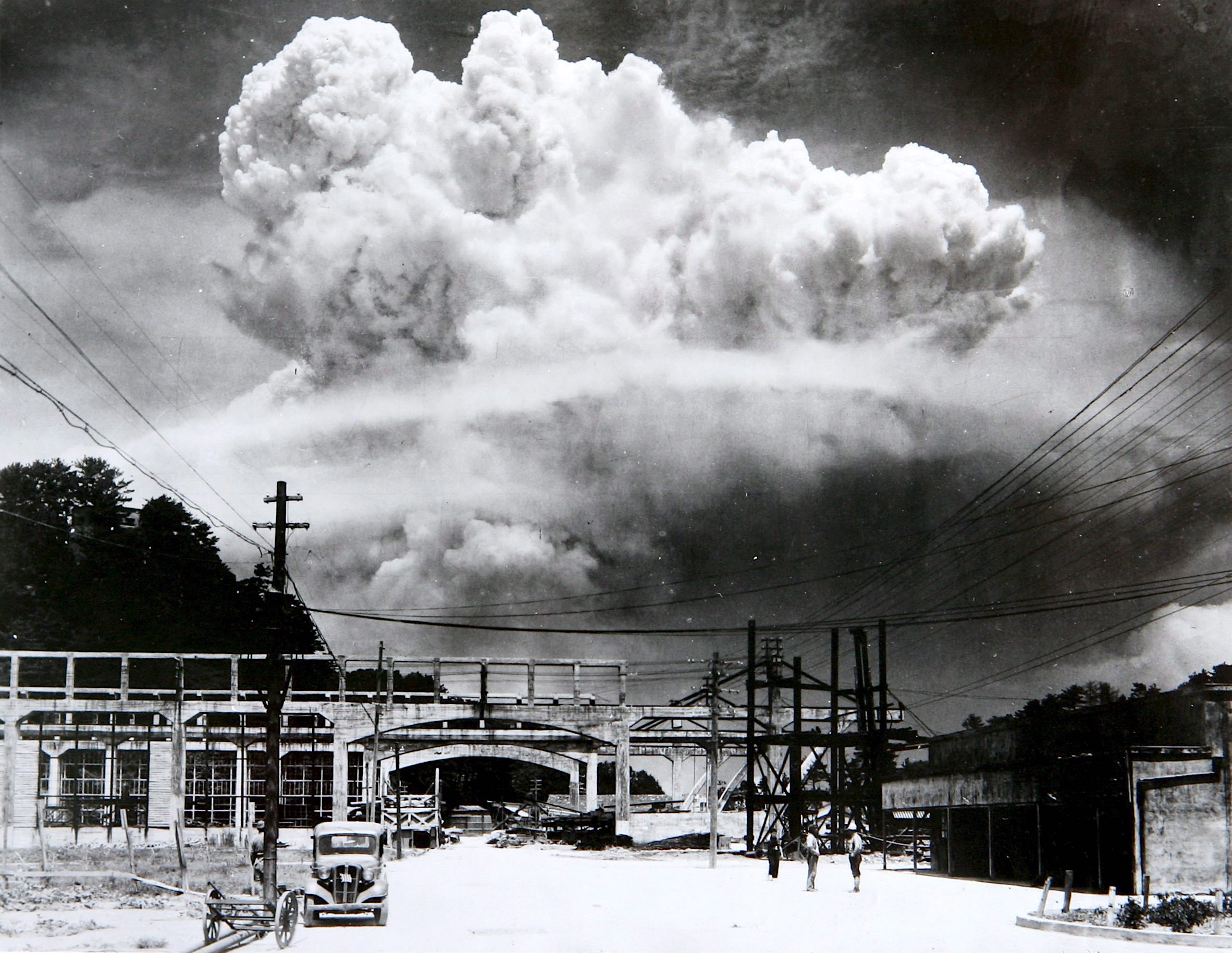 The bombing of Nagasaki as seen from the town of Koyagi, about 13 km south, taken 15 minutes after the bomb exploded. In the foreground, life seemingly went on unaffected. (Wikipedia)

The debate over the atomic bombings—a controversy that forced the Smithsonian Institution to abandon its Enola Gay exhibit 25 years ago—continues unabated in America today as we approach the 75th anniversary of the incineration of Hiroshima and Nagasaki.

Four historians, each of whom has written extensively on the topic, discussed the documentary evidence and explored the current state of knowledge about the bombings in two sessions with TV, print, radio, and internet journalists from around the world.

Among other points, they argue that the bombings were unnecessary as Japan was ready to surrender as long as they could keep the emperor (which the U.S. eventually allowed them to do); that U.S. generals, including Dwight Eisenhower and Douglas MacArthur, were opposed to the bombings; and that a real aim of the attacks was to send a message to the Soviet Union and not to avert a U.S. invasion, which was still months away.

The historians taking part are:

Gar Alperovitz, formerly a Fellow of Kings College Cambridge, the Institute of Politics at Harvard, and Lionel Bauman Professor of Political Economy at the University of Maryland, is the author of Atomic Diplomacy: Hiroshima and Potsdam and The Decision to Use the Atomic Bomb. He is currently a Principal of The Democracy Collaborative, an independent research institution in Washington, D.C.

Martin Sherwin, University Professor of History, George Mason University, is author of A World Destroyed: Hiroshima and Its Legacies winner of the Society of Historians of American Foreign Relation’s Bernath Book Prize, co-author with Kai Bird of American Prometheus: The Triumph and Tragedy of J. Robert Oppenheimer winner of the 2006 Pulitzer Prize for biography, and Gambling with Armageddon: Nuclear Roulette from Hiroshima to the Cuban Missile Crisis, forthcoming in September 2020.

Peter Kuznick, Professor of History, Director, Nuclear Studies Institute, American University, co-author (with Akira Kimura), Rethinking the Atomic Bombings of Hiroshima and Nagasaki: Japanese and American Perspectives, co-author (with Oliver Stone) of The New York Times best-selling The Untold History of the United States (books and documentary film series), and author “The Decision to Risk the Future: Harry Truman, the Atomic Bomb and the Apocalyptic Narrative.”

The two press briefings, one for the Western press, and the other for journalists in Asia, can be seen here:

18 comments for “ATOMIC BOMBINGS AT 75: Scholars Speak Out Against ‘Unnecessary’ Attacks”