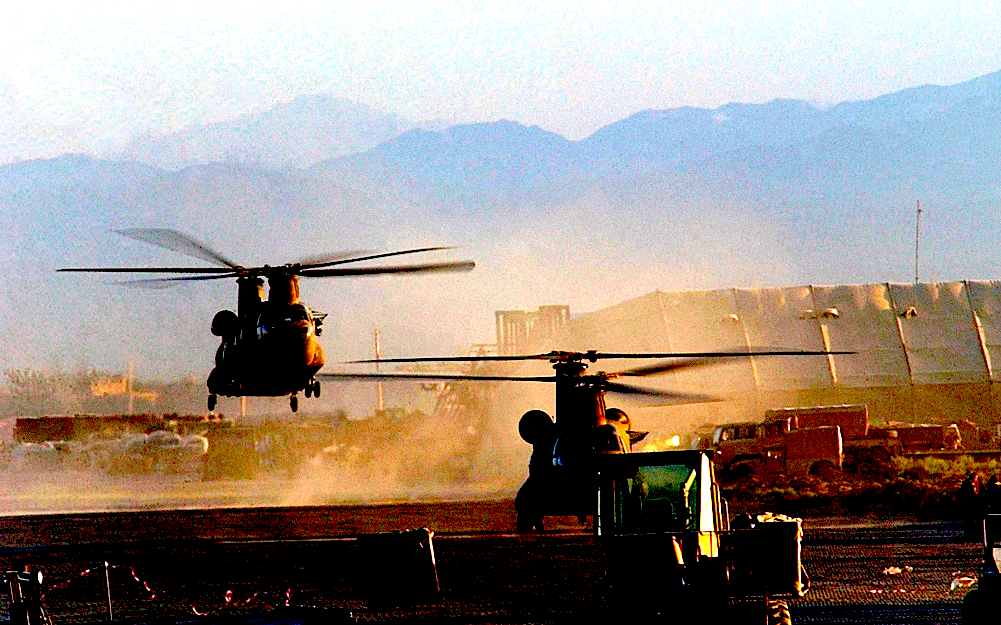 As the hawks who have been lying about the U.S. invasion and occupation of Afghanistan for two decades continue to peddle fantasies in the midst of a Taliban takeover and American evacuation of Kabul, progressive critics on Tuesday reminded the world who has benefited from the “endless war.”

Julian Assange speaking in 2011: "The goal is to use Afghanistan to wash money out of the tax bases of the US and Europe through Afghanistan and back into the hands of a transnational security elite. The goal is an endless war, not a successful war" #Afghanistan pic.twitter.com/Hg3qVzABBg

“Hawks and defense contractors co-opted the needs of the Afghan people in order to line their own pockets,” the group added. “Never has it been more important to end war profiteering.”

In a Tuesday morning tweet, Public Citizen highlighted returns on defense stocks over the past 20 years — as calculated in a “jaw-dropping” analysis by The Intercept — and asserted that “the military-industrial complex got exactly what it wanted out of this war.”

Defense stocks during the Afghanistan War:

The military-industrial complex got exactly what it wanted out of this war.

Schwarz found that a $10,000 investment in stock evenly split across those five companies on the day in 2001 that then-President Georg W. Bush signed the authorization preceding the U.S. invasion would be worth $97,295 this week, not adjusted for inflation, taxes, or fees.

According to The Intercept:

That is, defense stocks outperformed the stock market overall by 58% during the Afghanistan War.”

“These numbers suggest that it is incorrect to conclude that the Taliban’s immediate takeover of Afghanistan upon the U.S.’s departure means that the Afghanistan War was a failure,” Schwarz added. “On the contrary, from the perspective of some of the most powerful people in the U.S., it may have been an extraordinary success. Notably, the boards of directors of all five defense contractors include retired top-level military officers.”

“War profiteering isn’t new,” journalist Dina Sayedahmed said in response to the reporting, “but seeing the numbers on it is staggering.”

“This is what it was really all about people,” she tweeted of the defense contractors’ returns. “Anyone who believes we were in Afghanistan to help women and girls is a liar or a fool.” 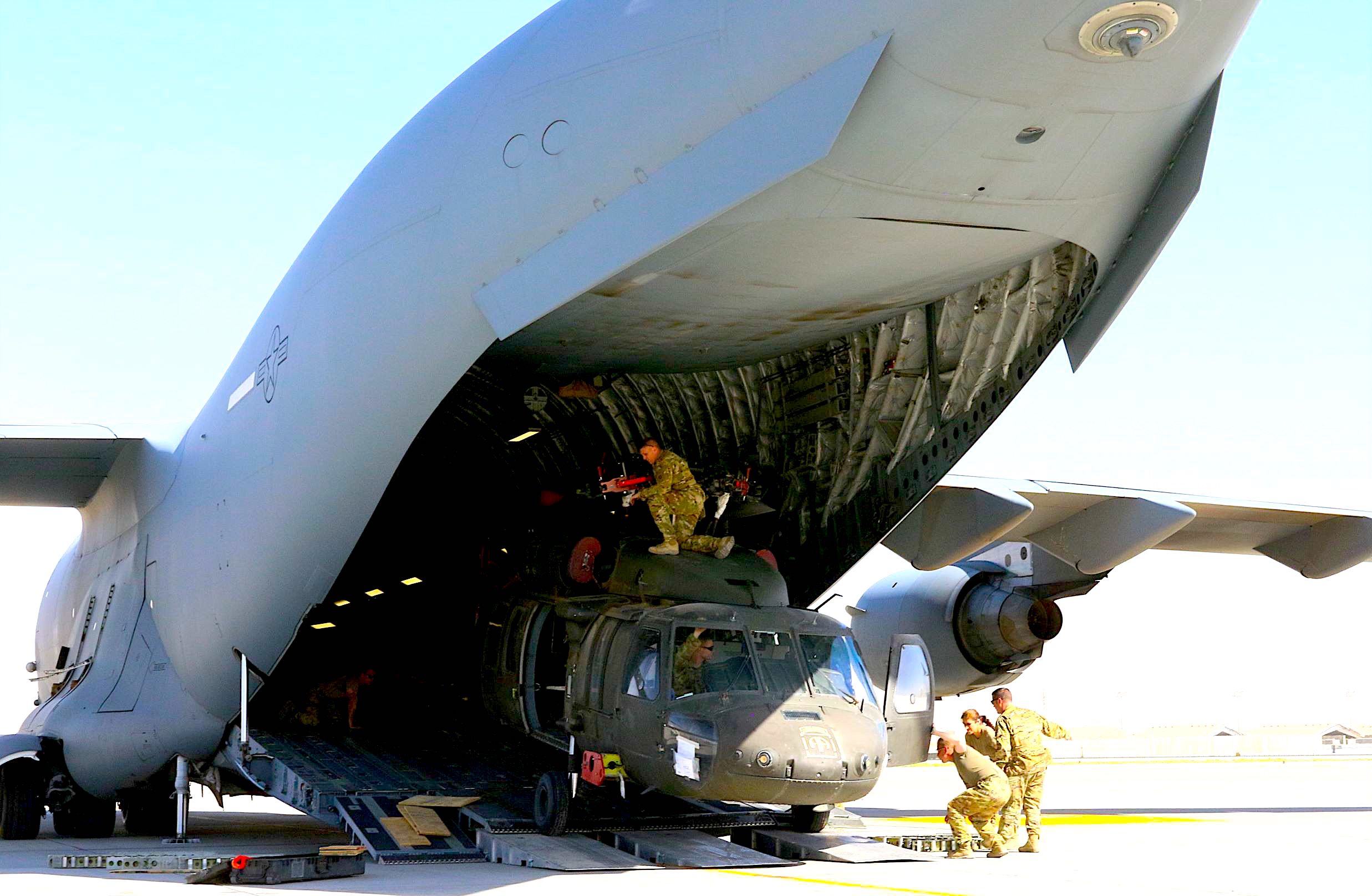 A UH-60L Blackhawk helicopter get loaded into a C-17 Globemaster III at Bagram Airfield in Parwan, Afghanistan, on June 16 as part of the U.S. military withdrawal. (U.S. Army photo by Sgt. 1st Class Corey Vandiver)

Jack Mirkinson wrote Monday for Discourse Blog that “it is unquestionably heartbreaking to think about what the Taliban might inflict on women and girls, but let us dispense with this fantasy that the U.S. has been in Afghanistan to support women, or to build democracy, or to strengthen Afghan institutions, or any of the other lines that are deployed whenever someone has the temerity to suggest that endless war and occupation is a harmful thing.”

“We did not go into Afghanistan to support its people, and we did not stay in Afghanistan to support its people,” he added. “It is astonishing, given what we know about the monsters that the U.S. has propped up time and time againaround the world, that the myth persists that we do anything out of our love for human rights. We went in and we stayed in for the same reason: the American empire is a force that must remain in perpetual motion.”

War should NOT be profitable. PERIOD. #StopEndlessWarshttps://t.co/uejoZEW0vi

As Common Dreams reported Monday, while the Taliban has retaken control, anti-war advocates have argued diplomacy is the only path to long-term peace, with Project South’s Azadeh Shahshahani emphasizing that “the only ones who benefited from the U.S. war on Afghanistan were war-profiteering politicians and corporations while countless lives were destroyed.”

Responding to Shahshahani’s tweet about who has benefited from two decades of bloodshed, Zack Kopplin of the Government Accountability Project wrote, “Adding war-profiteering generals to the mix too.”

The views expressed in this article are not necessarily those of Consortium News.

← The Climate Stat We Can’t Afford to Overlook: CEO Pay
US Military Should Give Back Hawaii Lands →