Creating big psychological identity structures out of our politics makes the job of the propagandists so very much easier, writes Caitlin Johnstone. 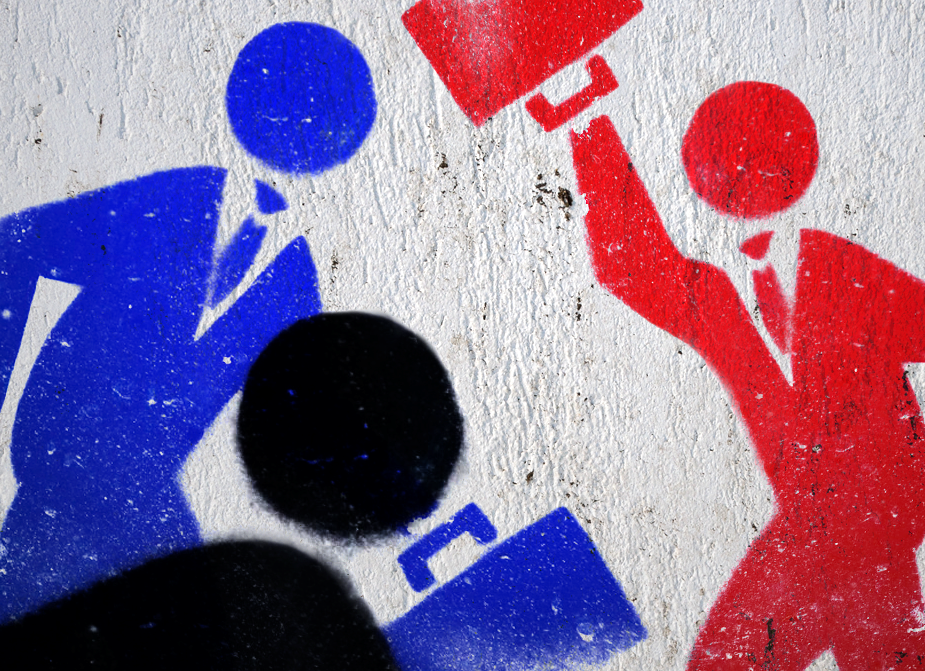 Studying the unfolding of the new mainstream UFO narrative has been very interesting, because it highlights the dynamics I always talk about in a fresh light which makes them easier to see.

One theme that keeps resurfacing is people marveling at how low-key the public response to the whole thing has been. One might expect the U.S.  government officially stating that the military has been frequently encountering strange unknown aircraft of unthinkable technological advancement would rank a little higher in public interest, but so far that really hasn’t been the case.

A YouTuber recently summed up this sentiment with a 13-minute rant about how weird it is that everyone isn’t screaming about this all day long:

I’ve seen numerous attempts to explain the apathetic response to UFOs being in the news. The most common is that people have so much on their plate these days that even the possibility of extraterrestrials buzzing U.S. navy ships just doesn’t rank high on their priorities. Others suggest that it’s such an obvious military psyop that the public is dismissive of the story.

Neither of these are particularly convincing. We see vapid nonsense attracting mountains of public interest every day, so the idea that people have no mental bandwidth for this story doesn’t hold water. While the belief that the UFO narrative looks like some kind of military psyop is widely accepted among the sort of people who’d be likely to read this article (I’ve been saying it for a while now myself), skepticism toward suspicious U.S. government claims is not a very widespread posture for people in the mainstream public.

It seems pretty clear to me that the reason there’s not as much public interest in this story as you’d expect is because it doesn’t fit neatly into any of the little boxes that people have been trained to file news into in this society. There’s no partisan angle to it, so it doesn’t appeal to any of the egoic constructs to which the general public tends to hook incendiary news stories.

The likelihood of a news story going viral in our society has little to do with its newsworthiness, its unusualness, or even whether or not it is factually accurate. The single most likely factor in whether or not a news story will have mass appeal is whether it appears to validate the worldview of one of the two mainstream political factions.

This is why those who promoted the theory that Trump was a secret Russian agent saw their ratings soar for years before it was conclusively discredited by the very special counsel to whom they’d been literally singing Christmas carols and for whom they’d been lighting prayer candles. There is more evidence that space aliens are cruising around in earth’s atmosphere than there ever was that Vladimir Putin had covertly infiltrated the highest levels of the U.S. government. But because Russiagate inflamed liberal passions and made them feel like their partisan worldview was about to be vindicated any minute, it sold like crack.

You can immediately tell if something is going to go viral by the degree to which it is tinged with mainstream partisan appeal. A story about how schools want to make your kids transgender. A popular conservative acting like an idiot. A black Trump supporter saying Trump isn’t racist. Marjorie Taylor Greene doing literally anything. Take it too far outside the mainstream, like the U.S.  government getting caught tampering with an OPCW investigation in Syria for example, and you won’t see a ton of clicks, but if it appeals to tens of millions of mainstream partisans you will.

In a society that’s enslaved to egoic consciousness as ours is, the things that generate the most public interest will be those which flatter or infuriate common egoic constructs. This is not unique to politics; advertisers have raked in vast fortunes by associating products with common cultural mind viruses like body image issues and personal inadequacy, and TV show hosts like Jerry Springer and Maury Povich figured out decades ago that you can attract massive ratings by letting people feel smug and superior at the sight of poor and uneducated guests acting out emotionally.

The Mass Media Will Never Regain The Public's Trust

"There's no point admonishing the mainstream press for the public's plummeting trust in it, because a thing that has only ever existed to administer propaganda can't suddenly become journalism."https://t.co/1LN9q8dtRQ

Creating big psychological identity structures out of our politics makes the job of the propagandists so very much easier; it’s like a lubricant which lets mass-scale psyops glide smoothly into public consciousness. From there it’s a very easy task to get people hating Russia or China for this or that partisan reason, or to get people believing former President Donald Trump or current President Joe Biden are helping the American people despite their both continuing and expanding the same murderous and oppressive status quo of their predecessors.

This is why the partisan divide is the most heated and contentious it’s ever been, while the actual behavior of each mainstream party when it’s in power brings in only the most superficial of changes. The oligarchs who own the political/media class desire the continuation of the status quo upon which they have built their empire, but they also want to keep the public as plugged in as possible to the partisan perspectives which facilitate the propaganda that cages our minds.

And of course, the ultimate solution to this problem is for humanity to awaken from the ego. All propaganda relies on egoic hooks in public consciousness to circulate itself, so if humanity begins dropping its habit of creating psychological identity structures altogether (which it looks like it might), we will become harder and harder to propagandize. Since humanity’s collective problems ultimately boil down to the fact that sociopaths manipulate our minds at mass scale, such a transformation would make a healthy new world not just possible but inevitable.

← COVID-19: Every Region of the World Is ‘Worst Affected’
WATCH: Assange US Tour Comes to Minnesota →

12 comments for “Political Partisanship Is a Propaganda Lubricant”