The pandemic-related economic collapse is exacerbating the “three apartheids of our times” –  money, medicine and food, writes Vijay Prashad.

Each month, the UN’s Food and Agriculture Organization (FAO) releases a monthly food price index. The release on June 3 showed that food prices have surged by 40 percent, the largest rise since 2011. The impact of this food price rise will grievously hit developing countries, most of which are major importers of food staples.

Prices rise for a range of reasons. The current rise is largely fueled by the collapse of sizeable sections of the global economy during the pandemic. Warnings of general inflation due to lockdown-related pent-up demand, shipping bottlenecks and oil price increases loom over richer states, which – due to the power of the wealthy bondholders – have few tools to manage inflation, and by poorer states, which swirl in a cataclysmic debt crisis.

Rising food prices come at a time when unemployment rates in many parts of the world have skyrocketed.

On June 2, the International Labour Organization (ILO) released its annual “World Employment and Social Outlook: Trends 2021” report, which showed, as expected, that the pandemic-related economic collapse has meant the loss of hundreds of millions of jobs and working hours. The ILO shows that this collapse — accelerated by Covid-19 — has brought on the “worsening of long-standing structural challenges and inequalities in the world of work, undermining recent progress in poverty reduction, gender equality, and decent work.”

The effects of the collapse are “highly uneven,” further exacerbating what we call the “three apartheids of our times (money, medicine, and food)’. Stalled vaccination programs in countries such as India – which produces 60 percent of the world’s vaccines – and grave debt challenges for countries such as Argentina – which cannot get wealthy bondholders to give it a grace period for debt-servicing payments – prevent recovery and further the cascading phenomenon of hunger and despair.

The editors of New Frame (Johannesburg, South Africa) were struck by the fact that youth unemployment in their country has hit 74.7 percent (overall unemployment is at 42.3 percent, itself a jaw-dropping number). More and more people struggle to survive. The words of the New Frame editorial are worth lingering upon:

“Millions of people endure blocked lives, passing time in a stasis marked by tightening circles of shame, failure, fear, and despair. Some start to sleep most of the day. Some turn to transactional forms of religion, offering submission in the hope of reward. Some succumb to the temptation to dull their pain with cheap heroin. Some take what they can from who they can, how they can. Some, often supported by the grace of family, friends, and community, manage to find a way to hold on to enough hope to keep going.

The weight of what all this means for these people and their families, the colossal squandering of their gifts and possibilities, are not taken as a crisis for our state, the people that govern it or most of our elite public sphere.

Lives are rendered as waste, voices as noise rather than speech, protests as traffic issues or crime. People are told that their suffering is a matter of personal failure, their attempts to cope with their situation consequent to moral dissolution. They can be murdered by the state during a protest or an eviction without consequence.”

Nothing here will be alien to readers in South America or in South Asia, in Papua New Guinea or in Equatorial Guinea. 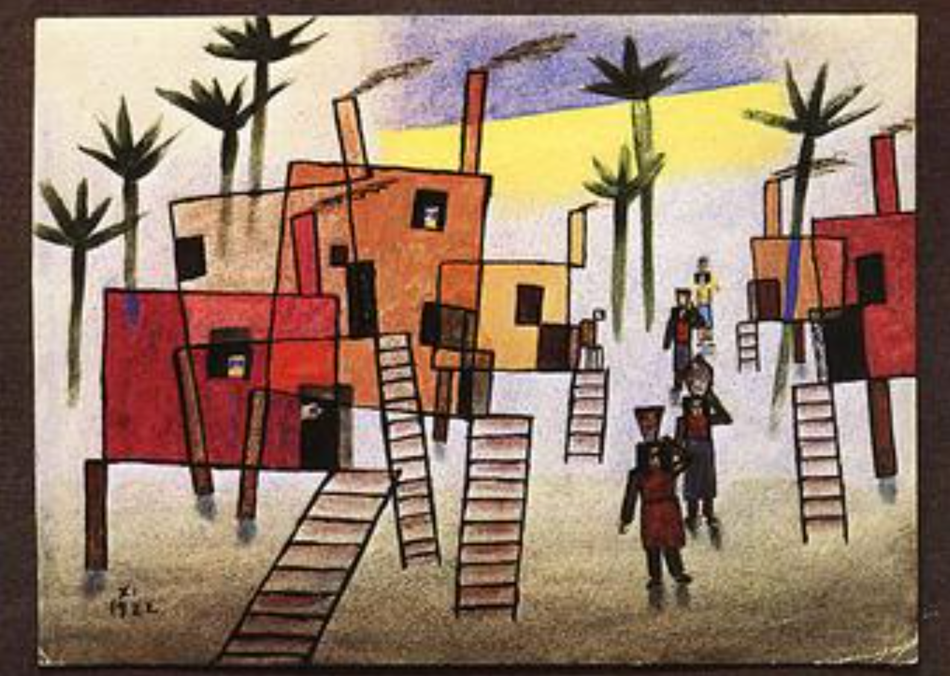 The ILO report shows that the “worst-affected regions in the first half of 2021 have been Latin America and the Caribbean, and Europe and Central Asia.”

This is one of those phrases – “worst-affected regions” – which mean little. Every region of the world is the worst-affected, each region dense with suffering.

Nonetheless, Latin America and the Caribbean have been the most impacted by Covid-19, with 8.4 percent of the global population and 27.8 percent of the deaths because of the pandemic (though these numbers are inaccurate, given the collapse of measurement in India).

Spikes of Covid-19 infections continue across Latin America and the Caribbean, the death toll surpassing one million in late May 2021. As a consequence of long-term vulnerabilities in the region and erratic lockdowns, the unemployment rates are high and the external debt service as a proportion of export of goods and services is debilitating (above 59 percent).

A key problem in the countries of Latin America is the rise of poverty amongst the working class, which includes both those who are employed and those who are unemployed. The employed — many of whom work for fewer hours than before and under precarious conditions — are as likely to face the challenges of hunger and indignity as those who have slipped into the ranks of the almost permanently unemployed. Policies for the generation of employment “must be at the centre of the economic recovery,” said the ILO’s Latin America and the Caribbean director Vinícius Pinheiro, although the grip of international finance makes it difficult for governments to adopt employment generating policies. 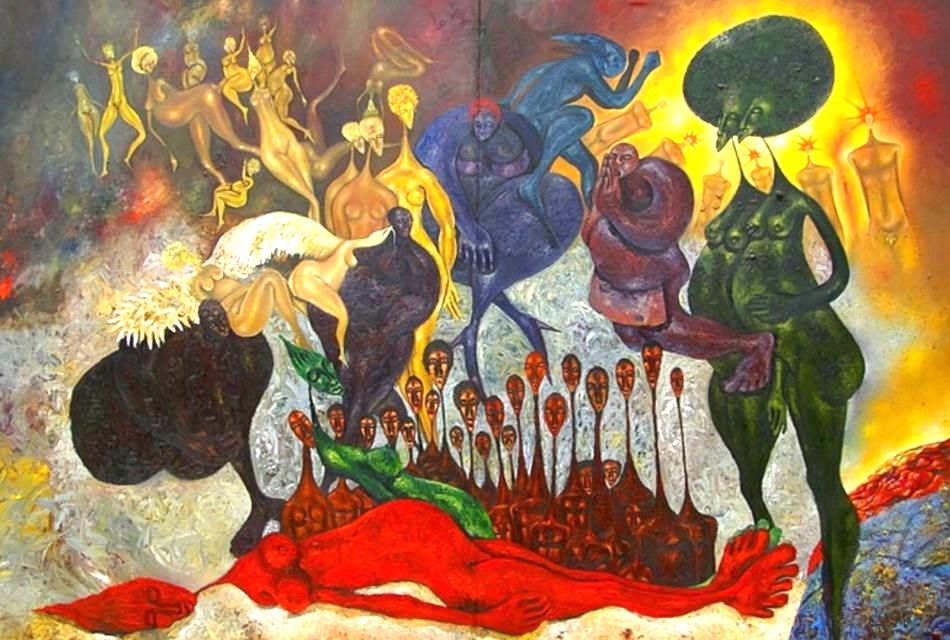 This is precisely why Tricontinental: Institute for Social Research — in dialog with a network of like-minded research institutes — has begun to draft a “Plan for the 7.9 Billion” under the leadership of Bolivarian Alliance for the Peoples of Our America – Peoples’ Trade Treaty (ALBA-TCP). We drafted a five-point plan that we hope will spur discussion and debate:

We welcome any input regarding these points, which will be part of an integrated plan that includes a proposal to raise finances for it. If you have any suggestions, please email them to plan@thetricontinental.org. 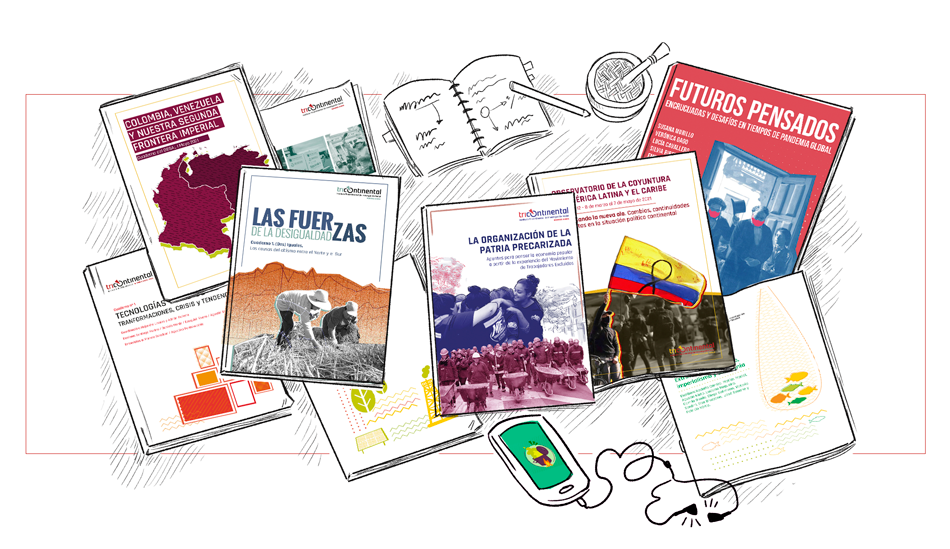 Tricontinental: Institute for Social Research is a decentralised network of research centers and projects based in the continents of Africa, Asia and Latin America. One of these centers is in Buenos Aires, where Instituto Tricontinental de Investigación Social has been closely studying the crisis in Latin America and the Caribbean, but also looking carefully at modes to exit the crisis.

One report, for instance, looks in detail at the precarious workers of Argentina, the excluded workers whose labor holds together society. In this report, the researchers note that the Movement of Excluded Workers (MTE) not only leads the sector with struggles against their terrible working conditions, but that the workers have an integrated plan for the reconstruction of Argentina’s economy.

Another report from the Research Collective on Work – Argentina (Colectivo de trabajo Argentina) looks closely at the rise of inequality between the richer and poorer nations as well as within the poorer nations.

These researchers are building a robust assessment of the social reproduction of poverty with special emphasis on the gendered division of labor to equip the public debates about the way forward not only out of the crisis of the pandemic, but out of the crisis of capitalism.

In 2019, the team in Buenos Aires set up the Observatory of the Conjuncture in Latin America and the Caribbean (OBSAL) to produce an analysis of the strategies and policies that confound the region. The OBSAL reports are published every two months. In OBSAL’s Report No. 12 (May 2021), for instance, the researchers travel from the massive protests and crackdown in Colombia to the elections for a new constituent assembly in Chile. There is no better place to get a handle on the density of events that reveal – after analysis – the structural tendencies at work in the continent. 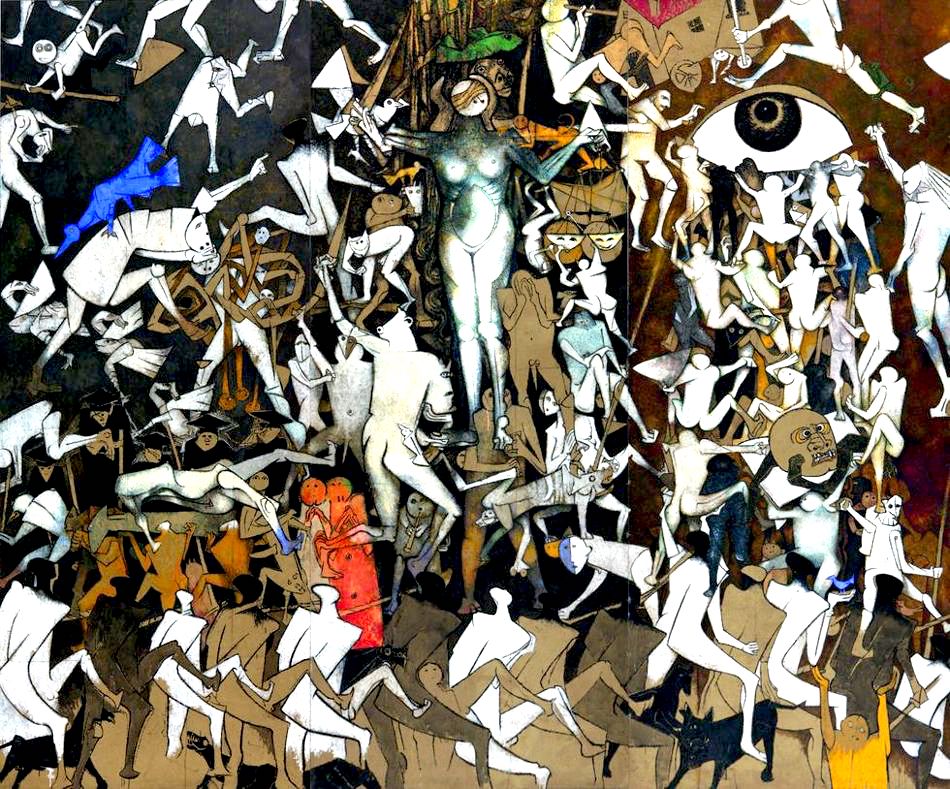 During her presentation to the UN’s High-Level Committee on South-South Cooperation on June 2, Alicia Bárcena, executive secretary of the Economic Commission on Latin America and the Caribbean (CEPAL), said that the continent needed to eradicate poverty, move towards equality and revitalize the process of regional integration. This is a correct assessment, although tempered by the intrusion of the United States and wealthy bondholders, the former seeking to drive countries of Latin America against each other and the latter preventing a healthy renegotiation of regional debt. Our researchers are gathering the evidence not only of the problems, but also seeking to assemble the elements for solutions to the structural crises. Our countries need a long-term plan to exit this neoliberal nightmare.

4 comments for “COVID-19: Every Region of the World Is ‘Worst Affected’”