The possibility that Trump will not chicken out this time, and rather will challenge the Security State looms large since he felt personally under attack.

Seldom mentioned among the motives behind the persistent drumming on alleged Russian interference was an over-arching need to help the Security State hide their tracks.

The need for a scapegoat to blame for Hillary Clinton’s snatching defeat out of the jaws victory also played a role; as did the need for the Military-Industrial-Congressional-Intelligence-Media-Academia-Think-Tank complex (MICIMATT) to keep front and center in the minds of Americans the alleged multifaceted threat coming from an “aggressive” Russia. (Recall that John McCain called the, now disproven, “Russian hacking” of the DNC emails an “act of war.”)

But that was then. This is now.

Though the corporate media is trying to bury it, the Russiagate narrative has in the past few weeks finally collapsed with the revelation that CrowdStrike had no evidence Russia took anything from the DNC servers and that the FBI set a perjury trap for Gen. Michael Flynn. There was already the previous government finding that there was no collusion between Trump and Russia and the indictment of a Russian troll farm that supposedly was destroying American democracy with $100,000 in Facebook ads was dropped after the St. Petersburg defendants sought discovery.

All that’s left is to discover how this all happened.

Attorney General William Barr, and U.S. Attorney John Durham, whom Barr commissioned to investigate this whole sordid mess seem intent on getting to the bottom of it. The possibility that Trump will not chicken out this time, and rather will challenge the Security State looms large since he felt personally under attack. 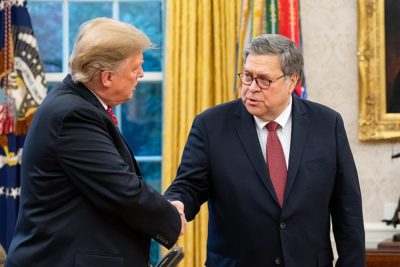 Writing on the Wall

Given the diffident attitude the Security State plotters adopted regarding hiding their tracks, Durham’s challenge, with subpoena power, is not as formidable as were he, for example, investigating a Mafia family.

Plus, former NSA Director Adm. Michael S. Rogers reportedly is cooperating. The handwriting is on the wall. It remains to be seen what kind of role in the scandal Barack Obama may have played.

But former directors James Comey, James Clapper, and John Brennan, captains of Obama’s Security State, can take little solace from Barr’s remarks Monday to a reporter who asked about Trump’s recent claims that top officials of the Obama administration, including the former president had committed crimes. Barr replied:

“As to President Obama and Vice President Biden, whatever their level of involvement, based on the information I have today, I don’t expect Mr. Durham’s work will lead to a criminal investigation of either man. Our concerns over potential criminality is focused on others.”

In a more ominous vein, Barr gratuitously added that law enforcement and intelligence officials were involved in “a false and utterly baseless Russian collusion narrative against the president. It was a grave injustice, and it was unprecedented in American history.” 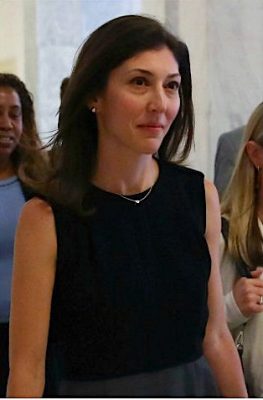 Meanwhile, the corporate media have all been singing from the same sheet since Trump had the audacity a week ago to coin yet another “-gate” — this time “Obamagate.”  Leading the apoplectic reaction in corporate media, Saturday’s Washington Post offered a pot-calling-the-kettle-black pronouncement by its editorial board entitled “The absurd cynicism of ‘Obamagate”?

The outrage voiced by the Post called to mind disgraced FBI agent Peter Strzok’s indignant response to criticism of the FBI by candidate Trump, in a Oct. 20, 2016 text exchange with FBI attorney Lisa Page:

Strzok: I am riled up. Trump is a f***ing idiot, is unable to provide a coherent answer.

Strzok – I CAN’T PULL AWAY, WHAT THE F**K HAPPENED TO OUR COUNTRY …

Strzok– Trump just said what the FBI did is disgraceful.

For a shorter, equally instructive video of Greenwald on the broader issue of Russia-gate, see this clip from a March 2019 Democracy Now!-sponsored debate he had with David Cay Johnston titled, “As Mueller Finds No Collusion, Did Press Overhype Russiagate? Glenn Greenwald vs. David Cay Johnston”:

(The entire debate is worth listening to). I found one of the comments below the Democracy Now! video as big as a bummer as the commentator did:

“I think this is one of the most depressing parts about the whole situation. In their dogmatic pushing for this false narrative, the Russiagaters might have guaranteed Trump a second term. They have done more damage to our democracy than Russia ever has done and will do.” (From “Clamity2007”)

In any case, Johnston, undaunted by his embarrassment at the hands of Greenwald, is still at it, and so is the avuncular Frank Rich — both of them some 20 years older than Greenwald and set in their evidence-impoverished, media-indoctrinated ways.

There is no defense for most Trump policies or his personality, but a greater wrong is the politicization of intelligence agencies meddling in domestic politics against him and potentially future elected leaders.

Sadly, as is apparently the case with Covid:19, older people seem particularly susceptible to what has been called Trump Derangement Syndrome—the notion that Trump is uniquely evil, while, for instance, George W. Bush, who illegally invaded Iraq—what Nuremberg termed the worst war crime, the crime of aggression—was not.

Johnston now has his own website: DCReport.org. A piece dated May 8, bears the title “How Barr Is Advancing Trump’s Quest to Become President For Life.”

Adducing “evidence” of this purported effort by Barr, Johnston indicates that he does not like what Barr’s Justice Department did in moving to drop the charges against Gen. Michael Flynn. He does not like it, not one bit! Here are some additional gems from Johnston’s latest:

“— Flynn and his company were on Putin’s payroll

— Flynn made himself susceptible to blackmail by taking Russian money and lying about it.”

“Trump denies the Russians helped him become president. But America’s intelligence agencies, the bi-partisan chairs of the Senate Intelligence Committee, the 418-page Mueller report and emails from none other than Donald Trump Jr. all make clear the Kremlin helped Trump defeat Hillary Clinton. The only issue on which the facts are not complete was whether Trump was a passive beneficiary or he knowingly worked with the Kremlin, whether obliquely or hand-in-glove.

Just weeks after assuming office Trump held an unannounced meeting in the Oval Office with Russia’s foreign minister and Russian ambassador and a “photographer” for the Kremlin-owned Tass news agency. The Russians revealed the meeting. They also disclosed that Trump gave them “sources and methods” intelligence, which is closely guarded to protect human and technological assets.

This latest abuse of power to protect a criminal crony who was on Vladimir Putin’s payroll and a secret foreign agent is more than an impeachable offense. Trump, Barr and Shea also sent a clear message: Team Trump harbors no regard for the rule of law, the foundation of our liberties and democratic freedoms.” 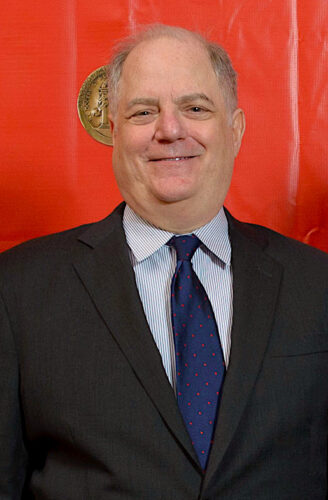 David Cay Johnston enjoys the company of other erstwhile respected pundits, notably Frank Rich. In younger days, both wrote for The New York Times, where, sadly, writers of all ages are showing acute susceptibility to the syndrome.

In a New York magazine article by Frank Rich entitled, “‘Obamagate’ Means Trump Is Desperate,’ he attempts to analyze Trump’s recent coinage of “Obamagate.” Read it and lament over what has become of yet another formerly respectable journalist. He uncritically quotes a New York contributor, Alex Carp:

“‘Obamagate’, in Trump’s brilliant coinage, is a conspiracy so vast, a crime so dastardly, that it should guarantee his reelection as soon as he figures out how to tell voters exactly what it is. As best as I can glean from his spokespeople on the Rupert Murdoch payroll — at Fox News, the New York Post, and the editorial page of The Wall Street Journal — it was a coup that involved both installing Trump in the White House so that he could preside over the most corrupt and incompetent administration in American history and propelling a beloved national hero, the Kremlin sycophant and former Obama official Michael Flynn, to prison. For a moment, it seemed that at least that second goal might be thwarted by Bill Barr’s effort to hand Flynn a Get Out of Jail Free card. But thanks to the deep-state intervention of a U.S. district judge in Washington this week, Flynn may end up behind bars after all. Obamagate Accomplished!”

Has Rich lost it? Is this dismissive gibberish meant to be facetious, sarcastic? Is it a pedantic attempt at reductio ad absurdum? — like Saturday’s Washington Post editorial board pronouncement of “ The absurd cynicism of ‘Obamagate’”.

Does Rich keep up with the news, or is he now filing from Joe Biden’s basement? Is Consortium News included in his diet of reading? Quick. Someone tell Rich that “Russia-Trump collusion” and the far-fetched charges that the Russian Internet Research Agency helped Trump become president — as well as the tall tale that Russia “hacked” the DNC emails — have all collapsed.

My father, for many years a professor at Fordham Law School, used to speak jocularly of another all-too-familiar syndrome he nonetheless took seriously: he called it “the age of statutory senility.” As Chancellor of the Board of Regents, he resigned well before he reached that age, offering his own example to superannuated Board colleagues (to no avail).

These days, I think he would probably consider 70 the age of “statutory senility”, especially were he able to read the blather of once respected journalists — like Frank Rich, whose work he used to enjoy. Let’s make sure someone is working on a vaccine for the Trump Syndrome.

Ray McGovern works with Tell the Word, a publishing arm of the ecumenical Church of the Saviour in inner-city Washington. During his 27-year career as a CIA analyst, he led the Soviet Foreign Policy Branch and prepared and briefed, in person, The President’ Daily Brief. Full disclosure: Ray is 80.

← Partisanship Aside, Trump Had Reason to Fire Michael Atkinson, Say Two Former CIA Whistleblowers
COVID-19: Hunger Gnaws at the Edges of the World →

49 comments for “RAY McGOVERN: Turn Out the Lights, Russiagate is Over”