Sam Husseini takes a look at some some of the candidates who will be getting national TV attention.

Following the rigging of the 2016 Democratic presidential primary process in favor of Hillary Clinton and various reforms that have been implemented since, the current mix of candidates heading into the back-to-back TV debates,  Wednesday and Thursday nights, is perhaps the best the DNC establishment could realistically have hoped for.

Sen. Bernie Sanders has been diluted by a massive field and former Sen. Mike Gravel, who has been articulating the broadest and most radical critique of U.S. foreign policy of any candidate, is off the stage, at least for now. 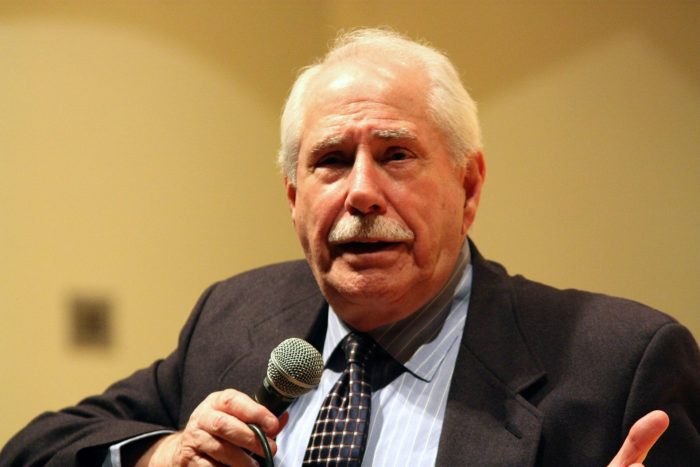 Gravel’s exclusion is especially important because of his temperament and age: he is not bound to respect the traditional pieties, particularly toward the allegedly gravitas-laden, former vice president, Joe Biden. Gravel is presumably not among the older senators the young Biden cozied up to upon entering the revered body in 1973.

It’s unclear how the large stage will play out, but it might mitigate the clear head-to-head contrast on Thursday between Biden and Sanders. It might be seen as a relative diversion. It’s also possible some other candidates might take on the role of undercutting Sanders on behalf of the DNC establishment. Alternatively, the critiques of Biden might be rather watered down and therefore possible for Biden and his proxies to rebut. The wide field also provides a good number of establishment candidates as “backups” in the event that Biden does collapse.

An added layer to this are the “refs”: Russiagate conspiracy peddler Rachel Maddow and friends from the Comcast/NBC corporate family. The debate has of course been deemed “legitimate” by the DNC, which has said it will penalize candidates who participate in debates it doesn’t sanction.

The establishment media have a history of taking gratuitous shots at Sanders and so any stumble from him will be magnified. The same is likely true of Rep. Tulsi Gabbard, who has articulated some legitimate points on foreign policy. She continues to be idiosyncratic by defending Biden on his gaffe about having worked with pro-segregation senators, but she’s been virtually the lone loud voice on issues like the Trump administration targeting WikiLeaks with the Espionage Act — a first against a publisher for unauthorized possession and dissemination of classified information in U.S. history.

Biden’s recent remarks on working with segregationists have drawn attention, but not the underlying fact that he was the leading northern Democratic opponent of desegregation, as the noted author and education specialist Jonathan Kozol has noted. Biden is vulnerable on that, though he’ll viciously attack any candidate that would raise that history. 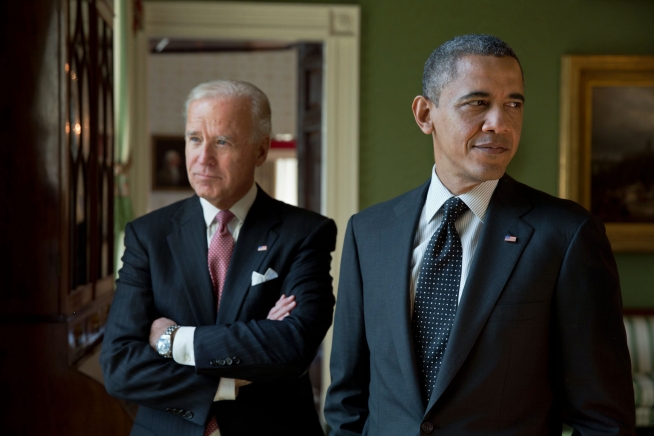 Biden has largely succeeded in spinning his cooperation with segregationists as one of “civility” but his version of bipartisanship obviously doesn’t translate into working with anti-war Republicans such as Ron Paul, the late Walter Jones, Rep. Thomas Massie or Sen. Rand Paul.

Biden clearly benefits enormously from having been Obama’s vice president, though few seem to recall the dynamics that lead to him having that position. During the 2016 campaign, Biden contrasted Obama with prior African American candidates for president as  “the first mainstream African American who is articulate and bright and clean and a nice-looking guy.” By picking Biden as vice president, Obama was sending a signal to white Democrats who might be leery of a darker skinned man as president: We’re in safe hands.

In the absence of any clear view of the major negatives of the Obama years, Biden could well be vulnerable by being cast as a substantial part of the reason the Barack Obama presidency didn’t live up to expectations. That kind of case could deflate Biden — the idea that his endless establishment and corporate ties (as detailed in Andrew Cockburn’s piece in Harper’s earlier this year) were a major reason that the Obama administration didn’t go after Wall Street crooks or really bring about the change many hoped for in 2008.

For the record, I didn’t support Obama, arguing instead for a VotePact.org strategy — with conscientious conservatives joining with principled progressives — but many did. A case could be made that if Obama had picked a different running mate, such as Jim Webb, his presidency could have unfolded differently. [See accuracy.org news release from 2008: “Anti-War Candidate, Pro-War Cabinet?”]

Not only did Biden vote for the Iraq invasion, he prevented people from testifying to the Senate against it, for example the former weapons inspector, Scott Ritter. Biden would later defend his false claims about Iraqi WMDs by insisting that “everyone in the world thought he had them. The weapons inspectors said he had them.”

Other candidates should press Biden on this history of engaging in and facilitating Bush war lies, as well as his record of subservience to corporate interests, but with such a crowded stage, full of so many candidates and moderators who share many of those underlying prejudices, Biden might come through remarkably under-scrutinized.

Sanders’ stance on economic inequality found great resonance in the public in 2016 and his recent speech on democratic socialism — especially contrasting it with corporate socialism — was quite effective. If he can articulate that clearly, he could stem the name recognition Biden has. Sanders has the greatest potential to generate populist excitement — and in a much more authentic way than how Trump manipulated it in 2016. But last time around, Sanders was vulnerable on his foreign policy positions. He actually called for more Saudi intervention in the Mideast at the time. [see “Sanders’s Screwy Mideast Strategy.”]

He has since become a vocal critic of the horrific Saudi war on Yemen. While he has improved substantially, a case can be made that Sanders has not taken on the U.S. foreign policy establishment sufficiently to articulate a meaningful path out of the perpetual war orthodoxy. He has attempted to invoke war powers to hinder Trump’s backing of the Saudi war, and has raised similar objections with respect to a possible U.S. attack on Iran, but somehow such concerns don’t come up when the U.S. outright bombs Syria.

All the contenders will want to contrast themselves to Trump, but in different ways. Some will do so in ways that come close to being xenophobic in terms of “Russian influence.” Some will reach for important but “low hanging fruit” issues such as  immigration. It will be interesting to see if any candidates besides Sanders and Sen. Elizabeth Warren highlight Trump’s regressive economic policies.

Warren can benefit by putting forward her strong policy proposals on economic issues, which are often more moderate versions of Sanders’ proposals, and cast herself as something of a compromise candidate. Unfortunately, she seems very weak on foreign policy, see my piece of last year: “The Limits of Elizabeth Warren.”

Andrew Yang could make a strong showing. His embrace of a guaranteed national income could have wide resonance. It’s a strong policy proposal because it’s both universal and has a history of support on both the left and right.

Sen. Kamala Harris could try to make her law and order background an asset by targeting Trump and other elites in terms of their lack of adherence to legal fidelity. Unfortunately, her record suggests she is quite likely to use legal processes to “punch down.”

By stepping back from bombing Iran last week, Trump is likely skillfully attempting to regain his non-interventionist facade that helped him win in 2016. His administration, however, is packed with hawks and is escalating the continuing but virtually invisible wars in Iraq, Syria, Yemen, Afghanistan, Somalia and elsewhere. His policies in those countries — as well as on Israel, Venezuela and elsewhere — should be attacked, but might get far less scrutiny than they should. That would be in part, again, to Gravel not being on the stage.

41 comments for “What to Expect in the Democratic Debates”