While the media are concentrated on Tory shenanigans, Labour Party members must seize the chance to turn Corbyn’s insurgency into a decisive force, says Craig Murray.

Sometimes we do not know when small actions could have the most momentous effects. The Archduke Franz Ferdinand loved his wife, which was most unusual for a Hapsburg. She was not of royal blood and strict protocol meant she could not appear in public ceremonies with him in Vienna. Which is why he chose to undertake a royal visit to the obscure Serbian provincial city of Sarajevo for her birthday. The rest, as they say, is history.

The historian AJP Taylor liked to list Franz Ferdinand’s love for his wife as a cause of the First World War, a reminder that history is the study of human beings. Of course, the massive arms race between the imperial powers, and the nationalist and democratic forces acting on old heterogenous dynastic empires, lay at the root of the First World War. But Taylor’s absolutely correct point is that even the greatest store of paraffin will not ignite without a spark, and perhaps the spark may never come. I am with Taylor on this, against the rigid determinists. 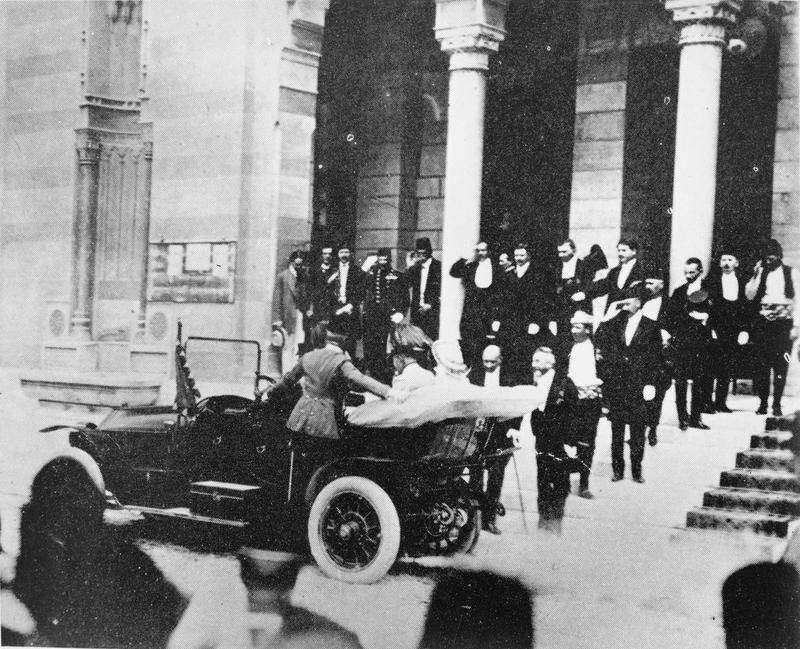 Archduke Franz Ferdinand and his wife, Sophie, get into a motor car at the city hall of Sarajevo shortly before they were assassinated by Serbian nationalist Gavrilo Princip on June 28, 1914. (Imperial War Museum via Wikimedia Commons)

The vast transfer of wealth from everybody else to the bankers in the great banking collapse, and the huge growth in wealth inequality and obscene concentrations of wealth in a tiny number of private hands, are the underlying causes of the collapse in old political party structures across the Western democracies and the rise of insurgent politics in all its various forms, mostly under the careful control of the elite using all their media control to misdirect popular blame for mass poverty against immigrants.

There are however genuine examples of insurgent politics seeking to craft a fairer society in the U.K., of which the SNP (Scottish National Party) and Yes Movement in Scotland, and Jeremy Corbyn and his supporters in England and Wales, are the most important examples.

Unusually for me, this article is addressed primarily to Corbyn supporters down in England and Wales. You don’t have to be an Austrian archduke to stand at the moment when your own small actions can have profound, indeed historical ramifications. If just somewhat fewer ordinary people in 18thcentury France had acted on Camille Desmoulins’ great speech as the revolutionary impulse teetered, the world might have been very different. Corbyn supporters are at that moment of historic decision right now – and mostly do not realize it.

Jeremy Corbyn represents the only realistic chance the people of England and Wales have been given in decades, to escape from the neoliberal economics that have impoverished vast swathes of the population. But he leads a parliamentary party which is almost entirely comprised of hardline neoliberal adherents.

The majority of the parliamentary Labour Party are the people who brought in academy schools, high student tuition fees, introduced more privatization into the health service than the Tories have, and who brought you the Iraq and Afghan wars. They abstained on the Tory austerity benefit cuts and on Prime Minister Theresa May’s “hostile environment” immigration legislation. They support Trident nuclear missiles. Many hanker after bombing Syria, and most are members of Labour Friends of Israel. 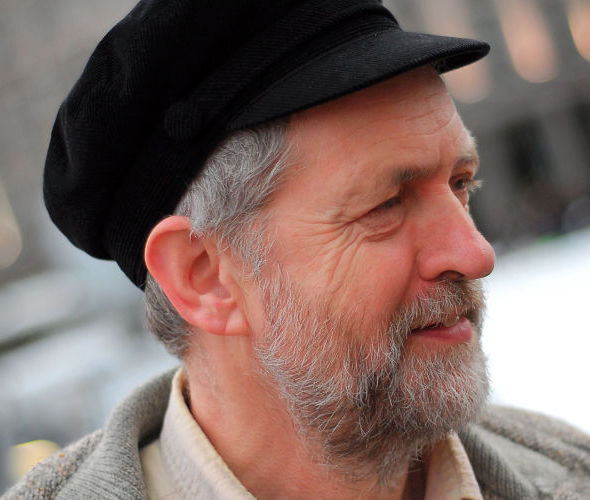 Even before the current disintegration of U.K. political structures, there was no way that these Labour MPs were ever going to support Corbyn in seeking to return the U.K. towards the mainstream of European social democracy. They have spent the last four years in undermining Corbyn at every turn and attempting to return Labour to the right-wing political establishment agenda. In the current fluid state of U.K. politics, with sections of Labour MPs already having split off and others threatening to, it is even more important that the very large majority of Labour MPs are replaced by people who genuinely support the views and principles for which Jeremy Corbyn stands.

Regrettably Labour MPs do not automatically have to run for re-selection against other potential party candidates, but under one of those hideous compromises so beloved of Labour Party conferences, they have to notify their intention to again be the party’s candidate for the constituency, and there is then a very brief window of a couple of weeks in which local branches and trade union branches can register a contest and force a challenge.

Chance to Bring a Challenge

That process has now been triggered and it is essential that every Labour Party acts NOW to try to get rid of those dreadful Blairite MPs. If you do not act, the historic moment will be missed and the chance to move England and Wales away from neoliberalism may be permanently surrendered.

The right-wing forces have the massive advantage of inertia. The local MP is very likely a crony of the chairs of the relevant local branch institutions and of the appropriate local trade union officials (and there is insufficient public understanding of the fact that historically the unions are very much a right-wing force in Labour politics). I am willing to bet that in the vast number of constituencies local officials and MPs are pretty confident of getting through this without the large majority of their members – especially the vast new Corbyn supporting membership – even noticing that anything is happening.

Which is why you need to act. Phone the chair of your local constituency today and demand that they tell you how to go about forcing a re-selection battle. Make sure that they give you the phone numbers for any local branches or institutions you have to go through. If you do not know the phone number for your local constituency chair, phone Labour HQ and get them to tell you. If you are a member of an affiliated trade union or organization, take action there too

Do not be put off. Do not follow any instruction from anyone, not even Momentum, about MPs who ought not to be challenged. Politics is a dirty game and full of dirty deals. Use your own judgement. Certainly any of the Labour MPs who abstained on Tory welfare cuts, failed to oppose the “hostile environment” immigration policy or voted to bomb Syria must be subject to challenge. I would recommend that you challenge any Friend of Israel, given that Israel is now openly an apartheid state. Remember, you may be able to influence two constituencies — that where you live, and through your trade union branch that where you work.

Whether or not you are a Labour Party member (and remember I am not), please bring this article to the attention of any and every Labour Party member you know. Progress reports in the comments section would be extremely welcome, as would anyone willing to take the time to draw up “hit lists” based on the kind of criteria I outline above.

While the media are concentrated on the Tory shenanigans, it is the Labour Party members who have the chance to make choices which could have in the long term much more important effects upon society; if people act as I recommend, this could be a historic turning point. Otherwise it will just be one of those moments that passed, and the Corbyn insurgency a small footnote of might have been.