To mark Martin Luther King Jr. Day a group of academics, journalists, lawyers, Hollywood artists, activists, researchers and intellectuals, including two of Robert F. Kennedy’s children, are calling for  reinvestigation of four assassinations of the 1960s.

On the occasion of Martin Luther King Jr. Day, a group of over 60 prominent American citizens is calling upon Congress to reopen the investigations into the assassinations of President John F. Kennedy, Malcolm X, Martin Luther King Jr., and Senator Robert F. Kennedy. Signers of the joint statement include Isaac Newton Farris Jr., nephew of Reverend King and past president of the Southern Christian Leadership Conference; Reverend James M. Lawson Jr., a close collaborator of Reverend King; and Robert F. Kennedy Jr. and Kathleen Kennedy Townsend, children of the late senator. The declaration is also signed by numerous historians, journalists, lawyers and other experts on the four major assassinations.

Other signatories include G. Robert Blakey, the chief counsel of the House Select Committee on Assassinations, which determined in 1979 that President Kennedy was the victim of a probable conspiracy; Dr. Robert McClelland, one of the surgeons at Parkland Memorial Hospital in Dallas who tried to save President Kennedy’s life and saw clear evidence he had been struck by bullets from the front and the rear; Daniel Ellsberg, the Pentagon Papers whistleblower who served as a national security advisor to the Kennedy White House; Richard Falk, professor emeritus of international law at Princeton University and a leading global authority on human rights; Hollywood artists Alec Baldwin, Martin Sheen, Rob Reiner and Oliver Stone; political satirist Mort Sahl; and musician David Crosby. 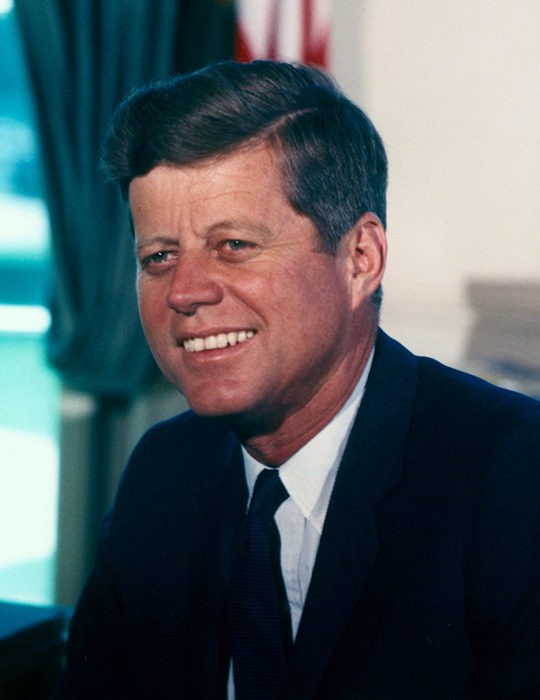 The joint statement calls for Congress to establish firm oversight on the release of all government documents related to the Kennedy presidency and assassination, as mandated by the JFK Records Collection Act of 1992. This public transparency law has been routinely defied by the CIA and other federal agencies. The Trump White House has allowed the CIA to continue its defiance of the law, even though the JFK Records Act called for the full release of relevant documents in 2017.

The group statement also calls for a public inquest into “the four major  assassinations of the 1960s that together had a disastrous impact on the course of American history.” This tribunal – which would hear testimony from living witnesses, legal experts, investigative journalists, historians and family members of the victims – would be modeled on the Truth and Reconciliation hearings held in South Africa after the fall of apartheid. This American Truth and Reconciliation process is intended to encourage Congress or the Justice Department to reopen investigations into all four organized acts of political violence.

Signers of the joint statement, who call themselves the Truth and Reconciliation Committee, are also seeking to reopen the Robert F. Kennedy assassination case, stating that Sirhan Sirhan’s conviction was based on “a mockery of a trial.” The forensic evidence alone, observes the statement, demonstrates that Sirhan did not fire the fatal shot that killed Senator Kennedy – a conclusion reached by, among others, Dr. Thomas Noguchi, the Los Angeles County Coroner who performed the official autopsy on RFK.

The joint statement — which was co-written by Adam Walinsky, a speechwriter and top aide of Senator Kennedy — declares that these

“Four major political murders traumatized American life in the 1960s and cast a shadow over the country for decades thereafter. John F. Kennedy, Malcolm X, Martin Luther King Jr. and Robert F. Kennedy were each in his own unique way attempting to turn the United States away from war toward disarmament and peace, away from domestic violence and division toward civil amity and justice. Their killings were together a savage, concerted assault on American democracy and the tragic consequences of these assassinations still haunt our nation.”

The Truth and Reconciliation Committee views its joint statement as the opening of a long campaign aimed at shining a light on dark national secrets. As the public transparency campaign proceeds, citizens across the country will be encouraged to add their names to the petition. The national effort seeks to confront the forces behind America’s democratic decline, a reign of secretive power that long precedes the recent rise of authoritarianism. “The organized killing of JFK, Malcolm, Martin, and RFK was a mortal attack on our democracy,” said historian James W. Douglass, author of JFK and the Unspeakable: Why He Died and Why It Matters (2010). “We’ve been walking in the valley of the dead ever since. Our campaign is all about recovering the truth embodied in the movement they led. Yes, the transforming, reconciling power of truth will indeed set us free.” 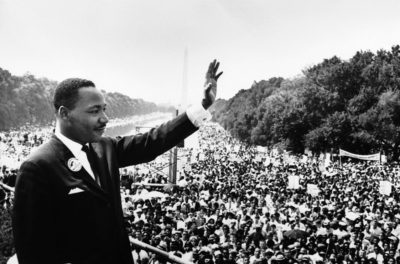 *  We call upon Congress to establish continuing oversight on the release of government documents related to the presidency and assassination of President John F. Kennedy, to ensure public transparency as mandated by the JFK Records Collection Act of 1992. The House Committee on Oversight and Government Reform should hold hearings on the Trump administration’s failure to enforce the JFK Records Act.

*  We call for a major public inquest on the four major assassinations of the 1960s that together had a disastrous impact on the course of American history: the murders of John F. Kennedy, Malcolm X, Martin Luther King Jr. and Robert F. Kennedy. This public tribunal, shining a light on this dark chapter of our history, will be modeled on the Truth and Reconciliation process in post-apartheid South Africa. The inquest — which will hear testimony from living witnesses, legal experts, investigative journalists, historians and family members of the victims — is intended to show the need for Congress or the Justice Department to reopen investigations into all four assassinations.

* On Martin Luther King Jr. Day, we call for a full investigation of Reverend King’s assassination. The conviction of James Earl Ray for the crime has steadily lost credibility over the years, with a 1999 civil trial brought by Reverend King’s family placing blame on government agencies and organized crime elements. Following the verdict, Coretta Scott King, the slain leader’s widow, stated: “There is abundant evidence of a major, high-level conspiracy in the assassination of my husband.” The jury in the Memphis trial determined that various federal, state and local agencies “were deeply involved in the assassination … Mr. Ray was set up to take the blame.” Reverend King’s assassination was the culmination of years of mounting surveillance and harassment directed at the human rights leader by J. Edgar Hoover’s FBI and other agencies.

*  We call for a full investigation of the Robert F. Kennedy assassination case, the prosecution of which was a mockery of a trial that has been demolished by numerous eyewitnesses, investigators and experts — including former Los Angeles County Coroner Dr. Thomas Noguchi, who performed the official autopsy on Senator Kennedy. The forensic evidence alone establishes that the shots fired by Sirhan Sirhan from in front of Senator Kennedy did not kill him; the fatal shot that struck RFK in the head was fired at point–blank range from the rear. Consequently, the case should be reopened for a new comprehensive investigation while there are still living witnesses — as there are in all four assassination cases.

1. As the House Select Committee on Assassinations concluded in 1979, President John F. Kennedy was probably killed as the result of a conspiracy.

2. In the four decades since this Congressional finding, a massive amount of evidence compiled by journalists, historians and independent researchers confirms this conclusion. This growing body of evidence strongly indicates that the conspiracy to assassinate President Kennedy was organized at high levels of the U.S. power structure, and was implemented by top elements of the U.S. national security apparatus using, among others, figures in the criminal underworld to help carry out the crime and cover-up. 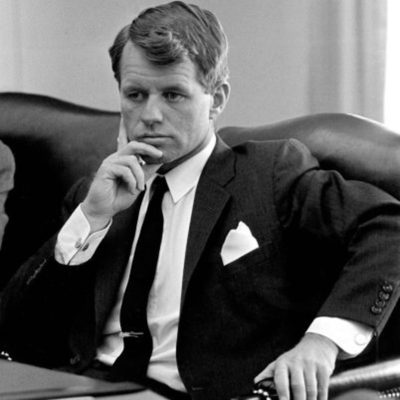 3. This stunning conclusion was also reached by the president’s own brother, Attorney General Robert F. Kennedy, who himself was assassinated in 1968 while running for president – after telling close aides that he intended to reopen the investigation into his brother’s murder if he won the election.

4. President Kennedy’s administration was badly fractured over his efforts to end the Cold War, including his back-channel peace feelers to the Soviet Union and Cuba and his plan to withdraw U.S. troops from Vietnam after the 1964 presidential election.

5. President Kennedy has long been portrayed as a Cold War hawk, but this grossly inaccurate view has been strongly challenged over the years by revisionist historians and researchers, who have demonstrated that Kennedy was frequently at odds with his own generals and espionage officials. This revisionist interpretation of the Kennedy presidency is now widely embraced, even by mainstream Kennedy biographers.

6. The official investigation into the JFK assassination immediately fell under the control of U.S. security agencies, ensuring a cover-up. The Warren Commission was dominated by former CIA director Allen Dulles and other officials with strong ties to the CIA and FBI.

7. The corporate media, with its own myriad connections to the national security establishment, aided the cover-up with its rush to embrace the Warren Report and to scorn any journalists or researchers who raised questions about the official story.

8. Despite the massive cover-up of the JFK assassination, polls have consistently shown that a majority of the American people believes Kennedy was the victim of a conspiracy — leading to the deep erosion of confidence in the U.S. government and media. 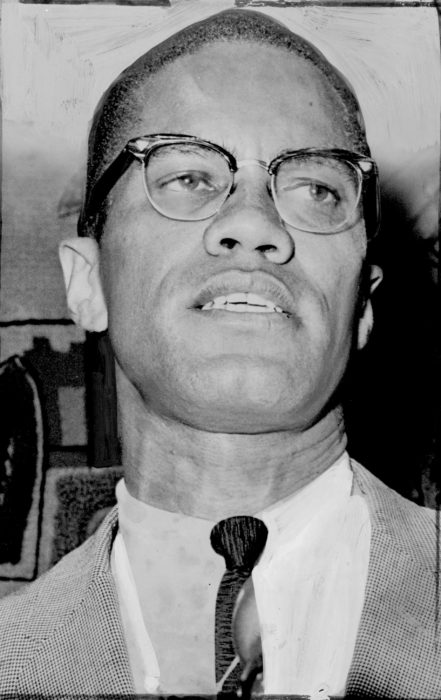 9. The CIA continues to obstruct evidence about the JFK assassination, routinely blocking legitimate Freedom of Information requests and defying the JFK Records Collection Act of 1992, preventing the release of thousands of government documents as required by the law.

10. The JFK assassination was just one of four major political murders that traumatized American life in the 1960s and have cast a shadow over the country for decades thereafter. John F. Kennedy, Malcolm X, Martin Luther King Jr. and Robert F. Kennedy were each in his own unique way attempting to turn the United States away from war toward disarmament and peace, away from domestic violence and division toward civil amity and justice. Their killings were together a savage, concerted assault on American democracy and the tragic consequences of these assassinations still haunt our nation.

177 comments for “A Call to Reinvestigate American Assassinations”