Exclusive: Having apparently learned nothing from the Iraq disaster, many of the same political/media players are reprising their tough-guy roles in a new drama regarding Iran. These retread performances may make another war, with Iran, hard to avoid, writes Robert Parry

With the typical backdrop of alarmist propaganda in place, the stage is now set for a new war, this time with Iran. The slightest miscalculation (or provocation) by the United States, Israel or Iran could touch off a violent scenario that will have devastating consequences.

Indeed, even if they want to, the various sides might have trouble backing down enough to defuse today’s explosive situation. After all, the Iranians continue to insist they have no intention of building a nuclear bomb, as much as Israeli and American officials insist that they are. 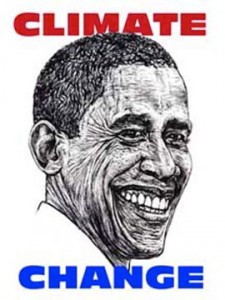 So, this prospective war with Iran like the one in Iraq is likely to come down to intelligence assessments on Iran’s intentions and capabilities. And, as with Iraq’s alleged WMD, the many loud voices claiming that Iran is on pace to build a nuclear bomb are drowning out the relatively few skeptics who think the evidence is thin to invisible.

For instance, the recent report from the International Atomic Energy Agency about Iran’s supposed progress toward a nuclear bomb was widely accepted as gospel truth without any discussion of whether the IAEA is an unbiased and reliable source.

In framing the story in support of the IAEA, the major U.S. newspapers and TV networks ignored documentary evidence that the IAEA’s new director-general was installed with the support of the United States and that he privately indicated to U.S. and Israeli officials that he would help advance their goals regarding Iran.

These facts could be found easily enough in WikiLeaks cables that the U.S. news media has had access to since 2010. Yet, the Big Media has ignored this side of the story, even as the IAEA report has been touted again and again as virtually a smoking gun against Iran.

This pattern of ignoring or downplaying evidence that runs counter to the prevailing narrative was a notable feature during the run-up to war with Iraq. It is now being repeated not just by the right-wing news media, but by the New York Times, the Washington Post, MSNBC and other centrist-to-left-leaning outlets. [Update: The IAEA report was cited again on Friday in another bellicose editorial in the Times.]

The appreciative Amano informed Pyatt that as IAEA director-general, he would take a different “approach on Iran from that of ElBaradei” and he “saw his primary role as implementing safeguards and UNSC [United Nations Security Council]/Board resolutions,” i.e. U.S.-driven sanctions and demands against Iran.

Amano also vowed to restructure the IAEA’s senior ranks in ways favored by the United States. In return, Pyatt promised that “the United States would do everything possible to support his [Amano’s] successful tenure as Director General and, to that end, anticipated that continued U.S. voluntary contributions to the IAEA would be forthcoming.”

For his part, Amano stuck out his hand seeking more U.S. money, or as Pyatt put it, “Amano offered that a ‘reasonable increase’ in the regular budget would be helpful.”

Michaeli also revealed that Amano’s public remarks about “no evidence of Iran pursuing a nuclear weapons capability” were just for show, designed “to persuade those who did not support him about his ‘impartiality.’” In reality, Amano intended to be anything but impartial.

Amano agreed to private “consultations” with the head of the Israeli Atomic Energy Commission, Pyatt reported. The purpose was to hear Israel’s purported evidence about Iran continuing its work on a nuclear weapon, not to discuss Israel’s refusal to sign the Nuclear Non-Proliferation Treaty or to allow IAEA inspectors into Israeli nuclear sites.

In a subsequent cable dated Oct. 16, 2009, the U.S. mission in Vienna said Amano “took pains to emphasize his support for U.S. strategic objectives for the Agency. Amano reminded ambassador [Glyn Davies] on several occasions that he [Amano] was solidly in the U.S. court on every key strategic decision, from high-level personnel appointments to the handling of Iran’s alleged nuclear weapons program.”

Amano also continued to indicate that he needed to hide his true intentions. “More candidly, Amano noted the importance of maintaining a certain ‘constructive ambiguity’ about his plans, at least until he took over for DG ElBaradei in December” 2009, the cable said.

In other words, the emerging picture of Amano is of a bureaucrat eager to please the United States and Israel regarding Iran’s nuclear program. Wouldn’t that evidence be relevant for Americans deciding whether to trust the IAEA report? But the Big Media apparently felt that the American people shouldn’t know these facts whose disclosure has been limited to a few Internet sites. [See Consortiumnews.com’s “America’s Debt to Bradley Manning.”]

Similarly, the U.S. press corps is now reporting the dubious allegations about an Iranian assassination plot directed against the Saudi ambassador as flat fact, not as some hard-to-believe accusation comparable to Vice President Dick Cheney’s claims in 2002 that Iraqi officials had a hand in the 9/11 attacks. [See Consortiumnews.com’s “Petraeus’s CIA Fuels Iran Murder Plot.”]

There is now a cascading of allegations regarding Iran, as there was with Iraq, with the momentum rushing toward war.

Just as with Iraq’s Saddam Hussein, the U.S. news media treats Iran’s President Mahmoud Ahmadinejad as a designated villain whose every word is cast as dangerous or crazy. Even left-of-center media personalities, like MSNBC’s Chris Matthews and Rachel Maddow, talk tough against Ahmadinejad, just as many “liberals” did regarding Hussein.

Also, as happened with Iraq when harsher economic sanctions merged with a U.S. troop build-up, making an escalation toward war almost inevitable tougher and tougher Western sanctions against Iran have pushed the various sides closer to war.

In November, Iranian anger at escalating sanctions and other hostile acts led to an assault on the British Embassy, which then prompted new European demands for a full-scale embargo of Iranian oil. As tensions have grown, the U.S. Senate tossed in its own hand-grenade, voting 100-0 in favor of hitting Iran with ever more stringent sanctions.

In turn, Iran has threatened to retaliate against the West’s economic warfare by blocking the Strait of Hormuz, through which one-fifth of the world’s oil flows, thus driving up oil prices and derailing the West’s already shaky economies. That threat has led to even more bellicose language from many U.S. political figures, especially the Republican presidential hopefuls who have denounced President Barack Obama for not being tougher on Iran.

With the exception of Rep. Ron Paul, virtually all the leading Republican contenders including Mitt Romney and Newt Gingrich have signaled a readiness to join Israel in a war against Iran. Romney has farmed out his foreign policy agenda to prominent neoconservatives, and Gingrich has gone so far as to suggest a full-scale U.S.-Israeli invasion of Iran to force “regime change.”

As the U.S. news media and politicians mostly reprise their performances on the Iraq invasion in regard to Iran, the principal obstacles to a new war appear to be President Obama and Defense Secretary Leon Panetta. Both are said to privately oppose a war with Iran, which was not true of how President George W. Bush and Defense Secretary Donald Rumsfeld felt about Iraq.

Though Obama and Panetta have talked tough about “all options on the table,” the Obama administration slipped loopholes into the Senate’s anti-Iran legislation, to allow the President to waive Iranian sanctions if he deemed them a threat to national security or to the economy.

One intelligence source told me that Obama is playing a delicate game in which he must placate hawkish anti-Iranian sentiments in Israel and on Capitol Hill while he continues to seek a broader Middle East security arrangement that would include Iran in the mix. On Wednesday, administration officials sought to tamp down alarmist anti-Iran reports in the U.S. press.

Still, whether Obama can head off a violent conflict with Iran remains to be seen. As the presidential election grows nearer and the likely GOP’s nominee hammers at Obama as soft on Iran a preemptive Israeli attack or a miscalculation by Iran could make war unavoidable.

For its part, the major U.S. news media has done its best, again, to line up the American people behind another war.

47 comments for “Slip-Sliding to War with Iran”