Many workers remain unsatisfied with the compromise proposed last month by the U.S. president’s appointed arbitrators. 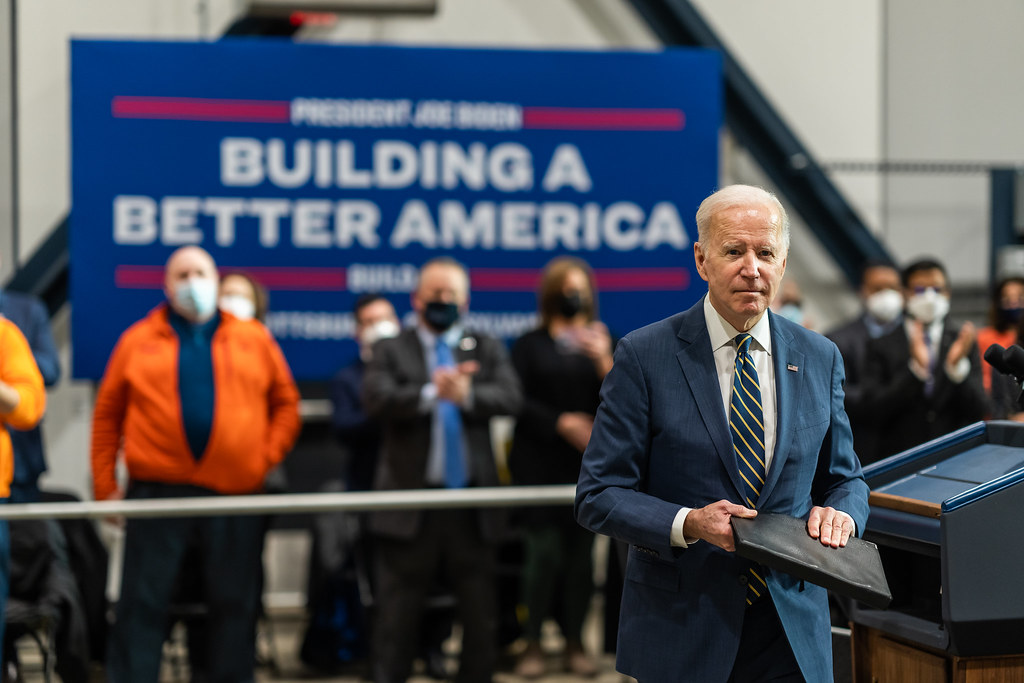 As negotiations between rail carriers and unions trying to secure sick days and other basic benefits for tens of thousands of workers in the freight industry have stalled, White House officials are engaged in a last-ditch effort to prevent a nationwide railroad strike that could force much of the country’s economy to grind to a halt as soon as the end of this week.

Many workers remain unsatisfied with the compromise proposed last month by President Joe Biden’s appointed arbitrators, saying that it ignores their demands for more humane workplace policies and isn’t enough to keep them from going on strike.

“Biden administration officials have started preparing for a potential shutdown and have warned that a strike could seriously damage the U.S. economy, while also warning it could hurt Democrats in the upcoming midterm elections, two of the people said. Labor Secretary Marty Walsh was part of meetings led by the White House National Economic Council last week, and President Biden is also personally tracking the matter, the two people said. Transportation Secretary Pete Buttigieg is also involved in trying to broker the impasse.”

Walsh has postponed travel to Ireland to remain in talks.

“The parties continue to negotiate, and last night Secretary Walsh again engaged to push the parties to reach a resolution that averts any shutdown of our rail system,” a Labor Department spokesperson said Monday. “All parties need to stay at the table, bargain in good faith to resolve outstanding issues, and come to an agreement.”

If labor and management are not able to agree on a new contract by midnight on Friday, workers can strike. An unnamed spokesperson from one of the two rail unions still opposed to the White House proposal told CNBC on Monday that “if this contract is presented to our members in its current form, it will not pass.”

“The workers are angry,” said the spokesperson. “They want movement on attendance policies and [to] not be afraid to take a sick day or vacation day without the fear of termination. There will be no ratification unless this is addressed.” 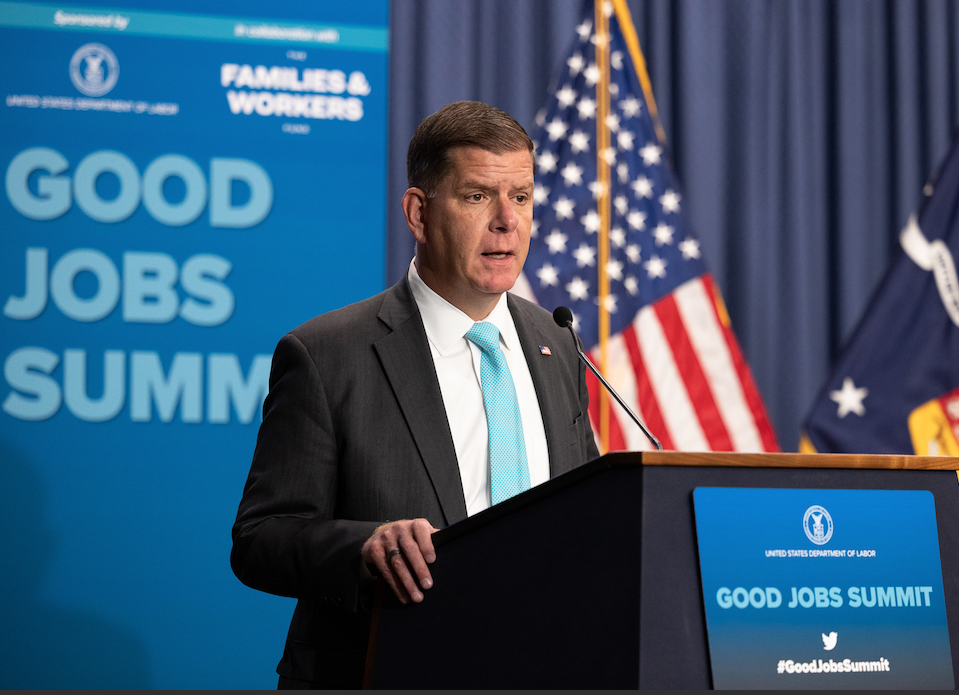 Should it materialize, the first national rail shutdown since the early 1990s would freeze an estimated 30 percent of the country’s freight and most of its passenger and commuter rail services. The Transportation Department has estimated that the U.S. economy could lose up to $2 billion per day as a result.

“The last thing the [White House wants] right now is a major strike in a key sector like this,” said Dean Baker of the Center for Economic and Policy Research. “I think Biden is going to be pushing really hard to get a deal. He’ll presumably push on the employer side but I’m sure he’ll push the union side as well… though there’s a question of how hard he’ll be willing to push the workers.”

Railroads are currently enjoying record profits after decades of deregulation, consolidation, and “just-in-time” operations transformed the industry into what Sarah Miller, executive director of the American Economic Liberties Project, calls “another monopolized cash cow for Wall Street.” Rather than improve pay and job conditions, owners have continued to squeeze workers and jeopardize public safety by cutting staff and increasing hours. Meanwhile, investors have been rewarded with stock buybacks and dividend bumps.

[Related: The Crisis in US Railroads]

“The railroad has brought its labor woes on itself,” one unnamed source with knowledge of the negotiations told CNBC. “They have made steep staffing cuts to appease shareholders and improve their bottom line. Workers are burned out. You have heard from the railroads they are hiring but they are not retaining talent because of the point system where you are on call for 12 hours a day and you have to be an hour or less away from your job. They are being held hostage.”

The American Prospect‘s Ryan Cooper opined on social media that a “situation like this really calls for the government to step in and force management to make concessions.”

As Labor Notes reported recently, the Presidential Emergency Board (PEB) — a three-person panel established by Biden earlier this summer in a bid to resolve heated negotiations between rail carriers and union officials — has “recommended 22% raises over the course of the five-year contract (dating back to 2020), which would be the highest wage increases rail unions have seen in decades. But they are offset by increases in healthcare costs — and come in the midst of high inflation.”

“The PEB also refused to touch almost any of the unions’ demands on work rules and conditions, either denying them outright or suggesting that the unions return to the slow negotiation and arbitration process they have already languished in since November 2019,” the outlet noted. “Unions have been demanding a sick leave policy — rail workers have no sick days — and the PEB refused them. The PEB also refused to take a position on the strict attendance policies have infuriated many rail workers.” 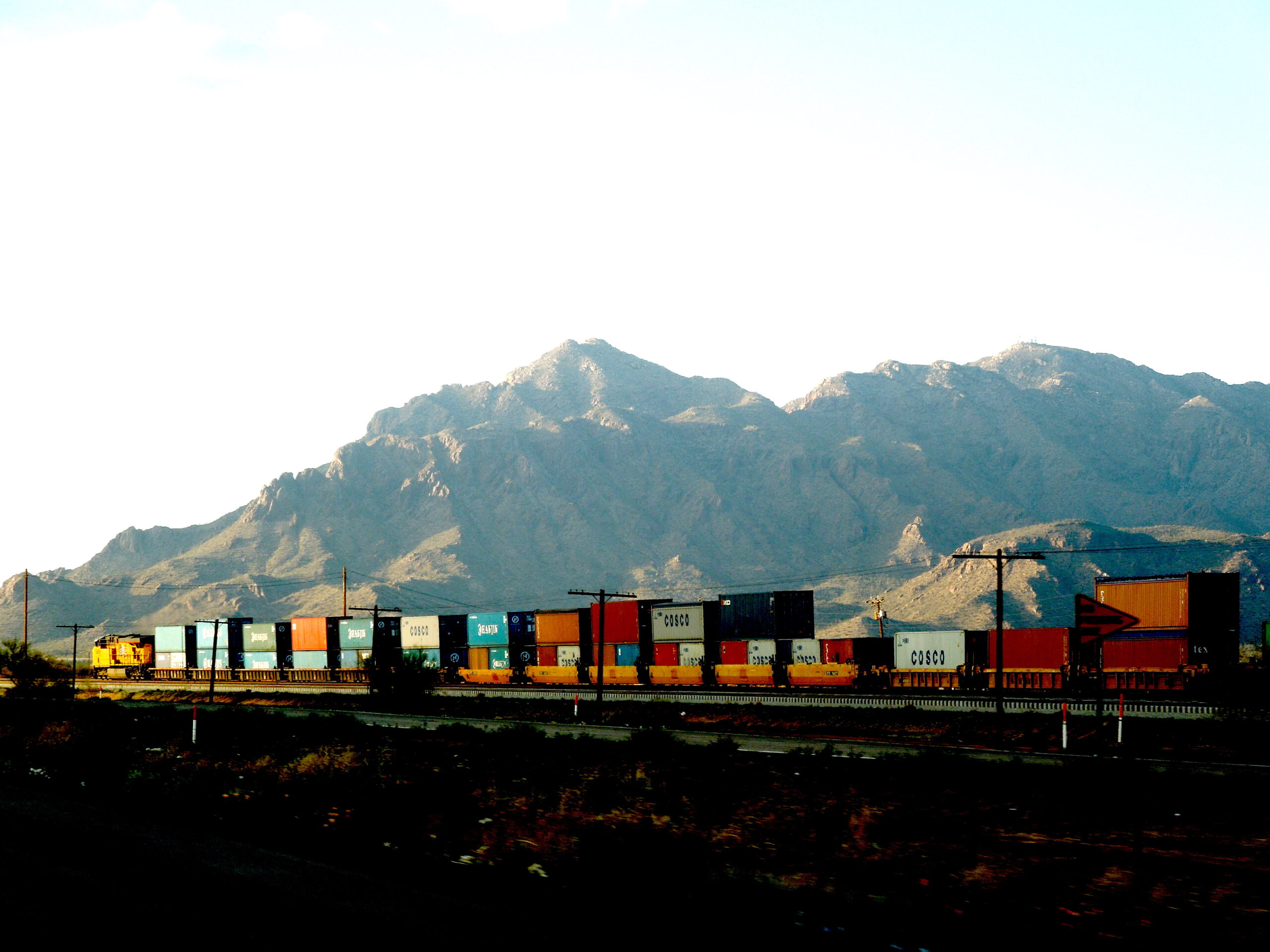 Since they were first issued on Aug. 16, the PEB’s non-binding recommendations have caused a previously united bargaining coalition representing 115,000 workers to splinter, with some rail union leaders seeking to turn the White House’s proposal into a deal before a 30-day “cooling off” period expires.

As of Monday, 10 out of 12 unions have reached tentative agreements with railroad operators, up from five last week. But the two largest — the International Association of Sheet Metal, Air, Rail, and Transportation Workers–Transportation Division (SMART-TD) and the Brotherhood of Locomotive Engineers and Trainmen (BLET) — representing some 57,000 engineers and conductors are still not on board with the PEB’s recommendations.

“We must make improvements to the working conditions that have been on the bargaining table since negotiations began,” SMART-TD president Jeremy Ferguson and BLET president Dennis Pierce said Sunday in a joint statement.

“Penalizing engineers and conductors for getting sick or going to a doctor’s visit with termination must be stopped as part of this contract settlement,” said Ferguson and Pierce. “Let us repeat that, our members are being terminated for getting sick or for attending routine medical visits as we crawl our way out of [a] worldwide pandemic.”

“No working-class American should be treated with this level of harassment in the workplace for simply becoming ill or going to a routine medical visit,” they continued. “Sadly, the Presidential Emergency Board recommendation got it wrong on this issue. As we have said from the day that they were implemented, these policies are destroying the lives of our members, who are the backbone of the railroad industry.”

The freight industry has already begun preparing for a strike. As reported by The Associated Press, railroads announced late Friday that they planned to curtail “shipments of hazardous materials and other chemicals on Monday to ensure carloads of those dangerous products won’t be stranded along the tracks if the trains stop moving.”

According to Ferguson and Pierce, “This completely unnecessary attack on rail shippers by these highly profitable Class I railroads is no more than corporate extortion.”

“Our unions remain at the bargaining table and have given the rail carriers a proposal that we would be willing to submit to our members for ratification, but it is the rail carriers that refuse to reach an acceptable agreement,” said the pair. “They cannot legally lock out our members until the end of the cooling-off period. Instead, they are locking out their customers beginning on Monday and further harming the supply chain in an effort to provoke congressional action.”

“The railroads are using shippers, consumers, and the supply chain of our nation as pawns in an effort to get our unions to cave into their contract demands,” the duo added. “Our unions will not cave into these scare tactics, and Congress must not cave into what can only be described as corporate terrorism.”

As Bloomberg reported over the weekend: “Pressure is building from industry groups and Republicans alike for Congress to intervene in the dispute… Lawmakers have the authority to extend the deadline beyond 12:01 am ET on September 16 or impose a contract on the two sides, preventing workers from striking for a better deal.”

Lawmakers from both major parties, Jacobin noted recently, have invoked the Railway Labor Act several times to undermine the right to strike, “often ramming settlements down the throats of striking workers.”

Ferguson and Pierce pointed out that “self-appointed titans of industry complain constantly about government regulation and interference — except now when it comes to breaking the backs of their employees.”

“It’s time for the federal government to tell the CEOs who are running the nation’s railroads into the ground that enough is enough,” they added. “Congress should stay out of the rail dispute and tell the railroads to do what other business leaders do — sit down and bargain a contract that your employees will accept.”

6 comments for “Who Runs the Railroads? Looming Strike Pressures Biden”