Joe DeManuelle-Hall reports on the years-long squeeze that major railroads have put on their operations and workforces. 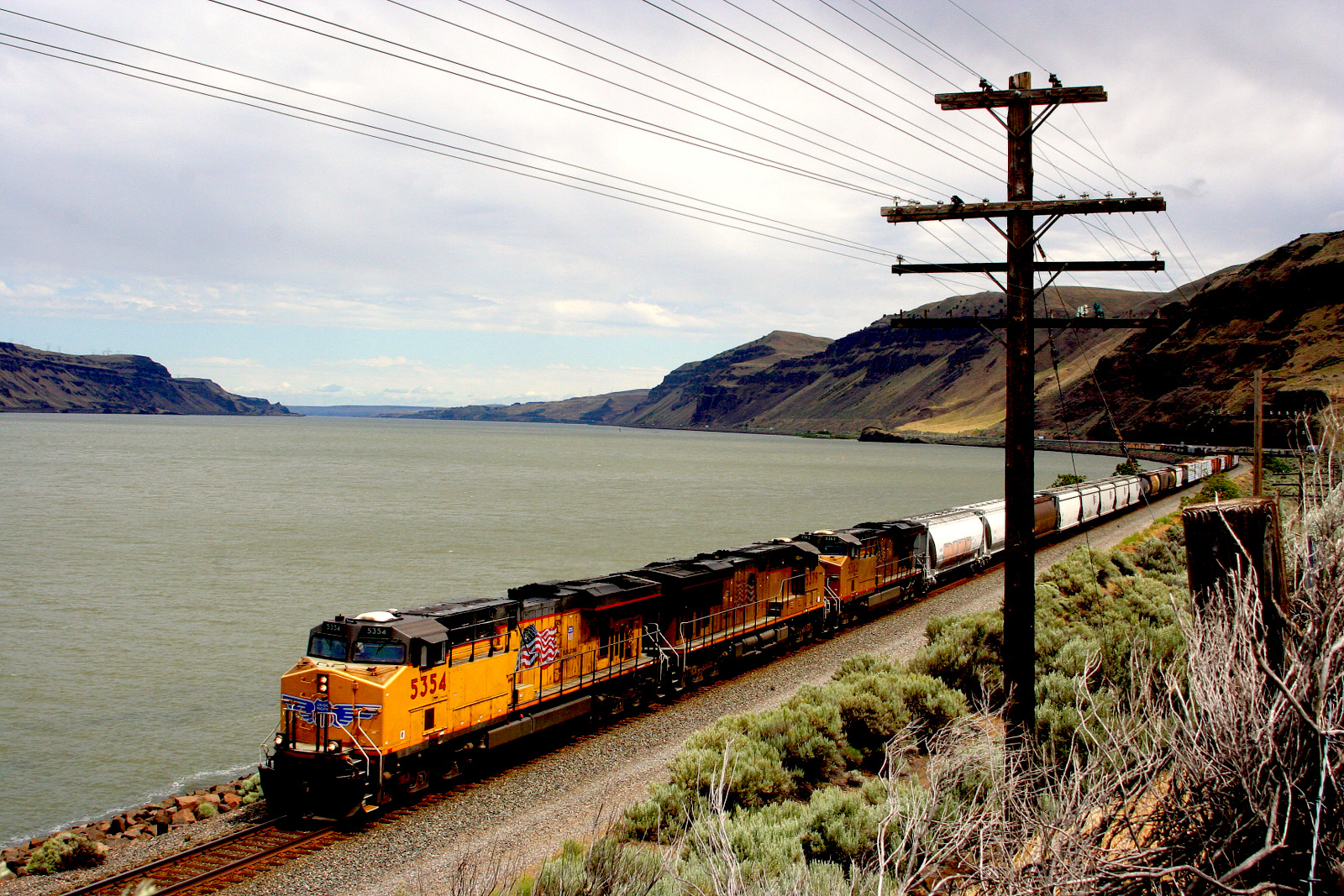 Workers are seething over the impact of extreme cost-cutting measures. Rail unions are escalating through the slow steps of negotiations under the Railway Labor Act — toward a resolution, a strike, or a lockout.

Rail remains one of the most heavily unionized industries in the country, and rail workers maintain the arteries of the economic system.

In 2018, U.S. railroads moved 1.73 trillion ton-miles of freight, while trucks moved 2.03 trillion. (One ton-mile is one ton of freight moved one mile.) A slim majority of rail freight consists of bulk commodities, ranging from grain to mined ores to automobiles; slightly less is made up of consumer goods.

In the flurry of reporting on what’s slowing down the supply chain, little has been said about one contributing factor — the years-long squeeze that major railroads have put on their operations and workforces.

Precision Scheduled Railroading is a nebulous term that has come to cover many measures aimed at cutting costs and increasing profits. (Although the name refers to trains operating on a set schedule, that’s just one piece.) All the railroads engage in elements of it.

PSR is basically the railroad version of lean production — the methodology of systematic speedup and job-cutting that caught on in manufacturing in the ’80s and spread to many industries.

The railroads have done it by cutting less-profitable routes; closing and consolidating rail yards, repair barns, and other facilities; running fewer, longer trains; and laying off tens of thousands of workers while demanding the remaining workers do more.

Class I railroads — the companies with annual revenues over $900 million — employed fewer workers this January than any month since 2012, falling below even the early-pandemic slump.

At the same time, individual freight trains were hauling, on average, 30 percent more tonnage in 2020 than in 2000.

But all these practices add up to a system that doesn’t function well under pressure —the pressure of a global pandemic, or even just the pressure of normal operations. In stretched-out, just-in-time supply chains with no room for error, delays cascade into more delays.

For the workers who remain, Precision Scheduled Railroading has transformed their jobs for the worse. Workers have fewer days off and even more irregular schedules than they’re used to. Longer trains are harder to operate and more prone to derailments.

The railroads have cut back on inspections. They have deferred and outsourced maintenance that was traditionally done by union workers. And they are continuing their push to reduce the crews of these ever-longer trains from two people to one.

All in all, the railroads have created a crisis: they’ve laid off so many people that many of those who remain consider the situation unbearable.

Workers report that some of their co-workers have already quit before retirement, and many are looking for other jobs — actions that were once unheard-of in a highly desirable and steady line of work.

Glassdoor, a site that lets workers review their employers, released a list in 2020 of the worst companies in the U.S. to work for. Three of the top five were Class I railroads. 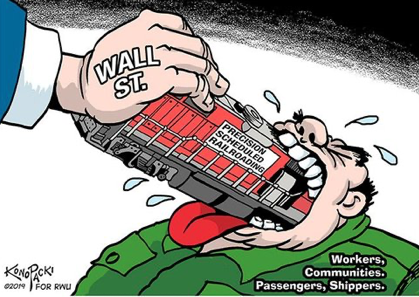 And yet, because of all the cost-cutting measures and sleight of hand like stock buybacks (more on this below), financially the Class I railroads are performing incredibly well.

For instance, Union Pacific (UP) reported in the fourth quarter of 2021 that it had cut costs and posted a 23 percent profit increase over the previous fourth quarter — even though its on-time delivery performance was down, fuel prices were up, and it had staffing shortages.

Class I railroads are also enriching their shareholders by funneling money into stock buybacks and dividends — mechanisms that companies use to put more money into shareholders’ pockets. When a company buys back some of its own stock, the shares remaining in the market are more scarce, so their value increases.

(BMWE), whose members build and maintain tracks and bridges, UP, CSX, and Norfolk Southern all spent more money on stock buybacks than wages and benefits over the 33 months leading up to December 2021. 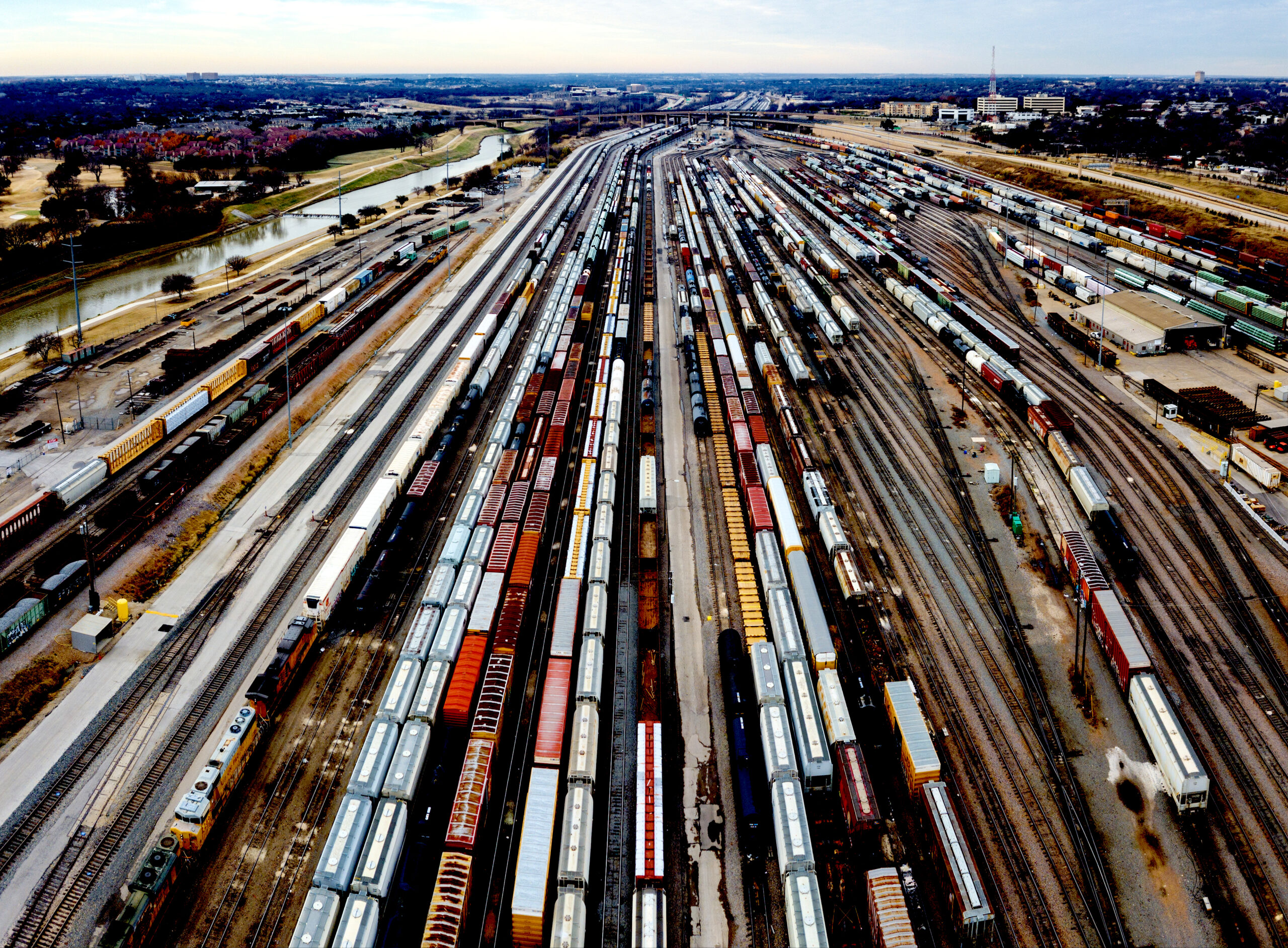 Most of the Class I railroads bargain together through the National Carriers Conference Committee: UP, NS, CSX, BNSF, Kansas City Southern, and Canadian National. (Two Class I railroads — Canadian Pacific and Amtrak — bargain separately.)

On the union side, things are more divided. The 13 unions representing the various rail crafts are split into two coalitions that separately bargain with the NCCC.

The larger is the Coordinated Bargaining Coalition, made up of 11 unions. The smaller coalition is two unions: the BMWE and SMART Mechanical Division (SMART-MD). And even this reflects a recent consolidation — in the last negotiations, there were three union coalitions.

Jurisdiction and union politics can be messy. BMWE and the Engineers (BLET) are both Teamsters affiliates, yet they bargain separately; it’s the same for SMART’s two affiliates.

Rail and airline unions are governed by the Railway Labor Act. Passed a decade before the National Labor Relations Act, the RLA gives the federal government a much heavier hand in negotiations and adds many more steps. Unions can’t strike during contract negotiations until after they have been “released” by the government to do so, and that comes only after they have exhausted other steps — and if Congress doesn’t intervene to block a strike.

The last national railroad strike took place in 1991, and lasted a single day before Congress and President George H. Bush sent the strikers back to work.

The current bargaining with the major rail carriers has been going on since 2019, when the contracts came up for amendment. Rail contracts don’t expire.

Until recently, the National Mediation Board — the three-member body that oversees the RLA — was dominated by Republican nominees, who were more likely to side with the railroads. But in December the Senate confirmed President Joe Biden’s pick Deirdre Hamilton, creating a 2-1 majority of Democratic appointees. Hamilton had previously worked for the Association of Flight Attendants and the Teamsters.

Congratulations to former IAM Legal Fellow Deirdre Hamilton on her confirmation to the National Mediation Board. pic.twitter.com/eSofa9WTPG

Unions can now be expected to push the process forward more quickly than before.

The Coordinated Bargaining Coalition finally requested mediation in January. The BMWE/SMART-MD coalition has been in mediation since July. Recently, it declared impasse and called for the next step: the creation of a Presidential Emergency Board.

Biden has the power to create an emergency board once mediation is exhausted and if either side refuses binding arbitration. The board would have 30 days to issue a recommendation, followed by a 30-day “cooling-off” period. At the end of this period, a strike or lockout could take place — or Congress could step in.

Given the national attention on the supply chain and the economy, Democratic politicians would be under significant pressure to resolve a dispute without a strike. 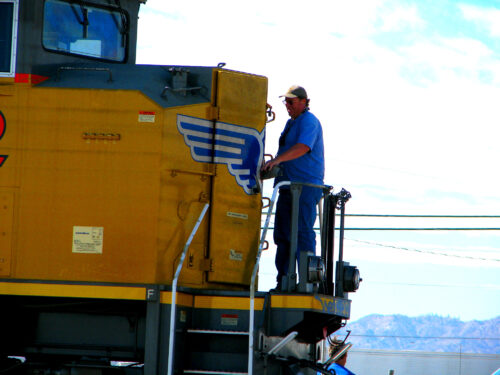 Meanwhile, outside of negotiations, other disputes are escalating.

At Norfolk Southern, one of the companies that has made the deepest cuts, engineers were forced to work out of craft as conductors — to plug staffing shortages that were the employer’s own fault. (While there are many rail crafts, the biggest two are engineers, who operate the trains, and conductors, who are responsible for a variety of tasks like radio communications and switching cars.)

BLET and SMART-TD sought an injunction to stop the practice and reinstate engineers who had refused to work out of title. If the courts rule that this is a “major dispute” under the RLA, the unions could potentially strike; if they rule it a “minor dispute,” the best they can hope for is arbitration while the policy remains in place.

BNSF announced a new points-based attendance policy for its engineers and conductors, who already have irregular schedules with inconsistent days off. Conductors and engineers work “on call,” working many days in a row and getting called in at wildly different times. Workers have difficulty taking even earned time off, and railroaders don’t have paid sick days.

Under the new system, as one worker described it, after taking off a Saturday and a Sunday together you would have to work weeks or months straight, with no day off, to dig yourself out of the hole.

BLET and SMART-TD, the unions representing the 17,000 workers in these crafts at BNSF, announced that they would call for a strike over the unilateral policy change. BNSF sought, and got, an injunction in federal court against a strike. But while the issue gets fought over in the courts, BNSF implemented the attendance policy on Feb. 1.

Everyone is on edge — worried about safety as corners get cut; run ragged by increased workloads, understaffing, and the totalitarian enforcement of disciplinary policies.

The railroad workers I spoke to were convinced that their co-workers would stick it to their employers one way or another — whether by rejecting contracts that aren’t satisfactory, by walking away from a career, or by going on strike.

Joe DeManuelle-Hall is a staff writer and organizer at Labor Notes.

← Harrowing Drone-Strike Testimony at US Senate
How the Establishment Functions →

4 comments for “The Crisis in US Railroads”