The Edinburgh student charged with “breaching the peace” says officers feared they would be a “laughing stock,” Adam Bychawski reports. 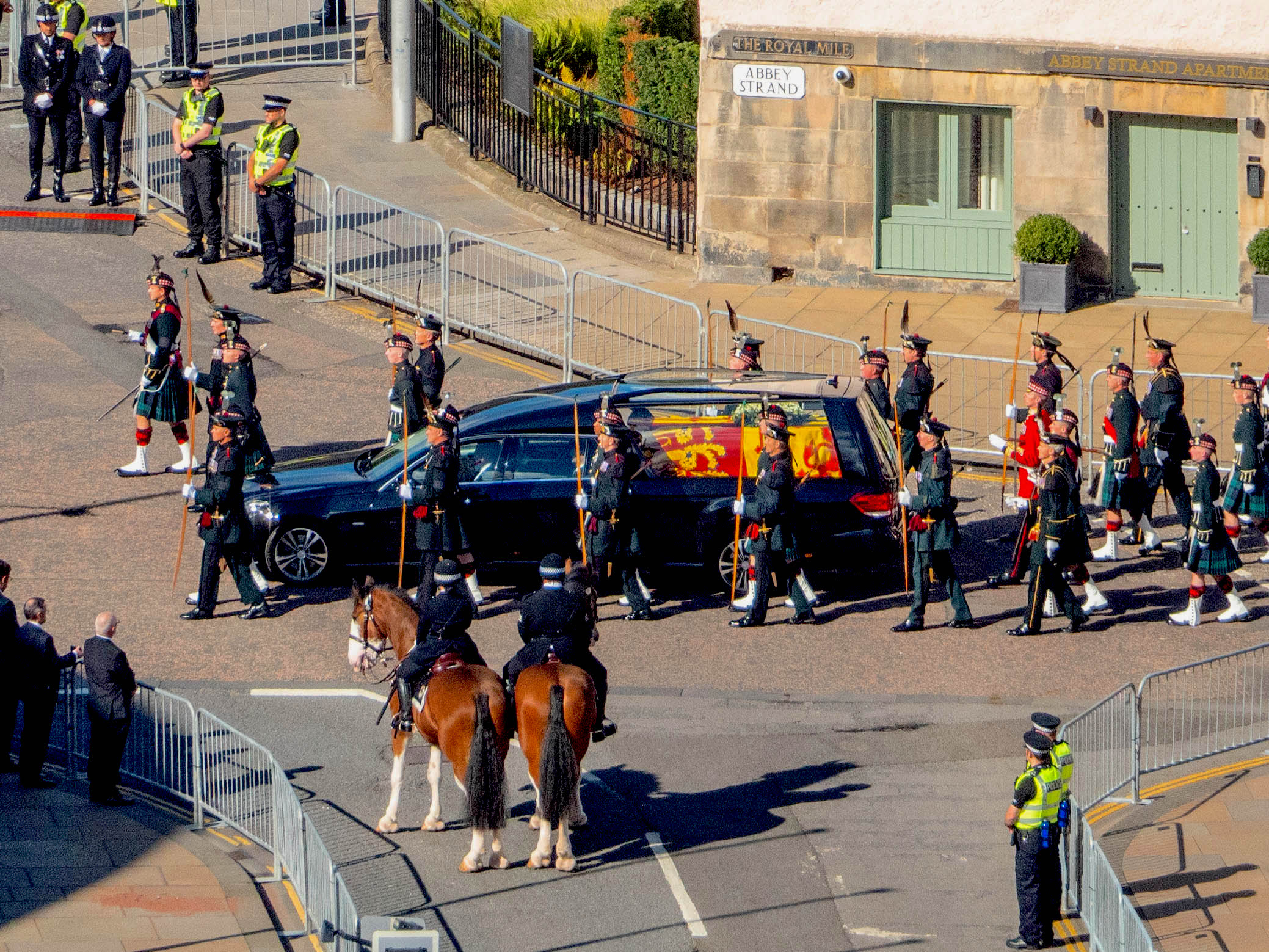 The police who arrested an Edinburgh student for “breaching the peace” as she protested a ceremony for King Charles III feared they would be a “laughing stock” as a result, she has claimed.

Cops removed Mariángela, 22, who did not wish to give her last name, from the crowd outside St. Giles’ Cathedral in Edinburgh on Sunday, after she held up a sign that read: “Fuck imperialism. Abolish monarchy.”

She told openDemocracy the officers had initially suggested she would be released — but then said to her that they had been given orders by a superior to arrest her. She alleges she later overheard the officers express doubts over whether the arrest was lawful, and worrying that they would be laughed at by colleagues for taking her into custody.

Civil rights groups have criticised authorities for cracking down on freedom of speech, with at least five people arrested for demonstrating against the monarchy since Saturday. Liberty has accused police forces of “clamping down on free expression” by being “heavy-handed and punitive” with the enforcement of their powers.

**has now been charged with a criminal offence**pic.twitter.com/YOyozZqWEL

Mariángela said the arrest was “clearly a violation of freedom of speech, which is supposed to be enshrined in the laws of the United Kingdom. If I’m not allowed to express my opinion, I don’t see how that law is being observed.” She added that she was locked in a cell for nine hours.

Police Scotland would not confirm or deny the allegations made by Mariángela and referred openDemocracy to a statement released yesterday, which said only that a 22-year-old woman had been arrested for a breach of the peace.

A spokesperson claimed Mariángela’s sign was not the reason for her arrest, and said she had been charged under section 38 of the Criminal Justice and Licensing (Scotland) Act 2010, which covers “behaviour likely to cause a reasonable person to suffer fear or alarm.” She will appear at Edinburgh Sheriff Court on Sept. 30.

But the student told openDemocracy she had remained silent during her protest, and was threatened and abused by members of the crowd who had gathered to watch the procession. Other members of the public, however, called for her to be released when she was led away by police, according to reports.

Mariángela said she took part in the protest as part of the republican group Our Republic, but that only she was detained. Originally from Mexico, she said she was also protesting on behalf of the campaign group Global Majority Vs to send “a message of solidarity to indigenous communities in the Global South.”

“The monarchy represents represent centuries of genocide, resource extraction, colonialism, murder,” she said. “It has committed and perpetuated all these crimes ever since its inception. As a person who comes from the Global South, who has witnessed this, it’s unacceptable that this is still going on.” 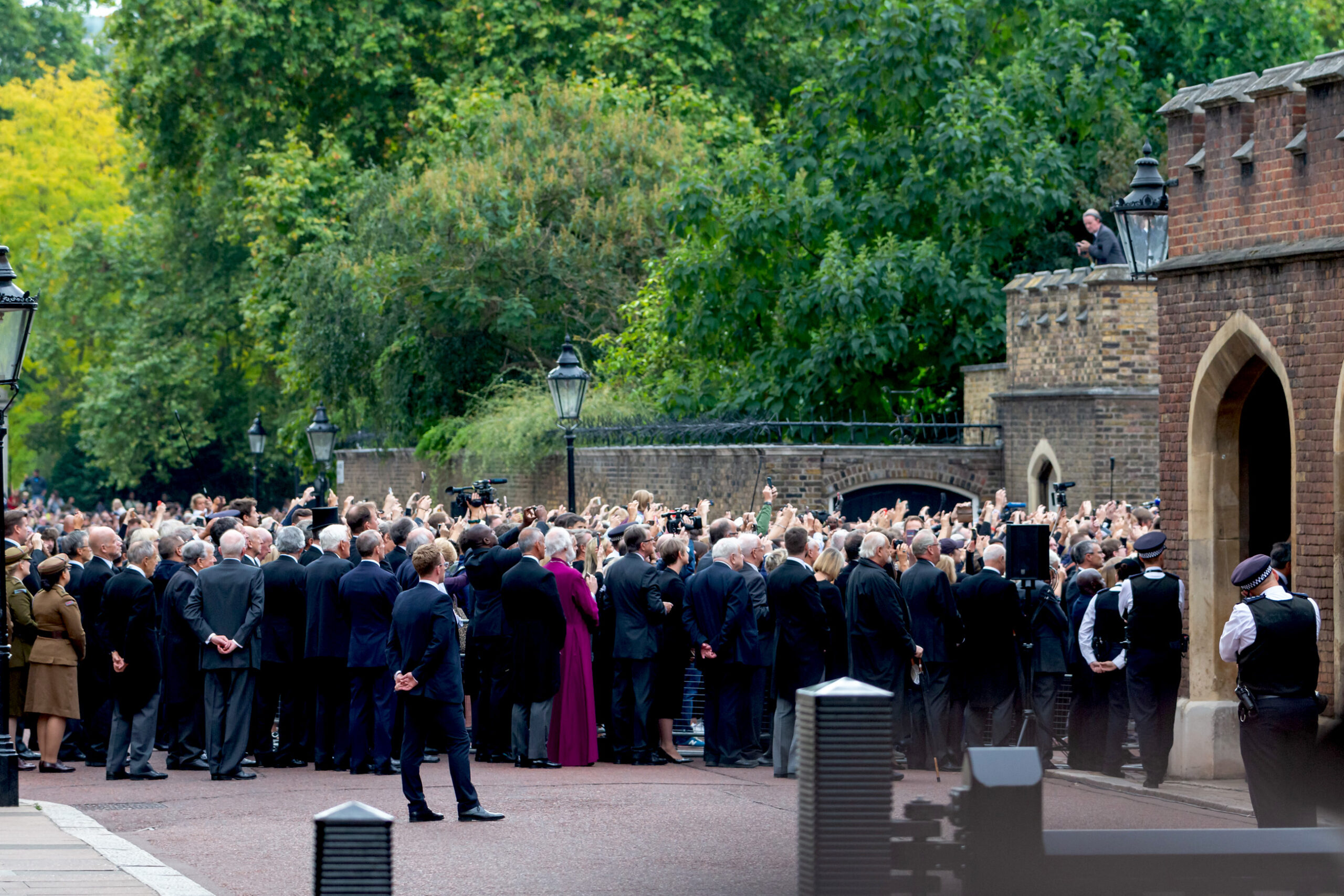 Mariángela said she also wished to draw attention to the cost-of-living crisis by protesting the proclamation. “Why are we giving millions of pounds to a monarchy, to live a luxurious life, when there’s people in the streets of Edinburgh, literally starving to death, not being able to pay their energy bills, and having to freeze during the winter?” she added.

Events marking the both accession of King Charles and the state funeral for Queen Elizabeth are state-funded. The exact costs are not currently known, but the queen mother’s funeral in 2002 reportedly cost around £5.4m.

Police Scotland also separately arrested a 74-year-old man on Sunday, while a 54-year-old man and a 22-year-old man were arrested for breaches of the peace by the same force on Monday during the queen’s procession.

A 22-year old man has been arrested in connection with a breach of the peace on the Royal Mile as the Queen's coffin travelled to St Giles Cathedral for a memorial service.

He can be seen shouting at Prince Andrew before being yanked away.

Footage on social media appears to show the third protester being pulled out of a crowd by bystanders and detained by police officers after shouting: “You’re a sick old man,” at Prince Andrew.

In Oxford, a man was arrested on Sunday under the Public Order Act for behaviour allegedly causing “harassment, alarm or distress”.

In an article recounting the incident, Symon Hill, 45, said that he was arrested after calling out “who elected him?” when Charles III was officially proclaimed king. Thames Valley Police said he was subsequently “de-arrested and is engaging with us voluntarily as we investigate a public order offence.”