The U.S. had close to 200 years to inculcate its biases and shape its rule of law accordingly, writes Lawrence Davidson. 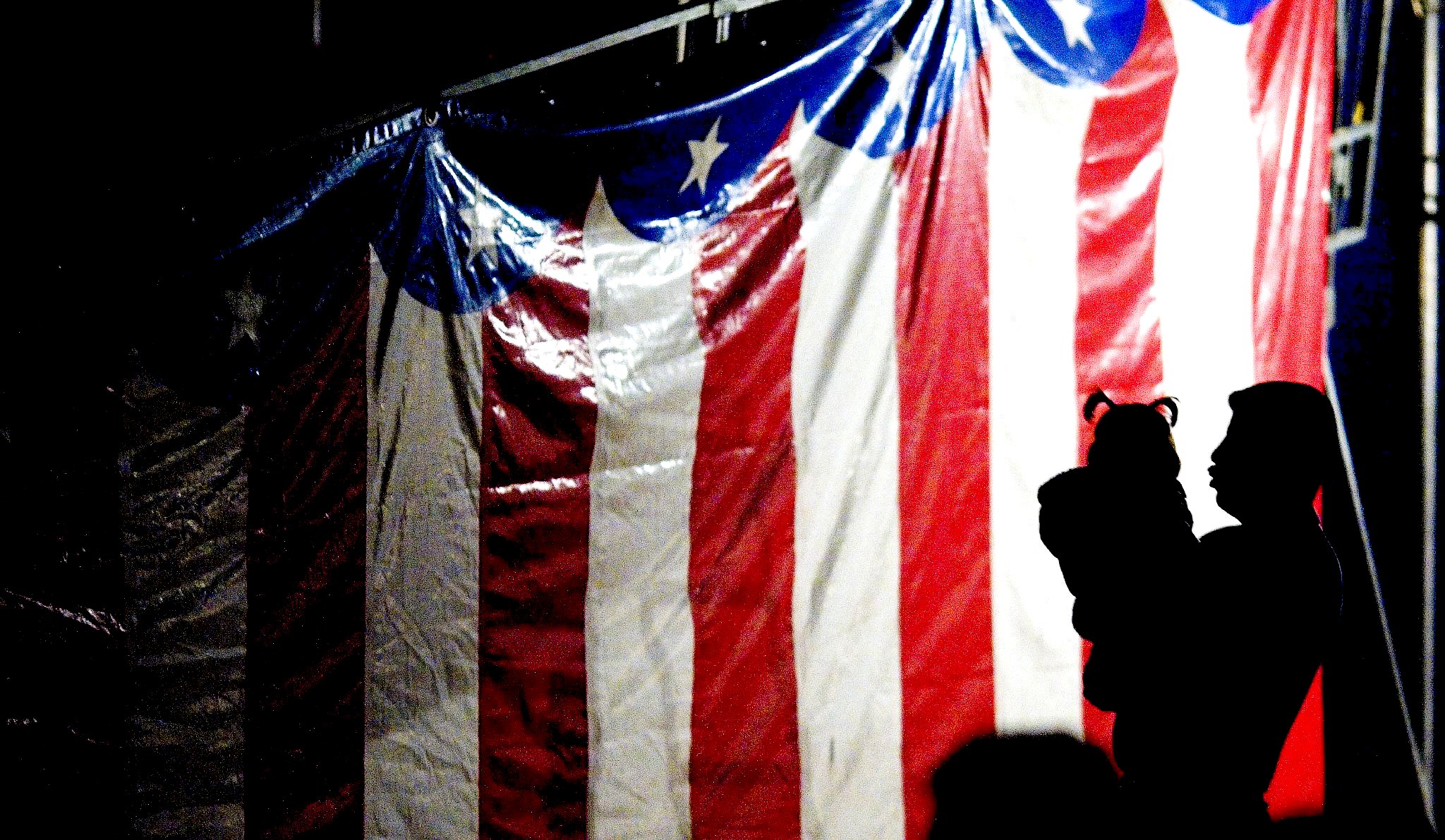 On Aug. 30, President Joe  Biden gave a speech at Wilkes University in Wilkes-Barre, Pennsylvania. He was angered that many Republicans were predicting politically motivated violence as a result of the legal proceedings being taken against former President Donald Trump.

Biden argued that “a safer America requires all of us to uphold the rule of law. Not the rule of any one party or any one person .… The idea you turn on a television and see senior senators and congressmen saying, ‘If such and such happens, there’ll be blood in the street. Where the hell are we?’ “

It has often been noted that the White House can provide a rarified atmosphere that separates the occupants from reality and this might, to some extent, be the case with Biden. So, here is a big, big, big hint. Biden is in the United States — a place with quite a history of civil strife, assassinations and large sections of cities periodically going up in flames, and most of this is politically motivated violence.

And, that emphatic “never” so belies U.S. history as to suggest an embarrassing naïveté. Ask many of the nation’s police chiefs. They apparently believe that “blood in the streets,” when produced by those supposedly upholding the rule of law, is very appropriate. So what is Biden really trying to say? Here is an educated guess.

First, Biden is inferring that the United States is a mature democratic society and the days of political evolution under street-based pressure are over. Those who try such pressure don’t understand this and so are acting “inappropriately.”

Second, “mature” here means that the rule of law is in place as part of a social contract respected by a large majority of citizens. The concept of the “rule of law” is paramount for Biden. It is living by rules that keeps society stable. There is a lot to be said for this position. The question that logically arises is, what sort of laws are we considering?

Third, Biden seems to believe that, because the U.S. is a democracy, its laws are, or at least should be, liberal in nature. Liberal democracy promotes equity and undermines bias. It makes possible Biden’s version of the “American Dream.”

And fourth, it is because he believes that U.S. society can still successfully respond to changing needs through the current system of creating and enforcing law that he gives us the “never, never, never.” 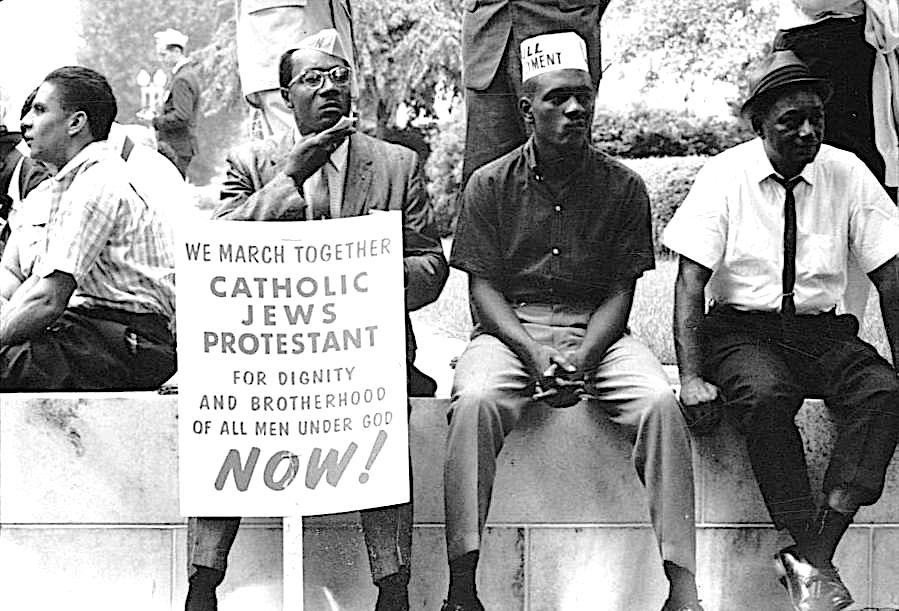 So, for the president, there is a set of sacred American values (equity, tolerance, diversity, etc.) that can be best maintained by a democracy regulated through a rule of law and designed to support a liberal agenda.

On the face of it that sounds great, but we should be honest and recognize that democracy does not automatically mean such an agenda. Part of the present political crisis in the U.S. stems from a cultural and religious reaction to the liberal agenda that has defined American democracy only for the past 60-odd years.

Go to Florida, Texas and other such “red” states and a majority of voters, or close to it, question the value of equity for a whole list of minority groups, and want to nationally resurrect a version of American democracy that makes discriminatory practices legal.

Biden interprets this as an attack on what he believes the U.S. is all about, and he is quite right to do so if he is dating U.S. democracy and laws from the 1960s. That is why the president insists that “MAGA forces are determined to take this country backwards.”

On the other hand, Biden is not correct to see it as an attack on American democracy per se. It is not, as he claims, an attack on “the very foundations of our Republic.” But then House Republican leader Kevin McCarthy is also wrong when he claims that, “In the past two years, Joe Biden has launched an assault on the soul of America, on its people, on its laws, on its most sacred values.” So sorry, but McCarthy is 50 years out of date here. 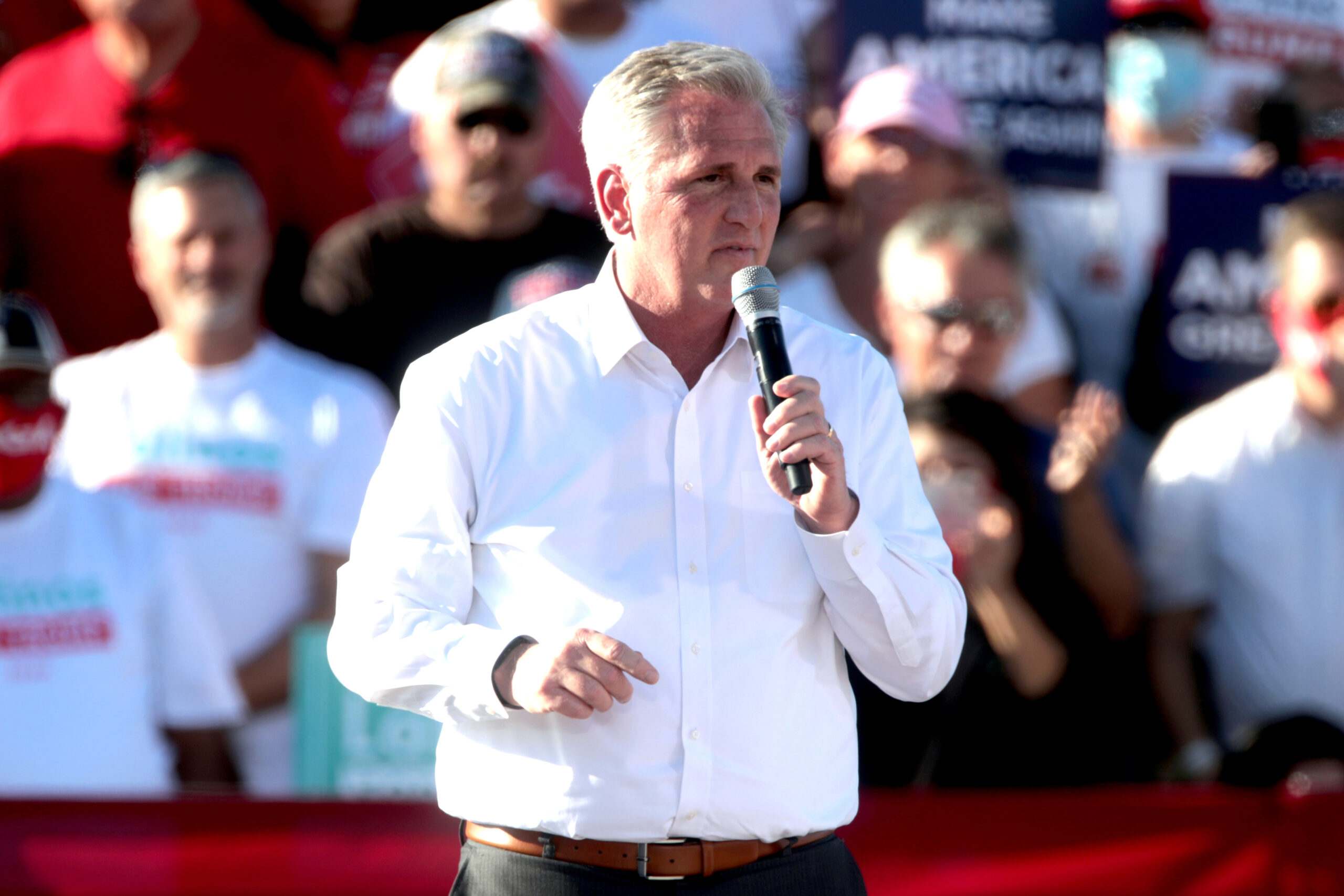 You would think that both parties would agree on some basics, like democracy requires honest and open elections. This is not the case. American elections can be really shady: there are gerrymandering and other forms of vote rigging as well the corrupting influence of money on elections at almost every level.

From the point of view of tradition, limiting the pool of eligible voters is also American. Both Democrats and Republicans will take advantage of these corrupting practices when and if they can. The Republicans, however, have lately been the most relentless and ruthless in this regard.

So, for about 60 years there have been two Americas, one more inclusive than the other. The problem is that the less inclusive one is much closer to the original, “traditional” America — and here we are talking about a nation that had close to 200 years to inculcate its biases and shape its rule of law accordingly.

This confusion over just what American democracy is all about — is it liberal and inclusive or is it conservative and exclusive — has spilled over into foreign relations.

According to a recent New York Times opinion piece titled “Biden Puts Defense of Democracy at Center of Agenda, at Home and Abroad,” defending democracy is “the element of President Biden’s foreign policy that overlaps most significantly with his domestic agenda.” So much so that, “the White House is expected to announce a second multinational Summit for Democracy. And the National Security Strategy, which could be released this month, will highlight reinforcement of democracies as a policy priority.”

What does this really mean? Is the old claim that the U.S. supports and encourages democracy around the world (and don’t forget about freedom) actually true? Well, while this claim allows for an apparent connection in kind between domestic and foreign policy political ideals, what we really support abroad in the name of democracy is just as varying as what the term represents at home.

Take, for instance, Biden’s repeatedly demonstrated devotion to the “democratic” state of Israel. Those who disagree with him on this issue, and say that, actually, Israel is an apartheid state, are dismissed by the president as simply “wrong.”

Despite their being able to support the charge of apartheid through documented evidence that has been put into the public record by multiple human rights organization in both the U.S. and Israel, Biden will have none of it. He is right, and those others are just “making a mistake. Israel is a democracy. Israel is our ally. Israel is a friend.” 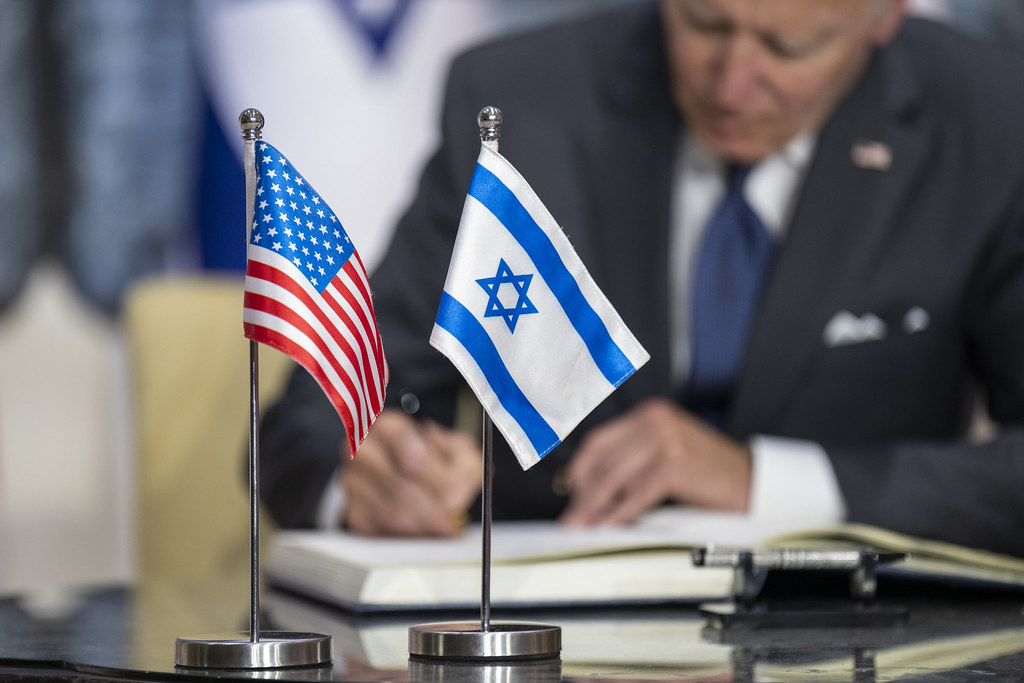 Thinking that Israel is a democracy is made all the easier by the fact that Israel does have a limited and peculiar democratic nature. However, it is one based on religious identity and therefore, almost by definition, promotes bigotry, and practices discrimination and segregation. This sort of flawed democracy is not all that different than the older, “traditional” American democracy and its discriminatory policies toward minorities.

Of course, on the home front, Biden is supposed to stand against these older U.S. practices, yet here he is expressing uncritical praise for Israel. “The United States is proud to stand with the Jewish and democratic State of Israel, and with its people, whose uncommon courage, resilience, and spirit of innovation are an inspiration to so many worldwide,” he said.

It is as if, in his mind, the flaws don’t exist, or if they do, it just doesn’t matter. 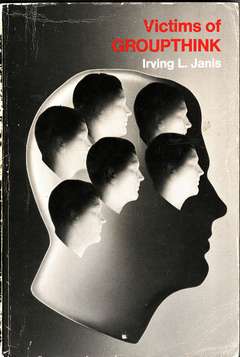 Unfortunately, such blind spots are not that unusual, particularly in relatively closed groupings as one might find among political elites. That insular White House environment mentioned above has contributed to many wrongheaded decisions and tragedies, including the Bay of Pigs invasion of Cuba and the decision to oppose efforts to unite North and South Vietnam.

Some 50 years ago, in 1972, the Yale professor Irving L. Janis published a book titled Victims of Groupthink to explain how this happens.

Janis describes groupthink as a “concurrence-seeking tendency.” In other words, among members of, say, a president’s inner circle, emphasis will be placed on maintaining a consistent and agreed-to position on an issue, even if the result is a “deterioration of mental efficiency, reality testing, and moral judgment that results from in-group pressures.”

In the case of this president’s devotion to Israel, Biden told the Zionist officials gathered at an April 2015 Israeli Independence Day celebration, “I’ve worked with many of you in this room for up to 40 years. You know me. You raised me. You educated me.”

The result is a groupthink scenario when it comes to the alleged shared democratic principles that underlie the U.S.-Israeli alliance — practiced over decades by Biden and those foreign policy aides he keeps close to him. This position ignores, indeed defies, the fact that Israel’s democracy is of a kind with the type of democracy Biden sees as a threat on the home front.

As a recent Washington Post opinion piece pointed out, “the unfortunate truth about America is that it has always harbored a segment of people who want to redefine the country by race or religion or lifestyle.” It is not just bigoted Americans who want to do this. Groups of citizens of the limited number of democracies all over the world periodically attempt it.

And, in the vast majority of cases, democracy had its beginning as just such a limited system — limited by some form of elitist bigotry. Getting past those limitations is a sign of progress in the realm of politics, but for many it can feel like turning your back on the teachings of tradition.

Domestically, Biden has chosen his side in this struggle. In terms of foreign policy he is confused and plagued by blindspots and alleged national interests. However, if Biden’s liberal position wins the latest round in the domestic struggle for the meaning of American democracy, it may well become harder to ignore the bigotry of those democracies we seek to support abroad.