“We are going to use every appeal avenue,” Stella Assange told a London press conference on Friday after the home secretary signed the extradition order, reports Joe Lauria.

Julian Assange’s wife and one of his lawyers on Friday vowed to fight the decision of British Home Secretary Priti Patel to sign an extradition order earlier in the day sending imprisoned WikiLeaks publisher Julian Assange to the United States to face trial on espionage and computer intrusion charges.

“This is the outcome that we have been concerned about for the last decade,” Assange lawyer Jennifer Robinson told a London press conference. “This decision is a grave threat to freedom of speech, not just for Julian, but for every journalist, editor and media worker.”

She said he faced up to 175 years in a U.S. prison for publishing material for which he has won numerous press awards as well as a nomination for the Nobel Peace Prize. “This should shock everyone,” she said.

“We are not at the end of the road, we are going to fight this,” Stella Assange, the publisher’s wife, told the press conference. “We are going to spend every waking hour fighting for Julian until he is free, until justice is served.”

She told the press: “I’m sure you understand the extremely serious implications this has for all of you and for human rights.”

Tim Dawson of the National Union of Journalists told the press briefing: “It is worth thinking through what that threat is from the position of an individual journalist.  Any journalist in this room” who published classified material “will face the same risk.” He said journalists now had to ask themselves “is it worth the risk of going to prison for the rest of my life?”

Stella Assange said she had spoken to her husband just after he had learned of Patel’s decision. “It is very difficult for him to see third parties making life or death decisions on him based on politics,” she said.

Assange has been held in London’s maximum security Belmarsh Prison since his arrest in April 2019. He has been charged under the Espionage Act for publishing truthful information about U.S. government conduct. Stella Assange said the appeal going to the High Court “is setting legal precedent about the scope of press freedom in this country.”

She added: “What is decided at the High Court about the equivalence between the Espionage Act and the Official Secrets Act as it operates right now, effects all of you and your colleagues. He is one of you, whether you like it or not, because he is being prosecuted as one of you.”

The home secretary signed the extradition order Friday morning. A spokesperson for the Home Office said:

“On 17 June, following consideration by both the magistrates court and high court, the extradition of Mr Julian Assange to the US was ordered. Mr Assange retains the normal 14-day right to appeal.

In this case, the UK courts have not found that it would be oppressive, unjust or an abuse of process to extradite Mr Assange.

Nor have they found that extradition would be incompatible with his human rights, including his right to a fair trial and to freedom of expression, and that whilst in the US he will be treated appropriately, including in relation to his health.”

“It was in Priti Patel’s power to do the right thing. Instead she will for ever be remembered as an accomplice of the United States in its agenda to turn investigative journalism into a criminal enterprise,” WikiLeaks said in reaction. 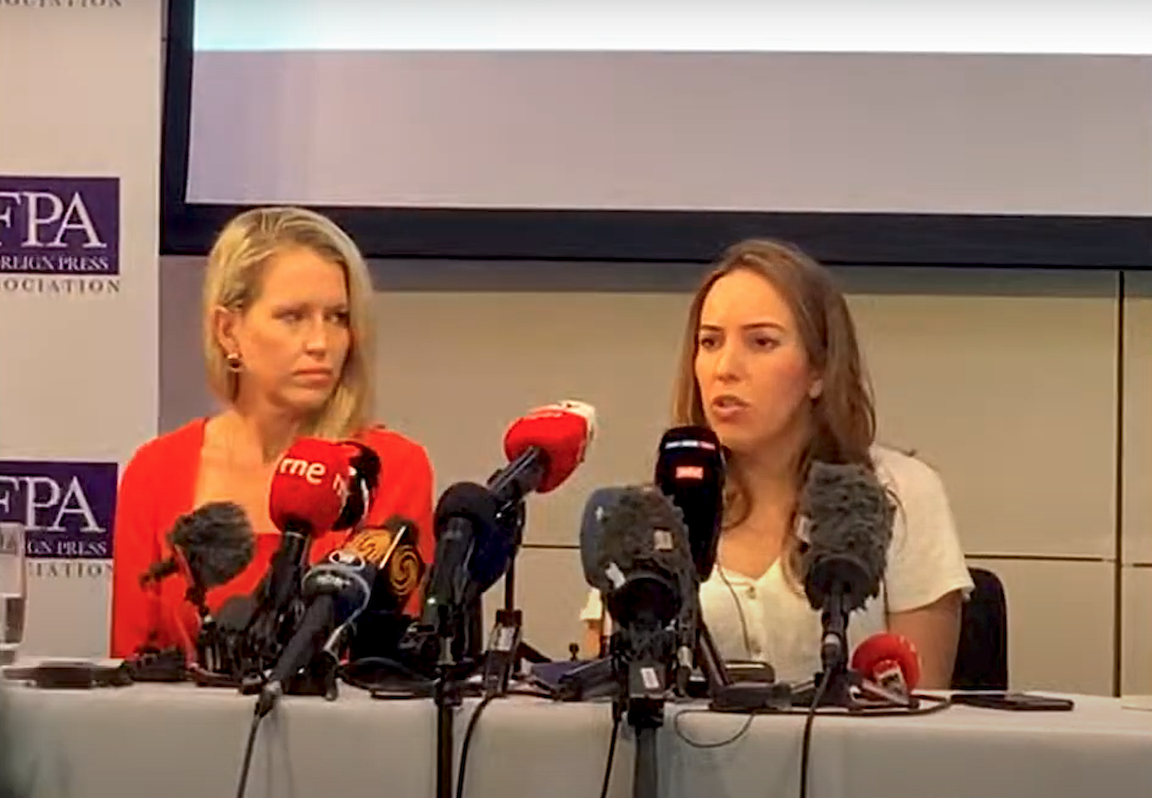 Robinson said Assange’s legal team have two weeks to file an appeal to the High Court and the United States has 10 days after that to answer.

“We still have our cross appeal points, which includes the free speech argument, his inability to get a fair trial in the United States, the political nature of the offense …, the abuse of process in this case, including spying on Julian and us as his legal team, and a range of other points that will be raised,” Robinson said.  Article 4 of the U.S.-U.K. extradition treaty bars extradition for political offenses.

“We are going to raise points that have come up since the original extradition hearing back in 2020, and crucially one of the most important developments is the revelation that the C.I.A. plotted to assassinate Julian while he was in the Ecuadorian Embassy, and kidnap him and rendition him,” Stella Assange added. “This is known to the home secretary but she signed off on it anyway.”

The C.I.A. plot against Assange was corroborated by U.S. officials in a Yahoo! News report.  Then C.I.A. Director Mike Pompeo did not deny the report and called on those who leaked it to be prosecuted. Other points of appeal may be that a key U.S. witness on computer charges against Assange recanted his testimony. And Assange’s health has further deteriorated when he suffered a mini-stroke last October.

Robinson said the appeal process going forward could take from six months to a year. “If necessary we will appeal to the European Court of Human Rights,” she said.

In a separate case, the European court on Tuesday blocked the home secretary’s order that a plane in London take off with Rwandan asylum seekers because of the dangers they faced upon return to their country. Consortium News asked Stella Assange and Robinson whether they felt any encouragement from the court’s defiance of the home secretary as it may foreshadow the European Court blocking a plane carrying Assange to the U.S.

“The government is considering withdrawing from the European court,” Assange responded. Indeed, Britain has said it might pull out of the ECHR system in the wake of the Rwanda decision, a threat it has made before.

“It would be an incredibly concerning development if the U.K. withdrew from the European Court of Human Rights,” Robinson said. “And we of course hope that if we have to get that far, to the European court, that they will take the right decision, which is to prevent his extradition. If the U.K. withdraws from the court, that would be incredibly dangerous for every citizen in this country.”

Calls on US and Australian Governments

“We continue to call upon the Biden administration to drop this case because of the grave threat it poses to free speech everywhere,” Robinson said. “And we continue to call on the Australian government to take action to protect its citizen.”

The recently elected Australian government issued a statement Friday saying Assange’s case had “dragged on for too long and that it should be brought to a close.”

“We will continue to express this view to the governments of the United Kingdom and the United States,” Foreign Minister Penny Wong and Attorney Genera Mark Dreyfus said in the statement. There has been as yet no reaction from Washington.

‘Who is Mike Pompeo?’ 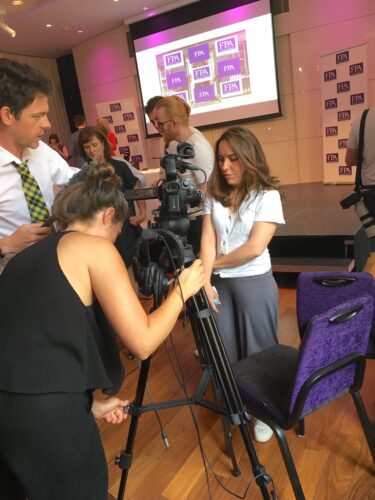 “It is very difficult to describe what it is like for a family,” Stella Assange said. “Our resolve is redoubled for every decision that is taken, which is a travesty,” she told the media. “I mean I have no words to express what it’s like to see the U.K. process being used as a way to prolong Julian’s suffering.”

She added: “I have a lot support from millions of people that see this is wrong, and we’ve been wronged as a family.”

Stella Assange was asked how she will tell their two children that their father won’t be coming home soon. “I don’t see what the point is to tell them that,” she responded.

“I approach this situation as if Julian is on death row and I will spare them that knowledge.” She said they “make the most of it” during family visits at Belmarsh. “I want their memories of their father, of which they might have just some months left, to be positive and happy.”

“I am fighting every day for my husband’s life,” Stella Assange said, adding:

“He should be free and everyone knows it. The process is being used to hide atrocities from history. … They have to tie themselves up in knots in order to allow this outrageous extradition. I think it’s probably been extremely difficult for them to come up with some kind of semi-coherent argument. …

The U.K. should not be engaging in persecution on behalf of a foreign power that is out for revenge. That foreign power … committed crimes that Julian put into the sunlight.  Julian has done nothing wrong. He has done everything that any self-respecting journalist should do when given evidence of a state committing crimes — they publish it because their duty is to the public. And Julian’s duty to the public has landed him in prison.”

The extradition order landed on Patel’s desk after the U.K. Supreme Court refused to hear Assange’s appeal against a High Court victory for the United States.

The U.S. had appealed a magistrate court’s decision in January last year not to extradite Assange because it would be oppressive to do so based on Assange’s health and the dire conditions of U.S. solitary confinement. The High Court decided in favor of the U.S. based solely on Washington’s conditional diplomatic “assurances” that it would treat Assange humanely.

Robinson said Friday those assurances would be appealed to the European court after the Supreme Court refused to hear the case.

10 comments for “Stella Assange: ‘We Are Going to Fight This’”