Western officials say Russia is asking China for military help — denied by Beijing — in what is clearly an effort to build a case to include China in its economic war against Moscow, writes Joe Lauria. 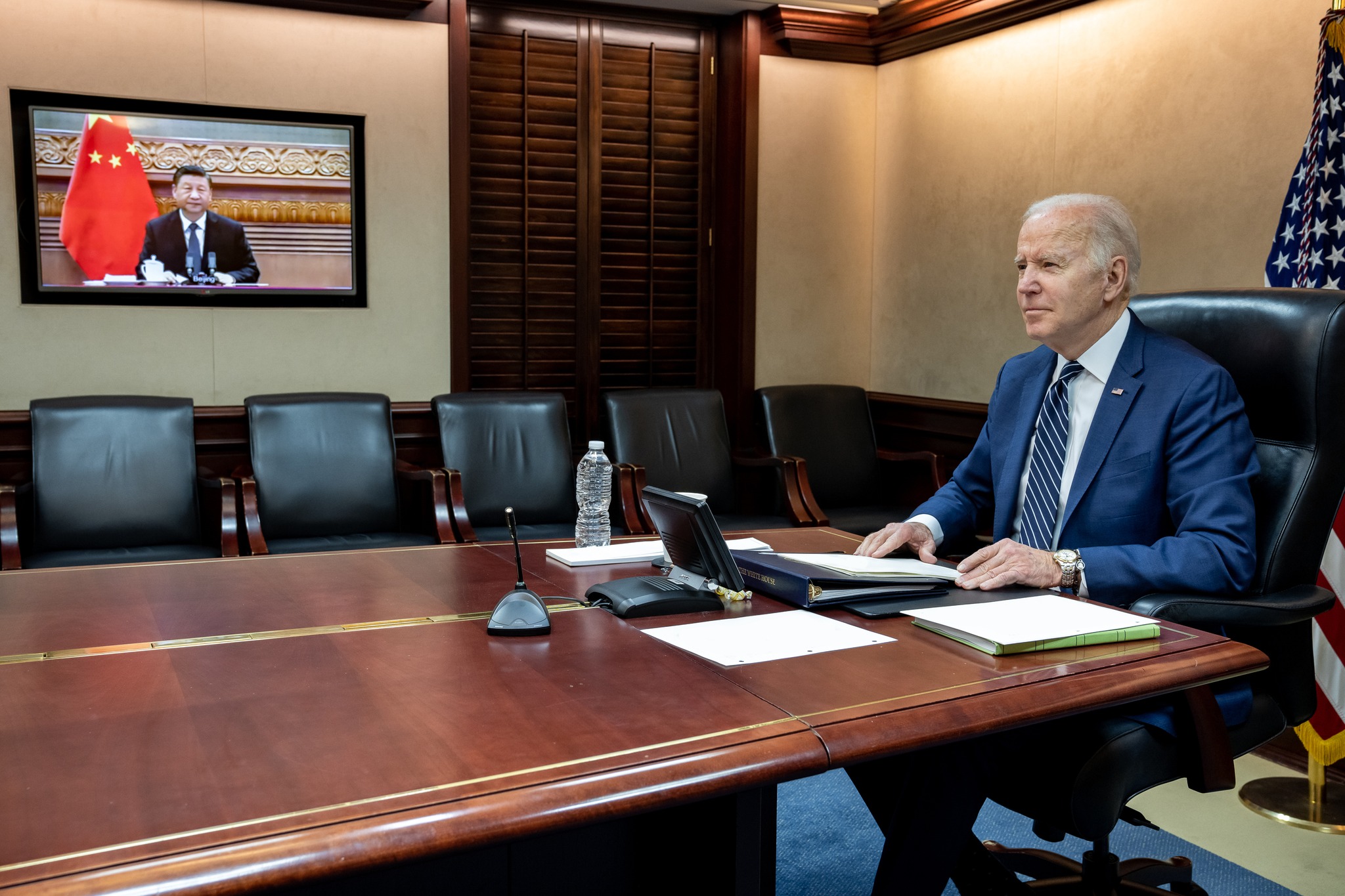 The United States is setting up China as a second target of its intense economic war against Russia in what could have cataclysmic effects on the world economy, including the West.

The U.S. could not impose the most stringent sanctions on Moscow without the Russian invasion of Ukraine, and now the U.S. is trying to link China to the war.

Washington’s move to frame Beijing emerged Monday when unnamed U.S. officials told its allies that Russia had asked China for military aid in Ukraine. Reuters reported: “The message, sent in a diplomatic cable and delivered in person by intelligence officials, also said China was expected to deny those plans, according to the official, who spoke on condition of anonymity.”  China indeed denied it.

Importantly, Reuters added: “The U.S. government offered no public evidence to back its assertions of China’s willingness to provide such aid to Russia.”

On that same day Jake Sullivan, the U.S. national security adviser, led a delegation to Rome to meet with Yang Jiechi, a member of the Chinese politburo. After the meeting, an unnamed senior U.S. official in Rome told reporters: “We have deep concerns about China’s alignment with Russia at this time, and the national security adviser was direct about those concerns and the potential implications and consequences of certain actions.”

“China should join the rest of the world condemning strongly the brutal invasion of Ukraine by Russia. So China has an obligation as a member of the U.N. Security Council to actually support and uphold international law. And the Russian invasion of Ukraine is a blatant violation of international law so we call on [China] to clearly condemn the invasion and of course not support Russia. And we are closely monitoring any signs of support from China to Russia.”

The English-language, government-owned, Chinese newspaper Global Times accused Stoltenberg of trying to accuse China of being an “accomplice” with Russia in Ukraine and dismissed NATO as a “puppet” of the United States.

After these statements it seemed clear the U.S. was trying to lay the groundwork for a truly reckless idea: to tie China to the war so it could sanction it perhaps along the lines of what the West has already laid on Russia.

Then on Thursday U.S. Secretary of State Antony Blinken spelled it out: “We believe China in particular has a responsibility to use its influence with President Putin and to defend the international rules and principles that it professes to support. Instead, it appears that China is moving in the opposite direction by refusing to condemn this aggression, while seeking to portray itself as a neutral arbiter.” He added: “We will not hesitate to impose costs.”

In retrospect, evidence that the U.S. is trying to open a second front in its economic war first surfaced just before Russia intervened in Ukraine’s civil war, when Blinken implored China to stop Russia from invading. It was portrayed in Western media as a desperate last chance at peace from a concerned United States.

Of course China rebuffed Blinken. It seemed like a ridiculous gambit at the time. But in hindsight it may well have been the first U.S. step in constructing a case for sanctions against China. It allows Washington to say China was given every opportunity to try to stop the invasion and failed to do so and therefore was somehow complicit. 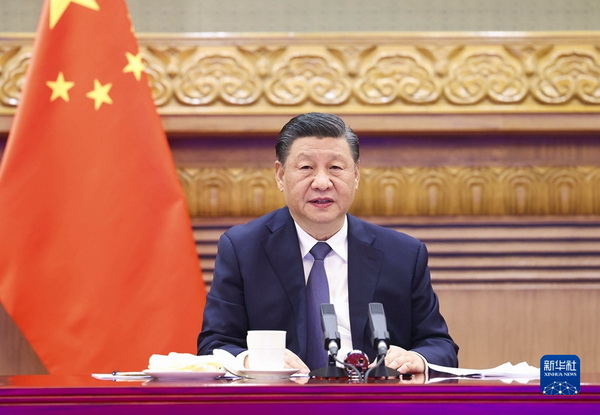 President Xi during his summit with Biden on Friday. (Chinese FM)

All this was preparation for President Joe Biden’s video-call on Friday with Chinese President Xi Jinping, in which Biden warned Xi not to help Russia’s war effort in Ukraine or there would be “consequences” to pay.

Biden “detailed the implications and consequences” if Beijing were to give “material support to Russia” in the war, the White House said in a readout. While the White House didn’t spell out what those consequences would be, it said Biden went into detail about the severe sanctions the U.S. had imposed on Russia, including on its central bank and a number of imports, including oil. In other words, he read China the riot act. Biden was in essence threatening Xi with similar sanctions if China helped Russia.

Xi, however, warned Biden that the U.S. sanctions on Russia could trigger a worldwide economic crisis, apparently implying that the crisis would be far worse if the sanctions were extended to China.  Commodities prices, especially in energy and food, have already soared.

China is the world’s second largest economy and its biggest exporter. The U.S. imported $506 billion in Chinese goods in 2021, according to the U.S. Census Department, an amount that would be extremely difficult for the U.S. to replace. China also owns $1.05 trillion in Treasury securities, the second most after Japan. It could not be easily cut off from the Western financial system as Russia has been.

Before the summit on Friday, Global Times wrote in an editorial: “The close relationship between China and Russia has been a thorn in the US’ side, especially against the backdrop of the ongoing Ukraine crisis. With the simmering of the situation, it couldn’t be any clearer that Washington is eager to exploit the Russia-Ukraine conflict to drive a wedge between Beijing and Moscow.”

The U.S. recognizes that its economic war against Russia could well fail because of the close and expanding economic and financial ties between Moscow and Beijing. But it is too late for the United States.

Since the invasion, China is buying more oil and other commodities from Russia, Beijing has allowed Russia to use its Union Pay banking system, replaced Russia’s use of SWIFT with China’s Interbank System (CIPS), and China and the Eurasia Economic Union (EAEU), which Russia is a part of, are designing a new monetary and financial system that would bypass the U.S. dollar, threatening it as the world’s reserve currency.

Can you help me fight your friend so that I can concentrate on fighting you later?

The Global Times added:  “It’s the US that should put out the fire it lit in Ukraine. Ridiculously, it is demanding Beijing to do this job at the cost of damaging China-Russia relations. This is unreasonable and insidious.”

Russia has committed only a fraction of its military capacity to Ukraine. Other than replacing ordnance, it’s not clear what military aid Russia would need from China.

The U.S. already has sanctions on China, as it had earlier on Russia. However, if the United States is seriously planning similar types of sanctions on Beijing that it has leveled on Moscow — against its major banks, against the central bank, removing it from SWIFT and cutting off key exports — the impact on the world economy — including on Europe and the United States — could be catastrophic.

The U.S. national security strategy for several years has been aimed at both Russia and China. Knowing it must avoid a direct military confrontation against either, given the potential consequences, the U.S. is turning to economic warfare to ultimately attempt to bring down both governments through popular uprisings. Washington wants to replace them with Western-friendly leaders who would open up their economies to Western exploitation — just like Boris Yeltsin did in the 1990s.

The United States is acting as though the whole world is the West and that this is the China of 30 years ago. In its bull-headed effort to impose its unilateral rule on the world, while its domestic social problems mount, the U.S. has not only driven Russia and China closer together than ever, but it has now brought in India, much of Latin America, Africa and the Middle East into a new bloc with economic power that exceeds the West.  All of those regions have refused to sanction Russia and continue to trade with it.

The U.S. has turned the majority of the world’s population against it. And it is now threatening to blow up the world economy. Cutting off trade and finance to Russia has already boomeranged on Western countries, driving up prices, especially at the pump. Instead of prompting a popular uprising in Russia as a result of its sanctions, Russian President Vladimir Putin’s popularity has actually risen since the invasion.

Adding China as a target of its economic war could drive the populations of the U.S. and Europe against their own governments instead.