You don’t get to make international law meaningless and then claim that an invasion is “illegal.” 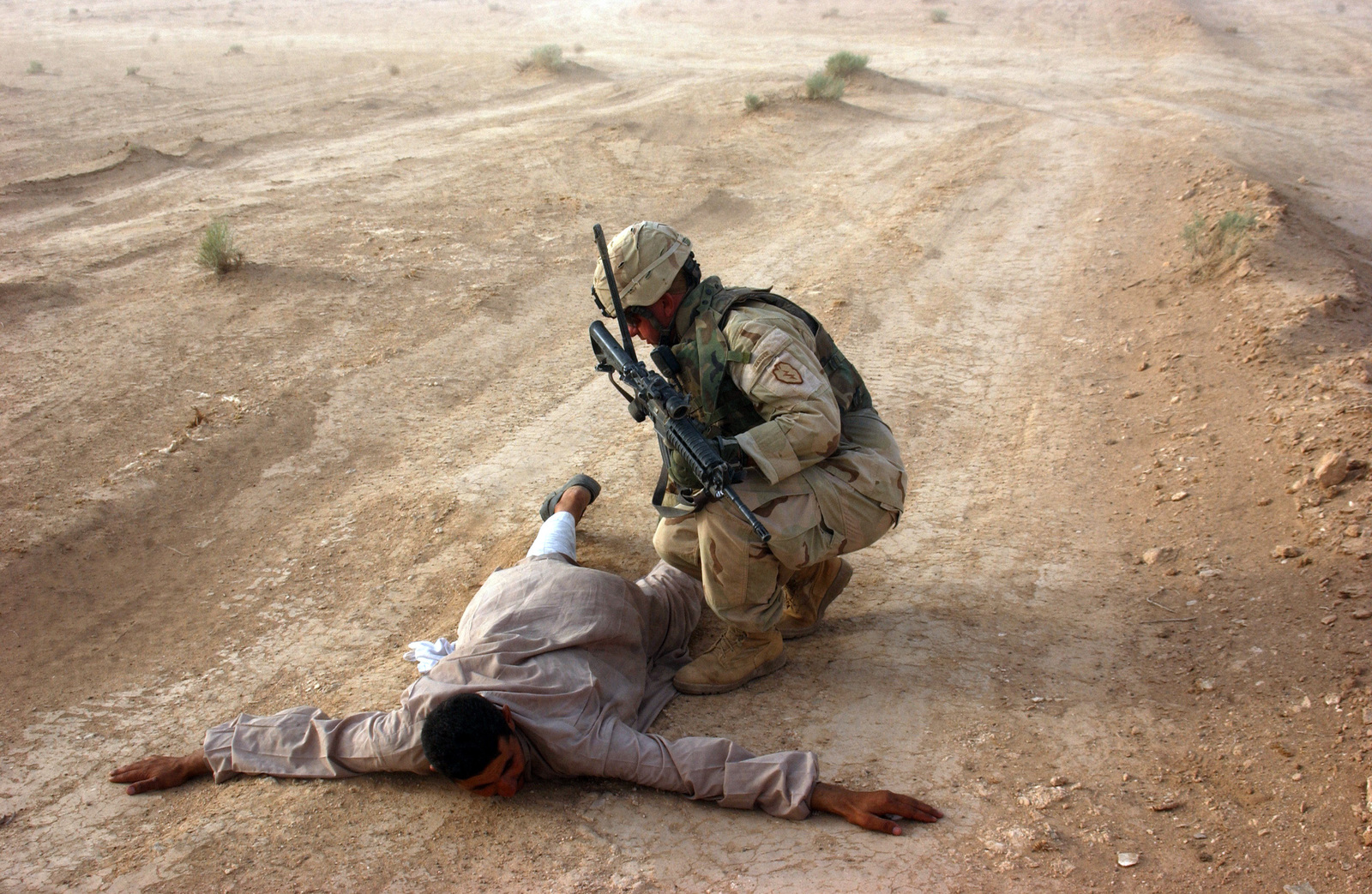 “I’ve been asked if I think the invasion of Ukraine is illegal.

If the law is not applied consistently, it is not the law.

It is simply an excuse we use to target our enemies.

We will pay a heavy price for our hubris of 2003 in the future.

We didn’t just fail to punish Bush and Blair: we rewarded them. We re-elected them. We knighted them.

If you want to see Putin in his true light imagine him landing a jet and then saying ‘Mission Accomplished’.”

As far as I can tell this point is logically unassailable. International law is a meaningless concept when it only applies to people the U.S. power alliance doesn’t like. This point is driven home by the life of McBride himself, whose own government responded to his publicizing suppressed information about war crimes committed by Australian forces in Afghanistan by charging him as a criminal.

Neither George W. Bush nor Tony Blair are in prison cells at The Hague where international law says they ought to be. Bush is still painting away from the comfort of his home, issuing proclamations comparing Putin to Hitler and platforming arguments for more interventionism in Ukraine. Blair is still merrily warmongering his charred little heart out, saying NATO should not rule out directly attacking Russian forces in what amounts to a call for a thermonuclear world war.

They are free as birds, singing their same old demonic songs from the rooftops.

When you point out this obvious plot hole in discussions about the legality of Vladimir Putin’s invasion you’ll often get accused of “whataboutism”, which is a noise that empire loyalists like to make when you have just highlighted damning evidence that their government’s behaviors entirely invalidate their position on an issue. This is not a “whataboutism”; it’s a direct accusation that is completely devastating to the argument being made, because there really is no counter-argument.

The Iraq invasion bypassed the laws and protocols for military action laid out in the founding charter of the United Nations. The current U.S. military occupation of Syria violates international law. International law only exists to the extent to which the nations of the world are willing and able to enforce it, and because of the U.S. empire’s military power — and more importantly because of its narrative control power — this means international law is only ever enforced with the approval of that empire.

This is why the people indicted and detained by the International Criminal Court (ICC) are always from weaker nations — overwhelmingly African — while the USA can get away with actually sanctioning ICC personnel if they so much as talk about investigating American war crimes and suffer no consequences for it whatsoever. It is also why Noam Chomsky famously said that if the Nuremberg laws had continued to be applied with fairness and consistency, then every post-WWII U.S. president would have been hanged.

This is also why former U.S. National Security Advisor John Bolton once said that the U.S. war machine is “dealing in the anarchic environment internationally where different rules apply,” which “does require actions that in a normal business environment in the United States we would find unprofessional.”

Bolton would certainly know. In his bloodthirsty push to manufacture consent for the Iraq invasion he spearheaded the removal of the director-general of the Organisation for the Prohibition of Chemical Weapons (OPCW), a crucial institution for the enforcement of international law, using measures which included threatening the director-general’s children. The OPCW is now subject to the dictates of the U.S. government, as evidenced by the organisation’s coverup of a 2018 false flag incident in Syria which resulted in airstrikes by the U.S., UK and France during Bolton’s tenure as a senior Trump advisor.

The U.S. continually works to subvert international law enforcement institutions to advance its own interests. When the U.S. was seeking U.N. authorization for the Gulf War in 1991, Yemen dared to vote against it, after which a member of the U.S. delegation told Yemen’s ambassador, “That’s the most expensive vote you ever cast.” Yemen lost not just 70 million dollars in U.S. foreign aid but also a valuable labor contract with Saudi Arabia, and a million Yemeni immigrants were sent home by America’s Gulf state allies.

Simple observation of who is subject to international law enforcement and who is not makes it clear that the very concept of international law is now functionally nothing more than a narrative construct that’s used to bludgeon and undermine governments who disobey the U.S.-centralized empire. That’s why in the lead-up to this confrontation with Russia we saw a push among empire managers to swap out the term “international law” with “rules-based international order”, which can mean anything and is entirely up to the interpretation of the world’s dominant power structure.

It is entirely possible that we may see Putin ousted and brought before a war crimes tribunal one day, but that won’t make it valid. You can argue with logical consistency that Putin’s invasion of Ukraine is wrong and will have disastrous consequences far beyond the bloodshed it has already inflicted, but what you can’t do with any logical consistency whatsoever is claim that it is illegal. Because there is no authentically enforced framework for such a concept to apply.

As U.S. law professor Dale Carpenter has said, “If citizens cannot trust that laws will be enforced in an evenhanded and honest fashion, they cannot be said to live under the rule of law. Instead, they live under the rule of men corrupted by the law.” This is all the more true of laws which would exist between nations.

You don’t get to make international law meaningless and then claim that an invasion is “illegal.” That’s not a legitimate thing to do. As long as we are living in a Wild West environment created by a murderous globe-spanning empire which benefits from it, claims about the legality of foreign invasions are just empty sounds.

← Corporate Takeover of NHS: The Demise of British Primary Care
US Militarism in Russia & Around the World →

33 comments for “Caitlin Johnstone: International Law Becomes Meaningless When Applied Only to US Enemies”