By following the Truman Doctrine, Brian Terrell says the U.S exploits and dishonors the very real aspirations of people for peace and self-determination. 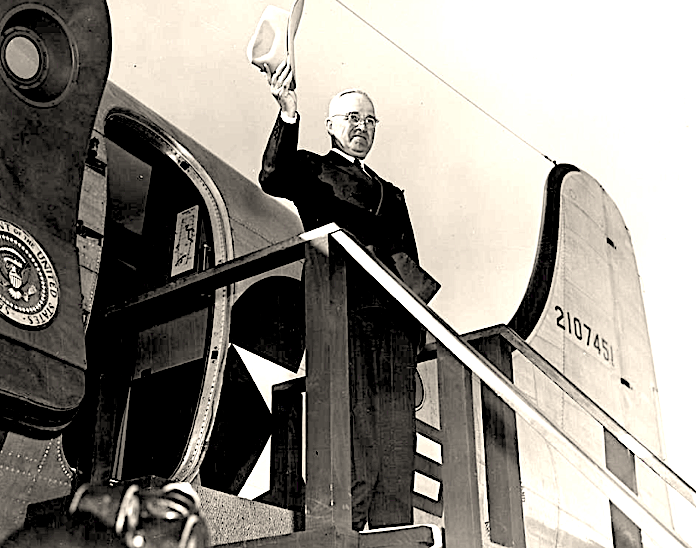 In April 1941, four years before he was to become president and eight months before the United States entered World War II, Sen. Harry Truman of Missouri reacted to the news that Germany had invaded the Soviet Union:

Truman was not called out as a cynic when he spoke these words from the floor of the Senate. On the contrary, when he died in 1972, Truman’s obituary in The New York Times cited this statement as establishing his “reputation for decisiveness and courage.” “This basic attitude,” gushed the Times, “prepared him to adopt from the start of his Presidency, a firm policy,” an attitude that prepared him to order the atomic bombings of Hiroshima and Nagasaki with “no qualms.”

Truman’s same basic “let them kill as many as possible” attitude also informed the postwar doctrine that bears his name, along with the establishment of NATO and the C.I.A., both of which he is credited with founding.

A Feb. 25 op-ed in The Los Angeles Times by Jeff Rogg, “The C.I.A. has backed Ukrainian insurgents before — Let’s learn from those mistakes,” cites a C.I.A. program to train Ukrainian nationalists as insurgents to fight the Russians that began in 2015 and compares it with a similar effort by Truman’s C.I.A. in Ukraine that began in 1949.

By 1950, one year in, “U.S. officers involved in the program knew they were fighting a losing battle. … In the first U.S.-backed insurgency, according to top secret documents later declassified, American officials intended to use the Ukrainians as a proxy force to bleed the Soviet Union.” This op-ed cites John Ranelagh, a historian of the C.I.A., who argued that the program “demonstrated a cold ruthlessness” because the Ukrainian resistance had no hope of success, and so “America was in effect encouraging Ukrainians to go to their deaths.”

The “Truman Doctrine” of arming and training insurgents as proxy forces to bleed Russia to the peril of the local populations that it was purporting to defend was used effectively in Afghanistan in the 1970s and ’80s, a program so effective, some of its authors have boasted, that it helped bring down the Soviet Union a decade later.

“According to the official version of history, C.I.A. aid to the Mujaheddin began during 1980, that is to say, after the Soviet army invaded Afghanistan on December 24, 1979. But the reality, closely guarded until now, is completely otherwise: Indeed, it was July 3, 1979 that President Carter signed the first directive for secret aid to the opponents of the pro-Soviet regime in Kabul. And that very day, I wrote a note to the president in which I explained to him that in my opinion this aid was going to induce a Soviet military intervention… We didn’t push the Russians to intervene, but we knowingly increased the probability that they would.”

“The day that the Soviets officially crossed the border,” Brzezinski recalled, “I wrote to President Carter, essentially: ‘We now have the opportunity of giving to the USSR its Vietnam war.’ Indeed, for almost 10 years, Moscow had to carry on a war that was unsustainable for the regime, a conflict that brought about the demoralization and finally the breakup of the Soviet empire.”

Asked in 1998 if he had any regrets, Brzezinski retorted, “Regret what? That secret operation was an excellent idea. It had the effect of drawing the Russians into the Afghan trap and you want me to regret it?” How about supporting Islamic fundamentalism and arming future terrorists? “What is more important in world history? The Taliban or the collapse of the Soviet empire? Some agitated Moslems or the liberation of Central Europe and the end of the cold war?” 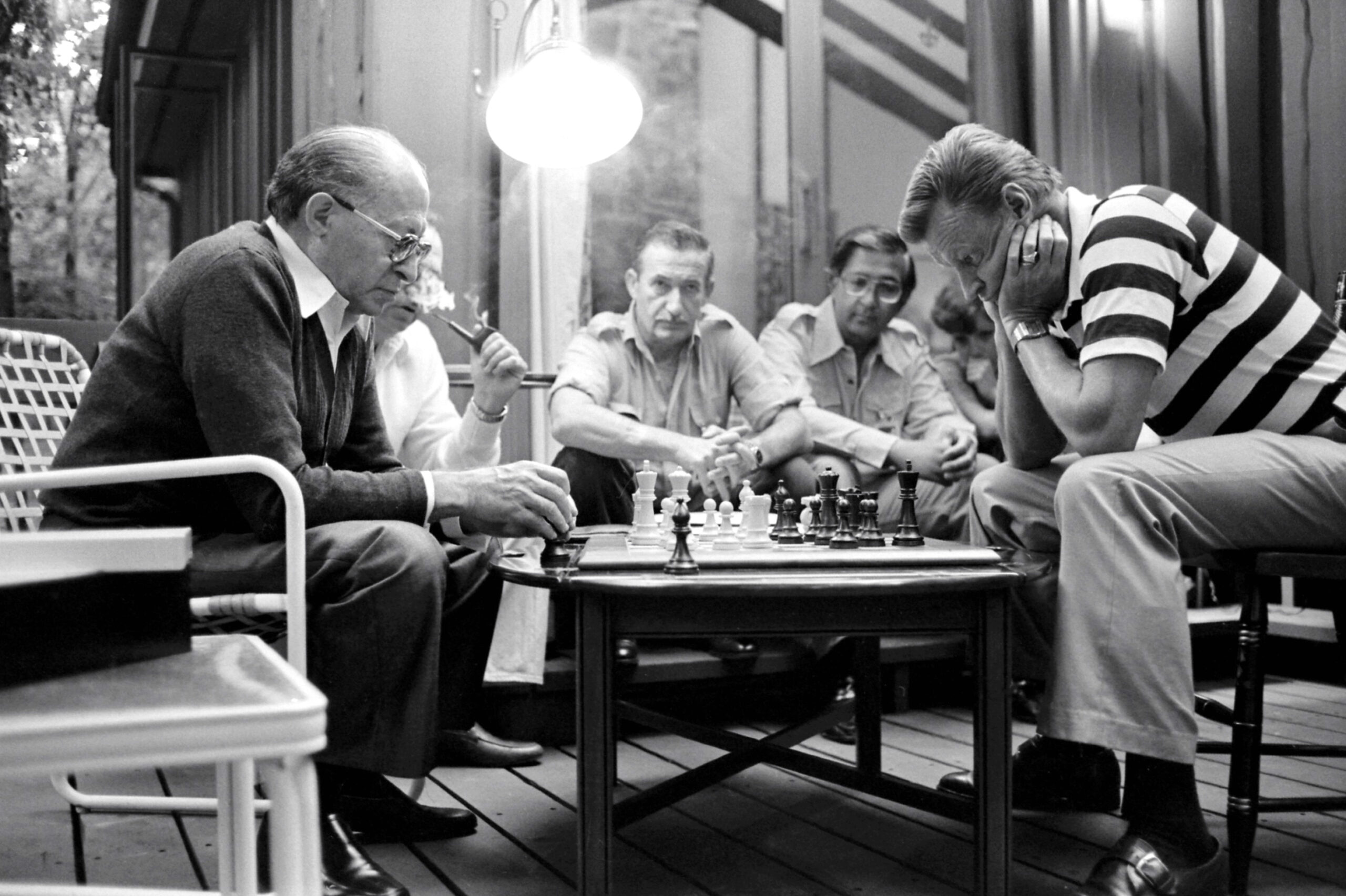 In his LA Times op-ed, Rogg calls the 1949 C.I.A. program in Ukraine a “mistake” and asks the question, “This time, is the primary goal of the paramilitary program to help Ukrainians liberate their country or to weaken Russia over the course of a long insurgency that will undoubtedly cost as many Ukrainian lives as Russian lives, if not more?”

Viewed in light of United States foreign policy from Truman to Biden, the early Cold War debacle in Ukraine might better be described as a crime than a mistake and Rogg’s question seems rhetorical.

The clandestine C.I.A. training of Ukrainian insurgents and NATO’s expansion into Eastern Europe cannot justify Russia’s invasion of Ukraine, any more than the clandestine C.I.A. training of the Mujaheddin in 1979 justified Russia’s incursion and 10 years’ war in Afghanistan. These are, however, provocations that provide necessary excuses and rationale for such actions. From Truman’s response to the Nazi invasion of Russia to Biden’s “support” for Ukraine under attack from Russia, these policies show cynical and callous distain for the very values that the United States pretends to defend.

Globally, through its armed forces but even more through the C.I.A. and the so-called National Endowment for Democracy, through NATO muscle masquerading as mutual “defense,” in Europe as in Asia, as in Africa, as in the Middle East, as in Latin America, the United States exploits and dishonors the very real aspirations of good people for peace and self-determination. At the same time, it feeds the swamp where violent extremisms like the Taliban in Afghanistan, ISIS in Syria and Iraq and neo-Nazi nationalism in Ukraine can only fester and flourish and spread.

The Right to Join NATO 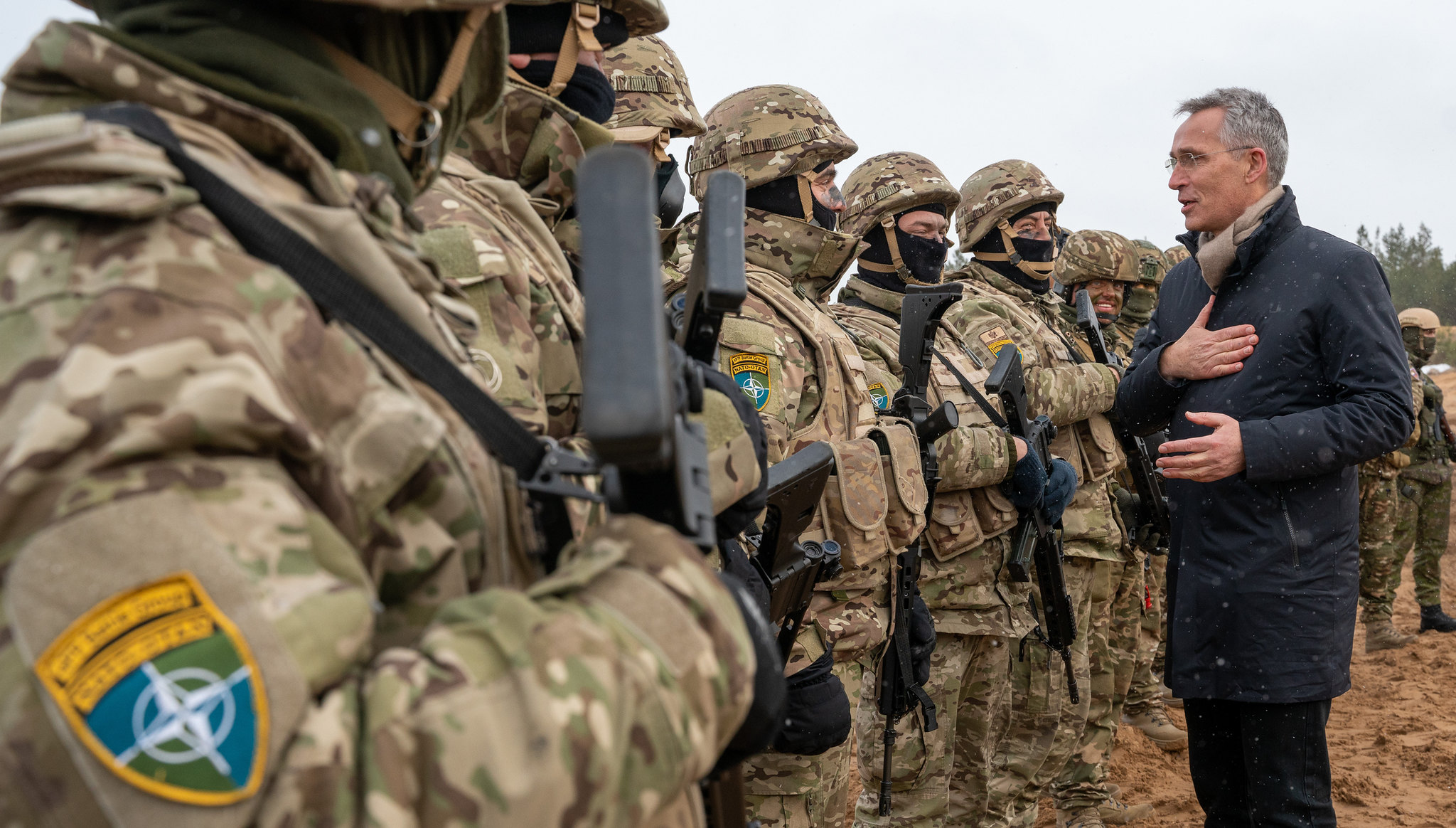 NATO Secretary General Jens Stoltenberg with troops at the ?daži Military Base in Latvia on March 8. (NATO)

The claim that Ukraine as a sovereign nation has a right to join NATO today is like saying that Germany, Italy and Japan had the right as sovereign nations to form an Axis in 1936. Founded to defend the West from Soviet aggression after World War II under the judicious “let them kill as many as possible” leadership of Truman, NATO lost its ostensible reason to exist in 1991. It doesn’t appear to have ever realized its purpose of mutual defense against outside aggression, but it has often been used by the U.S. as an instrument of aggression against sovereign nations. For 20 years, the war of attrition on Afghanistan was waged under NATO auspices, as was the destruction of Libya, just to name two. It has been noted that if NATO’s existence has a purpose in today’s world, it can only be to manage the instability that its existence creates.

Five European countries host U.S. nuclear weapons on their own military bases kept ready to bomb Russia under NATO sharing agreements. These are not agreements among the various civilian governments, but between the U.S. military and the militaries of those countries.

Officially, these agreements are secrets kept even from the parliaments of the sharing states. These secrets are poorly kept, but the effect is that these five nations have nuclear bombs without the oversight or consent of their elected governments or their people.

By foisting weapons of mass destruction on nations that don’t want them, the United States undermines the democracies of its own purported allies and makes their bases potential targets for preemptive first strikes. These agreements are in violation not only of the laws of the participating states, but also of the Nuclear Non-Proliferation Treaty that all NATO member states have ratified. NATO’s continued existence is a threat not only to Russia, but to Ukraine, to its members and to every living being on the planet.

It is true that the United States is not solely to blame for every war, but it bears some responsibility for most of them and its people may be in a unique position to end them.

Truman’s successor as president, Dwight D. Eisenhower, may have been thinking particularly about the U.S. government when he said “people want peace so much that one of these days governments had better get out of the way and let them have it.”

The security of the world at this moment of heightened threat of nuclear destruction demands the neutrality of the countries of Eastern Europe and reversing the expansion of NATO.  What the United States can do for peace is not to impose sanctions, sell weapons, train insurgents, build military bases around the world, “help” its friends, issue bluster and threats. It can only help by getting out of the way.

What can U.S. citizens do to support the people of Ukraine and those Russians whom we rightly admire, those who are in the streets, risking arrest and beatings for loudly demanding that their government stop the war?

We do not stand with them when we “Stand with NATO.”

What the people of Ukraine are suffering from Russian aggression is suffered daily by millions around the world from U.S. aggression. Legitimate concern and care for the hundreds of thousands of Ukrainian refugees is meaningless political posturing and to our shame if it is not matched by concern for the many millions left homeless by U.S./NATO wars. If Americans who care would go to the streets every time our government bombs, invades, occupies or undermines the will of the people of a foreign country, there would be millions of people flooding the streets of U.S. cities — protest would need to be a full-time occupation for many, even as it now seems to be for so very few of us.

Brian Terrell is an Iowa based peace activist who has spent more than six months in prison for protesting targeted assassinations at U.S. military drone bases.

40 comments for “US Militarism in Russia & Around the World”