These are unforgivable atrocities which cry out to the heavens for vengeance. Nothing can undo them. Nothing can set them right, writes Caitlin Johnston. 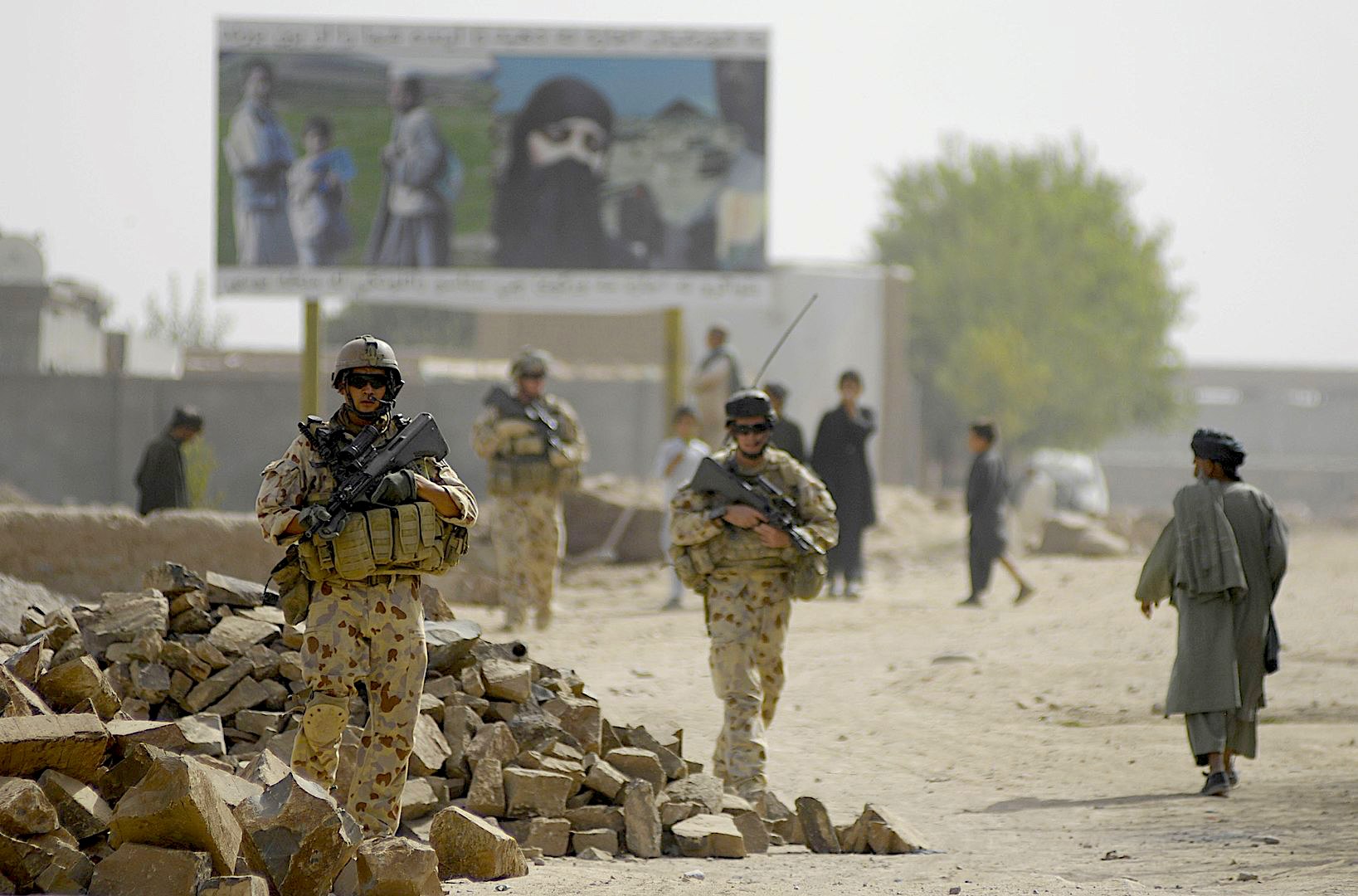 The much-anticipated report on potential war crimes by the Australian Defence Force (ADF) in Afghanistan has been released, recommending 19 current or former soldiers be investigated for up to 39 murders.

Not combat kills. Not accidental kills. Not non-combatants killed by disputable decisions made in the heat of battle. Not civilians killed due to recklessness or carelessness on the part of Australian forces. Murders. Of non-combatants who died for no other reason than happening to live in a region the US power alliance has seen geo-strategic value in keeping militarily occupied for 19 years.

The information about atrocities perpetrated by Australian forces in Afghanistan has taken many years to emerge, was fought tooth and claw with [government] attacks on whistleblowers and journalists, and surely only touches on a tiny fraction of the war crimes which have been perpetrated and covered up with the investigation finding that “the criminal behaviour of a few was commenced, committed, continued and concealed at the patrol commander level”.

According to the Sydney Morning Herald, ADF Chief Angus Campbell describes a “self-centred warrior culture” in Australia’s Special Air Service which “was embraced and amplified by some experienced, charismatic and influential non-commissioned officers and their proteges, who sought to fuse military excellence with ego, elitism and entitlement,” leading to acts of horrific brutality.

“In this context it is alleged that some patrols took the law into their own hands: rules were broken, stories concocted, lies told and prisoners killed,” says Campbell.

“The Brereton report also found evidence that junior soldiers were required by their patrol commanders to shoot a prisoner to achieve their first kill, in a practice known as ‘blooding’,” SMH reports.

Troops “carried ‘throwdowns’ – foreign weapons and equipment such as pistols, small hand-held radios and grenades to be placed with the bodies of enemies killed in action for the purpose of taking photos,” reports SMH. “This practice eventually was used for the purpose of concealing deliberate unlawful killings.”

One of the more disturbing alleged incidents canvassed in the documents released on Thursday comes from prior work by military sociologist Samantha Crompvoets, who had the job of examining special forces culture and began to hear disturbing allegations of war crimes.

One soldier told her: “Guys just had this blood lust. Psychos. Absolute psychos. And we bred them.”

She heard one allegation that two 14-year-old boys were stopped by SAS, who decided they might be Taliban sympathisers. Their throats were slit.

“The rest of the troop then had to ‘clean up the mess’ by finding others to help dispose of the bodies,” Crompvoets reported. “In the end, the bodies were bagged and thrown in a nearby river.”

These are unforgivable atrocities which cry out to the heavens for vengeance. Nothing can undo them. Nothing can set them right. And any grown adult looking at the situation with clear eyes knows that nothing can be done to prevent them from continuing to happen going forward.

Don't forget, the ABC and two of its journalists were raided and threatened with prosecution and gaol for years because they published allegations about Australian #warcrimes in Afghanistanhttps://t.co/5F68qKUA2Z

If you train teenagers to kill, deliberately warping their minds so as to normalize the entirely abnormal act of killing their fellow human beings, and then leave them to their own devices in an unfamiliar land full of unfamiliar people over whom they hold the power of life and death, these things will happen. They cannot but happen. They have happened many, many times in ways we will never know about, not just at the hands of Australian forces but of the entire occupying coalition. 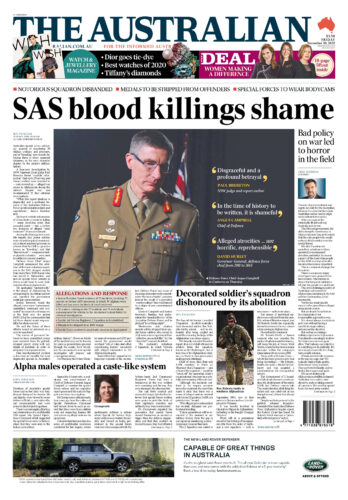 Even Murdoch press could not downplay the story.

This is on top of the massive pile of corpses the US power alliance has already heaped upon Afghanistan by the Trump administration’s record-shattering bombing campaigns and corresponding civilian casualties, and by the nearly two full eight-year presidential administrations previous to it.

There is no legitimacy in babbling about “power vacuums” and what political system Afghanistan will have after brutalizing that nation in the way that we have. At this point such arguments are like a rapist saying he can’t stop raping a woman because some other rapist might come along and rape her if he stops. The most depraved and murderous force in the nation, which has already been killing far more civilians than the Taliban and ISIS, has no business concerning itself with what might happen after it leaves.

Get out of Afghanistan. Get the fuck out. Now. Not just Australia, but the entire murderous occupying coalition. It’s not your country and you’re making it worse. Get. The fuck. Out.

There is no more destructive force on this earth than the tight alliance of nations loosely centralized around the United States which functions as a single empire on foreign policy. The only beneficial thing such a blood-soaked empire can do for the world is to cease its behavior and cease to exist. It is not the benevolent good guy staving off the bad guys, it is the bad guy, and its depravity must come to an end.

"Do you want me to drop this cunt?"

3 shots in the head. Tantamount to war crimes.

Let the world sort out its own affairs without the “help” of the psychopathic force which unleashes such horrors upon our species.

← ELECTION 2020: Biden Appointee Advocated Using Propaganda Against Americans
Did the US Commit War Crimes in Afghanistan? →