Caitlin Johnstone is disturbed by how much time and money was required to make the  U.S. government comply with its own transparency laws. 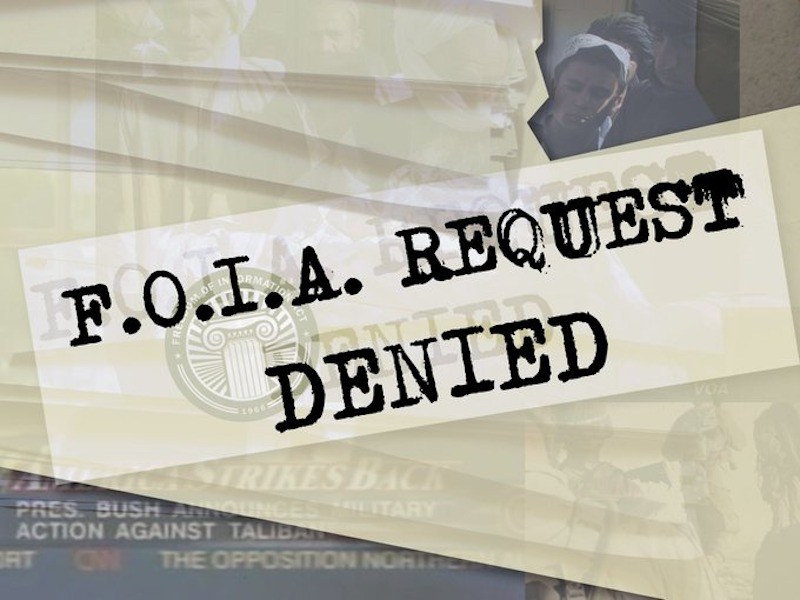 The Washington Post has published clear, undeniable evidence that U.S. government officials have been lying to the public about the war in Afghanistan, a shocking revelation for anyone who has done no research whatsoever into the history of U.S. interventionism.

In all seriousness it was a very good and newsworthy publication, and those who did the heavy lifting bringing the Afghanistan Papers into public awareness deserve full credit. The frank comments of U.S. military officials plainly stating that from the very beginning this was an unwinnable conflict, initiated in a region nobody understood, without anyone being able to so much as articulate what victory would even look like, make up an extremely important piece of information that is in conflict with everything the public has been told about this war by their government.

But the most significant revelation to come out of this story is not in the Afghanistan Papers themselves.

The most significant Afghanistan Papers revelation comes from The Washington Post‘s account of the extremely difficult time they had extricating these important documents from the talons of government secrecy, as detailed in a separate article titled “How The Post unearthed The Afghanistan Papers.” WaPo explains how the papers were ultimately obtained via Freedom of Information Act (FOIA) requests which, after they were initially rejected by the U.S. government, needed to be supplemented over three years with two lawsuits.

“The Post’s efforts to obtain the Afghanistan documents also illustrate how difficult it can be for journalists — or any citizen — to pry public information from the government,” WaPo reports. “The purpose of FOIA is to open up federal agencies to public scrutiny. But officials determined to thwart the spirit of the law can drag out requests for years, hoping requesters will eventually give up.”

“In October 2017, The Post sued the inspector general in U.S. District Court in Washington — a step that can cost hundreds of thousands of dollars in legal fees — to obtain the Flynn interview materials,” WaPo adds.

Now, The Washington Post is a giant, for-profit corporate media outlet which is solely owned by Jeff Bezos, who is currently listed as the wealthiest person on earth. Does anyone reading this have hundreds of thousands of dollars and years of their life to spend battling the U.S.  government into complying with its own transparency laws? Are any of the alternative media outlets which consistently oppose U.S.  imperialism able to afford many such expenditures? I would guess not.

Is it not disturbing that the American taxpayer has to depend on outlets like The Washington Post, a neocon-packed outlet with an extensive history of promoting U.S. interventionism at every opportunity, to extract these documents from behind the wall of government opacity? 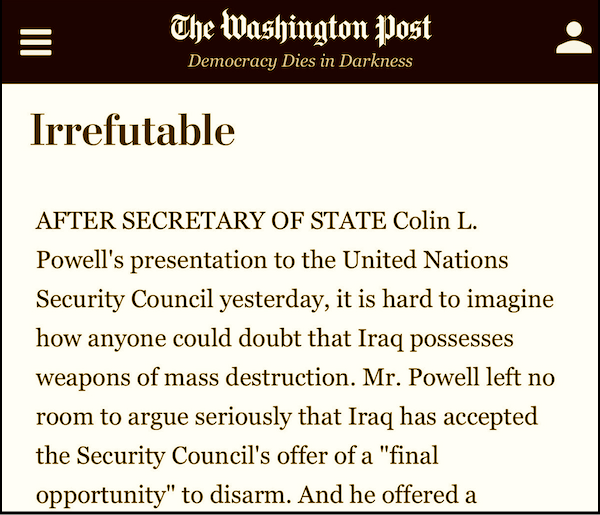 After all, by WaPo’s own admission it both sought and published the Afghanistan Papers in order to take a swing at Donald Trump. According to the Post it went down this path in 2016 initially seeking documents on Michael Flynn, who was then part of the Trump campaign, after receiving a tip that he’d made some juicy statements about the war in Afghanistan to the Office of the Special Inspector General for Afghanistan Reconstruction (SIGAR). WaPo then made the decision to publish the papers now rather than waiting for its legal battle for more information to complete because Trump is currently in the midst of negotiating with the Taliban over a potential troop withdrawal.

“The Post is publishing the documents now, instead of waiting for a final ruling, to inform the public while the Trump administration is negotiating with the Taliban and considering whether to withdraw the 13,000 U.S. troops who remain in Afghanistan,” WaPo reports.

It is obviously an inherently good thing that WaPo poured its immense wealth and resources into pursuing and publishing these documents. But would it have done so if those documents hadn’t presented an opportunity to embarrass the Trump administration? What kinds of information does the notoriously war-happy WaPo not spend its wealth and resources pursuing and publishing? Probably a whole lot.

It is a very safe assumption that, because of the immense walls of government opacity that have been built up around the unconscionable things America’s elected and unelected leadership is doing, there are far, far more evil things that are far, far worse than anything revealed in the Afghanistan Papers that we don’t know about, and that we don’t even know we don’t know about. Is it not deeply disturbing that we have to pray that some war-loving, establishment-supporting billionaire media outlet will have a partisan agenda to advance if we want to know about even a tiny sliver of this information?

I’m waiting for something like the #AfghanistanPapers to be released about U.S. involvement in Syria.

The story won’t be one about corruption and false reports of progress but of knowingly helping Al Qaeda, its radical rebel friends, even ISIS.

I mean, it’s not like the Afghanistan Papers revealed anything we didn’t already know. It’s been public knowledge for many years that there was a preexisting agenda to invade Afghanistan well before Sept. 11, it’s been public knowledge that many lies were put in place after the invasion, and it’s been public knowledge for a long time that we’re being lied to about how well the war is going. All these new revelations did was reify and draw attention to what anyone with an ear to the ground already knew: like all other U.S. -led military interventions, we were lied to about Afghanistan. It’s not like the U.S. government was staving off some massive unknown bombshell revelation with its resistance to WaPo’s FOIA requests. Yet it resisted them anyway, just because it was more convenient.

Julian Assange once said “The overwhelming majority of information is classified to protect political security, not national security,” and we see this tacitly confirmed by the U.S. government in its massive backlogs of unanswered FOIA requests, illegitimate refusals, unjustifiable redactions and exploitation of loopholes to retain as much security as possible. As one Twitter follower recently put it, “The FOIA was enacted in 1966 to make legally compulsory the opening of government activities to ‘sunlight’. Fifty-three years later, the government has learned how to neutralize the law and once again hide their misconduct. Classifying everything is one way, requiring an expensive ‘lawsuit’ is another.”

It shouldn’t work this way. People shouldn’t have to count on immoral plutocratic media institutions to get their government to tell them the truth about what’s being done in their name using their tax dollars. A free nation would have privacy for its citizenry and transparency for its government; with the growing increase in surveillance and government secrecy across the entire U.S. centralized empire, what we’re getting is the exact opposite.