The word “whataboutism” is used to silence and insult opponents of U.S. imperialism. It should be embraced to reveal what is too often kept hidden, writes Margaret Kimberley. 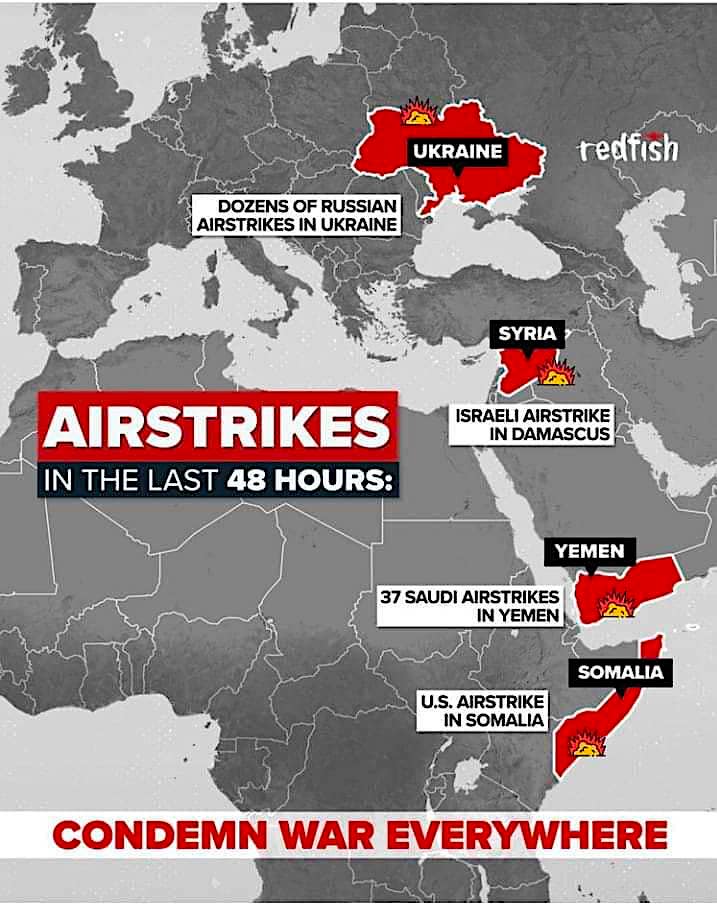 Anyone who speaks out against imperialism, capitalism, or racism with concrete examples of the terrible harm they do, can expect to be charged with the dreaded term “whataboutism.” Like clockwork, the act of revealing American crimes will result in an accusation that is used to silence dissent.

When war propaganda prevails regarding Ukraine or any other place where the hegemon is doing its dirty work, it is reasonable to ask probing questions. Why are the deaths of 14,000 people killed by Ukraine’s civil war swept under the rug? Why is it forbidden to ask about the U.S. destruction of Libya? But once having asked a good question, one will be told that raising the topic is proof of the whataboutism sin.

The word whataboutism is in the dictionary and is defined as, “the act or practice of responding to an accusation of wrongdoing by claiming that an offense committed by another is similar or worse.” That meaning is accurate and also completely defensible.

The charge is meant to censor the speaker, excuse U.S. actions, and defend its human rights violations. The denials and apologies are exactly why whataboutism should be defended. It is terrible when lies and crimes are not countered with verifiable information exposing them.

The term has gained popularity in part because there is so much hypocrisy to point out and there are so many adherents to American exceptionalism who defend what they should condemn. When the International Criminal Court (ICC) announced that it would begin investigating “the Situation in Ukraine” corporate media and their political partners gloated and pointed fingers at Russia.

They didn’t point out that the U.S., like Russia, is not a signatory of the Treaty of Rome which brought the ICC into existence. Not only is the U.S. not a member state, but in 2002 Congress passed the American Service Members Protection Act , popularly known as the Hague Invasion Act. It gives the U.S. the right to extract any American held at the court in the Hague. The removal part isn’t even necessary because the act prohibits the extradition of Americans to the ICC.

The chest thumping about the investigation into Ukraine should surely be followed by a discussion of U.S. hostility to the ICC. It is a clear example of when and how whataboutism should be practiced. Not mentioning the U.S. relationship or rather lack of relationship with the ICC would be an indication of agreement with exceptionalist doctrine. 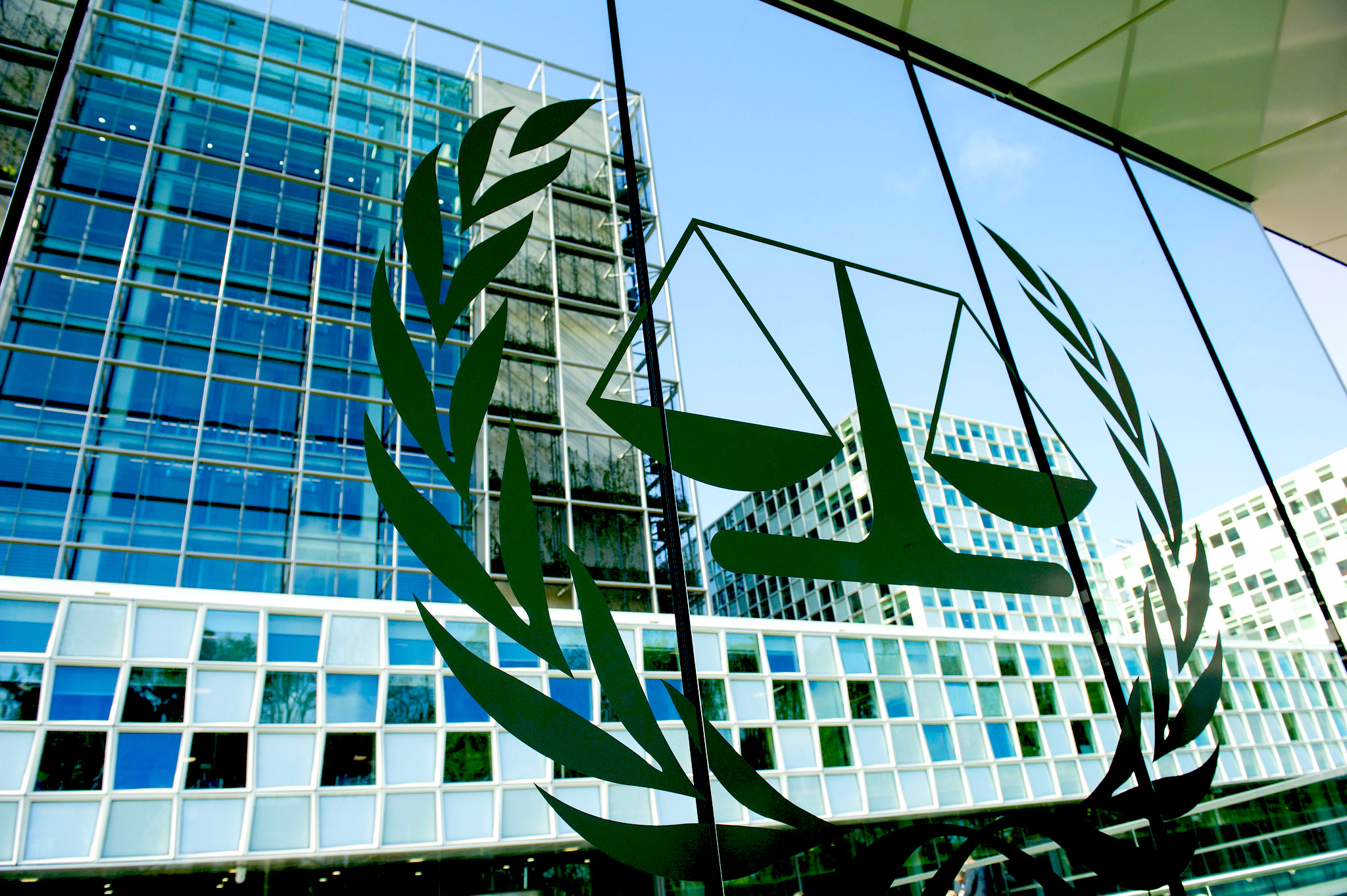 The Illness of Exceptionalism

If Vladimir Putin is described as a war criminal, thug, dictator, and a modern day Hitler, it is appropriate and indeed necessary to ask about American presidents. For brevity’s sake consider only those American presidents who served since 2001. U.S. invasions and interventions in western Asia, North Africa, central Asia and the Horn of Africa have displaced more than 37 million people since the “war on terror” began. Why shouldn’t George W. Bush, Barack Obama, Donald Trump and Joe Biden be called war criminals too? Silence in the face of their criminality gives license and approval to U.S. aggressions.

American exceptionalism is an illness which infects most of the population of this country. Unfortunately most people need little prompting to defend their nation’s misdeeds. George W. Bush is now thought of as a kindly old man who paints pictures of puppies. There is little inclination to acknowledge the one million dead from the Iraq invasion. Doing so would create great discomfort.

Every news story about migrants attempting a perilous crossing from North Africa to Europe should mention the destruction of Libya which took place under the direction of Barack Obama. But Obama is the first Black president, and he is still considered a model of rectitude, a man who brought hope and change. Pointing out his responsibility for an ongoing humanitarian crisis is too much for people propagandized into believing in his goodness and the nation’s.

Even Donald Trump, who is ordinarily disparaged and reviled, is not called out for continuing his predecessors’ wars or for killing at least 40,000 Venezuelans through his sanctions regime. Trump derangement syndrome doesn’t extend to his crimes against people of the global south. The power of the white supremacist exceptionalist myth has a very strong hold.

That myth can’t be rooted out and destroyed unless inconvenient facts are brought to light. If the clueless and compromised want to shout, “Whataboutism!” at the top of their lungs by all means they should do so. Although the targets of their scorn should not feel the need to justify themselves. In fact they should proudly own the word, and double down on providing whatever information is causing cognitive dissonance.

The world needs to know about America’s crimes and those of its allies too. When the same European nations that turn away African and Middle Eastern refugees announce that they will accept any and all Ukrainians surely whataboutism is in order. When Biden presumes to lecture Russia, his decision to steal $7 billion in Afghanistan’s assets should be brought to light. Afghans are in such a desperate state that many of them resort to selling their kidneys in order to feed themselves.

The crisis in Ukraine is just the latest example of an opportunity to point out the wrongs committed by the U.S. and its partners. No one should shrink from doing so, not even when whataboutism is used as a pejorative instead of as the badge of honor that it is.

Margaret Kimberley is executive editor and senior columnist of Black Agenda Report, and author of Prejudential: Black America and the Presidents. Her work can also be found at patreon.com/margaretkimberley and on Twitter @freedomrideblog. Ms. Kimberley can be reached via email at Margaret.Kimberley(at)BlackAgendaReport.com.

Reprinted by permission of the author.

48 comments for “In Praise of ‘Whataboutism’”