Diabolic methods of propaganda and perception management are at work now that have no precedent. This is war waged in a new way — against domestic populations as well as those declared as enemies. 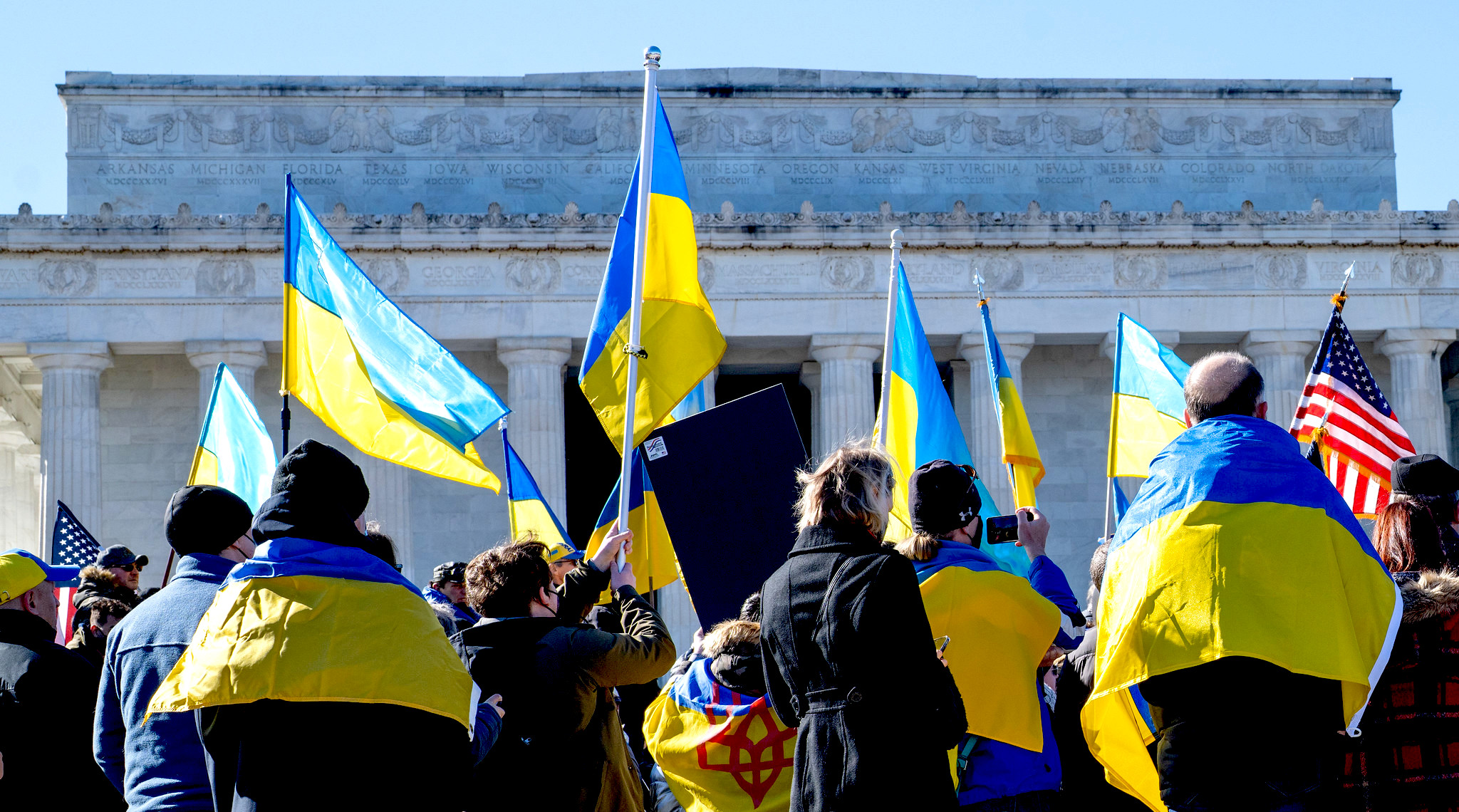 The news reports come in daily from Moscow, Kiev and the Western capitals: how many dead since Russia began its intervention in Ukraine on Feb. 24,  how many injured, how many hungry or cold, how many displaced. We do not know the true count of casualties and the extent of the suffering and ought not pretend we do: This is the reality of war, each side having its version of unfolding events.

My inclination is to add the deaths in Ukraine these past two weeks to the 14,000 dead and the 1.5 million displaced since 2014, when the regime in Kiev began shelling its own citizens in the eastern provinces — this because the people of Donetsk and Lugansk rejected the U.S.­–cultivated coup that deposed their elected president. This simple math gives us a better idea of how many Ukrainians are worthy of our mourning.

As we mourn, it is time to consider the wider consequences of this conflict, for Ukrainians are not alone among its victims. Who else has suffered? What else has been damaged? This war is of a kind humanity has never before known. What are its costs?

Among paying-attention people it is increasingly plain that Washington’s intent in provoking Moscow’s intervention is, and probably has been from the first, to instigate a long-running conflict that bogs down Russian forces and leaves Ukrainians to wage an insurgency that cannot possibly succeed.

Is there another way to explain the many billions of dollars’ worth of weapons and matériel the U.S. and its European allies now pour into Ukraine? If the Ukrainians cannot win — a universally acknowledged reality — what is the purpose here?

Whether this strategy goes as Washington wants, or if Russian forces get their work done and withdraw to avoid a classic quagmire, remains to be seen. But as Dave DeCamp noted in Antiwar.com last Friday, there is no sign whatsoever that the Biden administration plans any further diplomatic contacts with the Kremlin.

The implication here should be evident. The U.S. strategy effectively requires the destruction of Ukraine in the service of America’s imperial ambitions. If this thought seems extreme, brief reference to the fates of Afghanistan, Iraq, Libya and Syria will provide all the compelling context one may need. 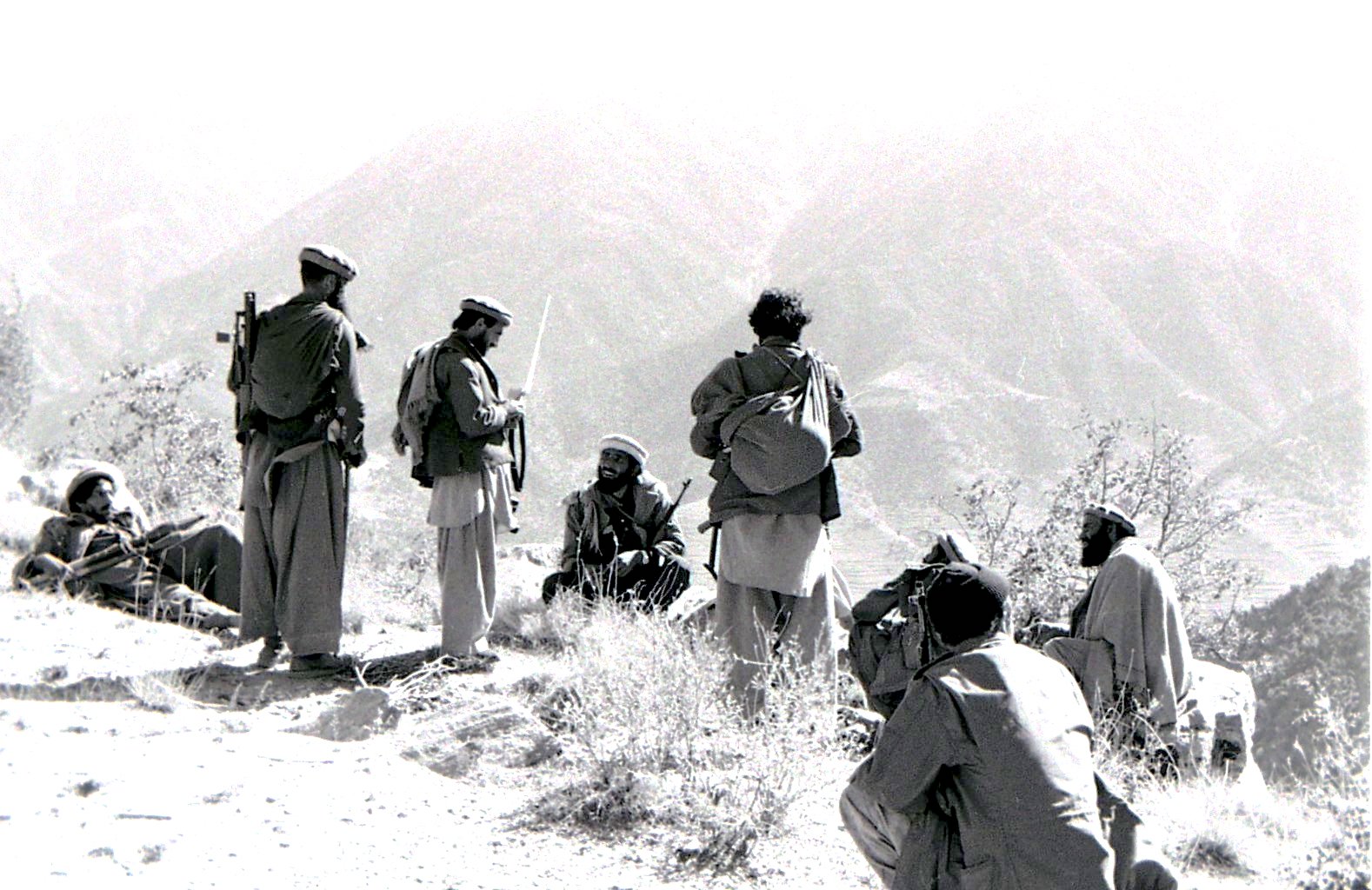 To an extent I find surprising given its calamitous consequences, Zbigniew Brzezinski’s plan in 1979 to arm the Afghan mujahideen against the Soviets remains the more or less unaltered template.

President Jimmy Carter’s national security adviser saw nothing wrong with getting into bed with what became Al–Qaeda. Now it is the Nazis militias that infest Ukraine’s National Guard that the U.S. arms and trains.

If the record is anything to go by, this conflict could well destroy what remains of Ukraine as a nation. In the worst outcome, little will remain of its social fabric, its public spaces, its roads, bridges, schools, municipal institutions. This destruction has already begun.

Here is what I do not want Americans to miss: We are destroying ourselves and what hope we may have to restore ourselves to decency as we watch the regime governing us destroy another nation in our name. This destruction, too, has already begun.

Many people of many different ages have remarked in recent days that they cannot recall in their lifetimes a more pervasive, suffocating barrage of propaganda than what has engulfed us since the months that preceded Russia’s intervention. In my case it has come to supersede the worst of what I remember from the Cold War decades.

You asked for a robust anti-war movement in America, you got demonstrations calling for World War 3. https://t.co/Gjk3TuUcen

In January 2021, NATO published the final draft of a lengthy study it called Cognitive Warfare. Its intent is to explore the potential for manipulating minds—those of others, our own—beyond anything heretofore even attempted. “The brain will be the battlefield of the 21st century,” the document asserts. “Humans are the contested domain. Cognitive warfare’s objective is to make everyone a weapon.”

In a subsection headed “The vulnerabilities of the human brain,” the report has this to say:

“In particular, the brain:

is unable to distinct [sic] whether information is right or wrong:

is led to believe statements or messages it has already heard as true, even though these may be false;

accepts statements as true, if backed by evidence, with no regards to [sic] the authenticity of that evidence.“

And this, which I find especially fiendish:

“At the political and strategic level, it would be wrong to underestimate the impact of emotions…. Emotions—hope, fear, humiliation—shape the world and international relations with the echo-chamber effect of social media.“

No, we’re not in Kansas anymore. Cognitive Warfare is a window onto diabolic methods of propaganda and perception management that have no precedent. This is war waged in a new way — against domestic populations as well as those declared as enemies.

And we have just had a taste of what it will be like as these techniques, well-grounded in cutting-edge science, are elaborated. Yet more disturbing to me than the cold prose of the report is the astonishing extent to which it proves out. Cognitive warfare, whether or not the NATO report is now the propagandists’ handbook, works, and it is working now on most Americans. 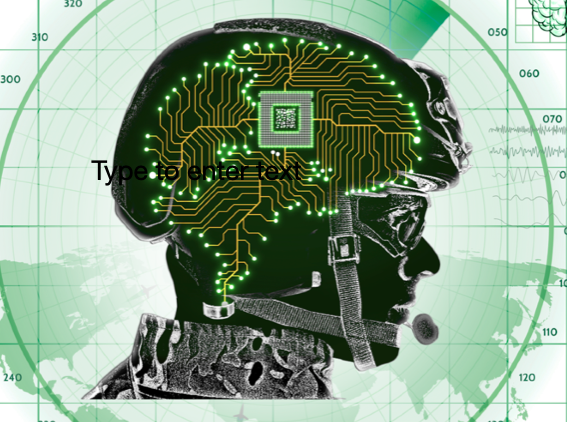 This is what I mean when I say we, too, are the victims of this war.

Last week the conductor of the Munich Philharmonic Orchestra, Valery Gergiev, was sacked for refusing to condemn Vladimir Putin. The same thing then happened to Anna Netrebko. The Metropolitan Opera in New York fired its star soprano for the same reason: She preferred to say nothing about the Russian president.

There is no bottom to this. Last Friday Lindsey Graham, the South Carolina Senator, openly called for Putin’s assassination. Michael McFaul, briefly Barack Obama’s ambassador to Russia and the king of nitwittery, asserts that all Russians who don’t openly protest Russia’s intervention in Ukraine are to be punished for it. In the idiotic file, the International Federation of Felines has barred imports of Russian cats.

Here is the entry on this list of preposterous assertions that got me out of my chair in a rage last Thursday: The International Paralympic Committee banned Russian and Belarusian athletes—why the Belarusians, for heaven’s sake?—from the winter Paralympics that commenced the following day in Beijing. We’re now down to persecuting people whose hearts and souls are abler than their limbs?

The committee made it plain it acted in response to international pressure. I wonder whose that might be.

What Has Become of Us

Look at what has become of us. Most Americans seem to approve of these things, or at least are unstirred to object. We have lost all sense of decency, of ordinary morality, of proportion. Can anyone listen to the din of the past couple of weeks without wondering if we have made of ourselves a nation of grotesques?

It is common to observe that in war the enemy is always dehumanized. We are now face to face with another reality: Those who dehumanize others dehumanize themselves more profoundly.

“Rational argument can be conducted with some prospect of success only so long as the emotionality of a given situation does not exceed a certain critical degree. If the affective temperature rises above this level, the possibility of reason’s having any effect ceases and its place is taken by slogans and chimerical wish fantasies. That is to say, a sort of collective possession results which rapidly develops into a psychic epidemic.”

That is a snippet from a book by C.G. Jung, The Undiscovered Self, that a friend just sent. When our feelings get the better of us, we can no longer think or talk usefully to one another: This is the Swiss psychoanalyst’s point in simple terms.

The other day PBS Newshour ran an interview with one Artem Semenikhin, in which the small-town mayor was lionized for standing up to Russian soldiers. In the background, as the ever-alert Alan MacLeod points out, was a portrait of Stepan Bandera, the savage Russophobe, anti–Semite, and leader of Ukrainian Nazis.

PBS Newshour interviews the Mayor of Konotop, Artem Semenikhin, presenting him as a hero for killing Russian invaders.

However, despite his Zoom blur effect, you can clearly still see that behind him is a portrait of Nazi leader and Holocaust perpetrator Stepan Bandera. pic.twitter.com/KNwCuFeCkO

What did PBS do about this careless oversight? It blurred the Bandera portrait and broadcast the interview with its Ukrainian hero. American journalism at its zenith.

It strikes me as the perfect metaphor for what has happened to our reasoning faculties — or, better put, what we have allowed to be done to them. Factual realities that lie beyond dispute, if inconvenient, are blurred out of the movie we think we’re watching.

It is the same with any genuine understanding of the Russian intervention. I have four words for what we need to read this crisis: history, chronology, context, and responsibility. Since none of these serves our cognitive warriors’ purpose, we are invited to blot them out. And once again: With dreadful fidelity to those actively manipulating our perceptions, we do so.

Context, the worst of us assert, is some idea those awful Russians came up with. We take no interest whatsoever in how the world may look from anyone else’s perspective. Who in hell, please tell me, thinks this is a good way to live?

I have rendered a pencil-sketch of a nation falling apart as it takes another one apart. A nation this far into one of Jung’s “collective possessions” cannot possibly do well. As is always the case (a thought that came to me as I studied the Japanese nationalists of the 1930s), the victimizers are victims, too.

If we are to find our way out of this funhouse, we will have to do one thing before any other: We will have to learn to speak in a clear, new language so that we can name things as they are instead of blurring them as PBS did that Bandera portrait.

And we must start with one word. Unless we can learn to call America an empire, we will stumble in the funhouse dark until it becomes so unfun we can no longer bear our own self-deceptions.

I see in here a virtue in this large, complicated moment. Between Russia’s intervention in Ukraine, which I count regrettable but necessary, and the joint statement Putin made with Chinese President Xi Jinping on Feb. 4, we are all called upon either to recognize the United States for what it has become, an empire violently defending itself against history itself, or accept our fate among the victims of this empire.

Clarity: It is always a fine thing, whatever the difficulties it brings.

← The War-Torn & Dispossessed Worldwide
In These Days of Great Tension →

87 comments for “PATRICK LAWRENCE: The Casualties of Empire”