This is the extent of voluntary reaction to events in Ukraine. 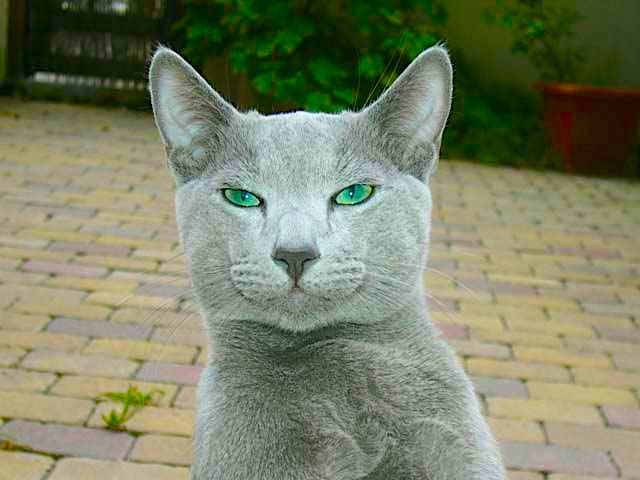 The International Federation of Felines (FIFe) on Tuesday ordered a ban on the importation of Russian-bred cats, presumably anywhere in the world.

“No cat bred in Russia may be imported and registered in any FIFe pedigree book outside Russia, regardless of, which organization issued its pedigree,” the FIFe board said in a statement.

The board said the ban was imposed because of events in Ukraine:

“The FIFe Executive Board is shocked and horrified that the army of the Russian Federation invaded the Republic of Ukraine and started a war. Many innocent people died, many more are wounded and hundreds of thousands of Ukrainians are forced to flee their homes to save their lives. We can all witness the destruction and chaos caused by this unprecedented act of aggression.

On top of that our Ukrainian fellow feline fanciers are desperately trying to take care of their cats and other animals in these trying circumstances. We are extremely happy that many members of FIFe clubs bordering Ukraine, such as Poland, Romania, Hungary, Slovakia and Moldova, are lending a helping hand to their Ukrainian breeder friends.

The Board of FIFe feels it cannot just witness these atrocities and do nothing, so it decided that as of 01.03.2022:

So far the International Canine Association has said nothing about Russian dogs. Russian birds cannot be stopped from flying over the border.

Apparently taking no public position on Ukraine — no matter one’s walk in life — is making oneself an accomplice to Russia’s actions. It demonstrates the kind of pressure felt by ordinary people to not be seen as siding with Russia, even if that means not importing Russian cats.

It also highlights U.S. impunity for massive, unprovoked attacks on other nations, such as Iraq in 2003, that provoked no such public outcry in the West. On the contrary, dumping French wine and renaming French fries “Freedom Fries” was the outcry against France trying to stop that disastrous invasion.

The cat ban follows voluntary actions against Russian cultural and sporting organizations and individuals that fall outside the scope of U.S. and European sanctions.  On Monday Russian orchestra conductor Valery Gergiev was fired from his job at the Munich Philharmonic Orchestra. He has also been banned by orchestras in Rotterdam, Vienna and at Carnegie Hall in New York.

Warner Brothers has delayed releases of its films in Russia; Spotify has closed its office in Russia; the Glasgow Film Festival has dropped two Russian films and the Venice Biennale has removed Russia’s pavilion among other cultural bans.

A university in Italy even tried to ban a course on Fyodor Dostoevsky, but reversed itself after an outcry.  “Not only is being a living Russian wrong in Italy today, but also being a dead Russian, who was sentenced to death in 1849 because he read a forbidden thing. That an Italian university would ban a course on an author like Dostoevsky is unbelievable,” said Paolo Nori, a writer who is teaching the course.

The North American-based National Hockey League, which has hundreds of Russian players, announced that it was severing its business ties to the Russian Federation:

“The National Hockey League condemns Russia’s invasion of Ukraine and urges a peaceful resolution as quickly as possible. Effective immediately, we are suspending our relationships with our business partners in Russia and we are pausing our Russian language social and digital media sites. In addition, we are discontinuing any consideration of Russia as a location for any future competitions involving the NHL.”

Russian-born NHL players have reported receiving threats. Dan Milstein, an agent who represents most of the Russians playing in the ice hockey league, spoke of one of his players being verbally attacked on the street. “He was yelled at to, ‘Get back to your country,’ and was called a Nazi and other words,” Milstein told ESPN. “Clients are being called Nazis. People are wishing that they are dead. These are human beings. These are hockey players. These are guys contributing to our society, paying millions of dollars in taxes to support the U.S. and Canada and doing all kinds of charity work back home. Stop looking at them as aggressors. Stop being racist.”

In its statement, the NHL defended its Russian-born athletes. “We also remain concerned about the well-being of the players from Russia, who play in the NHL on behalf of their NHL Clubs, and not on behalf of Russia,” it said. “We understand they and their families are being placed in an extremely difficult position.”

The International Ice Hockey Federation has banned Russia and Belarus from participating in this year’s world championship.

International Olympic Committee (IOC) has recommended that athletes from Russia and Belarus be barred from its events.

The International Football Association (FIFA) has suspended Russia and barred it from competing at the World Cup later this year in Qatar. Russia is appealing the ban.

The video game maker EA Sports has gone so far as to remove Russian teams from its soccer and ice hockey computer games.

IOC Executive Board recommends no participation of Russian and Belarusian athletes and officialshttps://t.co/XZyLIi11XR

The European Union and Britain have removed English-language Russian broadcasters RT and Sputnik from the airwaves and cable networks and Google has removed their channels from YouTube in Europe.  Hackers have shut down Russian government ministry websites, including the Kremlin’s, making it difficult to access transcripts of Russian government statements.  Only the Russian state newswire TASS appears to be functioning normally, although it too was hacked on Monday. Signed with the logo of the hacktivist group Anonymous, the following message appeared on its website:

“Dear citizens. We urge you to stop this madness, do not send your sons and husbands to certain death. Putin makes us lie and puts us in danger. We were isolated from the whole world, they stopped buying oil and gas. In a few years we will live like in North Korea. What is it for us? To put Putin in the textbooks? This is not our war, let’s stop it! This message will be deleted, and some of us will be fired or even jailed. But we can’t take it anymore.”

Russia intervened militarily last Thursday in the eight-year old civil war in Ukraine in which ethnic Russians have been under attack after resisting the U.S.-backed 2014 coup in Kiev.

Journalism 101: Two sides to every story.

How can the Russian side to this story be reported if Russian media is shut down by Western governments?

Only one side is allowed to be told. #censorship

← Hunger Strike in Egypt
The Ideological Vacuum in Kenyan Politics →

35 comments for “Ban on Russian Cats”