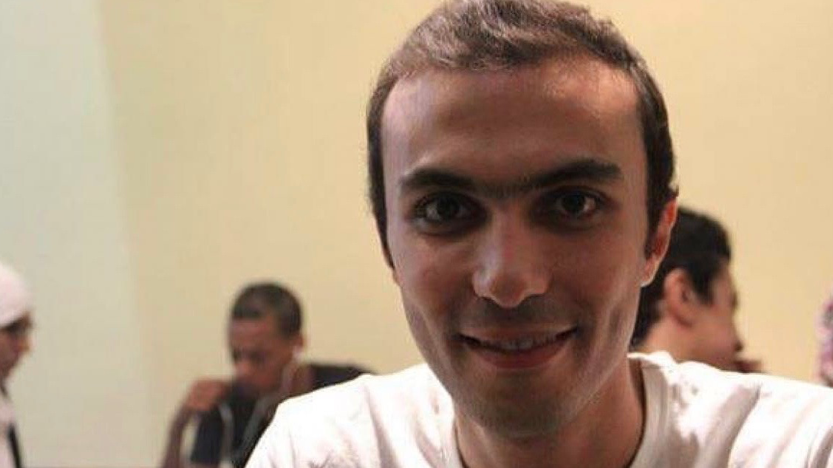 On Feb. 13, Walid Shawky,  35, of the April 6 movement in Egypt announced that he would stage a hunger strike in prison to protest the continued medical negligence and mistreatment of political prisoners in jails, according to the Egyptian Initiative for Personal Rights (EIPR).

Shawky, a dentist by profession, is accused of being a member of a terrorist organization and has been in jail since Oct. 14, 2018. Despite completing the maximum period of detention without trial, two years from the time of arrest, the Egyptian authorities refused to release him last year and instead drew up new charges against him.

[On Feb. 22, a family member who visited him said his health and mental state had greatly deteriorated, Human Rights Watch reports.]

Shawky has also been accused of participating in anti-government protests in 2020 despite being in jail at the time of the protests, EIPR claimed.

The April 6 movement was formed in 2008 by secular and progressive youth in Egypt. It mostly supported the workers’ movement in the country before becoming a prominent part of the 2011 uprising against the Hosni Mubarak regime. Following the coup in 2013, the organization was banned by an Egyptian court for allegedly distorting the image of the country and indulging in “espionage.”
Deliberate Medical Negligence

Since the 2013 military coup led by Abdel Fattah el-Sisi, most of the political parties and civil society groups in Egypt have been banned and thousands of their members arrested. According to various estimates, there are over 60,000 political prisoners in Egyptian jails, most of whom face negligence of their basic rights including medical care.

Rights groups have accused the Egyptian authorities of maintaining a policy of deliberate medical negligence and ill treatment of prisoners which often results in their untimely death in jails.

Last week, another political prisoner, Ahmed Shaheen, 42, died in prison due to medical negligence. He was the second prisoner to die in the month of February.

The death of former Egyptian president Mohammad Morsi in June 2019 was the most high-profile death in an Egyptian prison. The U.N. had called his death an “arbitrary killing.”

Alaa Abdel Fattah, who was a prominent figure in the 2011 uprising against the Hosni Mubarak government that ultimately led to elections and establishment of an elected government, has been in jail for most of the period since the coup in 2013. He has often complained of inhuman prison conditions and danger to his life due to medical negligence.

In 2020, several Egyptians had protested the government’s negligence in preventing the spread of Covid-19 in jails.

This article is from Peoples Dispatch, an “international media project with the mission of bringing to you voices from people’s movements and organizations across the globe.”