Richard Norton-Taylor flags the U.K.’s dispute with Mauritius over sovereignty of the Chagos archipelago in the Indian Ocean, where the largest island hosts a major U.S. bomber base. 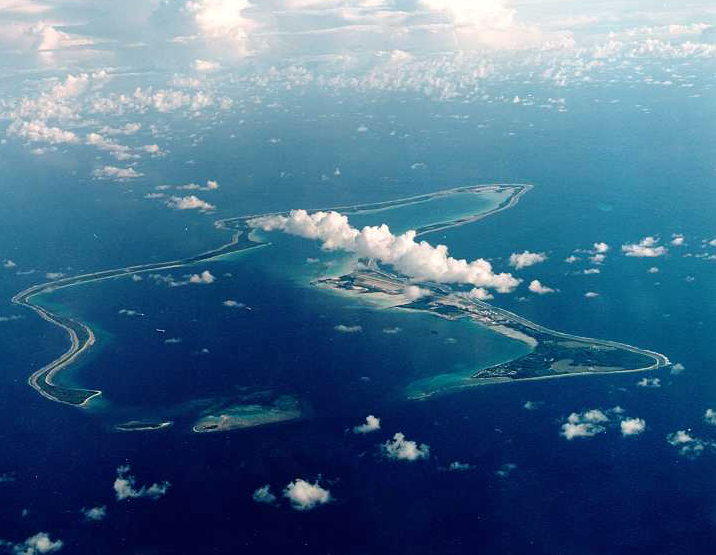 Jagdish Koonjul, the Mauritian ambassador to the U.N., last month raised his country’s flag on the Chagos archipelago – what Harold Wilson’s Labour government of 1965 named the British Indian Ocean Territory (BIOT), in a flagrant breach of international law.

At a stroke, all the rights of the inhabitants – human, economic, civil – were torn up in a move opposed by international institutions ever since.

The British government evicted the entire indigenous population of more than 1,500 islanders from their homes on the archipelago.

It realized it could establish a new colony, claim sovereignty over the territory, and ignore a 1960 U.N. resolution on the right of self-determination – so long as no one lived there.

If there were no inhabitants there would be no democratic rights that needed to be safeguarded, Whitehall officials argued.

After gassing their pet dogs, British officials deported the islanders mainly to Mauritius and the Seychelles. Wilson threatened to block independence for Mauritius if it rejected the deal.

The evictions were to make way for a major U.S. bomber base on Diego Garcia, the largest of the Chagos islands.

Making a Come Back 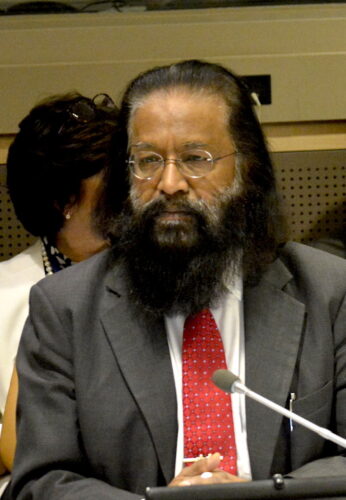 This February Mauritius, which claims the archipelago, chartered a ship, Bleu de Nîmes, to the islands with a group of its original inhabitants. It was a largely symbolic exercise, but an important one in what has been a long struggle to overturn a terrible wrong.

Though it sent a fishery protection vessel to shadow the Bleu de Nîmes, the British government dismissed the attempt to draw attention to the decades-long dispute.

Equally, it has ignored United Nations resolutions, a guilty verdict handed down by the International Court of Justice, and a ruling by a U.N. court last year that Britain must end its “unlawful occupation” of the Chagos islands.

Philippe Sands QC, a law professor at University College London who represents the islanders, describes the journey as “historic.”

“The British government knows that its position is untenable, that international law – the ICJ (International Court of Justice), ITLOS (International Tribunal for the Law of the Sea), the UN and specialised agencies – treats Chagos as part of Mauritius, that the ground is shifting under its feet. The question is not whether Britain will recognise the legal and political realities, but when. This journey opens the door to the return of the Chagossians.”

Britain declares ownership of the islands for what it describes as “defence purposes.” The phrase is a euphemism for the U.S. base on Diego Garcia that has been used to strike targets in the Middle East and Afghanistan.

The Pentagon described the base as “critical” in the U.S. invasion of Iraq in 2003. Diego Garcia was also used by the CIA as a transit base for the rendition of terror suspects to Guantanamo Bay and secret prisons in Poland and Romania where they were tortured.

And in return for letting it construct the bomber base, Washington secretly offered a discount, reported to amount to £11 million, on the cost of a Polaris nuclear missile deal the Labour government was negotiating. 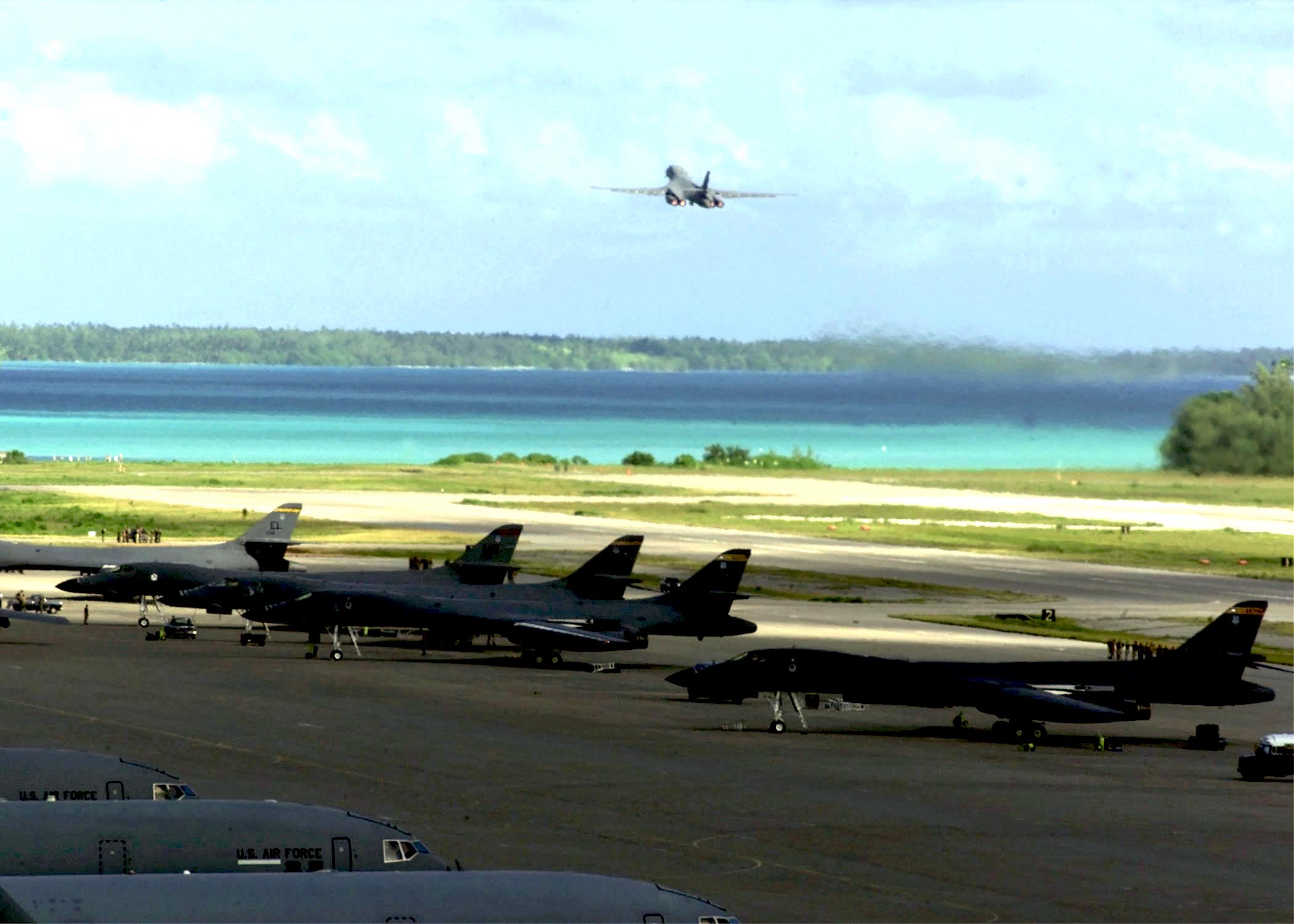 Years later, in 1980, Margaret Thatcher made a similar secret deal with the U.S., agreeing to America’s increased use of Diego Garcia in return for a deal on acquiring Trident, the successor to Polaris.

The racism and cynicism with which the Foreign Office, first under a Labour government, and then their Conservative successors, adopted towards the Chagossians was graphically illustrated in a telegram dated Aug. 31, 1966. This was sent by Sir Paul Gore-Booth – an official at Britain’s delegation to the U.N. in New York – to the Foreign Office in London, and referred to the plan to forcibly evict the islanders and lease Diego Garcia to the U.S.

“We must surely be very tough about this. The object of the exercise was to get some rocks which will remain ours; there will be no indigenous population except seagulls who have not yet got a [UN] Committee (the Status of Women Committee does not cover the rights of Birds).”

In a handwritten note, senior Foreign Office official Dennis (later Lord) Greenhill, responded: “Unfortunately along with the Birds go some few Tarzans or Men Fridays whose origin are obscure, and who are being hopefully wished on to Mauritius etc”.

The plan, said the Foreign Office, was to build “defence facilities” on the islands “without hindrance or political agitation.” 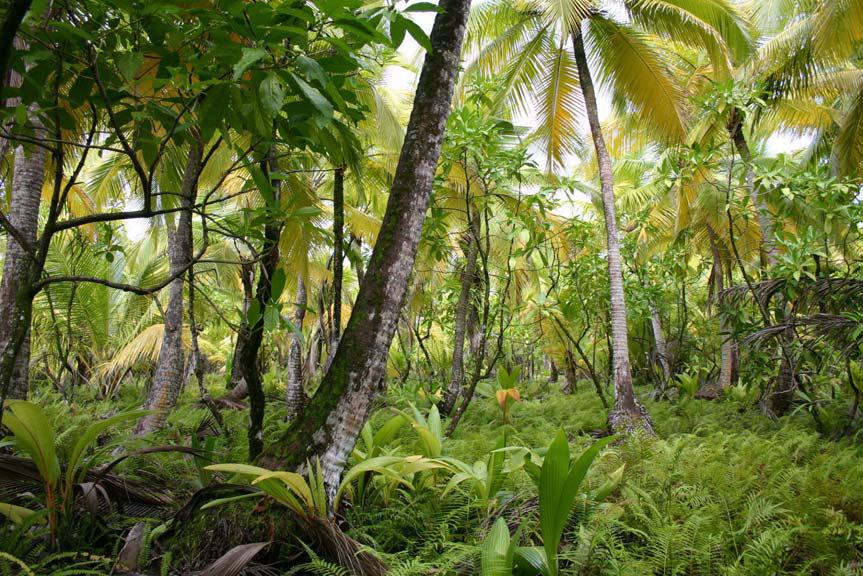 Years later, in 2009, a senior British diplomat resurrected the language in a note of a secret meeting with a U.S. official released by WikiLeaks. Colin Roberts, who was later appointed governor of the Falkland Islands, told the Americans there would indeed be “no human footprints” or “Man Fridays” on the islands.

Roberts told the U.S. that the British government had come up with the idea of establishing the “largest marine reserve in the world” around the islands so that “former inhabitants would find it difficult, if not impossible, to pursue their claim for resettlement on the islands…”

The reserve was imposed by David Miliband, the foreign secretary, in the dying days of Gordon Brown’s government. It was subsequently declared illegal under the U.N. Convention of the Law of the Sea.

Britain has used sovereignty as something it can pick and choose as it wishes. It says Britain would “cede sovereignty of the territory (the BIOT) to Mauritius when it is no longer required for defence purposes.”

In a most telling comment, Olivier Bancoult of the Chagos Refugees Group who was removed from the islands at the age of 4 said on his visit to the islands last month: “The importance of this trip is that we can send a message to the world – about the kind of injustice the U.K. government, with the help of the U.S. government, inflicted on our people.

“If we were white people with blue eyes, maybe we would have had better treatment like the Falkland Islanders?”

Richard is a British editor, journalist and playwright, and the doyen of British national security reporting. He wrote for the Guardian on defence and security matters and was the newspaper’s security editor for three decades.

← Putin: Crazy Like a Fox
Hunger Strike in Egypt →