“We’re in a five-alarm fire, but Biden refuses to use a firehose,” said one critic of the U.S. performance at the Glasgow climate conference, which ended on Saturday. 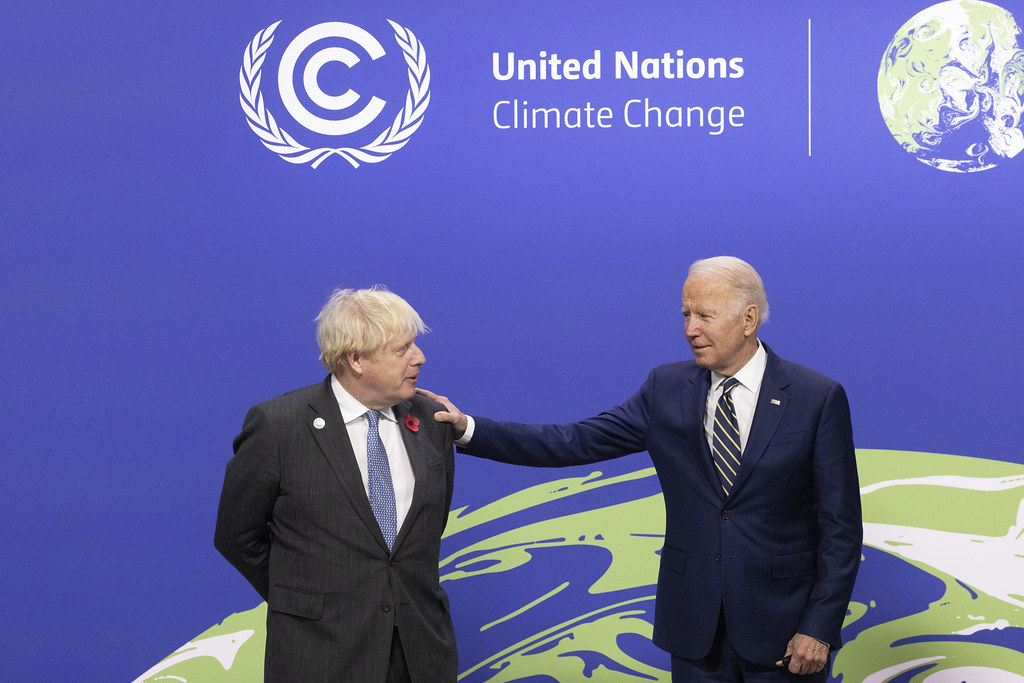 As climate campaigners worldwide on Saturday slammed the United Nations summit in Scotland and its resulting Glasgow Climate Pact as betrayals of the Global South by rich countries that have polluted the planet, U.S. President Joe Biden faced growing pressure to improve both his national and global policies.

The fresh demands built on previous comments and calls throughout COP26—such as a Friday statement Food & Water Watch, whose policy director Mitch Jones said that “this White House should fulfill its campaign promise to stop oil and gas drilling on public lands, put an end to oil and gas exports, and stop approving new dirty energy power plants and pipelines.”

As the summit ended a day late with the pact that critics worry won’t lead to the international community meeting the Paris agreement’s 1.5°C temperature goal for this century, Jean Su, energy justice director at the Center for Biological Diversity, highlighted U.S. failures.

“We’re in a five-alarm fire, but Biden refuses to use a firehose,” Su said in a statement. “President Biden can use his unique set of executive powers to stop fossil fuel project approvals and declare a climate emergency, but he isn’t. Failing to act on fossil fuels is beyond climate denial, it’s climate atrocity.”

Su’s group pointed out that declaring a national climate emergency “would allow the president to reinstate the crude oil export ban and use military funds to deploy just and distributed energy systems in the communities most harmed by the fossil-fueled energy system.”

“Failing to act on fossil fuels is beyond climate
denial, it’s climate atrocity.”

Although Biden attended the summit last week and his administration is backing global efforts to cut emissions of the potent greenhouse gas methane, end public financing of fossil fuels, and halt deforestation, the center’s statement noted lack of U.S. support for a pledge to phase out coal-fired power plants and a “groundbreaking” new alliance.

“In Glasgow President Biden showed he’s content with the status quo of relentless fossil fuel pollution punishing people and the planet,” said Su. “Real climate leadership came from countries like Denmark and Costa Rica who led the historic Beyond Oil and Gas Alliance, committing to ending the fossil fuel era.”

The United States also joined with the European Union and the United Kingdom—which hosted the conference—to quash the proposed creation of a new mechanism to make rich nations pay for the devastating climate impacts that global frontline communities are already enduring.

“As the largest historic emitter of climate-heating pollution, the U.S. must reach into its deep pockets to pay its fair share to the people who suffer from a crisis they did little to create,” Su said. “Paying that climate debt of loss and damage is a matter of fundamental justice. The U.S.’s blockage of loss and damage finance is a betrayal of the communities most impacted by the climate catastrophe.”

“There’s still time for Biden to unlock his climate superpowers by stopping fossil fuel project approvals and declaring a climate emergency,” Su said. “He can start by canceling the giant lease sale scheduled for the Gulf next week, and making that a transformative moment for putting people over polluters.”

Over 250 advocacy groups are pushing the president to stop the sale. In a letter to Biden, they wrote that “you promised to address the climate crisis with the urgency it deserves, and in Glasgow, you assured the world that your plans to cut emissions are a fait accompli, not mere rhetoric. Selling more than 80 million acres in the Gulf of Mexico for oil and gas development just days after the international climate talks makes a mockery of those commitments.”

“There is still time to keep your promise to end new leases on public lands and waters and address environmental racism,” the groups’ letter added. “Please utilize your existing authority and defer Lease Sale 257 to reckon with the latest evidence and properly estimate and acknowledge the full range of impacts from lease sales in this region.”

There are also numerous other campaign promises that Biden hasn’t yet delivered on—many of which are contained in the Build Back Better budget reconciliation package that Democrats are aiming to send to the president’s desk as early as this coming week.

However, fears have mounted over the the Build Back Better Act’s future since right-wing Democrats in a U.S. House of Representatives convinced party leadership to decouple the broad climate and social package from a Senate-approved bipartisan physical infrastructure bill. Now that both chambers have passed the latter, some progressives worry select Democrats will try to further weaken or fully kill the former.

Rachel Cleetus, a policy director and lead economist in the Climate and Energy Program at the Union of Concerned Scientists, said Saturday that “quickly securing the Build Back Better Act is a crucial step for the United States to meet its domestic and international clean energy and climate goals while addressing environmental injustices and delivering benefits to working people.”

“Moreover, the U.S. Congress and the Biden administration must galvanize the funding needed to meet U.S. responsibilities to climate-vulnerable developing countries, including for loss and damage,” Cleetus added. “Countries must also seize the numerous bilateral and multilateral opportunities to raise their collective ambition in the lead up to COP27, slated to take place in Sharm el-Sheikh, Egypt in November 2022.”

1 comment for “COP26: Biden Under Fire for ‘Failing to Act on Fossil Fuels’”