The COP26 climate conference in Glasgow is over with a ‘hollowed-out,’ non-binding final communique being denounced as leaving the 1.5°C goal ‘on life support’. 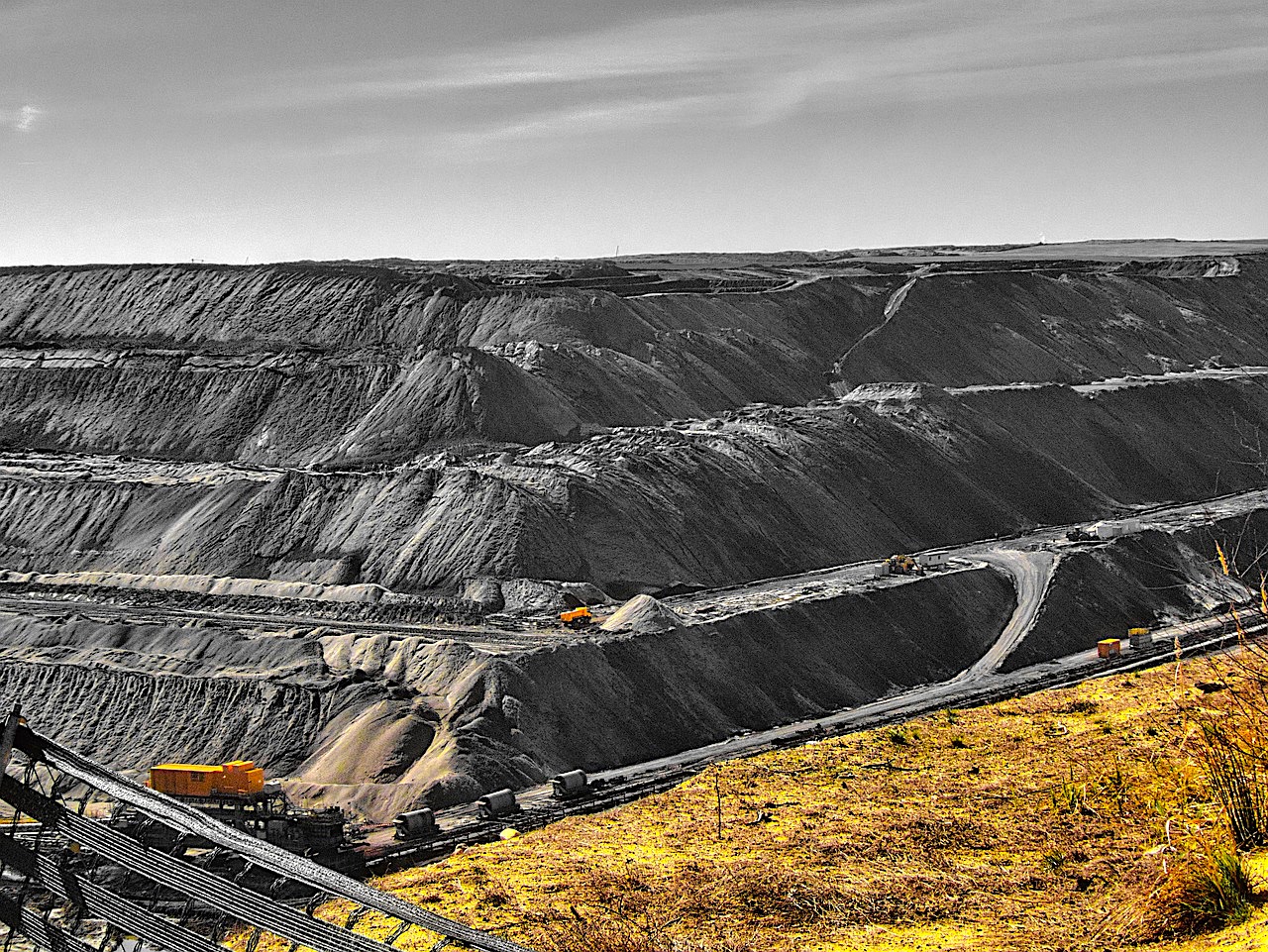 Faced with new research showing a significant gap between current commitments to cut planet-heating emissions and the Paris agreement’s 1.5°C target, negotiators from nearly 200 countries on Saturday struck a non-binding deal that critics say falls short of what is needed to tackle the climate emergency.

The agreement came out of COP26, the United Nations climate summit in Glasgow, Scotland that was scheduled to wrap up Friday. As talks spilled over into Saturday, global campaigners expressed frustration with what they called “a clear betrayal by rich nations.”

That criticism of the European Union, United Kingdom, and United States came early Saturday after they killed an effort by poor countries to create a new mechanism that would make rich nations pay for climate-related “loss and damage.”

“Another trade show for corporate
and government schemes.”

Outrage over that omission and other elements of the Glasgow Climate Pact mounted—and mixed with some expressions of hope—as the meeting ended. Greenpeace International executive director Jennifer Morgan said in a statement about the deal that “it’s meek, it’s weak, and the 1.5°C goal is only just alive, but a signal has been sent that the era of coal is ending. And that matters.”

While lamenting that “the offsets scam got a boost,” Morgan welcomed “progress on adaptation,” the recognition that vulnerable countries are already enduring loss and damage, a call for emissions cuts of 45% by 2030, and a line on phasing out coal and fossil fuel subsidies, which she said is “compromised but its very existence is nevertheless a breakthrough.”

But the real work continues outside these halls. And we will never give up, ever. https://t.co/EOne9OogiR

Oil Change International executive director Elizabeth Bast said that “compared to just a few years ago, the progress and momentum made in the last two weeks towards phasing out fossil fuels is striking,” highlighting some specific wins from the U.K.-hosted conference.

“The joint commitment by nearly 40 countries and institutions to end public finance for oil, gas, and coal projects overseas now puts pressure on all countries to end funding for all fossil fuels,” she said. “The Beyond Oil and Gas Alliance, launched by 12 countries and regions, is the first diplomatic initiative acknowledging the need for governments to manage the phase-out of fossil fuel production as a key tool to address the climate crisis.”

With the summit in Scotland now over, many activists are already setting their sights on COP27 in Egypt and demanding more progress.

“Glasgow was meant to deliver on firmly closing the gap to 1.5°C and that didn’t happen, but in 2022 nations will now have to come back with stronger targets,” said Morgan. “The only reason we got what we did is because young people, Indigenous leaders, activists, and countries on the climate frontline forced concessions that were grudgingly given. Without them, these climate talks would have flopped completely.”

Some activists framed this year’s talks as a total failure. As Sara Shaw, Climate Justice and Energy program co-coordinator at Friends of the Earth International, put it: “The U.K. presidency and their allies are patting themselves on the back but no deal at all would have been better.”

“Perhaps it is no surprise that this was the moment a deal was finally forced through on carbon markets—a free pass for rich countries reluctant to cut emissions,” she said, noting the presence of fossil fuel lobbyists at the event. “This deal could mean a rise in global emissions and—combined with a weak commitment to ‘net-zero‘ by midcentury and the inclusion of seductive sounding ‘nature-based solutions‘ (read massive tree planting in the Global South)—will fuel a grabbing of Indigenous and developing countries’ land for carbon offsets, not to mention a rush for unproven techno-fixes.”

Grassroots Global Justice Alliance policy director Adrien Salazar said that “we came to COP26 with frontline Indigenous, Black, Asian, Pacific Islander, and Arab leaders impacted by climate crisis, fossil fuel extraction, and pollution. What we have witnessed here is another trade show for corporate and government schemes to evade real solutions that reduce emissions at the source, while they resist winding down fossil fuels.”

“This entire COP has been framed for net-zero targets, but net-zero and carbon offsetting schemes enable continued violence on vulnerable communities,” Salazar added.

“We have been given smoke and mirrors in this agreement. Over 500 fossil fuel lobbyists were here at COP, more than any single delegation. Militaries, like the U.S. military—the largest single carbon emitter in the world—remain exempt from this climate agreement again. There is not enough in this document to protect human rights, and this outcome leaves far too many loopholes for fossil fuel corporations to continue their violent business model. People on the frontlines of climate chaos and extractive industry need real solutions and real reductions now.”

“It is nothing less than a scandal,” Shaw argued. “Just saying the words 1.5 degrees is meaningless if there is nothing in the agreement to deliver it. COP26 will be remembered as a betrayal of Global South countries—abandoned to the climate crisis with no money for the energy transition, adaptation, or loss and damage.”

“A decade ago, the world’s wealthiest economies pledged to mobilize $100 billion per year in climate finance for poorer countries by 2020. But they are still falling short by tens of billions of dollars per year.

At the same time, only a small fraction of that climate aid to date has gone toward measures to help poorer countries cope with the hazards of a hotter planet, such as sea walls or early-warning systems for floods and droughts…

The new agreement tries to fill in some of those gaps. It calls out rich countries for failing to meet the $100 billion goal and urges them to ‘at least double’ finance for adaptation by 2025. It also sets up a process for figuring out a collective goal for long-term finance, although that process could take years, and developing countries say they may ultimately need trillions of dollars by the end of the decade.

Shaw said that “the 150,000 people out on the streets for climate justice in Glasgow know the solutions to the climate crisis: a just transition to a world without fossil fuels and climate finance flowing from developed to developing countries. Disgracefully, rich countries opted instead for the Glasgow ‘get-out clause’ while hanging developing countries out to dry.”

While the two-week COP26 saw some participation from diplomats and activists of poor and frontline communities, Rachel Cleetus, a policy director and lead economist in the Climate and Energy Program at the Union of Concerned Scientists, noted that organizers of the event—which was delayed due to the Covid-19 pandemic—have come under fire for its exclusionary nature, and connected that criticism to the deal that emerged Saturday.

Julian Assange faces a 175 year sentence if extradited for his truthful reporting, including the ways in which powerful nations have undermined climate action

“The final COP26 decision is overwhelmingly compromised by countries that have contributed most greatly to the climate crisis,” Cleetus said, “and once again denies justice for climate-vulnerable developing countries already experiencing loss of lives, livelihoods, culturally significant sites, and critical ecosystems.”

“The next COP must be a reckoning for the fossil fuel industry and the rich countries that caused the climate crisis.”

“It also reflects the pervasive access and equity issues that plagued the Glasgow talks from the start,” she continued. “Limited availability of Covid-19 vaccines in the Global South, a venue too small to accommodate those that made the difficult journey, and glitchy technology shut out many negotiators and civil society members from participating in the process.”

Nick Dearden, director of the London-based group Global Justice Now, similarly called out the host government, declaring that “from the very start, the U.K. presidency set this summit up for failure. A sanitized COP, captured by corporate interests and inaccessible to the Global South, was never going to adequately or equitably respond to the climate crisis.”

Dearden celebrated that since the summit started on October 31, “the climate justice movement that came out in force in Glasgow and around the world became mainstream.” However, he also said that “this hollowed-out agreement shows that, for all the lip service they paid, world leaders and big business have not listened.”

Warning the 1.5°C goal “may not yet be dead, but it is on life support,” he added that “the next COP must be a reckoning for the fossil fuel industry and the rich countries that caused the climate crisis. Anything less will consign us to devastation.”

“We can now say with credibility that we have kept 1.5 degrees alive,” Sharma said. “But, its pulse is weak and it will only survive if we keep our promises and translate commitments into rapid action.”

“It is up to all of us to sustain our lodestar of keeping 1.5 degrees within reach and to continue our efforts to get finance flowing and boost adaptation,” he added. “After the collective dedication which has delivered the Glasgow Climate Pact, our work here cannot be wasted.”

Martin Vilela, Latin America Climate Campaign coordinator at Corporate Accountability, was less optimistic, saying that “COP26 has effectively buried the opportunity to stabilize global temperatures below 1.5 degrees and condemned us to false solutions, impunity, and irrationality.”

“Regardless of the success story that so-called leaders are selling to the world, we know that this only means more suffering for billions,” Vilela added. “We don’t believe them anymore! Now is the time to build solidarity with grassroots struggles that are challenging the powers and systems that have gotten us here, and build a just pathway forward.”

← THE ANGRY ARAB: Saudis Provoke Another Lebanese Crisis
COP26: Biden Under Fire for ‘Failing to Act on Fossil Fuels’ →