The Saudi-UAE alliance wants to protect the Israeli flank from a powerful resistance movement with regional extensions, writes As`ad AbuKhalil. 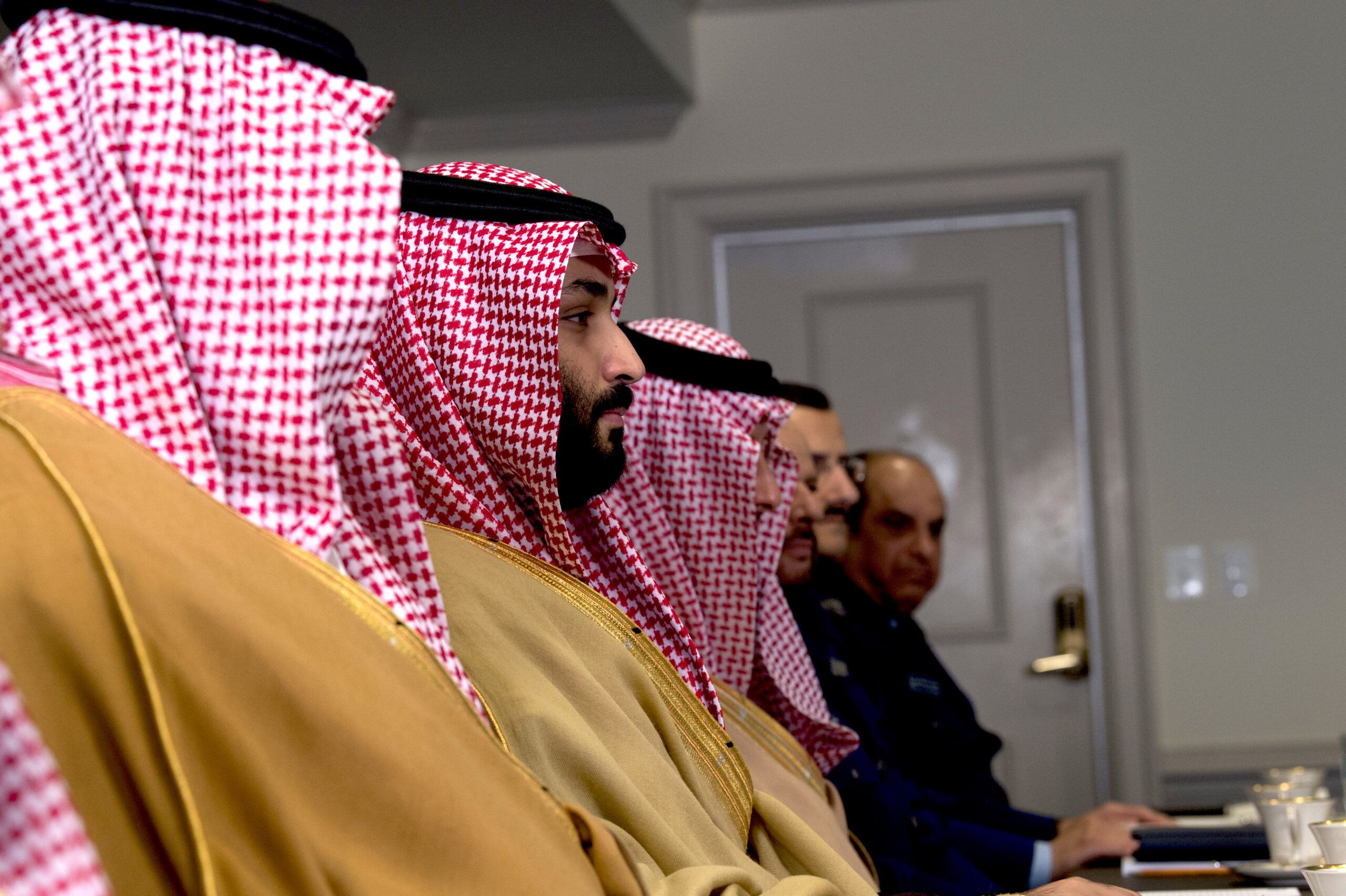 Lebanon is not well, and has not been well for the last two years.  The economic collapse of 2019 altered the political and economic landscape of the country.

While the country has proved its resilience (largely because Western governments have a stake in the system and sponsor most of the political bosses and the heads of armed services and security services), Lebanese society is no longer recognizable.  The evaporation of bank deposits, and the devaluation of the Lebanese pound caused drastic shifts in class locations.

Some rich people who trusted the banks blindly were pushed to middle class status, while people in the middle class joined the ranks of the working class or the poor. The poor did not lose money in the banks, but living conditions in Lebanon are harder than ever and basic living necessities are more expensive than they have ever been.

People stand in line at the banks to receive whatever arbitrary and meager cash amounts the banks allow, and at a great loss to depositors. Remittances from the Gulf, Africa and the West help many families but close to half of the population live in abject poverty.

Lebanon does not have social programs because the assassinated Lebanese-Saudi Prime Minister Rafiq Hariri (who designed the economic system responsible for the collapse) was a firm believer in total privatization; he once advised the poor to fix their shoes instead of buying new ones.

But the latest crisis in Lebanon is political in nature, grounded in Lebanese-Saudi relations.  Ever since Hariri’s murder in 2005, the powerful Saudi regime has been trying to control Lebanon.  It has not been a smooth course of domination.

The current crisis (explained below) can be traced to the July war of 2006 against Israel.  As soon as the war erupted, the Saudis issued a statement (simply attributed to officials) in which the regime blamed the war on Hizbullah.

It became the first real (official) Saudi break from the Palestine problem. To be sure, the covert relationship between the Saudi royal family and Israel goes all the way back to the 1960s when both worked against Gamal `Abdul-Nasser in Yemen.

But it was after 2001 that the royal family calculated that it could only erase the damage of Sept. 11 by getting closer to Israel.

The Saudis launched an unprecedented, regional, sectarian war against Shiites in order to undermine the pan-Arab support for Hizbullah.  The campaign was rather successful, aided by Hizbullah’s own shortcomings and its participation in the Syrian war on the side of Damascus.

But the 2006 war did not end as it was planned by Israel and the U.S., and wished for by the Saudi and UAE royal families.  The Economist magazine called the result of the war a “draw” but it was really the worst humiliation suffered by Israel since 1948.

In 1973, Arab armies launched the October war and made serious advances against Israeli positions, but Israel — with unprecedented U.S. aid and an airlift —managed to regroup and push back against the Syrian and Egyptian armies.

In 2006, the Israeli army could not advance one inch in South Lebanon.  The U.S. allowed Israel to use as much lethal force as it needed, and gave it as much time as it needed to finish the job. But the job could not be finished.  Not unrealistically, the Lebanese considered it a great victory (Hizbullah declared it a “divine victory”). 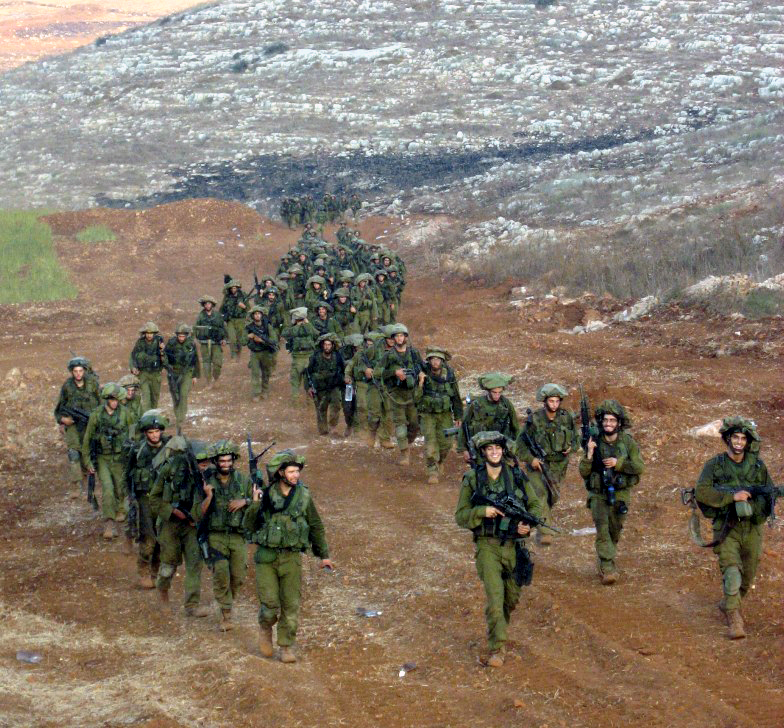 But the Saudi regime did not give up; it declared Hizbullah a terrorist organization and used its massive media empire to demonize Hizbullah and Hamas and all those who dare fight and resist Israel.  It also banned Hizbullah’s Al-Manar station from the two Arab satellite carriers.

In May 2008, the Saudis tried another tactic against Hizbullah: it armed poor Sunnis from Tripoli and Akkar and spread  them under the guise of “security companies” all around Beirut and the north.  They were supposed to take on Hizbullah forces, which even the Israeli army could not defeat.

The pro-Saudi Lebanese government tried in May 2008 to ban Hizbullah’s tele-communication network, which is essential for its ability to operate without Israeli interceptions.  The events of that day were rather swift: those who were paid by the Saudi regime (and managed by the Hariri family in Lebanon) were quickly subdued and disarmed, and other clashes occurred between Hizbullah fighters and fighters of Druze sectarian warlord Walid Jumblat.  It was another failure of Saudi policies, and Hizbullah wound up expanding its political power in Lebanon.

But the rise of Muhammad Bin Salman in 2015 (first as minister of defense, then as crown prince and later as the actual ruler when his father, Salman, ascended the throne) accelerated the war on Hizbullah and on all allies of Iran in the region.  Bin Salman (MbS) wanted his allies in Lebanon to take on Hizbullah and remove it from the government (although Hizbullah is the most powerful political party in Lebanon and managed to receive the largest number of votes in the last election).

Saudi ally, Prime Minister Saad Hariri, Rafiq’s son, did not express unwillingness, but rather inability to carry out the task.

In November 2017, Hariri was summoned to Saudi Arabia where he was quickly separated from his security detail and ordered strapped to a chair and beaten.  The prime minister of Lebanon — the highest Sunni office older in government—became a hostage of Muhammad bin Salman.

He was later that evening ordered to read a resignation statement that was intended to ignite a civil-sectarian war.  The statement accused Hizbullah of trying to kill him and condemned Iran’s expertise of “destruction and chaos.” The plan failed and Hariri’s Sunni supporters in Lebanon rallied behind him. The Lebanese president refused to accept the prime minister’s  resignation. Hariri was subsequently released under French diplomatic pressure. 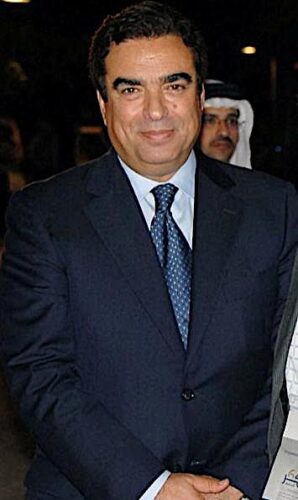 George Kurdahi in 2007, during his time as a TV presenter. (Ahmed Zayer, CC BY 2.0, Wikimedia Commons)

The most recent crisis is straight forward. New Lebanese Minister of Information George Kordahi appeared before the formation of the new cabinet on Aljazeera at the end of October and condemned the war on Yemen, referring to it as “pointless.” Kordahi had become a regional celebrity after hosting the Arabic version of “Who Wants to Be a Millionaire.” He has a history of praising Arab despots (from Syria’s Bashshar al-Assad to Gulf leaders and Gen. Abdel Fattah el-Sisi of Egypt).

After the war in Syria erupted in 2011, Kordahi (who is close to Lebanese politician Sulayman Franjiyyah — a personal friend of Syria’s ruler), supported the Syrian regime and was fired from MBC Television. (MBC is the biggest Arab television conglomerate and is owned by affiliates of the Saudi royal family).

As soon as Aljazeera  aired Kordahi’s remarks on Oct. 25 a diplomatic crisis ensued.

Lebanon, despite its problems and its economic demise, remains one of the few Arab countries in which criticism of the Saudi and UAE regimes can be made. But the oil and gas monarchs have corrupted the Arab cultural sphere to such an extent that one sees journalists, writers and artists supporting the Saudi-UAE campaign to suppress freedom of speech in Lebanon.

The crisis has not been resolved. The Saudi government insists on the resignation of Kordahi, but he refuses and stands by his position.  Western governments intervened with the Saudis to no avail.

The Saudi-UAE axis wants to dominate the entire Arab world and to ban all criticisms of their Yemen war and their alliance with Israel.  The alliance with Israel requires a reconfiguration of the Arab state system in order to prohibit the rise of a rival camp—no matter how small.

Lebanon remains an anomaly in Arab politics because its diversity —and its internal conflicts — prevent the imposition of one point of view, as is the case in all Arab countries.  Furthermore, the Saudi-UAE alliance wants to protect the Israeli flank from a powerful resistance movement with regional extensions.

This crisis is not likely to be resolved quickly and Saudi demands of Lebanon are as cumbersome and divisive as were the conditions for reconciliation with Qatar after the 2017 crisis. Eventually under pressure from the U.S., both the Saudi and UAE regimes dropped all their previous conditions and restored relations with Qatar.

Lebanon is in a weak state; its economy has collapsed and its people are desperate for salvation from any source.  But Saudi Arabia is not promising any rewards or aid to Lebanon. Far from it; they are brazenly asking for submission and surrender in return for the restoration of diplomatic relations.

Some people in Lebanon refuse to submit, no matter how heavy the pressures are from the Gulf.

8 comments for “THE ANGRY ARAB: Saudis Provoke Another Lebanese Crisis”