The psychic wound of 9/11 is what grieves America; it inflames its collective passion for vengeance, writes Michael Brenner. 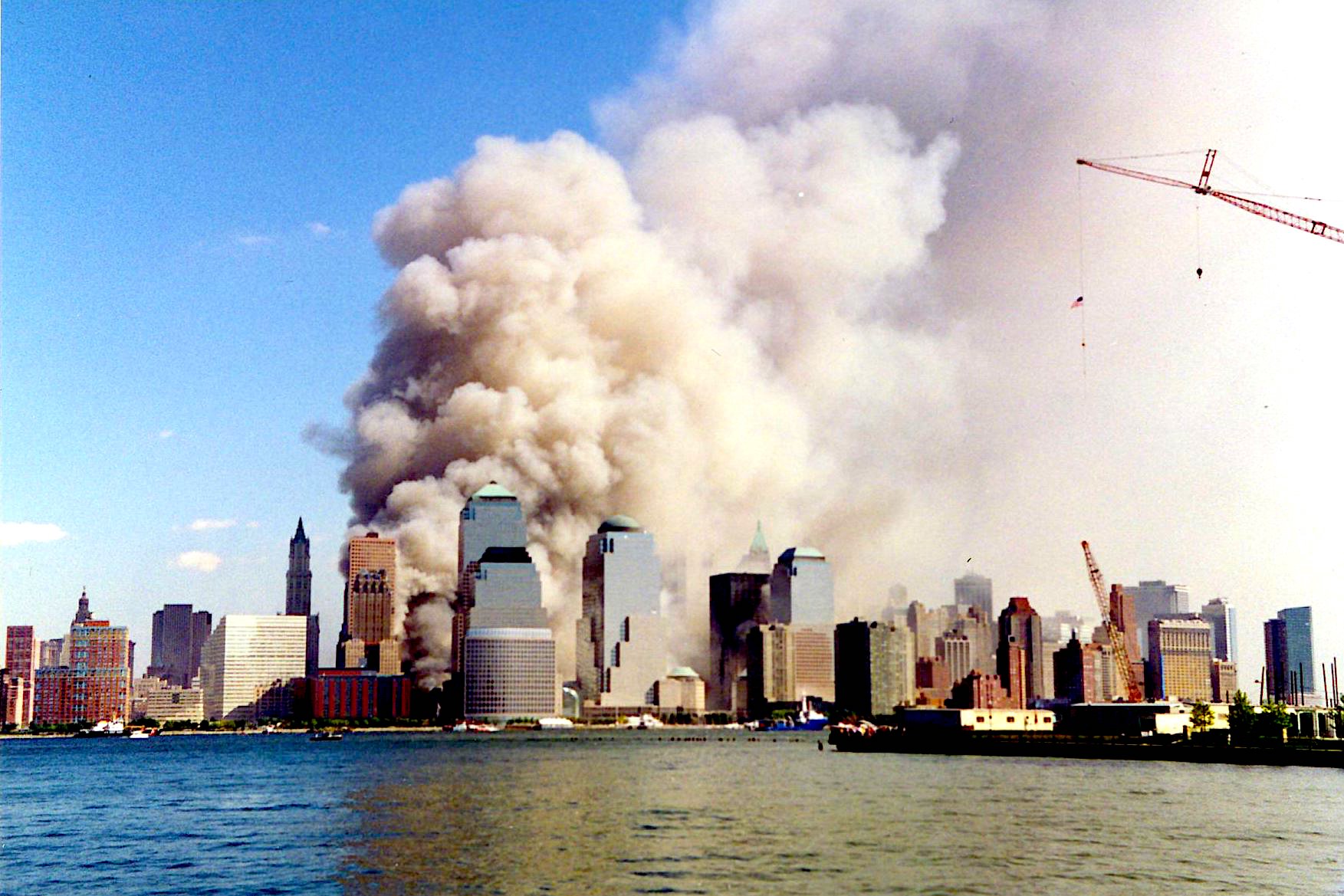 Captain Ahab’s obsessive hunt for Moby Dick was driven by the thirst for revenge. The great white whale had maimed Ahab – in soul as well as body. Ahab was consumed by the passion to restore his sense of self, to regain his prowess and make himself whole again, by killing his nemesis – a compulsion that his wooden leg never lets weaken.

America’s “war-on-terror” became its national mission for restoration. The psychic wound of 9/11 is what grieves America; it inflames its collective passion for vengeance. The physical wound is already healed. By now, it must be memorialized in order for the scar to be seen – and America wants it to be seen, and to be felt.

It never did impair its functioning. In that sense, little more than a broken toe. In the aftermath of 9/11, there was genuine fear of a repeat attack – something that we now know never was in the cards. America’s enemy has been emasculated; the great Satan was shot dead in Abbottabad long ago. Only pinpricks at long intervals from within America’s midst draw blood.

Catharsis has eluded the U.S., though. It still seethes with emotions – most below the surface, most of the time. America suffers from the embedded anxiety that is dread, from uneasy feelings of vulnerability, from a seeming lost prowess and control. A society that talks casually about ‘closure’ on almost all occasions cannot find closure on 9/11.

Instead, it has a powerful need to ritualize the fear, to pursue the implacable quest for ultimate security, to perform violent acts of vengeance that neither cure nor satiate: Saddam, Qaddafi, al-Baghdadi, Suleimani.

So, America prowls the seven seas hunting for monsters to slay; not Moby Dick himself, but his accessories, accomplices, enablers, facilitators, emulators, sympathizers. Whales of every species, great and small, fall to America’s harpoons. The dead and innocent dolphins far outnumber them. Fortunes of war.

Since there is no actual Moby Dick out there to pursue, the U.S. has fashioned a virtual game of acting out the hunt, the encounter, the retribution. America thereby has embraced the post-9/11 trauma rather than exorcised it. That is the “war-on-terror.” That war is about the U.S. – it no longer is about them. It is America’s Passion Play. The psycho-drama unspools in Americans’ own minds and imagination.

Ahab destroyed himself, destroyed his crew, destroyed his ship. He sacrificed all in the quest – a quest for the unattainable. The United States is sacrificing its principles of liberty, its political integrity, the trust that is the bedrock of its democracy, its standing in the world as the “best hope of mankind,” and its capacity to feel for others – including its fellow citizens. America’s Moby Dick has migrated and transmuted itself. It now is lodged in America’s innermost being.

There, it spawns fictive offspring – foremost, Vladimir Putin. Now, China too. But the phantasmagoric ‘Putin’ is but the projection of Americans’ own existential dread. The spectral persona who haunts American minds, “Putin” has no objective existence. “Putin” is the creation of America’s troubled national psyche. The U.S. has transposed onto him the whole maelstrom of turbid emotions it had imparted to Osama bin-Laden, and then the Islamic State. ‘Putin’, like depictions of Satan, is the dark star amidst a host of demonic furies: Iran, Assad, the Taliban, Hezbullah, Houthis, Hamas, M-13. 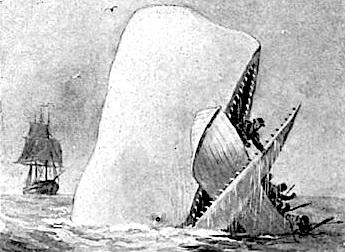 To be rid of America’s transmuted Moby Dick the U.S. must kill part of its tainted being – a form of psycho-political chemotherapy. Otherwise, America’s national soul will wither away just as Ahab was sucked into the ocean depths entangled in the very ropes he had fashioned to ensnare Moby Dick.

In a bizarre twist on this modern-day retelling of the Ahab tale, Washington has substituted its devils for the original Moby Dick. Most bizarre, the U.S. has aligned itself with Al-Qaida in Syria, aka al-Nusra (aka Jabhat Fatah al-Sham, aka Hayat Tahrir al-Sham) for the past eight years – rebranding the terrorist movement “moderate” Islamists.

To this day, it collaborates with Turkey to protect the thousands of fighters, congregated in the Idlib pocket, from final elimination by the Syrian National Army operating with Russian air support. Indeed, the U.S. has tacitly given its approval to Erdogan to extract many of them before dispatching them to Azerbaijan and Libya.

It has precedent. After all, for a decade Washington has turned a blind eye to Turkey’s critical role in facilitating the transit/organization/supply of ISIS elements into Syria/Iraq and, after their defeat, sheltering substantial numbers before expediting their deployment in Afghanistan where they have provided one of the two key elements in ISIS-K – useful for challenging the Taliban; and, as we’ve seen, remaining a terrorist force to be reckoned with there. Some of those transnational jihadis were allowed to escape from Raqqa by a calculated decision taken in Washington.

How do we explain these contradictions, these self-defeating perverse acts? Realpolitik – Russia in Syria has displaced Islamist terrorism on America’s priority rankings? Heavy pressure by the U.S. long-term ‘partner’ – and by America’s new ‘flame’ in Riyadh? Whatever the mix of proximate motives at play, those actions are at odds with the U.S. original obsession with the threat of Islamist terrorism.

At one level it bespeaks confused thinking and incoherent strategy. At another level, it confirms the dissonant state of the country’s governing elites (and political class, in general) whose obsessive focus on the white whale has so distorted its mind and emotions that the object of its compulsions can shift kaleidoscopically as they blindly seek some target whose destruction will calm America’s inner turmoil.

Thrashing about this way, America is fated to fail – as it already has, ignominiously, four times in the Greater Middle East (five – including the Yemen atrocity). Frustration might lead the U.S. to strike out recklessly – to attack Iran, provoke Russia, confront China. Only humiliation or disaster awaits the U.S if it does. Or, it could recoil upon itself with pent-up emotions, turning Americans against each other, as already has begun to occur.

Vice President Joe Biden gave the game away when speaking at Harvard in October 2014 by candidly taking to task Turkey, SaudiArabia and the UAE for their aid and support of the jihadi groups in Syria. He was chastised by President Barack Obama for impetuously telling the truth and, within 48 hours, forced to make public apologies to all three governments.