The mass murder of Americans on Sept. 11, 2001, spawned a larger tragedy for others, writes Mitchell Zimmerman. 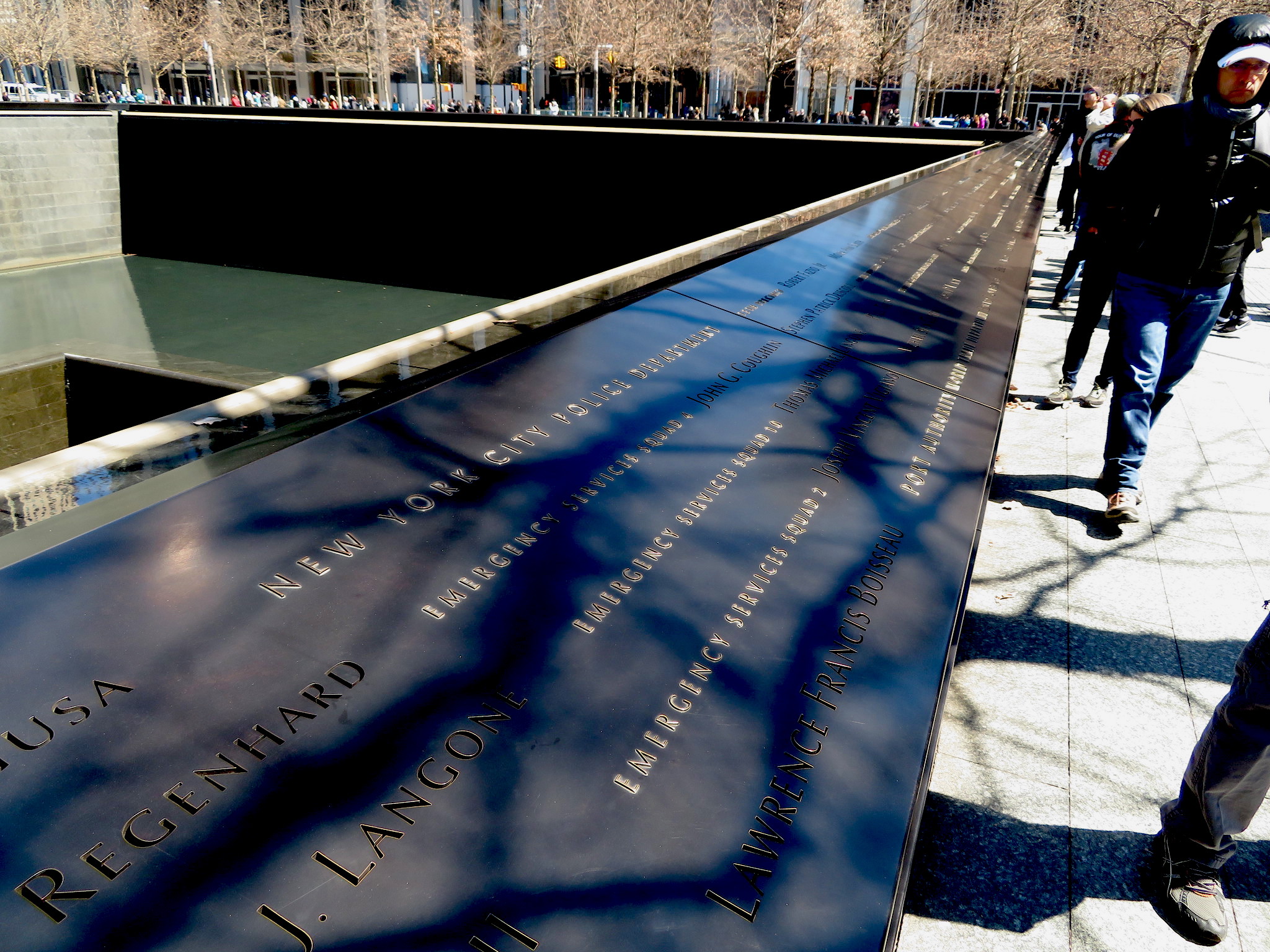 Few who offer their prayers this September in the hallowed plaza where the Twin Towers once stood will be aware that the Sept. 11 memorial echoes a 1987 Holocaust “counter-memorial” in Kassel, Germany.

Like the U.S. memorial, the German monument consists of a hollow in the shape of what had once been there, into which water flows. But the scope of the remembrances evoked by the two memorials are revealingly different.

Americans want only to recall their own innocent dead and to honor them. Unlike the Germans, they spurn acknowledging the evils done in their name that came to be intertwined with their losses, the catastrophe inflicted on other innocent nations.

In 1939, the Nazis destroyed a 40-foot pyramidal fountain in Kassel, Germany, because it had been built by a Jew, the entrepreneur Sigmund Aschrott. The elimination of “the Jews’ Fountain” was soon followed by the elimination of Kassel’s 3,000 Jews themselves.

Forty-five years later it was proposed to rebuild the fountain. But simply rebuilding the original fountain would have erased the memory of its destruction. So artist Horst Hoheisel designed a new fountain: “a mirror image of the old one, sunk beneath the old place in order to rescue the history of this place as a wound and an open question.”

It’s part of the way Germans have accepted responsibility for the crimes of the Nazi era. The small monument conjures the sadness of loss, and the responsibility of a people for acts that can never be made right.

The mass murder of Americans, the crime of Sept. 11, 2001, spawned a larger tragedy for others. Treating the 9/11 “war on terrorism” as license for war on Afghanistan as well as on Iraq, our government invaded both countries, overthrew their governments and occupied them.

Far-seeing people like Rep. Barbara Lee warned that war on Afghanistan was the wrong response to the 9/11 attacks, and they were right. But using the attacks as a pretext to attack Iraq was arguably even more absurd and criminal.

“In the weeks immediately after 9/11,” Bush White House anti-terrorism adviser Richard Clarke confirmed, the president told “the Pentagon to prepare for the invasion of Iraq… Even though they knew at the time from me, from the FBI, from the CIA, that Iraq had nothing to do with 9/11.”

As a delegation of British allies of the U.S. secretly reported to their government before the invasion, “the intelligence and facts were being fixed around the policy” of going to war.

Even by relatively conservative estimates, America’s post-9/11 wars have caused nearly a million deaths. They’ve also made millions of refugees and inflicted malnutrition, birth defects, and other health disasters on generations of children in Iraq and other war zones.

It would represent no insult to the memory of the innocents murdered in America, 20 Septembers ago, were Americans to acknowledge and memorialize the carnage and catastrophe their military unleashed in other countries. To the 9/11 memorial, America should add a wall on which are engraved the names of the million innocent men, women and children slain in those futile wars.

I don’t think that’s likely anytime soon, but the proposal may be useful. As Hoheisel says, “That’s how a counter-monument works. People get angry, they write letters, but you have a discussion. Out of this void, the history begins to come out.”

Mitchell Zimmerman is an attorney, longtime social activist, and author of the anti-racism thriller Mississippi Reckoning.

This op-ed was distributed by OtherWords.org.

← A Doctor’s Poem from the Frontlines of the Pandemic
9/11: America’s Moby Dick →