The more than 400 signatories include former heads of state, politicians, intellectuals, scientists, members of the clergy, artists, musicians and activists. 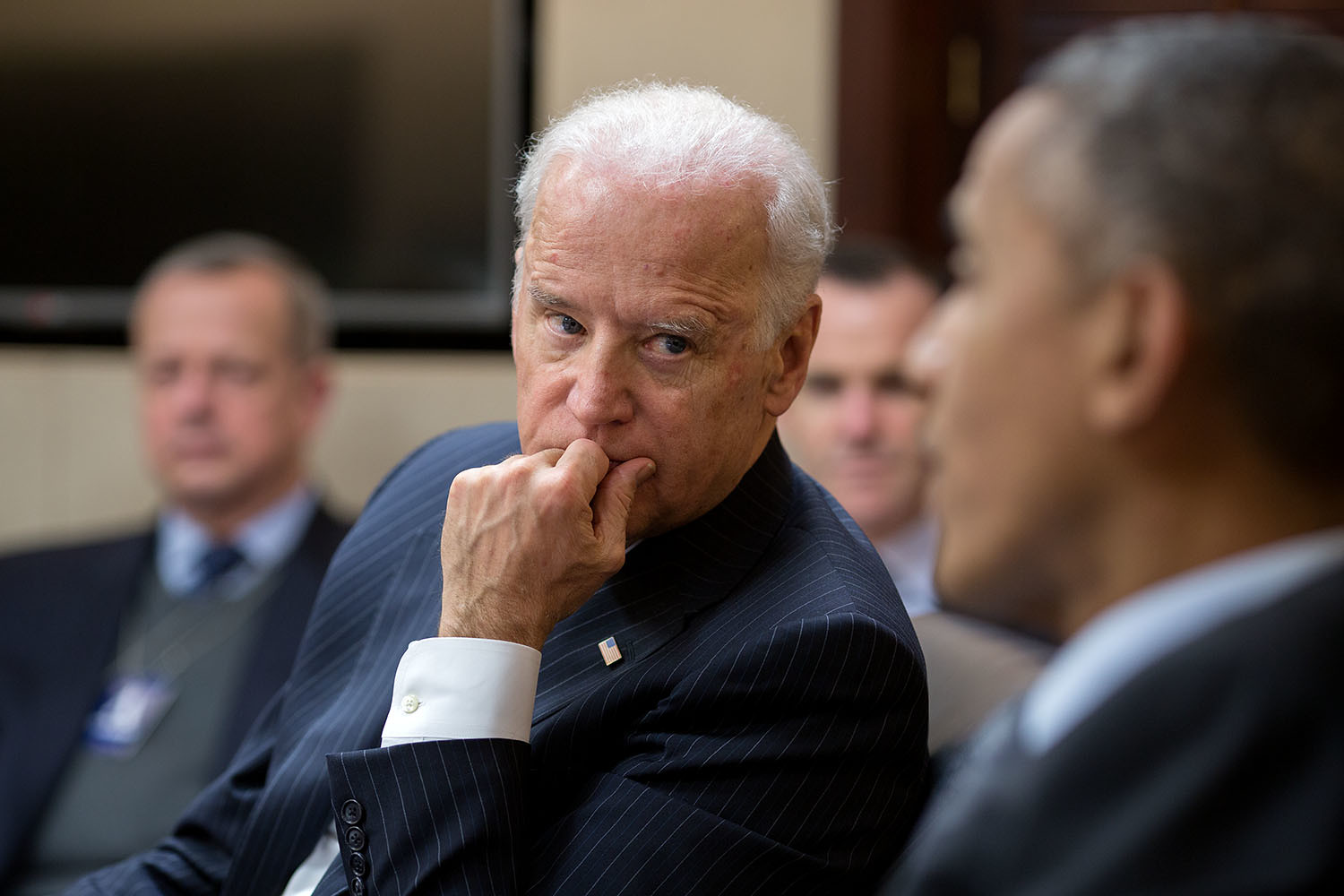 Over 400 former heads of state, politicians, intellectuals, scientists, members of the clergy, artists, musicians and activists from across the globe have issued an urgent appeal to United States President Joe Biden to lift the 243 unilateral coercive measures that were imposed on Cuba by former president Donald Trump. They argue that these measures “have intentionally throttled life on the island and created more suffering.”

The open letter also points out that the majority of world leaders have, for the last 30 years, taken to the United Nations General Assembly to call on the U.S. to take immediate action to end its six-decade embargo of Cuba.

According to official reports, between April 2020 and December 2020, the blockade caused losses of $3,586.9 million to Cuba. These, including the losses of the previous period, amount to a total of $9,157.2 million (from April 2019 until December 2020). The humanitarian damage, suffering and shortages caused to Cuban families during all these years are immeasurable.

During the Obama administration, in which Joe Biden served as vice president, tremendous strides were made to ease tensions and open-up relationships between the United States and Cuba. Cuba was removed from the U.S. State Sponsors of Terrorism list, a diplomatic relationship was resumed with the establishment of embassies in both countries, trade and economic agreements were made and restrictions on U.S. tourism to the island were also eased. Former President Donald Trump’s entry into the White House saw a reversal of many of these important advances and an intensification of the economic embargo. 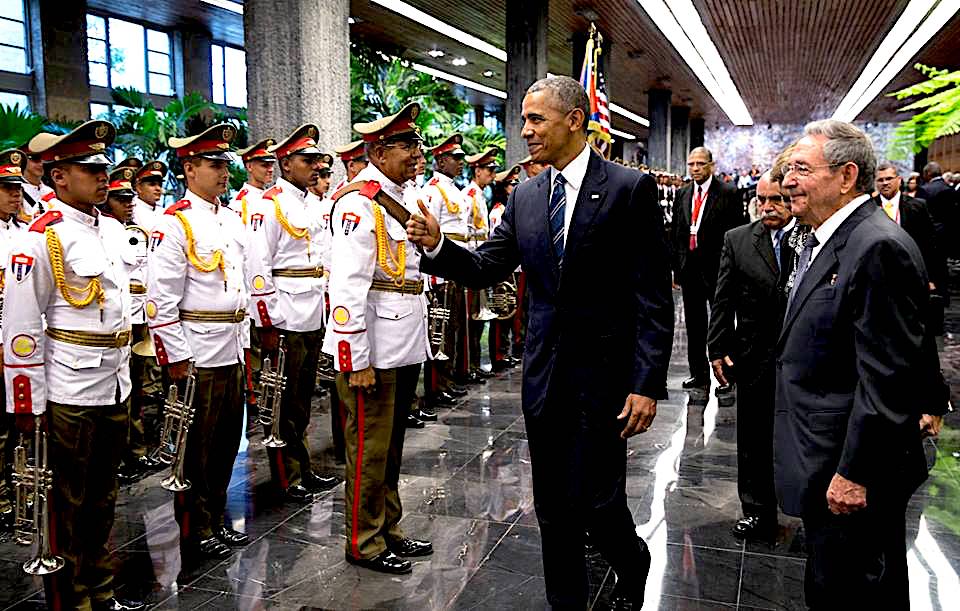 Barack Obama, center, and Raul Castro, right, at the Palace of the Revolution in Havana, 2016. (White House, Pete Souza)

The signatories of the open-letter call on Biden to reverse the damage made by Trump to U.S. relations with Cuba and to continue on the path to normalization to prevent the suffering of the Cuban people.

What is happening in Cuba?

The island has become the focus of U.S. domestic and foreign policy discourse following unprecedented protests organized on July 11. The protests saw hundreds take to the streets to raise their complaints over electricity cuts and shortages of medicine and food. Like most countries across the world, Cuba’s economy has been hit hard by the Covid-19 pandemic, especially considering that tourism makes up a crucial part of their economic activity.

The small-scale protests received immediate attention from Cuban government officials who not only addressed their demands in speeches and national addresses on television, but also went to the streets to speak to the people and hear about their difficulties.

However, longtime far-right opposition activists took advantage of the situation to call for regime change and even U.S. military intervention to “save” Cuba. Carefully planned social media campaigns were activated and the hashtag #SOSCuba became a trending topic internationally for several days accompanied often by false information about the Cuban government assassinating, torturing, and jailing activists (claims which independent journalists on the ground as well as authorities have debunked). 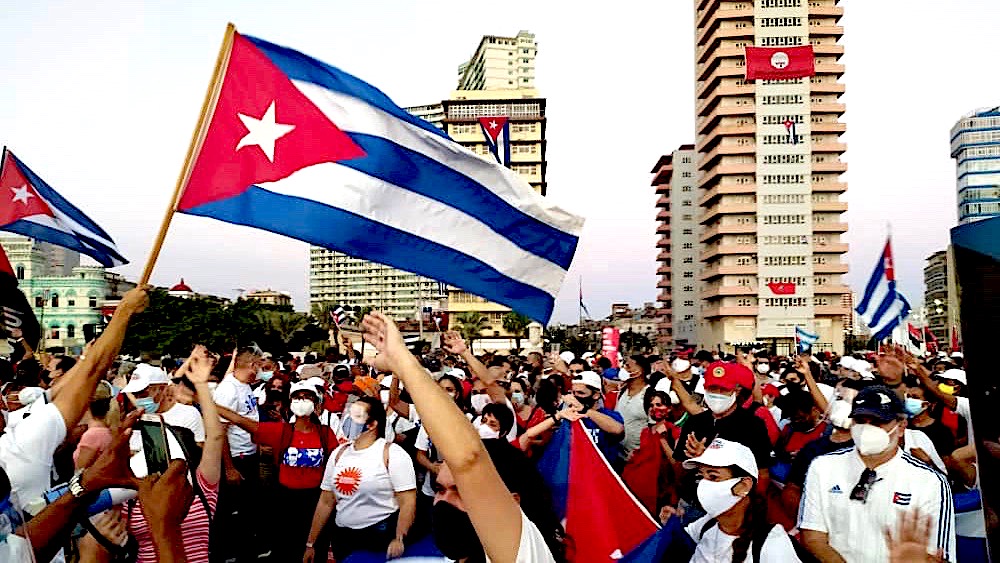 Cubans demonstrating in support of the revolution. (Minrex)

Amid the media campaign against Cuba and the revolution, tens of thousands across the island participated in mobilizations in defense of the government and the revolutionary project. Internationally, people’s movements and civil society organizations also rallied in defense of Cuba. Many highlighted that despite the economic embargo, Cuba has developed five anti-Covid-19 vaccines and has sent medical professionals to more than 50 countries to support their efforts to prevent the spread of the virus and treat those infected.

U.S. politicians on local and national levels were quick to respond to the situation. Far-right and centrists politicians have taken to social media platforms and news outlets to denounce the “communist dictatorship” and voice support to the “struggle for liberty.”

When it comes to Cuba, it's not complicated.

Unfortunately, the Biden admin has been lukewarm at best. pic.twitter.com/ByPITr4ZPL

President Joe Biden also released a statement in this context declaring that “We stand with the Cuban people.” The more than 400 signers of the open letter say if Biden and the US stand with Cuba, “we ask you to immediately sign an executive order and annul Trump’s 243 ‘coercive measures.’”

Read the letter organized by The People’s Forum, CODEPINK, and the ANSWER Coalition.