The Hufcor plant in Janesville, Wisconsin, was profitable before investors gobbled it up, writes Elisa McCartin. The “Stop Wall Street Looting Act” might put an end to such predatory practices. 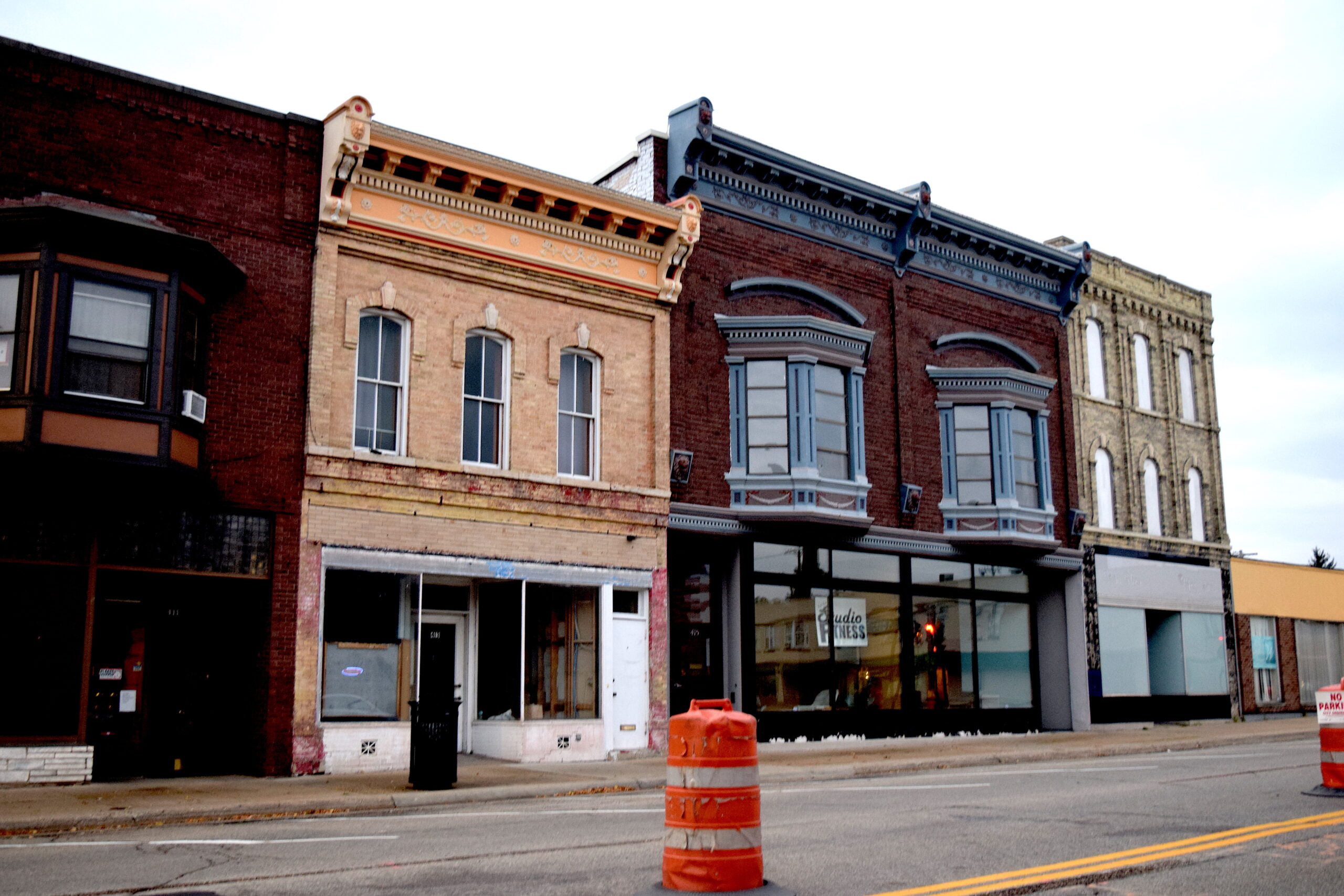 This spring, 166 workers in Janesville, Wisconsin awoke to a nightmare.

OpenGate Capital, the private equity firm that owns their employer, Hufcor, announced it was moving their plant out of Janesville — taking those workers’ jobs and livelihoods with it. It’s the biggest business closure in Janesville since the Great Recession.

This isn’t just another story about corporate globalization or pandemic upheaval. It’s a story about predatory private equity run amok.

In too many cases with private equity, big firms acquire businesses and squeeze them for cash, routinely causing bankruptcies. OpenGate Capital, a Los Angeles firm that amassed $5 billion in revenue during its first decade in business, has run exactly that playbook in Janesville since acquiring Hufcor in 2017.

Hufcor, a market-leading producer of accordion-style doors and mobile room partitions, was profitable when OpenGate bought it. It maintained operations during the worst of the pandemic and even advertised $16 hourly wages and generous benefits as recently as January 2021. OpenGate is moving the plant to Mexico anyway.

While Janesville was once a manufacturing hub, it has experienced the devastating consequences of unfettered corporate greed. “What makes Janesville special in a lot of people’s minds is that we really had the real glory years here,” former state senator and activist Tim Cullen said. “But the fact is that we’ve lost those jobs and nothing has replaced them.”

OpenGate has a history of buying companies only to close operations shortly thereafter, leaving communities across the country in the lurch. 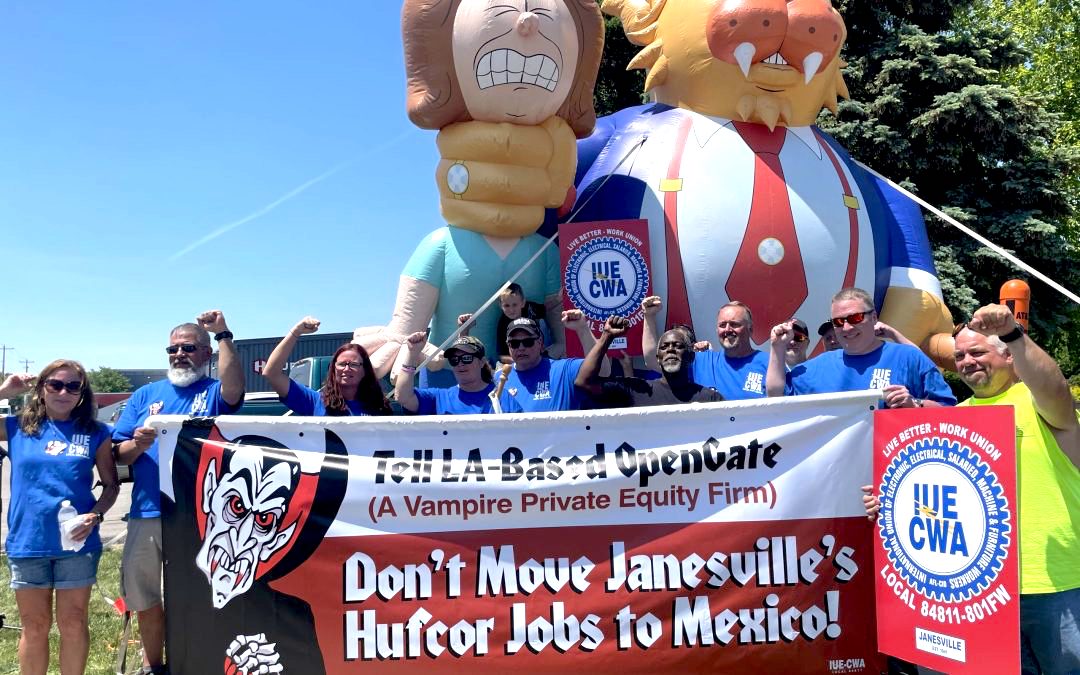 To date, OpenGate has laid off 678 California workers from the Pennysaver classified ad magazine, 100 Wisconsin workers at its Golden Guernsey dairy plant, 140 employees of the Connecticut boxboard company Fusion Paperboard, and nearly 200 employees in Texas, Arkansas, and Wisconsin, who worked for the laboratory furniture company Hamilton Scientific.

The firm faced six different lawsuits after abruptly laying off Pennysaver employees in the middle of a work day and failing to give workers their final paychecks. A court-appointed trustee also sued OpenGate for siphoning money from Pennysaver through a variety of shady tactics.

Similarly, employees at Golden Guernsey learned their company was closing when they showed up to work only to find the doors locked. And the firm shut down its Fusion Paperboard plant just three years after acquiring it — and only a few months after entering into a six-year contract with the local steelworkers union. 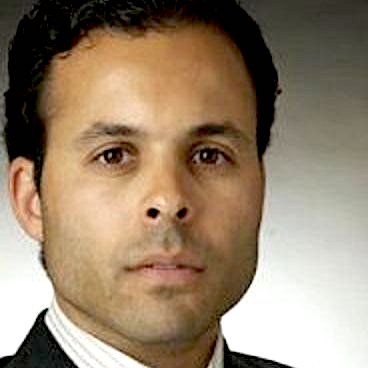 Even as hundreds of American workers have suffered from OpenGate’s schemes, Andrew Nikou, the OpenGate founder and CEO, has not faced any meaningful financial or social consequences for repeated business failures at the hands of his firm. Instead, he sits on numerous boards — and he’s even been in talks about a reality TV show built around his private equity business.

Hufcor employees, Janesville residents, and union organizers have rallied against OpenGates’ greedy and exploitative practices. At their side are elected officials who know that the whole country needs tough measures to reform private equity.

“We need to take legislative action in Congress to rip up the predatory playbook that these private equity firms use to leave workers with nothing but pink slips and lost livelihoods,” Sen. Tammy Baldwin of Wisconsin wrote.

Baldwin was a co-sponsor of the Stop Wall Street Looting Act, the first major effort to reform the private equity sector, in the last Congress. It would curb the industry’s worst abuses and prioritize people, not private equity profits.

Unless there is a new push to pass this law, Hufcor employees won’t be the last to suffer at the hands of private equity and its ruthless profiteering.

Elisa McCartin is an executive fellow at Americans for Financial Reform. This op-ed was adapted from TakeOnWallSt.com