In the eighth and final part of this series, a look at the significance of Mike Gravel reading the Pentagon Papers in Congress.

This is Part 8 of Consortium News’ multi-part series on the 50th Anniversary of the late Sen. Mike Gravel obtaining the Pentagon Papers from Daniel Ellsberg and the consequences Gravel faced for revealing the top secret documents in Congress, just hours before the Supreme Court decided the case on June 30, 1971, a half century ago today.

In Part One, Gravel brought the Papers to Capitol Hill to make them public by reading them into the Congressional Record. In Part Two, Gravel gets the papers from Ellsberg through an intermediary. Part Three tells the story of Gravel’s emotional reading of the Papers. In Part Four, the Supreme Court decision to vacate the government’s prior restraint opens new legal jeopardy. In Part Five,Gravel makes the risky move to have the Pentagon Papers published outside Congress at Beacon Press in Boston. In Part Six Gravel takes his case against Nixon to the U.S. Supreme Court, where Nixon has also sued Gravel. In Part Seven, the Supreme Court delivers its verdict in the case of Gravel v. the United States.

Part Eight: Why Gravel Did It

The significance of my Supreme Court case for today could not be greater. In April 2007, Senator Dick Durbin of Illinois, the Democratic Whip, made an extraordinary statement on the Senate floor. It’s directly related to my case, though Durbin probably doesn’t know it. It is worth quoting at length:

I was angry about it. Frankly, I couldn’t do much about it. Because you see in the Intelligence Committee we were sworn to secrecy. We can’t walk outside the door and say, ‘The statement made yesterday by the White House is in direct contradiction to classified information that’s being given to this Congress.’ We can’t do that. We couldn’t make those statements.”

Durbin is dead wrong. If his staff had only researched my case he could have indeed walked out that door and onto the Senate floor and spoke his mind about the lies the administration were weaving about Iraq. Had he and other Senators done so, a catastrophe may have been averted. Instead, as Durbin said: “In my frustration, I sat here on the floor of the Senate,” where he could have been speaking, “and listened to this heated debate about invading Iraq, thinking the American people are being misled, they are not being told the truth. And that’s why I joined 22 of my colleagues in voting no. I didn’t feel at the time that the American people knew the real facts.”

If only Durbin had realized his rights and dared to act. 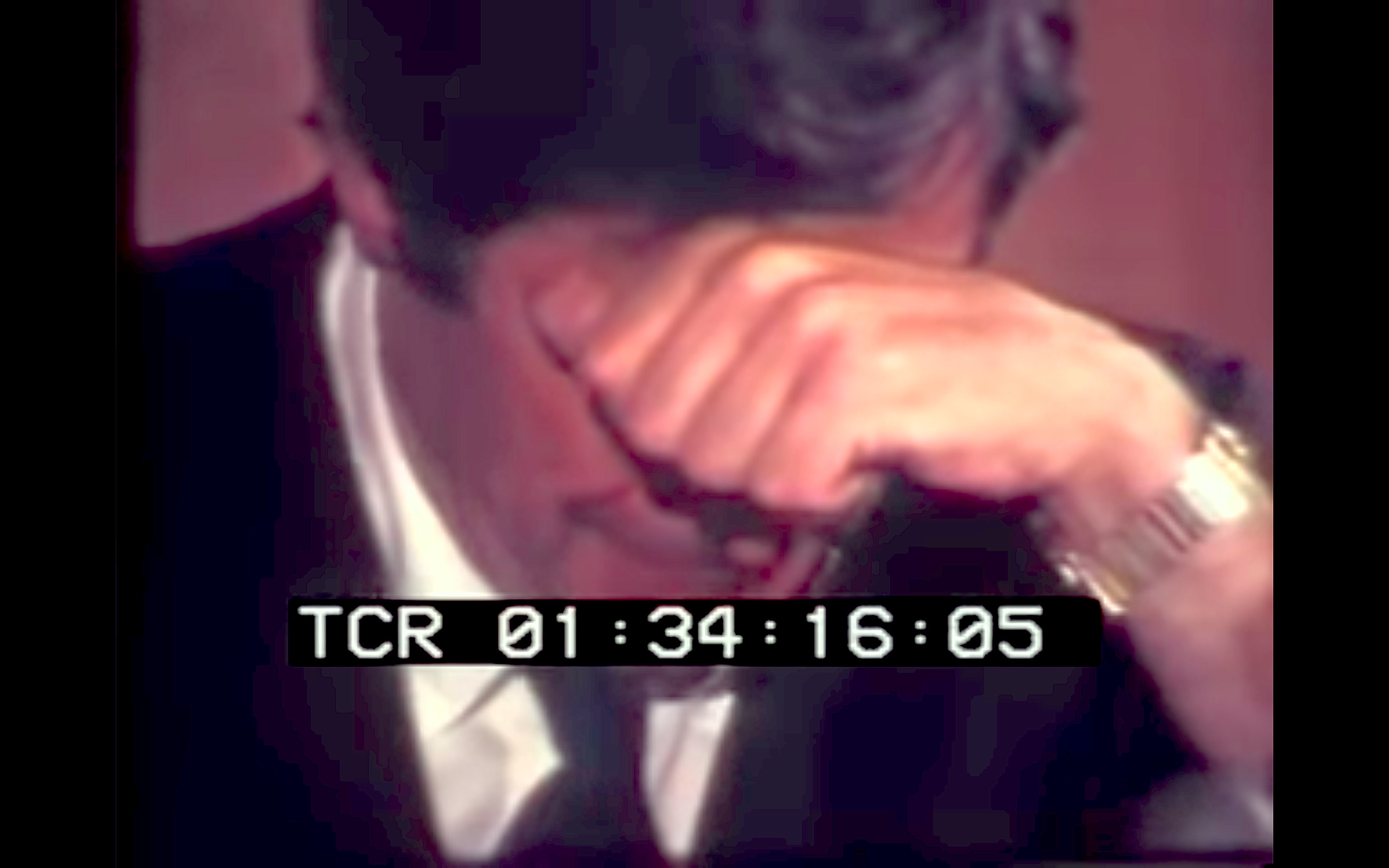 People still ask me today why I risked making the Pentagon Papers public. I tell them I hate unjust war and would do anything to stop it. I hate secrecy in government, which is unnecessary 80 percent of the time. The Constitution mentions secrecy once and it refers to Congress, not the Executive: “Each House shall keep a Journal of its Proceedings, and from time to time publish the same, excepting such Parts as may in their Judgment require Secrecy.” (Article 1, Section 5)

For the most part, government officials classify information “secret” because they screwed up and need to cover their butts. It was especially unconscionable if the screw-ups led to millions of deaths, the chemical defoliation of rain forests and billions of dollars of someone else’s property obliterated. It rarely has anything to do with the security of the nation. The term “national security” which has been so bandied about especially since the Nixon era is a canard. It really depends on whose security we’re talking about. Mostly it’s job security for government officials and politicians.

By releasing the Papers I made moot the Supreme Court ruling later that day in The New York Times case. I also took the risk to support Dan Ellsberg, who was a hunted man.

What I did in the short-term I believe helped turn the country against the Vietnam War. But long-term, what has it changed? Secrecy and militarism still rule. We’ve always been a warring nation. We shed blood to free ourselves from a secretive and authoritarian monarchy. The Union was kept together through war and our territory and interests have expanded behind our advancing armies. Our fabulously wealthy businesses need global resources, cheap labor and consumer markets. Oil lubricates their system and our armed forces protect it.

Executive-run militarism has grown since Alexander Hamilton’s Federalist faction in the Adams administration unconstitutionally established a standing army of 20,000 men in 1799. It was done over the objections of some legislators who quoted the decade-old Constitution that said only Congress, not the Executive, had the right to raise an army.

American militarism grew with succeeding wars and was fully institutionalized after the Second World War, a just victory that I believe, however, carried the seeds of America’s descent. Sixty years ago an undamaged and suddenly wealthy America stood at a crossroads overseeing a devastated world. The powerful arms industry that grew up during World War II and which pulled us out of the Depression, would not relinquish its lucrative position after the war. It stimulated a Cold War when I believe diplomacy would have been the better course. 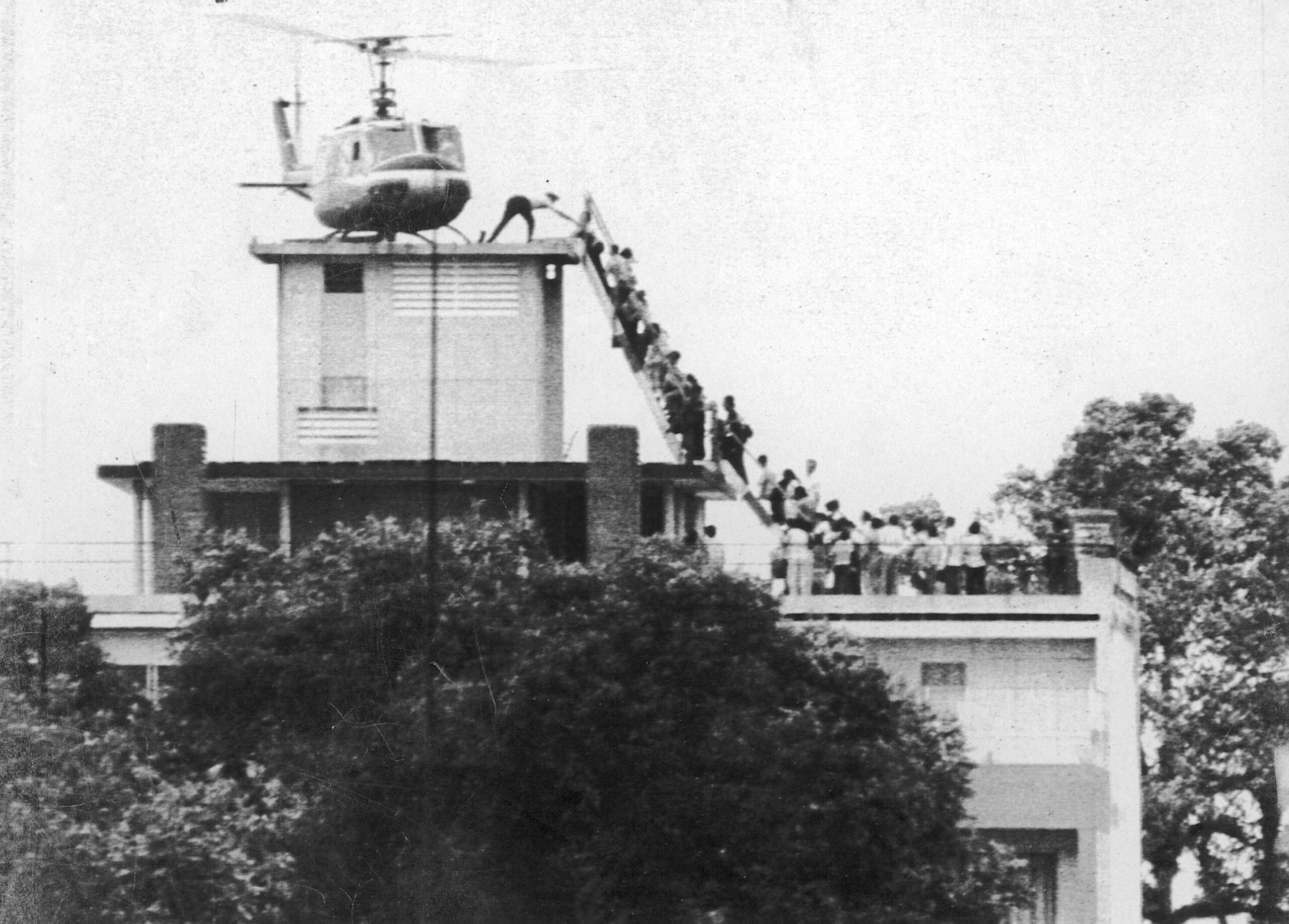 CIA officer helps evacuees up a ladder onto an Air America helicopter at 22 Gia Long Street in Saigon on April 29, 1975. (Hubert van Es/Wikipedia)

America’s loss to the wretched people of Vietnam, including indigenous people wielding spears and shields around Khe Sanh where we threatened a nuclear strike, was probably the most important lesson our leaders could ever have learned.

They thought about it for a while. Military adventures were put on hold. The warmongers were on the defensive. America then went through a seven-year period of national self-examination while I was in the Senate, from 1973 to 1980. Who were we as a people? What were we really doing to the world with our tremendous wealth and power?

In this short window, we had Congressional commissions looking into assassinations and past abuses of the C.I.A. Could we imagine that today? If not it’s because the resurgent militarists declared the “Vietnam Syndrome” over, as Ronald Reagan swept to power in a restoration. He tripled the debt pumping up the military establishment to a level not seen since World War II. George H.W. Bush then invaded Panama and bombed Iraq. They were back in business.

Twelve years later George W. Bush’s administration revived some of the same motives and deceptions that I read out loud about on that lonely and frightening night in June 1971. Bush has enmeshed the United States in a Vietnam-sized military disaster, the consequences of which are still unfolding. The lessons of Vietnam were buried with the thousands of soldiers who’ve given their lives in Iraq fighting for reasons far different from what they were told.

“Beautiful ideals were painted for our boys who were sent out to die. This was the ‘war to end wars.’ This was the ‘war to make the world safe for democracy.’ No one told them that dollars and cents were the real reasons. No one mentioned to them, as they marched away, that their going and their dying would mean huge war profits. No one told these American soldiers that they might be shot down by bullets made by their own brothers here. No one told them that the ships on which they were going to cross might be torpedoed by submarines built with United States patents. They were just told it was to be a ‘glorious adventure.’”

3 comments for “Revealing the Pentagon Papers in Congress — 8: Why Gravel Did It”