In part six of this eight-part series, Sen. Mike Gravel takes his case against President Richard Nixon to the U.S. Supreme Court, where Nixon has also sued Gravel.

This is Part 6 of Consortium News’ multi-part series on the 50th Anniversary of the late Sen. Mike Gravel obtaining the Pentagon Papers from Daniel Ellsberg and the consequences Gravel faced for revealing the top secret documents in Congress, just hours before the Supreme Court decided the case on June 30, 1971.

In Part One, Gravel brought the Papers to Capitol Hill to make them public by reading them into the Congressional Record. In Part Two, Gravel gets the papers from Ellsberg through an intermediary. Part Three tells the story of Gravel’s emotional reading of the Papers. In Part Four, the Supreme Court decision to vacate the government’s prior restraint opens new legal jeopardy. In Part Five,Gravel makes the risky move to have the Pentagon Papers published outside Congress at Beacon Press in Boston. 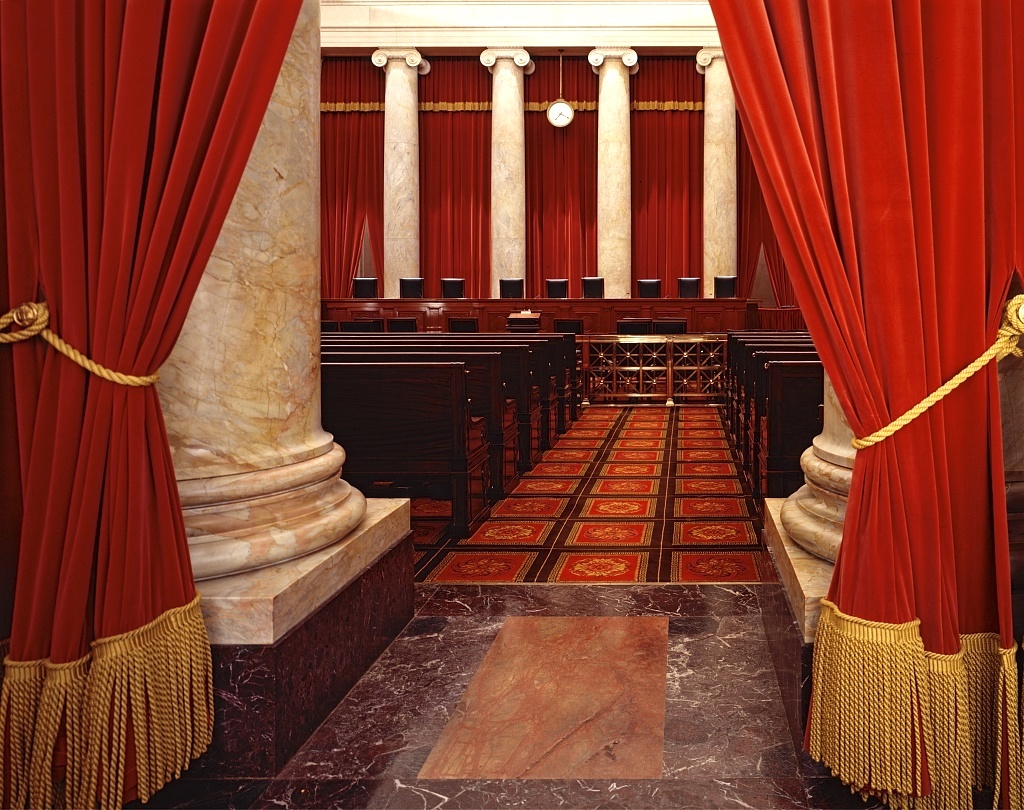 My gut was tight as a knot. The oral arguments began before the Supreme Court on April 19, 1972. I fidgeted in my seat in the audience in the first row with my wife and two young kids. I could see our legal team sitting in front of me: Robert Reinstein and Chuck Fishman. A young Alan Dershowitz sat next to them, representing Beacon. Twenty-four Ionic columns of Italian marble surrounded us below white friezes encircling the chamber. I gazed up at the Justices arrayed in black high before me on their imposing, mahogany bench, under a 44-foot ceiling. Behind them were red satin curtains and four marble columns. A huge black and white clock hung from above.

Two new Justices had joined the Court since the New York Times ruling: Hugo Black and John Harlan left in September 1971. Nixon replaced them with Lewis Powell and William Rehnquist. This did not bode well for a case in which I was suing Nixon and he was suing me. I brought with me to the Court that day a growing reputation for challenging unbridled Executive power. Now I was doing it before the highest court, in its neo-classical temple directly across the street from the office building where 10 months earlier I had read the Papers into the record. 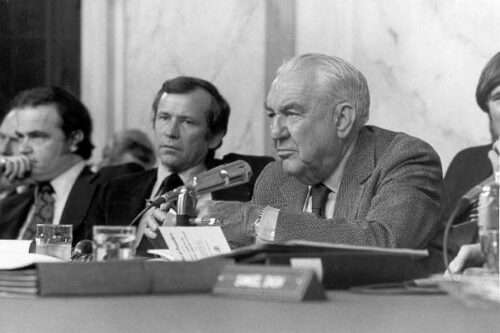 For the first time in history, the U.S. Senate represented itself in the Supreme Court chamber. Two senators I didn’t particularly get along well with led it: Sam J. Ervin, the North Carolina Democrat and William Saxbe, a Republican from Ohio. They were there solely to preserve the independence of Congress from interference by the other branches. They both made it clear they weren’t there to defend me, or my cause.

“Senator Saxbe and I do not hold a brief for Senator Gravel. We appear here solely on behalf of the United States Senate. The Senate takes the position that the Speech or Debate clause … says in effect to the other branches of the government—the executive branch and the judicial branch—‘You must keep off this legislative grass.’”

It was a glorious spring morning in Washington. There was not yet a hint of the oppressive summer to come. “I use this expression,” Ervin drawled, “because I was impressed by the greenness of the grass as I came over to the Court this afternoon.”

The rotund senator, who had opposed civil rights legislation but would shortly endear himself to the public as the down-home chairman of the Judiciary Committee during Nixon’s impeachment hearings, said:

Known for his one-liners, Ervin’s most memorable one that afternoon was: ”One of the most timid creatures I’ve ever met are legislators.” He said the speech and debate clause shielded members of Congress from Executive or judicial intimidation. Legislators can cope with criticism from constituents and the press, Ervin said.

“But I don’t know anything that would come nearer to scaring a poor Senator or poor Representative to death than to have either the executive branch … with all of the might which the executive branch possesses, or the judicial branch, with all of the respect which the judicial branch enjoys as an impartial body, holding a senator or Congressman accountable.”

Ervin gave us an unexpected assist by telling the Court in no uncertain terms that it was wrong for the Executive to intimidate Beacon into divulging how it obtained the Papers.

Saxbe, who really loathed me, pulled no punches. He next approached the lectern to tell the Court:

“Our brief is filed on behalf of Congressional privilege. It is not a defense of Senator Gravel or his aide. It is specifically not a defense of their conduct. Many senators, including myself, feel that the junior Senator from Alaska deeply abused the rules of the Senate. We feel strongly that his actions, while possibly adhering to the letter of the rules, certainly violated the spirit of them. Senator Gravel’s actions were reprehensible. I am in agreement with every senator who thinks he did an outrageous thing. But I believe it is for the Senate to decide whether he is punished.”

Saxbe suggested that the Senate, but no other branch, could investigate who gave me the Papers. He even said the Senate could turn me in if it determined I’d committed a crime. Saxbe was engaging in fantasy. The Senate never investigated me.

LISTEN to the oral arguments of that day.

Now it was our turn at bat. Reinstein, our lead lawyer, approached the bench. He steadily explained what was at stake. “What we have here is a member of Congress who has information critical of Executive conduct in foreign policy, making that available to the people of the United States through the holding of his subcommittee and through the publication of the material,” he told the Justices. “This is exactly the kind of conduct that falls within the mainstream of the hardcore purpose of the speech and debate clause.” 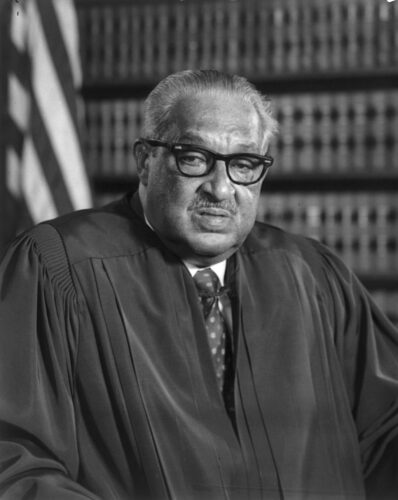 Reinstein argued the clause had been interpreted broadly to include any legislative activity. But was publication by Beacon a legislative activity? This was the heart of the question before the Court. We obviously argued that it was part of the function of a member to inform his constituents. If criticizing “ the Executive about matters of overwhelming public importance” is not protected by the Constitution, Reinstein said, “then the promise of the speech and debate clause … is illusory.”

We went home that night fairly confident we’d made a strong argument. The next morning it was Solicitor General Erwin Griswold’s turn. Griswold, a former dean of Harvard Law School, was an unwavering promoter of Executive power. He rejected that the speech and debate clause had been broadly interpreted to include aides and that publishing with Beacon was a legislative act. Griswold told the bench the clause refers only to Senators and House members—not their aides—and should be restricted purely to the acts of speeches and debate. “This case does not involve any fair application of the speech or debate clause,” he said.

A grand jury was investigating the “receiving of stolen property,” Griswold went on, and, “There is no reason why Dr. Rodberg or anyone else should have a privilege to refuse to respond to questions relating to those matters.”

Justice Thurgood Marshall then leaned forward to ask Griswold: “Am I correct in saying that you wouldn’t be able to question the Senator as to where he got the papers from?”

“Mister Justice we are not able to question Senator Gravel about anything in so far as it relates to speech or debate.”

“But you do say that you could ask the secretary where he got them from?”

Griswold said: “There may well be the crime of the receipt of stolen property and other charges and the duty of the Executive is to inquire into it.” Rodberg himself could be prosecuted, he argued, if a crime was committed. “It may be that he did not commit a crime but that his evidence would lead to someone else who committed a crime,” Griswold said, a clear reference to Ellsberg—Nixon’s obsession.

Griswold then zeroed in on Beacon’s publication six months earlier, which he claimed was not a protected legislative act. “The speech or debate clause has nothing to do with re-publication,” he told the Justices. “The Pentagon Papers … have not been published by the Congress and Senator Gravel has caused them to be published elsewhere, which I contend is not protected by any conception of the speech or debate clause.”

Griswold wrapped up his argument:

“Mr. Justice, …we are trying to explore … whether there was any crime committed in connection with the publication of these materials. And we are trying to obtain evidence on that subject. … The speech has been made, the presses have rolled and the question now is what are the consequences of that. We believe we are entitled to the evidence of these persons who have been subpoenaed in this case.”

Chuck Fishman then addressed the court for us. He said there was a long history of privately published Congressional committee reports. What we had done was nothing new. “The fact that Senator Gravel went to Beacon Press rather than the Government Printing Office makes no difference,” Chuck said. “Indeed, the Solicitor General does not argue that it does.”

Had the GPO printed it, the Executive would be conducting the exact investigation, he said. Rodberg could be questioned about anything he did before we hired him and got immunity, Chuck said. We didn’t know it at the time, but that may have forced Rodberg to testify about Ellsberg since he got the Papers from him before we hired him.

The arguments were over. The Supreme Court found itself in the middle of a royal dispute between the other two branches. Its decision more than two months later would have consequences down to the invasion of Iraq.

Tomorrow: The Supreme Court issues its decision on whether Gravel is criminally liable for publishing the Papers as a book.

2 comments for “Revealing the Pentagon Papers in Congress — 6: Going to the Supreme Court”