Caitlin Johnstone thinks it would be more honest for Biden to appoint the CEOs and boards of corporations to cabinet posts, rather than their lobbyists. 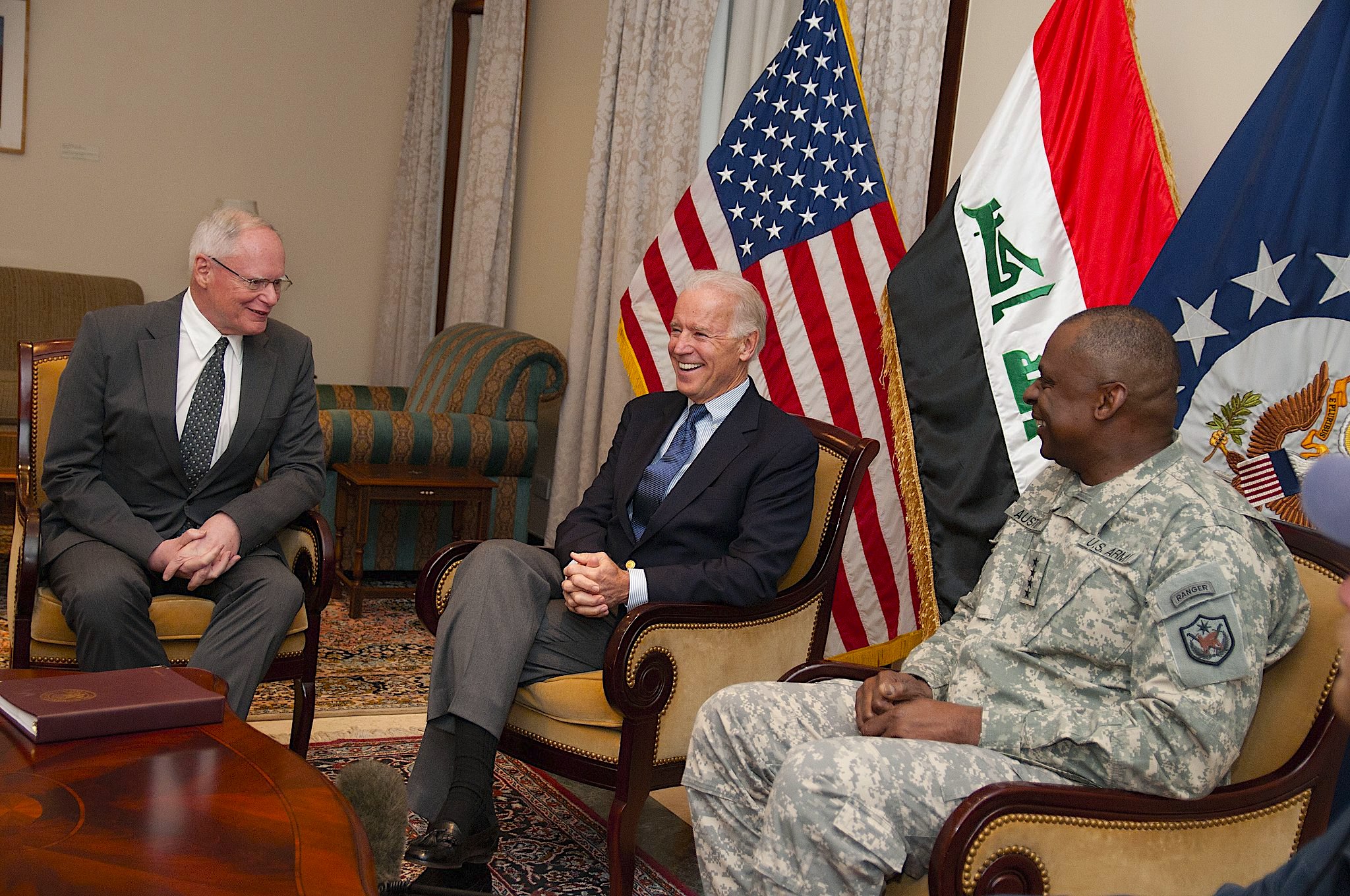 Joe Biden has selected former general Lloyd J. Austin III to be the next secretary of defense, assuaging fears among antiwar activists that the position would go to bloodthirsty psychopath Michele Flournoy as commonly predicted.

As has become the standard ritual for Biden’s cabinet picks, the mass media are holding a parade to celebrate the fact that Austin would be the first Black chief of the U.S. war machine while virtually ignoring the murderous agendas he has facilitated throughout his career.

As head of Central Command Austin actively campaigned to resurrect the Pentagon’s spectacularly failed program of trying to arm “rebels” in Syria to fight ISIS, and in 2014 he backed immunity for U.S. troops from war crimes prosecutions by the government of Afghanistan.

He helped spearhead the Iraq invasion, and he is a member of the same private equity fund which invests in defense contractors as Flournoy and Biden’s warmongering pick for Secretary of State Tony Blinken.

Austin is also a member of the board of directors for the war profiteering corporation Raytheon, where he went immediately after his military career. Raytheon spends millions of dollars a year actively lobbying the U.S. government to advance policies which are beneficial to the multibillion-dollar arms manufacturing giant, which of course means lobbying for military expansionism and interventionism. The previous Secretary of Defense Mark Esper also worked for Raytheon, working for years as one of the top corporate lobbyists in DC under the position “Vice President for Government Relations“.

And you know what? I say why not.

Seriously, why not? Why shouldn’t the head of the U.S. murder machine come from a corporation which has made billions of dollars facilitating war crimes in Yemen? Why shouldn’t the most depraved and bloodthirsty regime on this planet have its depravity and bloodshed advanced by a professional war profiteer? The mass military slaughter of the U.S. and its allies has only ever been about power and profit, so why not be honest about it?

The person Biden has reportedly picked to lead the Department of Defense is on the board of Raytheon, a key sup­pli­er of bombs to the U.S.-Saudi war in Yemen that has lob­bied aggressively in opposition to curbs on arms sales to the Sau­di-led coali­tion. https://t.co/vAVTwIRp8S pic.twitter.com/IfmCiEpTRr

It’s absolutely insane that our world is being dominated by war profiteers who actively push for more violence and bloodshed because they make money selling the weapons used to perpetrate it.

It’s no less evil than if plutocrats were cruising the world murdering people and selling their skins for money; the same number of people would be killed for the same profit incentive, yet people who would recoil in horror at that idea pay no mind to the fact that functionally the same thing is happening with corporate powers like Raytheon.

The only difference between the U.S. war machine and a band of armed crooks murdering people for money is that the U.S. war machine does it at a far greater scale. As long as that’s going on there’s no reason to pretend otherwise. Hopefully people start looking past the smiley faced mask of the empire and begin opening their eyes to the blood-spattered face beneath it.