A dark secret behind the Hiroshima bomb is where the uranium came from, a spy-vs.-spy race to secure naturally enriched uranium from Congo to fuel the Manhattan Project and keep the rare mineral out of Nazi hands, reports Joe Lauria. 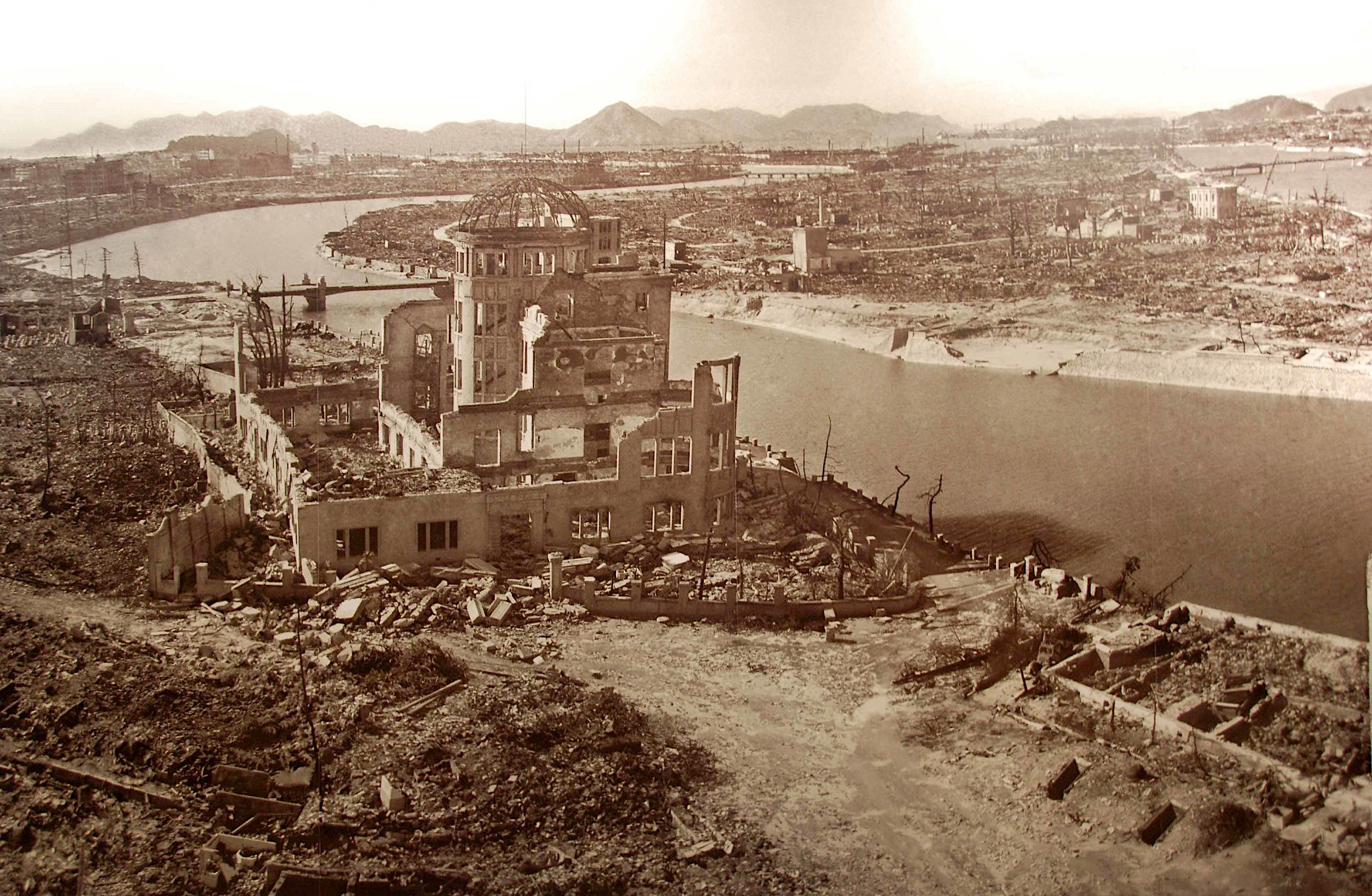 Since the first use of a nuclear weapon in Hiroshima 75 years ago today, on Aug. 6, 1945, the story of where the uranium for the bomb came from and the covert operation the U.S. employed to secure it was little known.

That was until the 2016 publication of the book, Spies in the Congo, by British researcher Susan Williams (Public Affairs Books, New York), which unveiled for the first time the detailed story of the deep cover race between the Americans and the Nazis to get their hands on the deadliest metal on earth.

At the outset of World War II, when the U.S. launched the extraordinarily secret Manhattan Project, mines in North America and most of the rest of the world yielded ore with less than one percent uranium, considered inadequate to build the first atom bombs. But there was one mine in the world where, through a freak of nature, the ore yielded up to 65 percent uranium:  Shinkolobwe mine in the present-day Democratic Republic of Congo.

The link between Shinkolobwe and Hiroshima, where more than 200,000 people were killed, was still largely unknown in the West, in the Congo and even in Japan among the few survivors still alive.

Another ignored link is the disastrous health effect on Congolese miners who handled the uranium as virtual slaves of the Belgium mining giant Union Minière, owners of Shinkolobwe in the then Belgian Congo.

Though it turned out the Nazis had not got very far in their quest for the bomb (because of a lack of highly-enriched uranium), the Americans were unaware of that in 1939, and were fearful Hitler would get a nuclear weapon before they did. That would have almost certainly affected the outcome of the war.  As early as that year, Albert Einstein wrote President Franklin D. Roosevelt to indirectly advise him to keep the Nazis away from Shinkolowbe and secure the uranium there for the United States.

Williams’s meticulously-researched and masterfully written book tells the intricate tale of a special unit of the U.S. Office of Strategic Services (OSS), the forerunner of the Central Intelligence Agency,  that was set up to purchase and secretly remove all the uranium from Shinkolowbe that the U.S. could get its hands on. 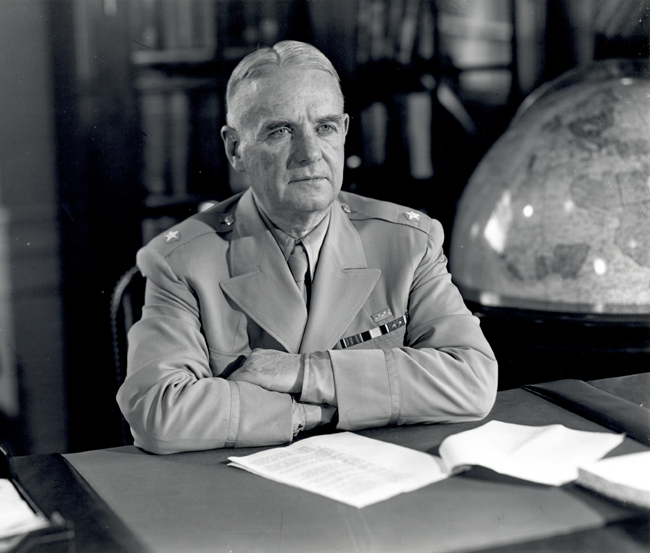 The unit was headed in Washington by OSS Director William “Wild Bill” Donovan and Rud Boulton, head of the OSS’s Africa section. Donovan was obsessed with stopping the Nazis from getting the bomb and mistrustful of Britain’s role in the uranium operation. Britain on the other hand feared the U.S. was trying to take over its West African colonies. Williams tells us that Donovan trained his agents to not only target Nazism but colonialism as well.

The OSS agents used a number of covers, such as ornithologists, naturalists collecting live gorillas, silk importers, and posing as an executive for the Texaco oil company, such as agent Lanier Violett did. This became an issue after Texaco’s president, Torkild Rieber, was forced to resign in 1940 after being exposed as an oil smuggler to the Nazis and hiring Germans who turned out to be spies “using Texaco’s internal communications to transmit intelligence information to Berlin.”

Williams also tells us that the American spies had difficulties operating in French Congo and other colonies under General Charles De Gaulle’s Free French control because the U.S. recognized the Vichy government until the Normandy invasion.

Williams’s real-life spy thriller focuses on a number of OSS agents involved in securing the uranium and stopping the Nazis from accessing the unique mine in Katanga province, a mission so secretive most of the agents involved thought they were preventing diamond smuggling. The few OSS agents who knew it was uranium that the U.S. was after, didn’t know what the ore was for. 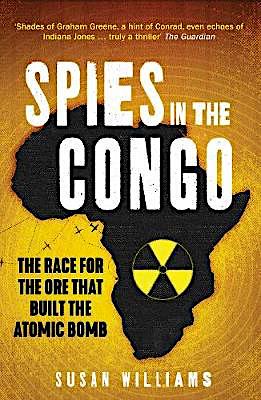 Once such agent, Wilbur “Dock” Hogue, the protagonist of the story, only found out after Aug. 6, 1945, why he had helped uncover Nazi smuggling routes from the Congo and helped spirit uranium out of the country. It was brought by train to Port-Francqui, then on barges down the Kasai to the Congo River to Leopoldville (Kinshasa), where it was reloaded on a train to the port of Matadi.

There the uranium was put on Pan American airplanes or on ships, both bound for New York, where it was unloaded and 1,200 tons stored in a warehouse on the New York City borough of Staten Island. There the uranium remained until it was transported by train to Los Alamos Laboratory in New Mexico, where scientists were developing the bomb.

(The New York site under the Bayonne Bridge still registered radiation levels high enough for the U.S. government to order a clean-up in 2010.)

Williams also reveals that the U.S. mission was complicated by some Belgian officials in the Congo, as well as Union Minière, who cooperated at times with the Nazis to smuggle out some of the lethal ore.  As Williams explains, after the Germans surrendered, the U.S. learned how far from a bomb the Nazis actually were, and after Japan was defeated, learned for the first time that Tokyo also had had a rudimentary nuclear weapons program.

After VE Day, Einstein tried to convince Truman to shut down the Manhattan Project. But it was too late. Though Generals Dwight Eisenhower, Douglas MacArthur and three other senior American military commanders were opposed to using the bomb, Truman dropped it anyway, not to end the war and save lives, as many historians now agree, but to test the weapon and send a message to the world, and especially the Soviets, about America’s coming dominance. 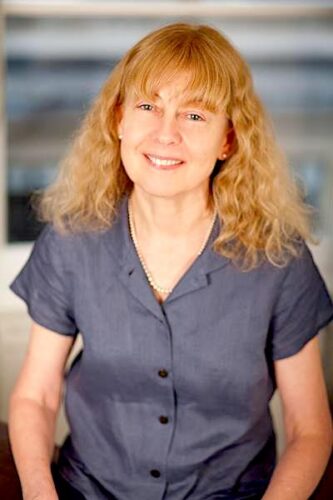 “The Japanese were ready to surrender, and it wasn’t necessary to hit them with that awful thing,” Eisenhower said.

Though OSS agent Hogue did not know what the uranium was for, he knew he was on a highly dangerous mission. Nazi agents three times tried to kill him, with a bomb, a knife and a gun. He survived the war only to succumb to stomach cancer at the age of 42.

As Williams points out: “Risk factors for this disease include exposure to radiation, which explains why atomic bomb survivors in the Second World War were more likely than most people to get stomach cancer.”

Two other of Hogue’s OSS colleagues from the Congo mission also died at very young ages. But Williams’s concern also extends to the Congolese mine workers who handled the stuff for days on end and about which neither Belgium, Union Minière nor the Americans seemed to have the slightest concern.

“Astonishingly, hardly any attention has been paid to the Congolese, not one of whom was consulted about plans to make atomic bombs with Shinkolobwe’s uranium,” Williams writes. “What would have been their reaction, on a moral basis, to the building of such a destructive and terrible weapon with a mineral from their own land?”

“What would be their reaction today, if the disinformation, shadows and mirrors were swept aside and the full history was set out?” she asks. “Nor were the Congolese informed about the terrible health and safety hazards to which they were exposed; they were simply used as workers, as if they had no rights as equal human beings. This was a process for which the US, the UK and Belgium bear a heavy responsibility.”

6 comments for “ATOMIC BOMBINGS AT 75: How US Spies Secured the Uranium for Hiroshima”