Has there been another mutiny in Trump’s White House, as Obama’s former ambassador to Russia piles on the nonsense about Trump being in Putin’s pocket?

Corporate media are binging on leaked Kool Aid not unlike the WMD concoction they offered 18 years ago to “justify” the U.S.-UK war of aggression on Iraq.

Now Michael McFaul, ambassador to Russia under President Obama, has been enlisted by The Washington Post’s editorial page honcho, Fred Hiatt, to draw on his expertise (read, incurable Russophobia) to help stick President Donald Trump back into “Putin’s pocket.” (This has become increasingly urgent as the canard of “Russiagate” — including the linchpin claim that Russia hacked the DNC — lies gasping for air.)

In an oped on Thursday McFaul presented a long list of Vladimir Putin’s alleged crimes, offering a more ostensibly sophisticated version of amateur Russian specialist, Rep. Jason Crow’s (D-CO) claim that: “Vladimir Putin wakes up every morning and goes to bed every night trying to figure out how to destroy American democracy.” 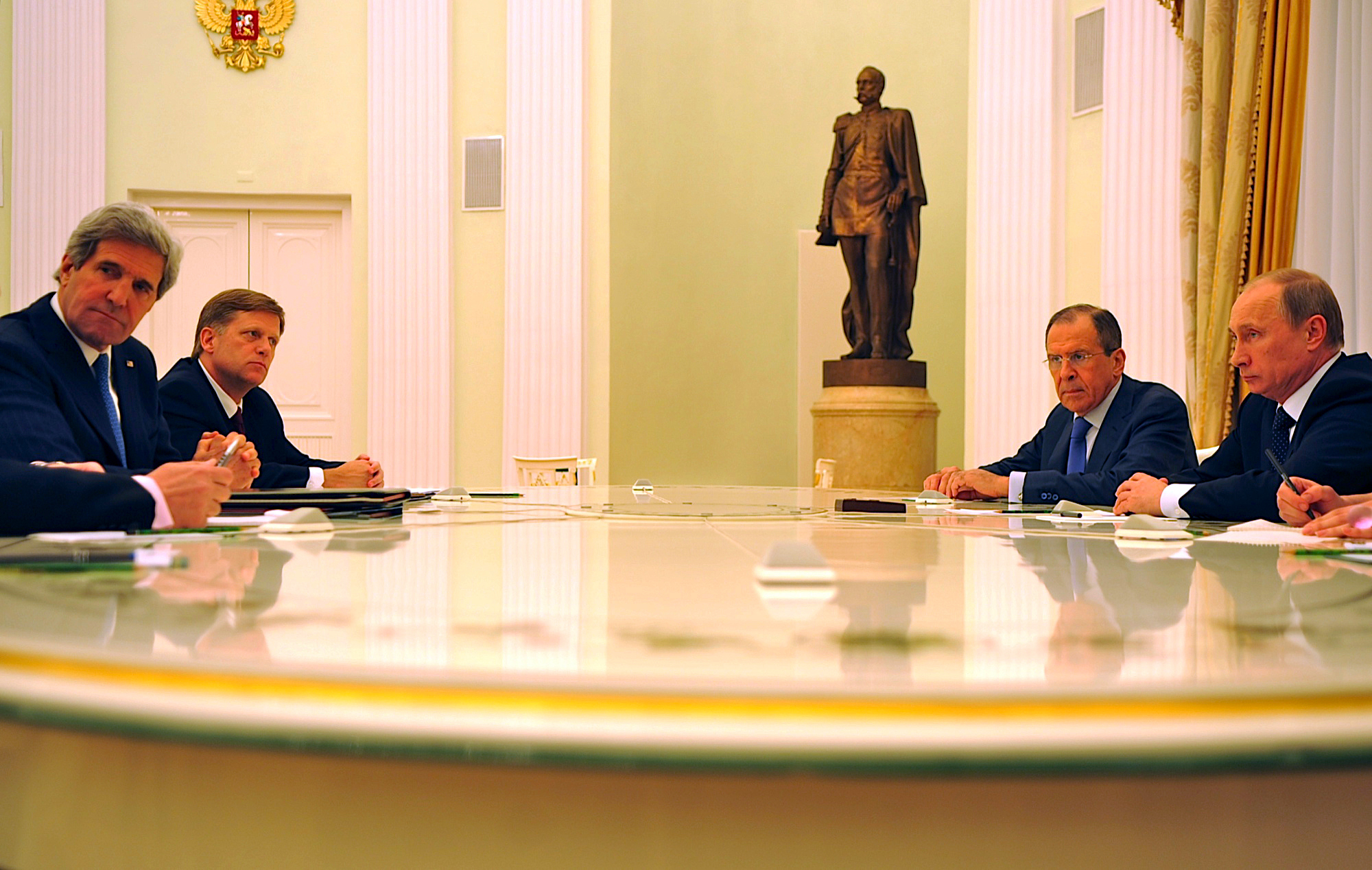 McFaul had — well, let’s call it an undistinguished career in Moscow. He arrived with a huge chip on his shoulder and proceeded to alienate just about all his hosts, save for the rabidly anti-Putin folks he openly and proudly cultivated. In a sense, McFaul became the epitome of what Henry Wooton described as the role of ambassador — “an honest man sent to lie abroad for the good of his country.” What should not be so readily accepted is an ambassador who comes back home and just can’t stop misleading.

Not to doubt McFaul’s ulterior motives; one must assume him to be an “honest man” — however misguided, in my opinion. He seems to be a disciple of the James Clapper-Curtis LeMay-Joe McCarthy School of Russian Analysis.

As a finale, in full knowledge of Clapper’s proclivities regarding Russia, Obama appointed him to prepare the evidence-impoverished, misnomered “Intelligence Community Assessment” claiming that Putin did all he could, including hacking the DNC, to help Trump get elected — the most embarrassing such “intelligence assessment” I have seen in half a century .

Obama and the National Security State

I have asked myself if Obama also had earned some kind of degree from the Clapper/LeMay/McCarthy School, or whether he simply lacked the courage to challenge the pitiably self-serving “analysis” of the National Security State. Then I re-read “Obama Misses the Afghan Exit-Ramp” of June 24, 2010 and was reminded of how deferential Obama was to the generals and the intelligence gurus, and how unconscionable the generals were — like their predecessors in Vietnam — in lying about always seeing light at the end of the proverbial tunnel.

Thankfully, now ten years later, this is all documented in Craig Whitlock’s, “The Afghanistan Papers: At War With the Truth.” Corporate media, who played an essential role in that “war with the truth”, have not given Whitlock’s damning story the attention it should command (surprise, surprise!). In any case, it strains credulity to think that Obama was unaware he was being lied to on Afghanistan. 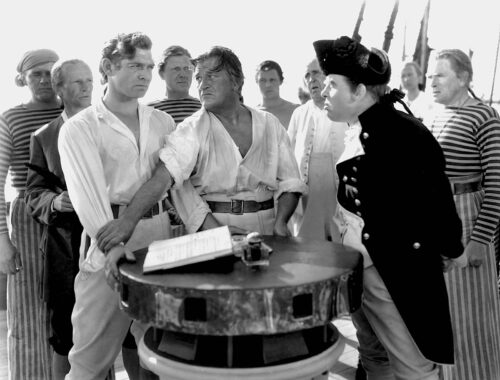 Does no one see the irony today in the Democrats’ bashing Trump on Afghanistan, with the full support of the Establishment media? The inevitable defeat there is one of the few demonstrable disasters not attributable directly to Trump, but you would not know that from the media. Are the uncorroborated reports of Russian bounties to kill U.S. troops aimed at making it appear that Trump, unable to stand up to Putin, let the Russians drive the rest of U.S. troops out of Afghanistan?

Does the current flap bespeak some kind of “Mutiny on the Bounties,” so to speak, by a leaker aping Eric Chiaramella? Recall that the Democrats lionized the CIA official seconded to Trump’s national security council as a “whistleblower” and proceeded to impeach Trump after Chiaramella leaked information on Trump’s telephone call with the president of Ukraine. Far from being held to account, Chiaramella is probably expecting an influential job if his patron, Joe Biden, is elected president. Has there been another mutiny in Trump’s White House?

And what does one make of the spectacle of Crow teaming up with Rep. Liz Cheney (R, WY) to restrict Trump’s planned pull-out of troops from Afghanistan, which The Los Angeles Times reports has now been blocked until after the election?

And who published McFaul’s oped? Fred Hiatt, Washington Post editorial page editor for the past 20 years, who has a long record of listening to the whispers of anonymous intelligence sources and submerging/drowning the subjunctive mood with flat fact. This was the case with the (non-existent) weapons of mass destruction in Iraq before the U.S.-UK attack. Readers of the Post were sure there were tons of WMD in Iraq. That Hiatt has invited McFaul on stage should come as no surprise.

To be fair, Hiatt belatedly acknowledged that the Post should have been more circumspect in its confident claims about the WMD. “If you look at the editorials we write running up [to the war], we state as flat fact that he [Saddam Hussein] has weapons of mass destruction,” Hiatt said in an interview with the Columbia Journalism Review. “If that’s not true, it would have been better not to say it.” [CJR, March/April 2004]

At this word of wisdom, Consortium News founder, the late Robert Parry, offered this comment: “Yes, that is a common principle of journalism, that if something isn’t real, we’re not supposed to confidently declare that it is.” That Hiatt is still in that job speaks volumes.

‘Uncorroborated, Contradicted, or Even Non-Existent’

It is sad to have to remind folks 18 years later that the “intelligence” on WMD in Iraq was not “mistaken;” it was fraudulent from the get-go. The culprits were finally exposed but never held to account.

Announcing on June 5, 2008, the bipartisan conclusions from a five-year study by the Senate Intelligence Committee, Sen. Jay Rockefeller ( D-WV) said the attack on Iraq was launched “under false pretenses.” He described the intelligence conjured up to “justify” war on Iraq as “uncorroborated, contradicted, or even non-existent.” 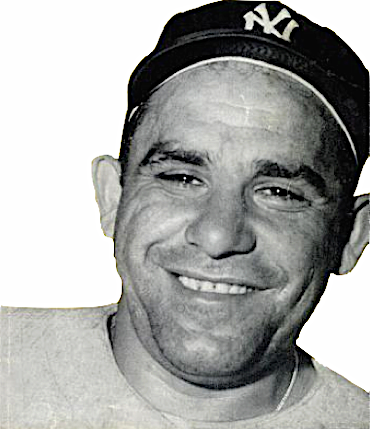 Here’s an assignment due on Monday. Read McFaul’s oped carefully. It appears under the title: “Trump would do anything for Putin. No wonder he’s ignoring the Russian bounties: Russia’s pattern of hostility matches Trump’s pattern of accommodation.”

And to give you a further taste, here is the first paragraph:

“Russian President Vladimir Putin appears to have paid Taliban rebels in Afghanistan to kill U.S. soldiers. Having resulted in at least one American death, and maybe more, these Russian bounties reportedly produced the desired outcome. While deeply disturbing, this effort by Putin is not surprising: It follows a clear pattern of ignoring international norms, rules and laws — and daring the United States to do anything about it.”

Full assignment for Monday: Read carefully through each paragraph of McFaul’s text and select which of his claims you would put into one or more of the three categories adduced by Sen. Rockefeller 12 years ago about WMD on Iraq. With particular attention to the evidence behind McFaul’s claims, determine which of the claims is (a) “uncorroborated”; which (b) “contradicted”; and which (c) “non-existent;” or (d) all of the above. For extra credit, find one that is supported by plausible evidence.

Yogi Berra might be surprised to hear us keep quoting him with “Deja vu, all over again.” Sorry, Yogi, that’s what it is; you coined it.

Ray McGovern works with Tell the Word, a publishing arm of the ecumenical Church of the Saviour in inner-city Washington. During his 27-year career as a CIA analyst, he prepared and briefed The President’s Daily Brief for Presidents Nixon, Ford, and Reagan. He is co-founder of Veteran Intelligence Professionals for Sanity (VIPS).

Please Contribute to
Consortium News on its  25th Anniversary

37 comments for “RAY McGOVERN: Mutiny on the Bounties”