It’s insane that both U.S. mainstream political parties are attacking one another as being far-left extremists because by global standards they are both very much right-wing parties, says Caitlin Johnstone. 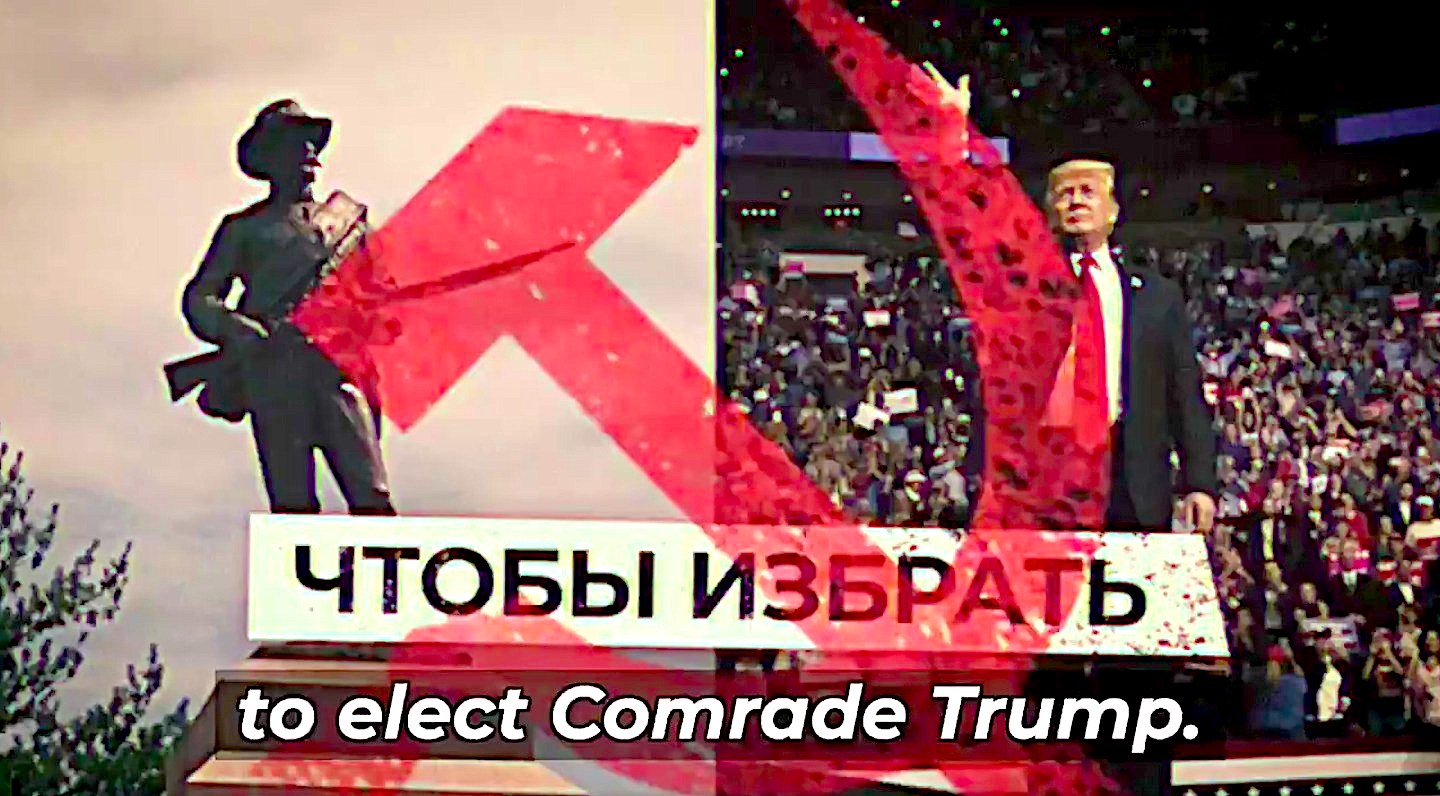 The Biden campaign has a new Spanish-language ad out claiming that President Trump is cut from the same cloth as leftist leaders Fidel Castro, Hugo Chavez, and Nicolas Maduro. This is not the first time the Biden campaign has done this, with the same comparison made to Spanish-speaking voters in Florida ads last month.

The hashtag #ComradeTrump is trending on Twitter as of this writing because a well-funded Super PAC run by never-Trump Republicans put out an appallingly stupid viral video featuring footage of Trump splashed with red hammer-and-sickle symbols interspersed with images of Soviet leaders while an English-captioned narrator gushes about Mother Russia’s support for “Comrade Trump” in Russian. As of this writing the video has over two million views on Twitter alone.

This tactic of negatively associating Trump with communism and socialism, combined with the consistent pattern of attacking the president for being insufficiently warlike, would only work if it was directed at the members of a reactionary, jingoistic right-wing political ideology. And it does work, because that’s exactly the ideology of the Democratic Party.

American soldiers’ lives are in danger and Trump has done nothing to stop it.

Trump, meanwhile, appears to have positioned his entire 2020 campaign around portraying his right-wing opponent as far left, spending the last month tweeting absurd statements like:

You’ve also got cartoonist/MAGA thought leader Scott Adams promoting the increasingly common belief there’s going to be some kind of American Great Purge of Republicans by the radical left Democratic Party, claiming that “If Biden is elected, there’s a good chance you will be dead within the year. Republicans will be hunted.”

Yes Republicans, your very mainstream status quo ideology which challenges power in no meaningful way whatsoever is going to literally get you all murdered.

Not only will Sleepy Joe Biden DEFUND THE POLICE, but he will DEFUND OUR MILITARY! He has no choice, the Dems are controlled by the Radical Left.

So one of the innumerable insane developments of 2020 is that both of America’s mainstream political parties are using different strategies to attack one another as being far-left extremists, which is absolutely bizarre since by global standards they are both very much right-wing parties. Neither party even has any interest in the basic social safety nets that are the norm in other developed nations, let alone wealth redistribution to end economic inequality, and are both as far as you can possibly get from having actual leftist goals like ending capitalism and worker ownership of the means of production.

Whenever I say that America has two right-wing parties I always get Republican victims of the incredible shrinking Overton window sputtering in confusion and outrage because they believe people like Joe Biden, Nancy Pelosi and Chuck Schumer are far far far far far left communists. This is of course a total propaganda construct.

Both parties work to advance the interests of oligarchs, war profiteers and imperialist government agencies in more or less exactly the same way; all they did was shift the spectrum of acceptable debate to issues which powerful capitalists do not care about like gay marriage and unisex public toilets. So now mainstream “conservatives” think leftism means having pink hair and mainstream “liberals” think Trump supporters are useful idiots of the Kremlin, but in terms of actually challenging actual power there’s not a bee’s dick of difference between them.

This dynamic of attacking one another from the right and accusing the other party of being far left of course continues to move the US political spectrum further and further right while killing the possibility of any leftward movement, and that is of course by design.

In a new ad @JoeBiden mixes footage of Black Lives Matter rallies, the COVID-19 outbreak, & scary images of Trump together to declare "Fidel, Chavez, Maduro, & Trump" are cut from the same cloth

Why then has Trump intensified attacks on Cuba & Venezuela during his presidency? pic.twitter.com/1hajo941Z6

Noam Chomsky once said that “The smart way to keep people passive and obedient is to strictly limit the spectrum of acceptable opinion, but allow very lively debate within that spectrum,” and you really couldn’t ask for a clearer illustration of this than the American political uniparty. People are encouraged by establishment narrative managers to squabble about inconsequential nonsense on the periphery with fever pitch intensity, and to never even think about addressing dynamics which would actually inconvenience the powerful like ending militarism, government opacity, or plutocracy.

The Democratic and Republican parties can’t even rightly be called different ideologies; sure they behave a bit differently in the same way a boxer uses his left jab and right cross in different ways, but just like a boxer’s fists they are both used to advance the exact same agenda. In the case of the boxer it’s knocking his opponent senseless, and in the case of the uniparty it’s advancing the interests of oligarchy and imperialism.

That old saying that both parties are just two wings on the same bird is true, but it’s a weird mutant bird with two right wings.