Four major sanctions over 10 months that crippled the Venezuelan economy are hardly indicative of an administration that, in Bolton’s words “vacillated and wobbled,” writes Leonardo Flores. 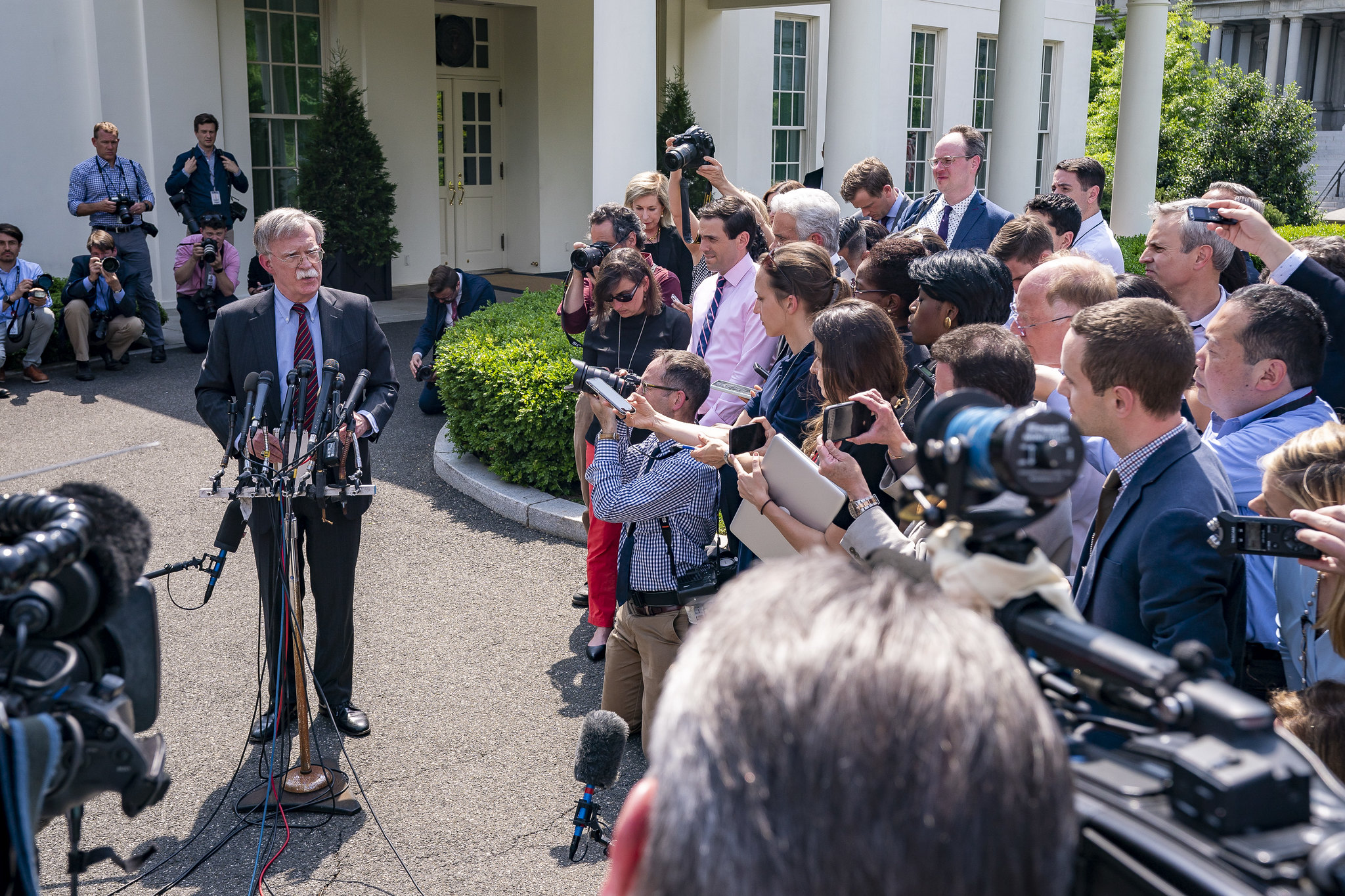 From the first paragraph of “Venezuela Libre,” the ninth chapter of John Bolton’s book, “The Room Where It Happened,” it is obvious that the tale Bolton spins is full of fabrications, half-truths, propaganda and the occasional kernel of truth.

The chapter is a 35-page screed in which the infamous warmonger places blame for the Trump administration’s disastrous Venezuela policy on everyone from Treasury Secretary Steve Mnuchin, to State Department bureaucrats and Secretary of State Mike Pompeo, and, of course, President Donald Trump.

The criticism also extends to opposition figure Juan Guaidó and Colombian President Ivan Duque. Exempt from criticism are the policy’s two architects: Mauricio Claver-Carone (handpicked by Bolton as the National Security Council’s senior director for the western hemisphere) and Bolton himself.

Per Bolton, Venezuelan President Nicolás Maduro remains in power only because the Trump administration lacked the determination to keep the pressure on. He argues that sanctions were neither strict nor swiftly applied.

Yet during Bolton’s tenure, the Trump administration blocked Venezuela’s ability to trade gold, froze the assets of state oil company PDVSA (including U.S. based subsidiary Citgo Petroleum), sanctioned Venezuela’s Central Bank, and imposed an economic embargo. All of this occurred between November 2018 and August 2019, during Bolton’s tenure as Trump’s national security adviser.

Four major sanctions over 10 months that crippled the Venezuelan economy are hardly indicative of an administration that “vacillated and wobbled”, in Bolton’s words.

There was nothing slow about the implementation of these sanctions; they were applied in reaction to events on the ground and designed to cause as much economic damage as possible.

The gold industry sanction came as Venezuela was exporting it to Turkey. The PDVSA sanctions were intended as a death knell for Venezuela’s oil industry, preventing Citgo from refining its oil and sending diluents to process Venezuela’s heavy crude (it was also meant to hand over Citgo and its assets to Juan Guaidó). The Central Bank sanction froze Venezuelan assets abroad, essentially freezing it out of the international financial system and impeding the country’s ability to import goods, including food and medicine.

The August 2019 economic embargo that prevented any U.S. business from working in Venezuela was compared to sanctions “faced by North Korea, Iran, Syria and Cuba” and was announced just as the Venezuelan government and opposition were to engage in talks in Bermuda.

The most useful piece of information to come out of “Venezuela Libre” is Bolton’s assertion that in January 2019, then-UK Foreign Secretary Jeremy Hunt was “delighted to cooperate on steps [the UK] could take, for example freezing Venezuelan gold deposits in the Bank of England.”

Days later, the Bank of England (BoE) froze over $1.2 billion in gold belonging to Venezuela, despite the fact that it is supposed to be an independent institution “free from day-to-day political influence.”

This revelation by Bolton will likely be used in the Venezuelan government’s lawsuit against the BoE. The lawsuit seeks to free Venezuela’s gold in order to transfer it to the United Nations Development Programme, which will purchase food and medical supplies for the country to counter the Covid-19 pandemic.

Bolton even lays out an added benefit of his grim pursuit of sanctions: “central banks and private bankers weren’t looking for reasons to be on the Fed’s bad side,” meaning that they would cease to do business with Venezuela or freeze its assets. Known among sanctions experts as “overcompliance,” Bolton exposes this as a feature, not a bug, of his sanctions regime.

The State Department even boasted of how tough these sanctions were in a since deleted fact sheet, yet if they had been applied all at once — as Bolton presumably wanted, there is no reason to believe regime change would have followed. The Maduro government demonstrated its capacity to adapt to the sanctions, staving off the worst of Covid-19 and, despite the economic devastation, showing economic growth in the fourth quarter of 2019.

In addition to being cruel, the sanctions were counterproductive in terms of their desired goal to have the population rise up against the government. One survey found that 82 percent of Venezuela reject the sanctions, and even the country’s most prominent opposition pollster admitted that the majority of Venezuelans “strongly reject the general, economic, oil and financial sanctions that affect the population.”

At the risk of praising Bolton, he at least remains honest about the sanctions. While the State and Treasury Departments routinely insist the sanctions only affect Venezuelan government insiders, Bolton admits “the harm [they] would cause the Venezuelan people.” 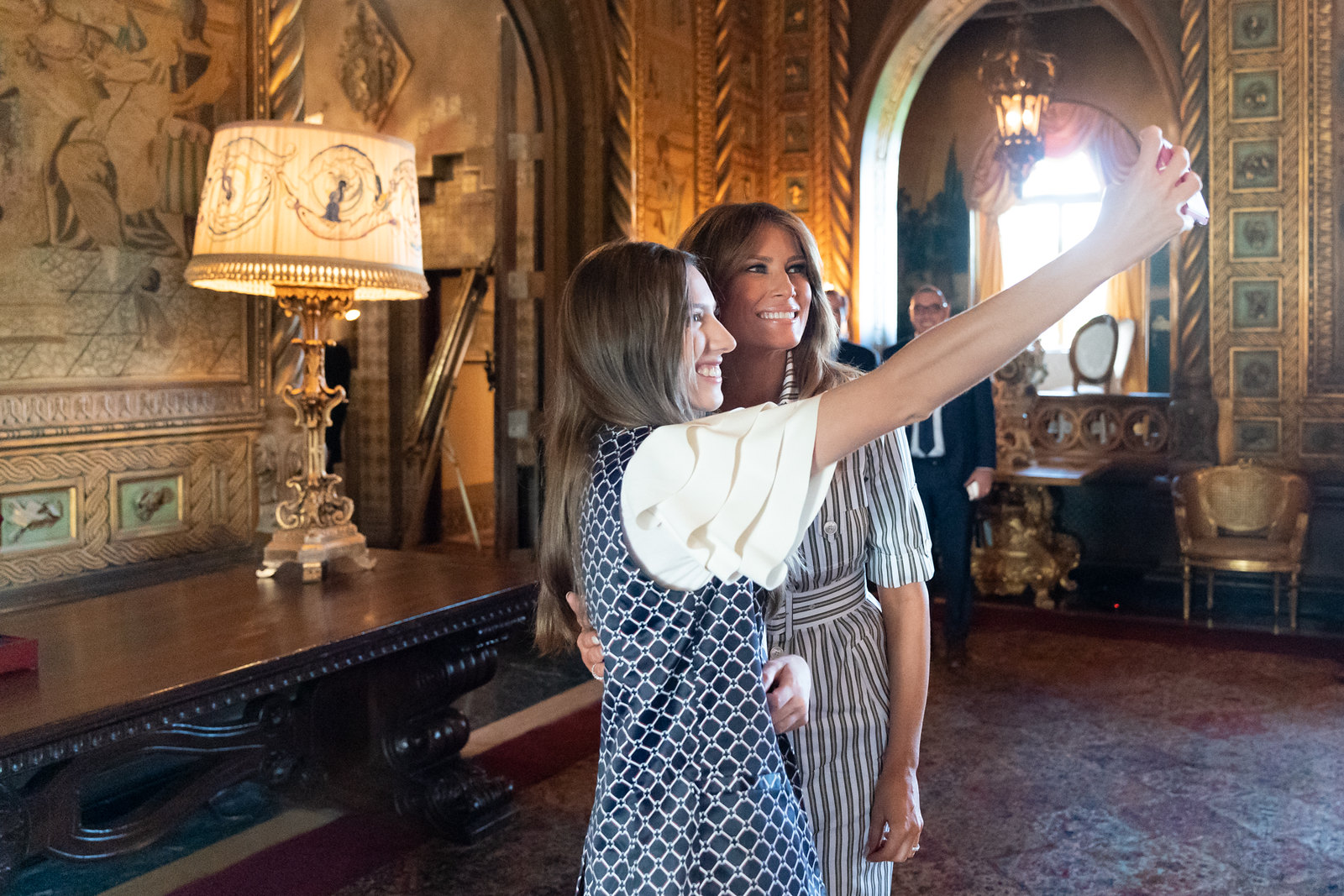 It wasn’t just the sanctions that were counterproductive from the perspective of the White House. The military threats, attempted coups and provocations also helped unite Maduro’s base. While Bolton laments Trump’s fixation on military threats and his calls for the Pentagon to draw up plans for an invasion, it wasn’t because the notorious hawk suddenly developed dovish sensibilities, rather it was because of the “inevitable congressional opposition” and his belief that regime change would not require U.S. troops.

Bolton dedicates a substantial portion of the chapter to detailing the events of Guaidó’s April 30 coup attempt, still believing that they were so very close to achieving their goals that day.

Bolton and the White House thought they had convinced Defense Minister Vladimir Padrino López to defect, along with other key figures, including the head of Venezuela’s Supreme Court. They did not defect. Instead, the coup fizzled within hours and all Guaidó managed to do was look foolish as he and around a dozen soldiers briefly took over a highway overpass.

In the media, Bolton insisted that Padrino López betrayed the coup plotters at the last minute, but everything indicates that Bolton “got played,” as  Trump put it in June 2019, when he was reported – not for the first time – to have lost interest in Venezuela.

He certainly got played by Fabiana Rosales, Guaidó’s spouse, who appealed to Bolton’s vanity by claiming that the Venezuelan government is “most afraid when John Bolton starts tweeting.” Bolton brags about his tweets and stunts (like when he flashed a notepad with “5,000 troops to Colombia” scribbled on it during a press conference), but these were used as propaganda to solidify the Maduro government’s base.

To wit, in January 2019, Venezuela’s civilian militia had under 2 million members; today, that same militia has over 4 million enlisted. Bolton, with his constant tweeting about Venezuela and to Venezuelan officials, as well as his history of warmongering, did much more to make Venezuelans believe the U.S. might invade than Trump’s own threats.

Bolton’s hubris has long been known, but what’s rather stunning about the Venezuela chapter is his poor analysis of the situation and (willful?) ignorance of facts. Delving into all of Bolton’s lies and misstatements would take another thousand words, but here are three of the many examples. 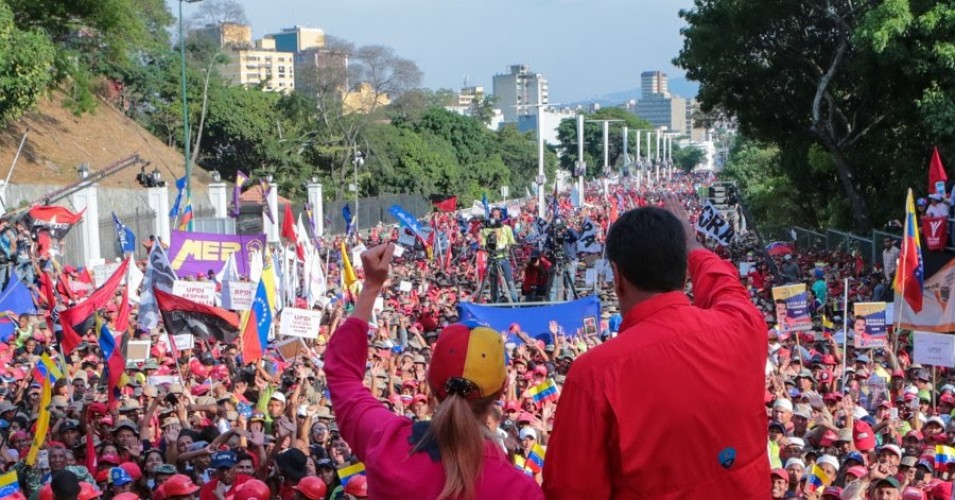 President Nicolás Maduro addressed hundreds of thousands of supporters on May 1, 2019, a day after Guaidó’s attempted coup.

He writes that President Maduro was “held under the tightest security for several days… [and] remained invisible, not coming out in public” after the April 30 coup. Yet the photo above shows Maduro addressing tens, if not hundreds, of thousands of supporters on May 1.

Bolton claims that government supporters burned humanitarian aid trucks on Feb. 23, despite the many reports that came out proving the opposition itself had burned the aid. He cites The Daily Mail in claiming that National Constituent Assembly President Diosdado Cabello sent his children to China on Feb. 23, yet they appeared live in Caracas on Venezuelan television four days later.

The White House is caught in an echo chamber, believing the very propaganda it seeds in the mainstream media. Ironically, propagandist-in-chief Trump, as quoted by Bolton, appears to be closest to breaking out of the information bubble. Here are a few of Trump’s quotes in Bolton’s chapter “Venezuela Libre”:

Of course, Trump isn’t immune to propaganda, claiming that Venezuela “is really part of the United States” – a damning statement of Bolton’s beloved Monroe Doctrine.

In another turn of irony, the best analysis of the situation in Venezuela in “The Room Where It Happened” comes from Russian President Vladimir Putin, which Bolton dismisses as a “brilliant display of Soviet-style propaganda.” Putin concludes that the White House’s policy has strengthened Maduro, offering the massive May Day rallies in support of the Maduro government as evidence. Apparently, the Russian president was the only person offering Trump an alternative perspective on Venezuela.

Perhaps the biggest takeaway from Bolton’s “Venezuela Libre” chapter is that he and others in the administration dissuaded Trump from engaging in dialogue with the Venezuelan government. Unfortunately, even with Bolton gone from the White House, other actors continue to influence Trump in the same way.

On June 19, in an Axios interview, Trump expressed a willingness to meet with Maduro and once again expressed skepticism of Guaidó. He retracted his remarks the day after they were published, following pressure from the media, Florida politicians and presidential candidate Joe Biden, who predictably tried to outflank Trump from the right.

As Bolton put it, “support on both sides of the aisle for [the] hard line in Venezuela was almost uniform.” Regardless of who wins in November, there appears to be little hope for lifting the cruel sanctions, if even suggesting dialogue is akin to a third rail in American politics.

Yet in Venezuela there is a sense of hope that cooler heads will prevail, as moderates are breaking off from the hardline opposition, negotiating with the government and preparing for upcoming legislative elections.

Bolton’s book, and his time in office, proves that the United States – try as it might – is no longer capable of imposing its will. Hopefully, both that chapter of history and Bolton’s career have finally come to an end.

This article is fromCommon Dreams.