Obama’s recent glowing comments about the 43rd president surely came as a shock to anyone who still has a functioning memory of the Bush years, writes Nat Parry. 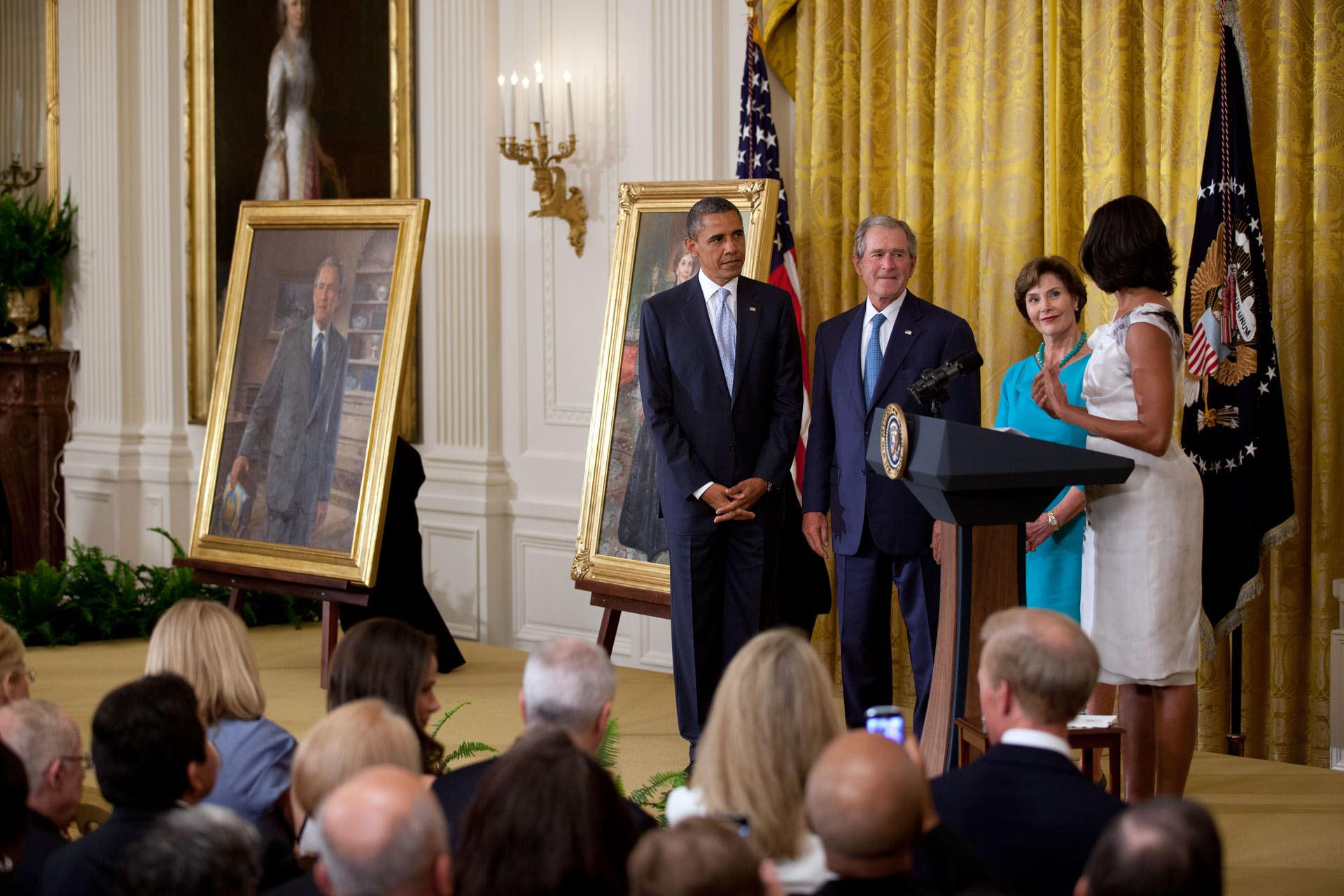 The liberal rehabilitation of George W. Bush is now virtually complete, with his successor Barack Obama declaring this week that the 43rd president was committed to the rule of law, despite all evidence to the contrary. In an online fundraiser for presumptive Democratic nominee Joe Biden Tuesday night, Obama stated that Bush “had a basic regard for the rule of law and the importance of our institutions of democracy.”

Obama, who ran for president in 2008 with promises to restore habeas corpus and uphold the rule of law, went on to claim that when Bush was president, “we cared about human rights” and were committed to “core principles around the rule of law and the universal dignity of people.” 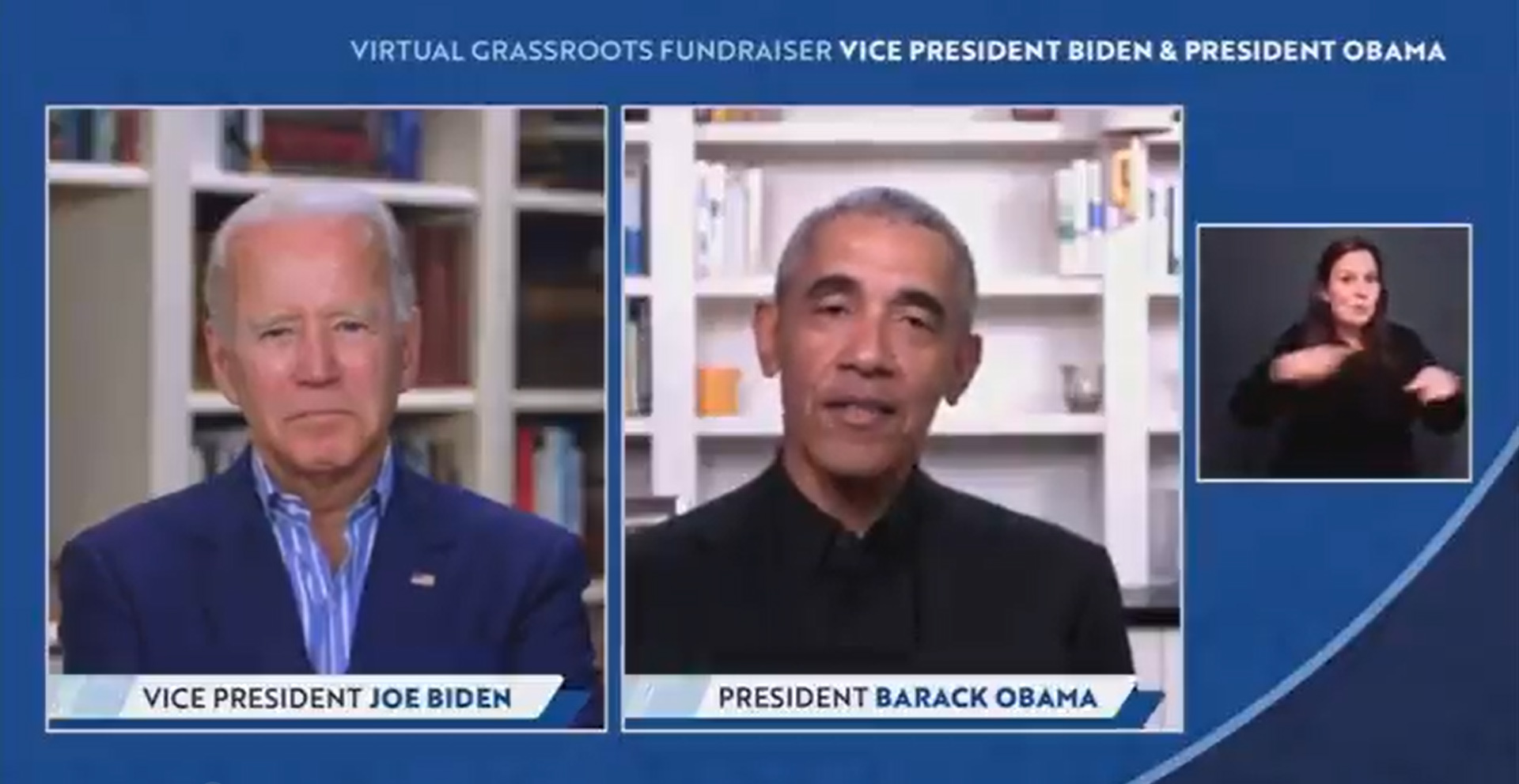 Obama’s comments surely came as a shock to anyone who still has a functioning memory of the Bush years and hasn’t succumbed entirely to the effects of Trump Derangement Syndrome. Rather than being a champion of democratic principles, when Bush left office, he left behind a shameful legacy of upended human rights norms including due process and the legal prohibition against torture.

If 2008 Obama could speak today with 2020 Obama, he might remind himself that Bush had started a “dumb war” in Iraq in violation of the UN Charter, launched a warrantless surveillance program of Americans and that he had established a penal colony in Guantanamo Bay, Cuba, in violation of the Geneva Conventions.

As Obama himself said in said in 2013, during the Bush years, “we compromised our basic values – by using torture to interrogate our enemies, and detaining individuals in a way that ran counter to the rule of law.” 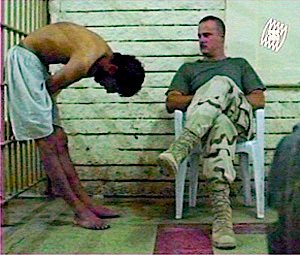 U.S. sergeant interrogates a detainee at Abu Ghraib prison in Iraq who is chained to his cell wall in a distressing position. (U.S. Government)

At the heart of Bush’s approach to the “rule of law” was the rejection of any independent court evaluation of its detentions. Without judicial review, the U.S. government didn’t need to present any evidence to show that a person actually had ties to Al Qaeda or was otherwise guilty of a crime. The Bush position also held that once designated as Al Qaeda members, individuals have no legal protections against torture.

He dismissed provisions of the Geneva Conventions as “quaint” and offered legal rationales that justify torture in cases of “military necessity.”

Bush’s approach to the “war on terror” was in fact a steady descent into the “dark side,” as Vice President Dick Cheney had called it. A subsequent Senate investigation found that the torture program instituted by the Bush administration following 9/11 employed gruesome techniques such as near drowning, forcing detainees to stand on broken legs, threatening to kill or rape detainees’ family members, forced “rectal feeding” and “rectal hydration.” It also offered disturbing details on a medieval “black site” prison in Afghanistan known as the Salt Pit, where at least one detainee froze to death.

The brutal interrogation sessions lasted in many cases non-stop for days or weeks at a time, leading to effects such as “hallucinations, paranoia, insomnia, and attempts at self-harm and self-mutilation,” and produced little to no useful information. CIA agents had illegally detained 26 of the 119 individuals in CIA custody, and the interrogation techniques used on detainees went beyond the methods that had been approved by the Bush Justice Department or CIA’s headquarters (guidelines that were likely overly permissive in the first place). 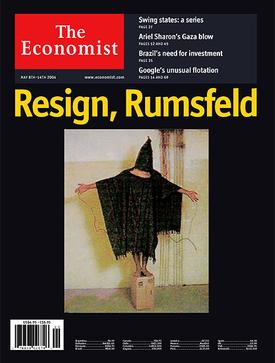 When the Senate torture report was released in late 2014, it was met with calls for accountability from around the world. The United Nations, the European Union, Human Rights Watch and Amnesty International, as well as numerous governments, all demanded that those responsible for the illegal torture program face justice. The U.S. was reminded that as a matter of international law, it was legally obligated to prosecute the perpetrators of the torture program.

Some of the strongest words came from the UN Special Rapporteur on Human Rights and Counterterrorism Ben Emmerson, who stated unequivocally that senior officials from the Bush administration who sanctioned crimes, as well as the CIA and U.S. government officials who carried them out, must be brought to justice. “It is now time to take action,” the UN rapporteur said.

Needless to say, no one was ever prosecuted by the Obama administration’s Justice Department. And now, Obama not only excuses these abuses, but he actually claims that Bush was committed to “the rule of law and the universal dignity of people.” A charitable explanation for Obama’s comments is that he was trying to draw a distinction between the Trump administration and every other president, and to draw this distinction, he made a clumsy attempt to draw an exaggerated contrast. 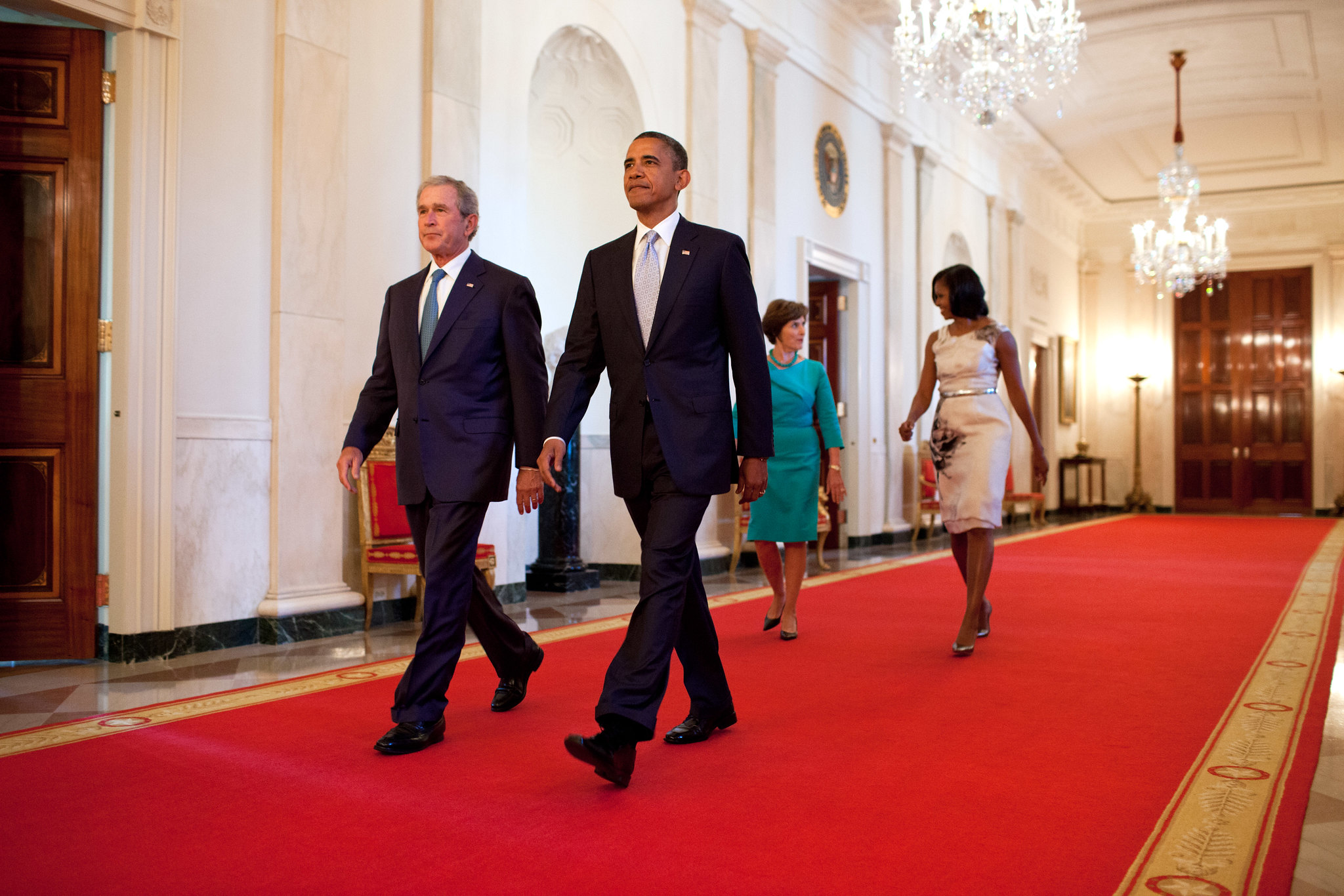 But considering that 6-in-10 Americans now have a favorable view of Bush, almost twice as much as the 33 percent who gave him a favorable mark when he left office in 2009, it should be appreciated how impressionable Americans are and how damaging comments such as Obama’s can be. Much of Bush’s ascent to popularity has come from Democrats, 54 percent of whom now approve of the Bush presidency. Democrats’ change of heart appears to be primarily motivated by Bush’s opposition to Trump, which apparently has absolved him of his many failings while president.

This historic shift in attitudes was abetted by many liberals who have helped refurbish Bush’s image, including daytime talk show host Ellen DeGeneres and former First Lady Michelle Obama.

To hear Barack Obama now making the claim that Bush was committed to the rule of law and human rights is just the latest betrayal of a Democratic Party that has systematically prevented a reckoning for the crimes of the 43rd president, a party that is clearly uninterested in truth or accountability, and is more than willing to rewrite history to advance its political goals.

Only time will tell how America is affected in the long term by this rewriting of history.

Nat Parry is the co-author of “Neck Deep: The Disastrous Presidency of George W. Bush.” Follow him on Twitter: @natparry

This article is from ESSENTIAL OPINION.

← ASSANGE EXTRADITION: ‘Free Speech’ in the US Empire is as Illusory as ‘Free-Range’ Eggs
Bolton Weaves a Tall Tale in His Venezuela Chapter →