After the president’s change of heart on Venezuela, and the waning of Juan Guaidó and his party, the entire Washington political establishment have a lot of explaining to do, says Steve Ellner.

After nearly a year and a half of all-out efforts at regime change in Venezuela which took a major toll on the Venezuelan people, Donald Trump now tells the world he was never big on the strategy in the first place. On Friday, the U.S. president appeared to shove the blame onto advisers, and added “I think that I wasn’t necessarily in favor” of the policy of recognizing Juan Guaidó as president, but “I was OK with it.”

Trump’s statements made it seem as if Guaidó’s only sin was that he did not manage to seize power. This might-makes-right mindset belies what is happening on the ground in Venezuela which is much more complicated than just one leader’s approval rating. It also ignores the horrendous suffering of the Venezuelan people due to crippling sanctions imposed in August 2019, the result of a foreign policy decision that Trump now brushes off as a simple mistake.

A price is being paid even by those in Washington who are singularly concerned with U.S. prestige. The real story is that Washington placed all its faith in an untested leader of a radical, somewhat fringe, party; that strong resentment against the U.S. is now being expressed among Venezuelan leaders and voters who previously thought differently; and that with Trump’s recent statements, U.S. credibility sinks to an all-time low.

The latest news on Trump’s change of heart requires an analysis of the sea of change that has occurred politically in Venezuela. Such an analysis is much needed because Trump’s statement is unexplainable for those whose only source of information on Venezuela is the mainstream media. The analysis is also urgent because this week the White House is walking back Trump’s statement at the same time that Joe Biden is opposing any change in policy.

In spite of these words in favor of staying the course, events have shown that our man in Venezuela, Juan Guaidó, has proved to be adept at (in the words of Bloomberg News) “diplomatic grandstanding” but completely lacking in political realism.

Guaidó’s Recent Botches, One After Another 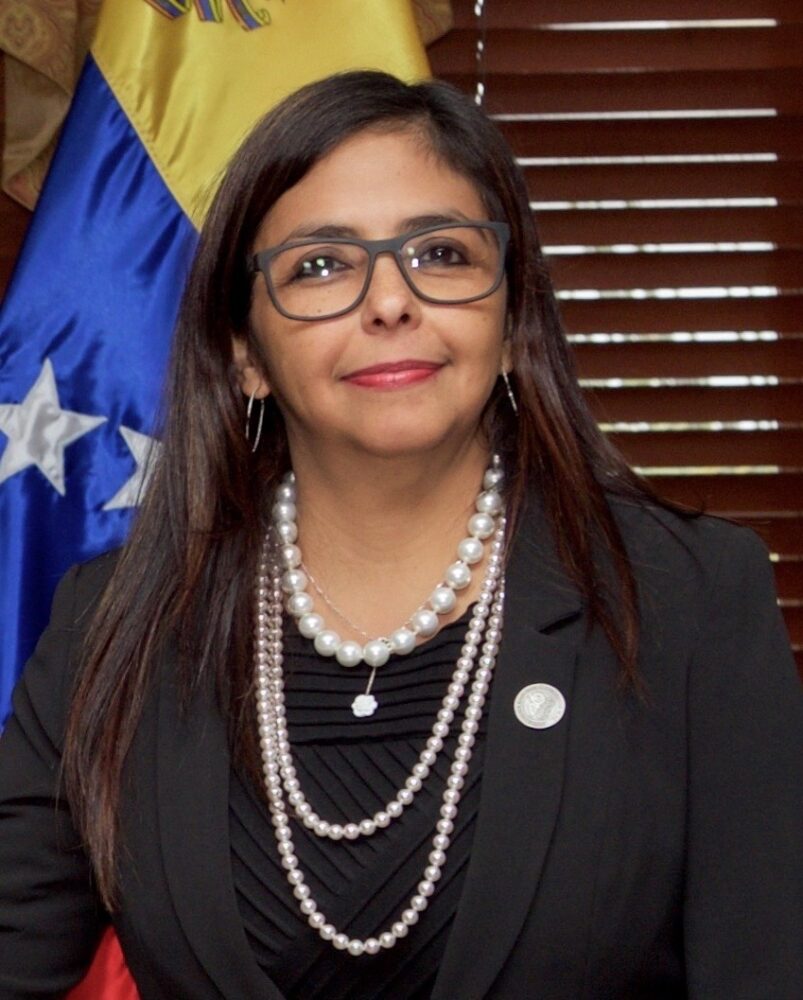 The day before Trump’s statements, Venezuelan Vice President Delcy Rodríguez released several audios pertaining to the oil-giant CITGO which showed how incompetent or corrupt – or both – the U.S.-backed parallel government of Guaidó is.

In February, Guaidó named José Ignacio Hernández as “special attorney,” even though he had formerly represented the Canadian mining company Crystallex in a successful attempt to convince U.S. courts that the Venezuelan government’s debt to the company entitled it to partial ownership of CITGO.

Vice President Rodríguez presented evidence to demonstrate that Hernández is now working for ConocoPhillips, which is also trying to get its hands on CITGO. On May 28, a court in Delaware gave the greenlight to proceed with the sale of CITGO in order to compensate Crystallex. The decision was a blow not only to the Venezuelan nation but also the Guaidó “government,” which the Trump administration had recognized as CITGO’s legitimate owner. Rodríguez’s audios showed how little Hernández was representing Guaidó and company. Just hours later, Hernández announced his resignation.

The CITGO scandal is just the latest in a series of blunders and fiascos which have discredited Guaidó. Last year, the pro-opposition pollster Luis Vicente León reported that trust in Guaidó had plunged from 63 percent at the outset of his initial regime change schemes in January to 40 percent. With the coronavirus crisis underway, another prominent polling firm Hinterlaces, which has displayed greater sympathy for the government, reported that 85 percent of Venezuelans approved the way Maduro was handling the pandemic and 81 percent favored government-opposition negotiations, which Maduro supports and Guaidó has largely opposed.

Then in May came the botched military coastal incursion from Colombia with the aim of capturing Maduro, a venture that was backed by Guaidó and ended up further eroding trust in him. Guaidó pledged $213 million to the scheme, thus raising questions regarding the source of the money and how it is being administered.

Foes of Guaidó in the Opposition 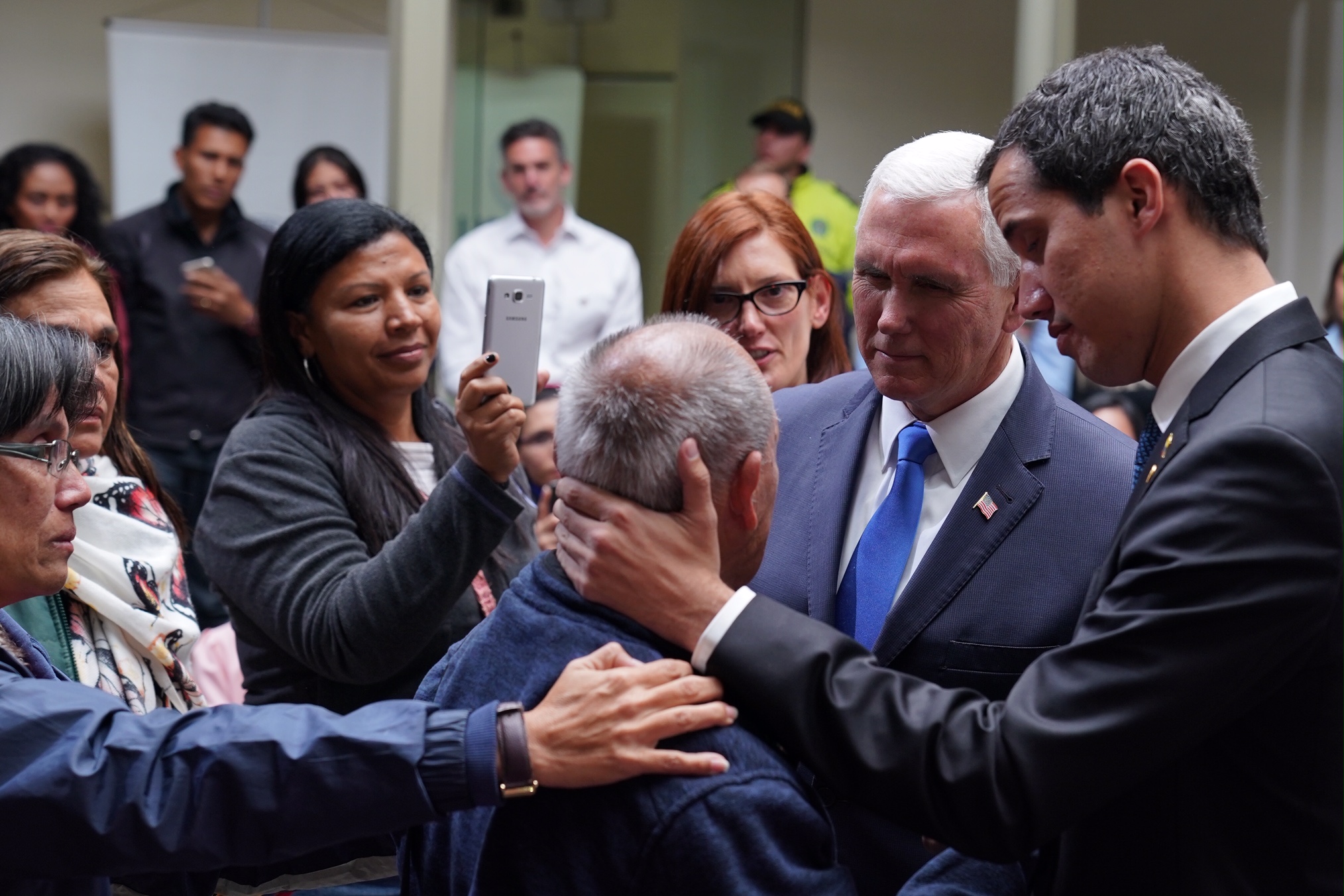 Another incident which called to question the handling of vast amounts of cash was Guaidó’s removal of Humberto Calderón Berti as his “ambassador” to Colombia in November 2019. Calderón Berti reported that humanitarian aid destined to Venezuela was getting siphoned off by opposition operatives. He told reporters “I did not invent this. Colombian authorities alerted me and showed me documents.” Accusations went back and forth but the fact of the matter is that, unlike everyone else involved, the 79-year old Calderón Berti is a reputable statesman and former foreign relations minister with a reputation for personal honesty.

The role of another long-standing politician with an impeccable reputation of personal integrity poses a much greater challenge to Guaidó from within the opposition camp. Claudio Fermín, Caracas’ first elected mayor in 1989, has emerged as the leading figure of Venezuela’s moderate opposition. Fermín since the outset of his career has been conservative on economic policy (as are most other “moderate” opposition leaders) and thus can hardly be accused of being a fellow traveler of the Chavistas (followers of Hugo Chávez).

Up until late last year, the moderates, who favor electoral participation and reject the radical right’s non-institutional road to power, were intimidated by Washington’s support for regime change that was seconded by the international commercial media. But in late last year, the moderates went on the offensive when for the first time they unified by grouping in the National Roundtable Dialogue (MDN). 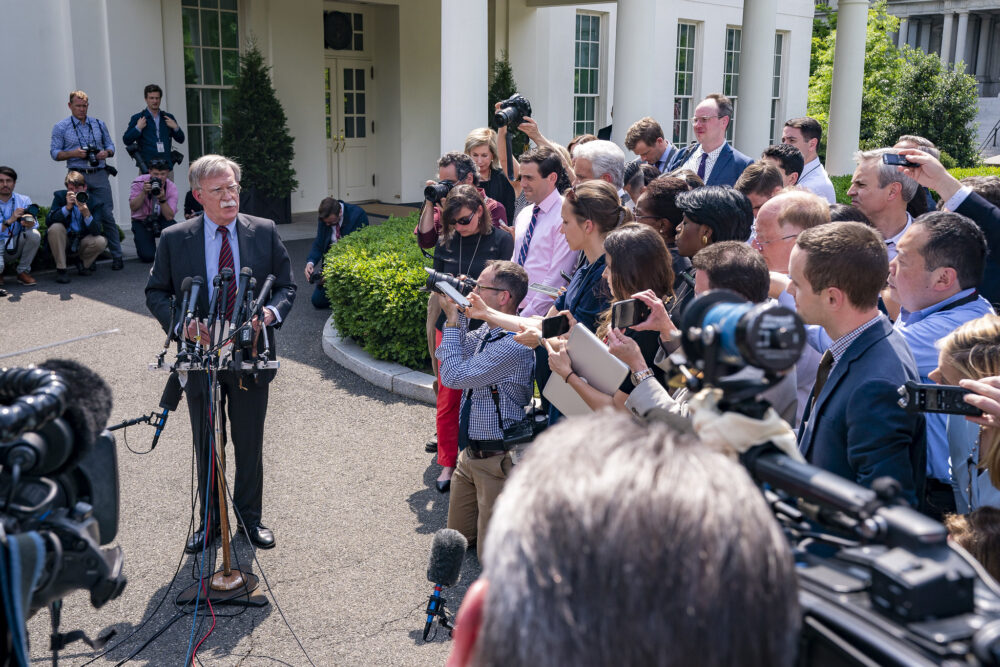 The moderates not only achieved organizational unity, but they began to lash out at the intransigent opposition which, following the line coming from the Trump administration, accepted negotiations only with regard to the terms in which Maduro was to step down from office.

Amazingly, Fermín, whose political background is anything but leftist, accused the Guaidó leadership of collaborating with the imperialists. “Imperialism,” he declared “for the first time is cooking in Venezuelan ovens… It’s the first time we have seen Venezuelans imploring that they intervene in our country.”

Fermín and the MDN openly broke with the radical opposition’s and Washington’s narrative that the entire Venezuelan political system is illegitimate.

Not only does Fermín explicitly recognize the legitimacy of the Maduro presidency, but also the nation’s political institutions. Indeed, the MDN took the initiative of going to the supreme court to argue that the National Assembly, due to internal divisions, would never achieve the two thirds vote necessary to renovate the national electoral commission, and requested that the court appoint its five new members.

The court’s move was denounced by Washington as well as the European Union. 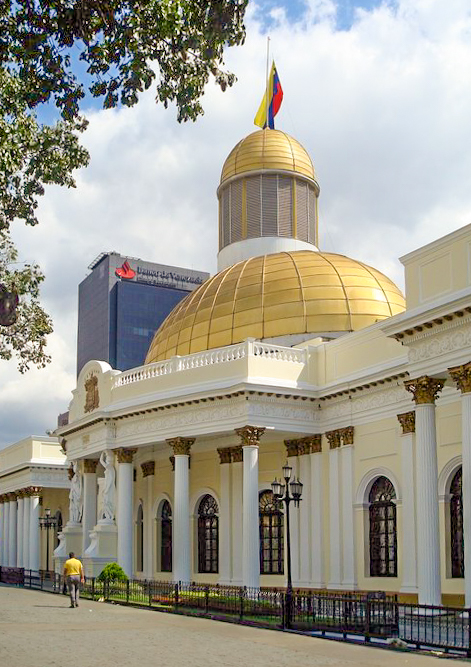 Much is at stake, as the electoral commission will supervise upcoming elections for a new National Assembly that is slated for December. Fermín, who is already preparing to participate in the contest, rules out “any type of alliance with those who defend sanctions and economic blockades against the nation.”

Two of the five new CNE members belong to the opposition and pledge their allegiance to Guaidó but oppose his boycott of the December elections. One of them, Luis Gutiérrez, is the brother of Democratic Action’s organizational secretary. Democratic Action (AD), one of the largest parties of the opposition, is on record for rejecting participation in the December elections but is subject to intense, if not internecine, internal debate over the matter.

The U.S. State Department has threatened to include Gutiérrez in its sanction list.

AD’s internal strife over electoral participation demonstrates how much Venezuelan politics has changed from a year ago when Guaidó counted on the support of the entire opposition in his efforts to topple the Maduro government.

The other big opposition party, Primero Justicia, is also subject to infighting with its ex-presidential candidate Henrique Capriles open to electoral participation. .Bloomberg reports that several Primero Justicia congresspeople have recently called on the State Department to pull its support for Guaidó and switch to the less intransigent Capriles.

Next to Primero Justicia and Democratic Action, Guaidó’s Popular Will is a small fringe party, whose major strength lies in the unwavering support its leaders receive from Washington.

Guaidó and his allies attribute the emergence of the MDN to government payoffs to its leaders.

U.S. Treasury Secretary Steven Mnuchin slapped sanctions on seven MDN congressmen who he labeled “corrupt” and claimed they “tried to block the democratic process in Venezuela.”But the MDN cannot be dismissed that easily. The surveys show majority support for the MDN position on electoral participation and opposition to the new round of abstentionism proposed by the radical right.

In the face of such sharp public opinion shifts in Venezuela, Washington confronts the dilemma of whether to revise its Venezuela policy. But both Trump advisers and Biden are unconvinced by Trump’s realistic assessment expressed on Friday.

On Monday, Trump’s press secretary Kayleigh McEnany stated, “Nothing has changed. He [Trump] continues to recognize Juan Guaido as the leader of Venezuela.” Biden, for his part, criticized Trump’s willingness to talk to “thugs and dictators like Nicolas Maduro.”

These statements are all the more reason to consider what is happening on the ground in Venezuela, as opposed to the wishful thinking of Washington pundits and policy makers as well as commercial media spins.

Washington’s real challenge, along with the corporate media, is how to explain that after calling for a military coup in Venezuela, implementing draconian measures against the Venezuelan economy, labeling Maduro a narcoterrorist, and depositing complete faith in Guaidó, Trump now has had a change of heart. Not only Trump but the entire Washington political establishment have a lot of explaining to do.

Steve Ellner is a retired professor at the Universidad de Oriente in Venezuela and currently an associate managing editor of Latin American Perspectives. He is the editor of “Latin America’s Pink Tide: Breakthrough and Shortcomings” (2020) and “Latin American Extractivism: Dependency, Resource Nationalism and Resistance in Broad Perspective” (to be released later this year).

← COVID-19: The Dangerous Incompetence of Narendra Modi & Jair Bolsonaro
Doctors for Assange Say UK May be Liable for His Torture →