The Palestinian Authority’s investments in Ramallah, particularly in governmental buildings and monuments, solidify the Israeli agenda to deny Palestinians a capital in Jerusalem, writes Halah Ahmad. 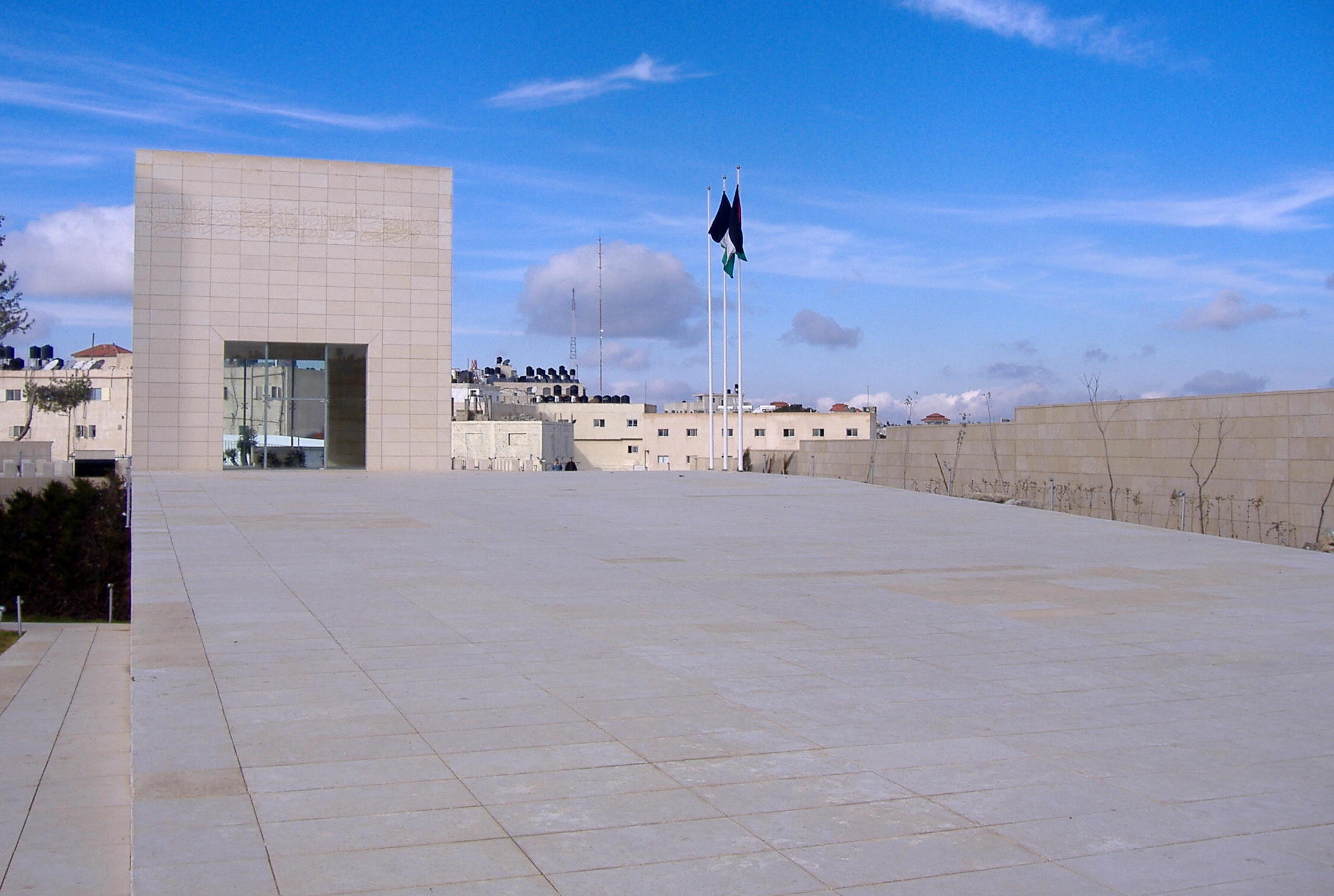 Numerous civil society organizations have highlighted the role of tourism in legitimizing or advancing Israeli land theft in the West Bank, yet few describe how the tourism investments of the Palestinian Authority (PA) can also undermine Palestinian calls for self-determination. The PA’s investments in Ramallah, particularly in governmental buildings and monuments, solidify the Israeli agenda to deny Palestinians a capital in Jerusalem.

Throughout their history of colonization, Palestinians have officially confirmed Jerusalem as the capital of Palestine. While the PA repeatedly invokes this position, many of its investments have centered on Ramallah, the PA’s temporary administrative center. Notwithstanding the PA’s lack of legal jurisdiction over East Jerusalem, its investments in Ramallah obscure this interim status.

In particular, sites built to commemorate key moments in national history, such as monuments  and a concentration of architecturally significant headquarters of government agencies,  universally signify a capital city. As Palestinian academic and urbanist Anwar Jaber argues, this “paradox of Ramallah as a government center” and as the site of such investment can be at odds with the Palestinian national vision with regard to Jerusalem.

The current headquarters of the PA is known as the Muqata’a, in central Ramallah. Historically a British prison in the 1940s and then an army compound during the period of Jordanian rule, Israeli authorities converted the building to a prison and military base after 1967. The building was turned over to the PA after the Oslo Accords of 1994.

During the Second Intifada, the Israeli army besieged Palestinian President Yasser Arafat in the Muqata’a, and much of the compound was destroyed. Arafat was buried in the Muqata’a in 2004 after Israeli Prime Minister Ariel Sharon denied his wish to be interred in Jerusalem. Later, the PA built a memorial and museum in the Muqata’a, physically establishing further national significance to the site. 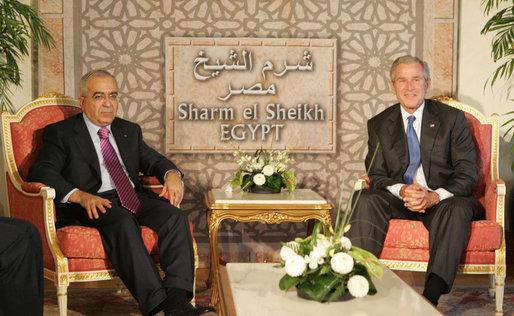 Such government-sponsored investments in the development of Ramallah complement the neoliberal state-building vision of Fayyadism, named for former Prime Minister Salam Fayyad, who during his 2007-2013 term championed a host of such projects. Many have critiqued Fayyadism for the inequality it has propagated as well as its facilitation of an illusory zone of Palestinian freedom in Ramallah, in part by attracting private investment in cultural institutions. Since 2007, at least five new museums have opened in the city, among multiple other sites of cultural significance. At the same time, Israeli authorities have shuttered Palestinian cultural institutions in East Jerusalem.

Ramallah is also one of the few Palestinian cities tourists visit on Zionist-sponsored trips that seek to convey a “two-sided” view of the “conflict.” Yet Ramallah’s apparent prosperity amidst extensive economic and cultural-national investment, which presents a rosy picture for visitors, is in fact coupled with, and enabled by, security coordination between the PA and the Israeli army, such that Israel even mandates that Palestinian President Mahmoud Abbas request military permission from Israel to travel.

Moreover, despite the civil and military control granted to the PA in Ramallah, zoned as part of Area A according to the Oslo Accords, the Israeli army frequently conducts night raids and sudden, mass arrests in the city, breaking the illusion of Ramallah’s exceptionalism within the broader context of the Israeli occupation. The result is a reality in which the PA may be considered at least an implicit co-conspirator in Israeli suppression of Palestinian rights and self-determination.

Meanwhile, the physical investments in Ramallah’s economic, governmental, and cultural capital establish “facts on the ground” that could obscure Palestinian claims to a capital in Jerusalem. Such investments have major implications for the future shape of a state that would include Palestinians.

The Deal of the Century, Trump’s so-called “peace plan,” stipulates that $50 billion in investments be made available for the Palestinian economy should Palestinian leaders accept the deal’s humiliating terms, which would require ceding further territory to Israel and abandoning Palestine’s case against Israeli war crimes in the International Criminal Court. The proposed use of the funds seeks to boost the economy only in parts of Palestine that Israel and the US would allow to exist and develop under their plan.

For example, while the plan claims to establish a Palestinian capital in parts of East Jerusalem already severed by the Israeli separation wall, it designates the Old City and the Al-Aqsa Mosque – the heart of East Jerusalem claimed as a capital by the PA and containing the homes of hundreds of thousands of Palestinian Jerusalemites – for Israel. As a result, the investments offered to the PA through Trump’s proposal are meant to detract from Palestinians’ rightful claims to all of their land, and Jerusalem in particular. 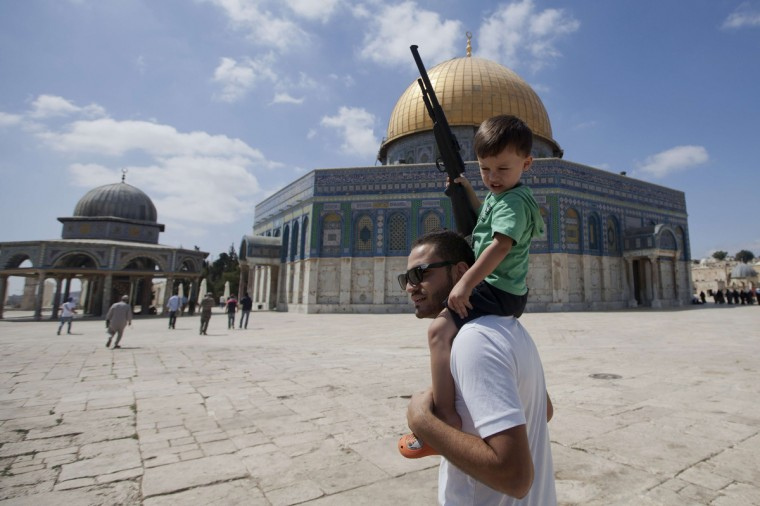 Palestinian man with a child holding a fake gun outside the Dome of Rock at the Al-Aqsa Mosque compound, Islam’s third most holy site, in 2013, after disturbances that caused the temporary closure to the mosque. (Jordi Bernabeu Farrús via Flckr)

While the PA has vocally rejected the plan, its own investments bolstering Ramallah as more than just a temporary government base and continued security coordination with Israel undermines that position, just as the coordination has undermined Palestinian sovereignty since the Oslo Accords and throughout Ramallah’s urban development.

What Needs to be Done

Halah Ahmad is Al-Shabaka’s U.S. Policy Fellow. She completed her Master’s in Public Policy at Cambridge University as the Lionel de Jersey Harvard Scholar at Emmanuel College. She has conducted strategic policy research for government agencies and NGOs in Greece, Albania, Berlin, the West Bank, San Francisco, Chicago and Boston. Her research covers topics of equitable development, including segregation, displacement, refugee integration and resettlement, housing, and economic development, among others. Halah completed her undergraduate degree with honors in comparative religion and sociology at Harvard.

This memo relies on the emerging work of Palestinian academic, architect, and urbanist Anwar Jaber with reference to her PhD dissertation in architecture at the University of Cambridge (2019), in addition to an interview with her. “The paradox of Ramallah” also borrows from the work of Lisa Taraki.

This article is from Al-Shabaka.  To read this piece in French, please click here. Al-Shabaka is grateful for the efforts by human rights advocates to translate its pieces, but is not responsible for any change in meaning.

4 comments for “The Reification of Ramallah: Undermining a Palestinian Capital in Jerusalem”