Now that U.S. officials will be investigated for war crimes, the international court can expect escalating threats and retaliation by the White House, says Marjorie Cohn. 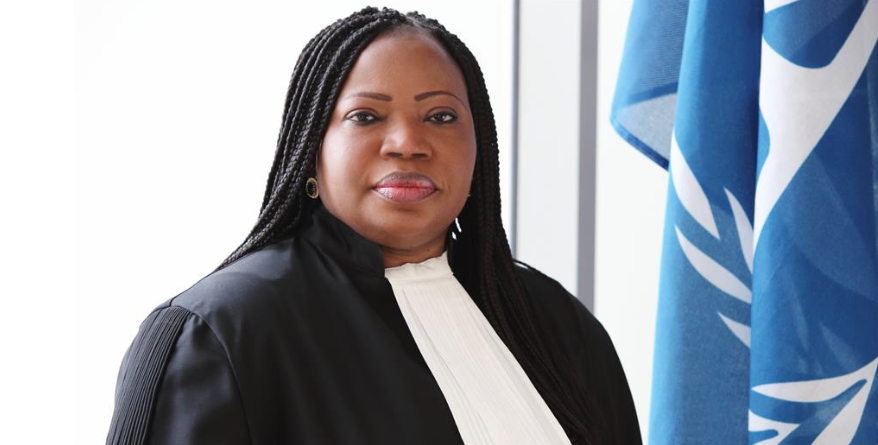 After the prosecutor of the International Criminal Court (ICC) found a reasonable basis to believe that U.S. military and CIA leaders committed war crimes and crimes against humanity in Afghanistan, Team Trump threatened to ban ICC judges and prosecutors from the U.S. and warned it would impose economic sanctions on the Court if it launched an investigation.

Apparently succumbing to the U.S. threats, in April 2019, the ICC’s Pretrial Chamber refused to authorize the investigation that prosecutor Fatou Bensouda had requested.

But in an unprecedented decision, the Appeals Chamber unanimously overruled the Pretrial Chamber on March 5, 2020, and ordered a formal investigation of U.S., Afghan and Taliban officials for war crimes, including torture, committed in the “war on terror.”

Once again, the Trump administration is threatening the International Criminal Court. Following the Appeals Chamber’s decision, Secretary of State Mike Pompeo declared, “This is a truly breathtaking action by an unaccountable political institution, masquerading as a legal body.” He added, “The United States is not a party to the ICC, and we will take all necessary measures to protect our citizens from this renegade, so-called court.”

Pompeo is likely referring to the American Service-Members’ Protection Act, enacted during the George W. Bush administration after it removed the U.S. signature from the ICC’s Rome Statute. Often called the “Hague Invasion Act,” it says that if a U.S. or allied national is detained by the ICC, the U.S. military can use armed force to extricate the individual. Although this provision has not yet been utilized, the potential for its use is frightening.

The impunity that U.S. officials have enjoyed for their international crimes may finally be coming to an end.

“Countries must fully cooperate with this investigation and not submit to any authoritarian tactics by the Trump administration to sabotage it,” Jamil Dakwar, director of the ACLU’s Human Rights Project, said. Responding to Pompeo’s threats, Dakwar noted, “No one except the world’s most brutal regimes win when the United States tries to impugn and sabotage international institutions established to hold human rights abusers accountable.”

Bensouda found the alleged crimes by the CIA and U.S. military “were not the abuses of a few isolated individuals,” but were “part of approved interrogation techniques in an attempt to extract ‘actionable intelligence’ from detainees.” She noted there was “reason to believe” that crimes were “committed in the furtherance of a policy or policies … which would support U.S. objectives in the conflict of Afghanistan.”

The Pretrial Chamber agreed with Bensouda that there were reasonable grounds to believe that, pursuant to a U.S. policy, members of the CIA had committed war crimes. They included torture and cruel treatment, and outrages upon personal dignity, as well as rape and other forms of sexual violence against those held in detention facilities in the territory of states that are party to the Rome Statute, including Afghanistan, Poland, Romania and Lithuania.

But the Pretrial Chamber denied Bensouda’s request for an investigation “in the interests of justice” due to the “extremely limited” prospects for a successful investigation and prosecution because of an anticipated lack of cooperation from U.S. and Afghan authorities. 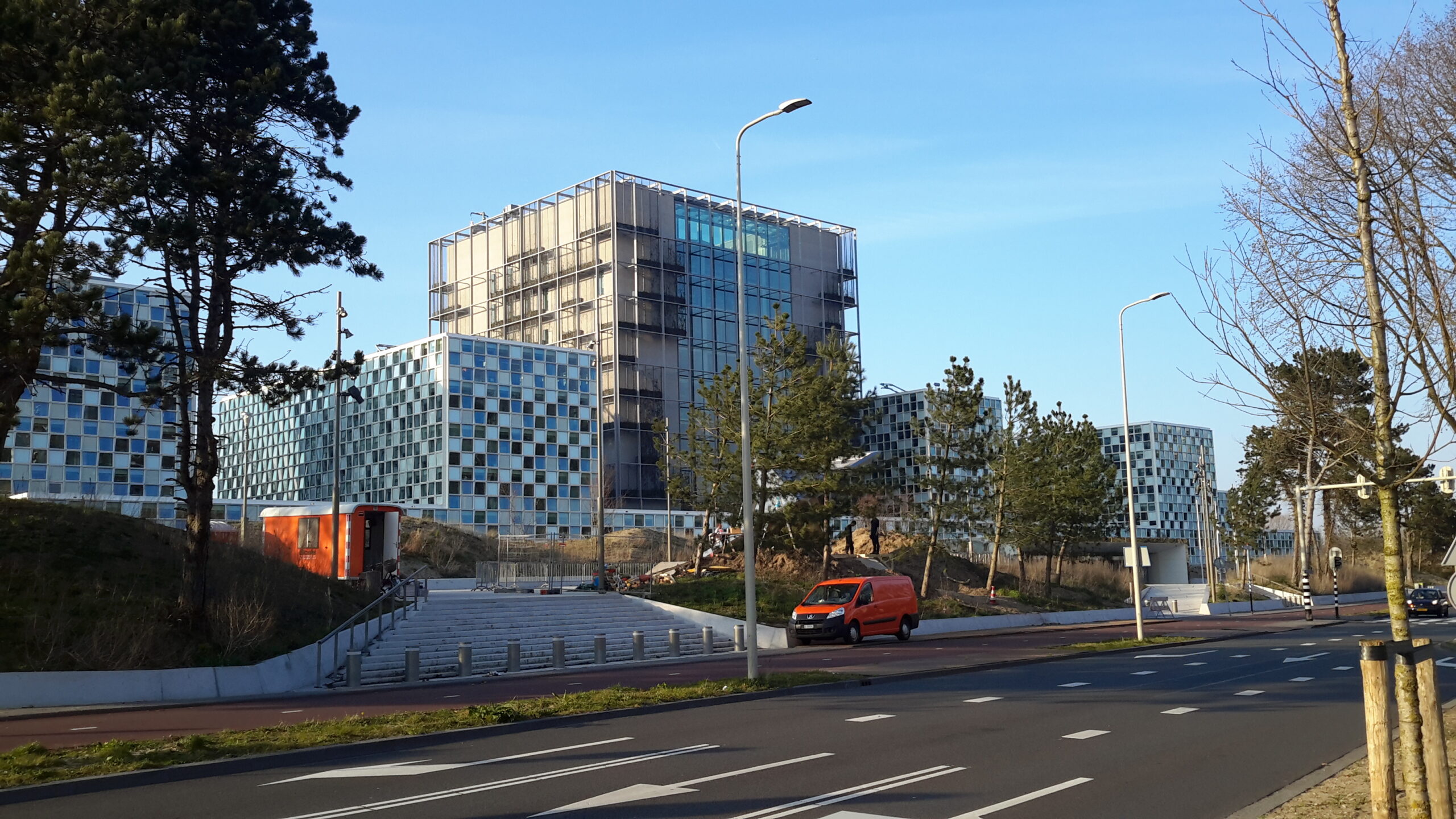 In its groundbreaking decision, the Appeals Chamber authorized the prosecutor to initiate an investigation “in relation to alleged crimes committed on the territory of Afghanistan in the period since 1 May 2003, as well as other alleged crimes that have a nexus to the armed conflict in Afghanistan and are sufficiently linked to the situation and were committed on the territory of other States Parties in the period since 1 July 2002.”

It is not necessary that the criminal acts or apprehension of victims took place in the territory of Afghanistan. For example, if a person suspected of being a member of or associated with al-Qaeda or the Taliban was allegedly tortured or apprehended outside of Afghanistan, the war crime of torture could still be investigated.

The Appeals Chamber noted the Pretrial Chamber’s agreement with the prosecutor that there was a reasonable factual basis and jurisdiction for an investigation. But the Appeals Chamber held that the Rome Statute did not authorize the Pretrial Chamber to make a finding that an investigation recommended by the prosecutor would not serve the interests of justice.

Moreover, the Appeals Chamber concluded that the Pretrial Chamber “did not properly assess the interests of justice” because its reasoning was “cursory” and “speculative,” and there was no indication that it “considered the gravity of the crimes and the interests of the victims.”

The ICC operates under the principle of “complementarity.” That means the Court will assume jurisdiction over a case only if the home country of the accused is unable or unwilling to hold him legally accountable.

Bensouda interviewed thousands of victims during her preliminary examination. About 100 of them joined her appeal of the Pretrial Chamber’s ruling. Victims and their lawyers hailed the Appeals Chamber’s decision and expressed hope that those responsible will finally be held accountable.

One appellant is Ahmed Rabbani, a Pakistani taxi driver who was taken to Afghanistan and described being tortured for 540 days by U.S. actors. He is represented by the human rights organization Reprieve. “If the people who tortured me are investigated and prosecuted, I will be very happy. I would ask just one thing from them: an apology,” Rabbani said. “If they are willing to compensate me with $1 million for each year I have spent here, that will not be enough. I am still going through suffering and torture at present. But I would be happy with just three words: ‘We are sorry.’”

The ACLU represents Khaled El Masri, Suleiman Salim and Mohamed Ben Soud, who described the torture they suffered in Afghanistan between 2003 and 2008. “This decision vindicates the rule of law and gives hope to the thousands of victims seeking accountability when domestic courts and authorities have failed them,” the ACLU’s Dakwar said.

Katherine Gallagher, senior staff attorney at the Center for Constitutional Rights and ICC Victims Legal Representative, also welcomed the decision because it provides hope that justice is available to everyone. “For more than 15 years, like too many other victims of the U.S. torture program, Sharqawi Al-Hajj and Guled Duran have suffered physically and mentally in unlawful U.S. detention, while former senior U.S. officials have enjoyed impunity,” Gallagher said. “In authorizing this critical and much-delayed investigation into crimes in and related to Afghanistan, the Court made clear that political interference in judicial proceedings will not be tolerated.”?

But in light of the Appeals Chamber’s landmark decision holding that U.S. officials will be investigated for war crimes, we can expect escalating threats and retaliation against the ICC by the Trump administration.

← Nuclear War Could Devastate US, Even if No One Shoots Back
Federal Judge Orders Chelsea Manning Released from Jail →