Washington could only safely use a fraction of its arsenal without killing Americans with an unintended adverse series of cascading environmental effects, writes Joshua M. Pearce. 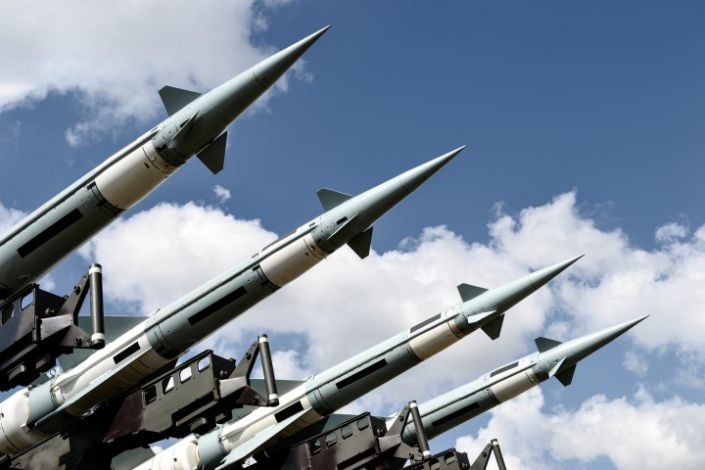 The U.S. has thousands of nuclear weapons stockpiled. (3d generator/Shutterstock.com)

By Joshua M. Pearce
The Conversation

The White House’s 2021 budget calls for $28.9 billion for the Pentagon for nuclear weapons and a 20 percent increase to $19.8 billion for the National Nuclear Security Administration.

Yet the U.S. already has over 3,000 nuclear weapons. And my research shows that the U.S. could only safely use a fraction of them without killing Americans with an unintended adverse series of cascading environmental effects.

My models and those of others show that soot from the burning of cities following numerous nuclear blasts would cause a significant drop in global temperature, blocking the sunlight from reaching the Earth’s surface. This would cause a drop in precipitation, increased ultraviolet radiation resulting from a badly damaged atmosphere, and a breakdown in supply chains and food production.

The study my colleague, David Denkenberger, and I did shows how damaging a nuclear attack using several nuclear weapons would be for the aggressor nation.

You have probably heard of “nuclear winter.” That’s when multiple nuclear weapon strikes cause cities to burn, putting massive amounts of smoke into the upper atmosphere and blocking sunlight for years. The resultant agricultural loss would cause massive global starvation.

The agricultural loss from the less-known “nuclear autumn” – meaning a smaller amount of smoke – would range from a 10 percent to 20 percent drop in global agriculture. That’s enough to cause widespread food shortages, still causing many millions of people to starve.

Every nation willing to use its nuclear weaponry must determine whether it has the ability to survive the problems of its own making. Nations with nuclear weapons all ascribe to the concept of nuclear deterrence – the idea that more nuclear firepower is intimidating and makes other countries think twice before picking a fight.

My colleague and I wanted to know: How many nuclear weapons could a country use against an enemy without causing a nuclear autumn and killing their own people?

First, we determined how many nuclear weapons would be enough to provide substantial deterrence for a “worst case” enemy – the most populous target nation. We looked at the threat posed by a number of different countries, from those with around 100 weapons, like India or Pakistan, to Russia, which has about 7,000.

We estimated that, if 100 nuclear weapons hit China’s most populous cities, initial blasts would kill more than 30 million people. This would kill a higher fraction of the population than even severe pandemics, destroy China’s economy and would almost certainly destabilize its political system.

It would be even worse for any smaller country — providing plenty of deterrence to prevent any other nation from attacking.

Next, we looked at the impacts on the nuclear aggressor. We optimistically assumed no accidents; all nuclear weapons hitting their targets, whether that was 100, 1,000 or 7,000; and no retaliation of any kind.

We built a model of the burnable material in cities: how much would burn in a nuclear attack, how much of that would turn into smoke, how much of that smoke would make it into the upper atmosphere. Then, we used the result of climate and crop simulations to predict the impact on food supply. Finally, we coupled this with food storage to predict how many people would starve.

Our results showed no Americans would die in the scenario of the U.S. using 100 weapons. The U.S. is blessed with a large amount of agricultural land compared to the population, so the country is resilient to industrial loss and mild nuclear autumn if Americans cooperate and share resources.

If Americans used 1,000 nuclear warheads against an enemy and no one retaliated, the U.S. would see about 140,000 Americans die, due to the burning of cities in other countries, causing environmental catastrophe at home from lower food production.

If the U.S. attempts to expand our stockpile as recently proposed and then used 7,000 nuclear weapons, even if everything went perfectly our way, at minimum 5 million Americans would starve.

This analysis severely underestimates the number of dead Americans, since we assume severe rationing, which is the best way to keep the most people alive when there is this level of food shortage without alternative food.

Compared to other nations, if the U.S. used its entire current nuclear arsenal, it is the best case for surviving nuclear autumn – losses to industry and a 10 percent food shortfall. Other countries are far worse off.

If a country with fewer weapons, like North Korea or Israel, fired off relatively few nuclear weapons and triggered nuclear autumn and were not hit by any in return or suffer retaliation, they would be harming themselves. Our model shows that they would lose 60 percent and 80 percent of their populations, respectively.

China would expect to lose 70 percent of its population in a nuclear autumn, even if they were the ones lobbing the missiles.

Overall, we found that limiting America’s arsenal to 100 nuclear weapons still provides nuclear deterrence, but avoids the worst of the probable effects of a nuclear autumn. It is clear by cutting down on nuclear weapons, the U.S. actually would save money making the safe decision.

Joshua M. Pearce is professor of materials science and engineering; and electrical and computer engineering at Michigan Technological University.

20 comments for “Nuclear War Could Devastate US, Even if No One Shoots Back”